I’ve written a bit in the past about live-streamed role-playing games, and don’t really feel the need to do regular reviews of on-going live-stream series. That said, this past month has seen the start of some new seasons with changes in game and player line-up and other events.

With that in mind, I’m presenting a quick review of some of the latest news in the world of live-streamed role-playing games. 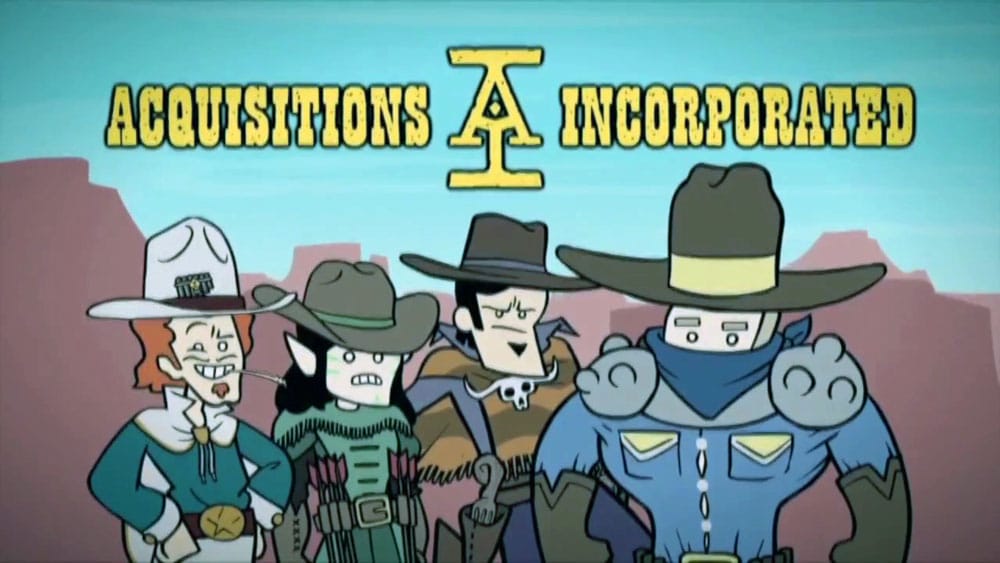 The recent PAX South convention in Texas unveiled the new team change for Acquisitions Incorporated. After last season, the 2016 PAX West show, and a Christmas special, Scott Kurtz (Binwin Bronzebottom) has officially left Acquisitions, Inc. to strike out on his own. Replacing Scott/Binwin is Morgan Webb returning as ranger Morgaen.

In the aftermath of Acquisition, Inc.‘s recent setbacks due to their rivals at Dran Enterprises, the gang is working out of a tavern in Waterdeep and hatches a plan to heist a magic war-hammer from a heavily-guarded warehouse. As expected, many unexpected events occur. Morgaen fills in well as a replacement for Binwin as she exhibits many of those same impulsive, often ill-advised actions Binwin was so known for.

In addition to Morgan Webb/Morgaen are the usual suspects: Jerry Holkins/Omin Dran, Mike Krahulik/Jim Darkmagic, and Patrick Rothfuss/Viari, along with Dungeon Master Supreme Chris Perkins. The show was originally broadcast on Twitch, but is also now available on YouTube.

As I mentioned, Scott Kurtz has decided to move on and let someone else take the spotlight at Acquisitions, Inc. This decision was not the result of any kind of bad blood between Scott and the Penny Arcade crew. It was more an acknowledgement that to everything there is a beginning, middle, and end–and that his time as an Acquisitions Inc. intern had come to a pass.

So what’s next? Scott will still be a regular fixture of the PAX conventions, of course. And he’s working on a RPG/puzzle hybrid game based on the Binwin’s Minions webcomic. The game is still at its very early stages. Reportedly, Chris Perkins ran an introductory adventure for Scott at PAX South, but as of yet there is no broadcast available. 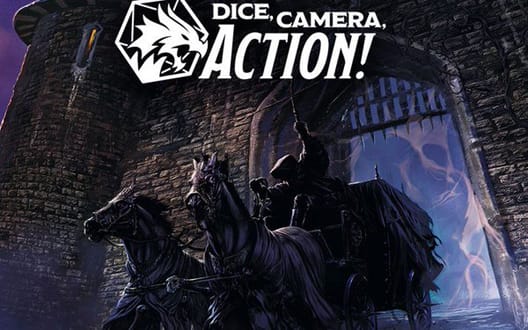 Season Two sees the return of the gang to the Forgotten Realms for a turn at Storm King’s Thunder (which I reviewed a couple of months ago).

It’s a great cast that works well together. Evelyn, the paladin of Lathlander is a personal favorite with her exuberance and role-playing skills. Tiefling Strix, too, is a lot of fun–particularly in her strained relationship with Evelyn. The new season also features a new opening animation which gives viewers a nice idea as to what the characters are supposed to look like.

The show is broadcast live on Twitch Tuesday evenings, and made available on YouTube afterward. Check out episode one of the second season below. 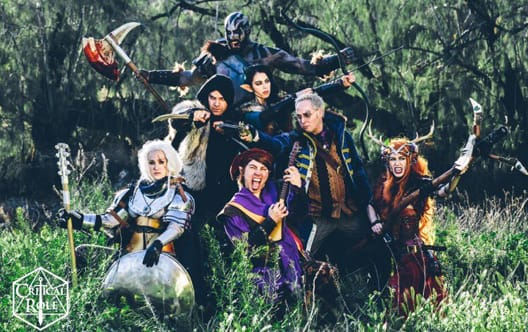 With the support of Geek & Sundry, Critical Role continues to be a fan favorite. 85 episodes strong and going! The most recent episode was so full of drama and feels that even Reddit covered the topic with extreme spoiler warnings. All I’m going to say is that there is a MAJOR character event which, unsurprisingly, affects the whole Vox Machina crowd.

If you’ve not been keeping up with their adventures, it’d be worth giving it a go. Story-wise, you get a lot. Matthew Mercer still does an outstanding job as DM and his range of voice-acting skills adds a fun level of immersion into the storytelling.

This is a big episode for Scanlan and Grog fans. There is something to be said for streaming a D&D game being played by professional voice actors. To see what I mean, check out episode 85 (Season 5, episode 29). If you want to watch future episodes live, they are broadcast on Twitch from x to y.

So far I’ve been reporting on live-streams featuring D&D material. Sure, there are live-streams on Twitch and YouTube featuring other games, but none that seem to be supported by their brands–at least not in any production-value sort of way. This is a shame.

As much as Dungeons & Dragons is a great system, it’s not the only one.

We had a great first season of HarmonQuest featuring the Pathfinder system with support from Paizo, but while there was a lot of RPG verisimilitude, it seemed more improv performance than improv gameplay. Still, it’s nice to know the second season is in production. Lately, though, there haven’t been many quality Pathfinder live-streams of late.

As we get closer to the release of Starfinder from Paizo. I’m hoping for some quality live-stream demos of gameplay.

I’ve talked in the past about Wil Wheaton’s creation Titansgrave: The Ashes of Valkana from Green Ronin and a gameplay series from Geek & Sundry. Sure enough, word is that season two is still a thing and something we may see after the fourth season of Tabletop–in the fall of 2017.

Green Ronin is going to be publishing sourcebooks based on the Critical Role series, so maybe there will be some Critical Role treatment for Fantasy AGE sometime down the line. Why not? 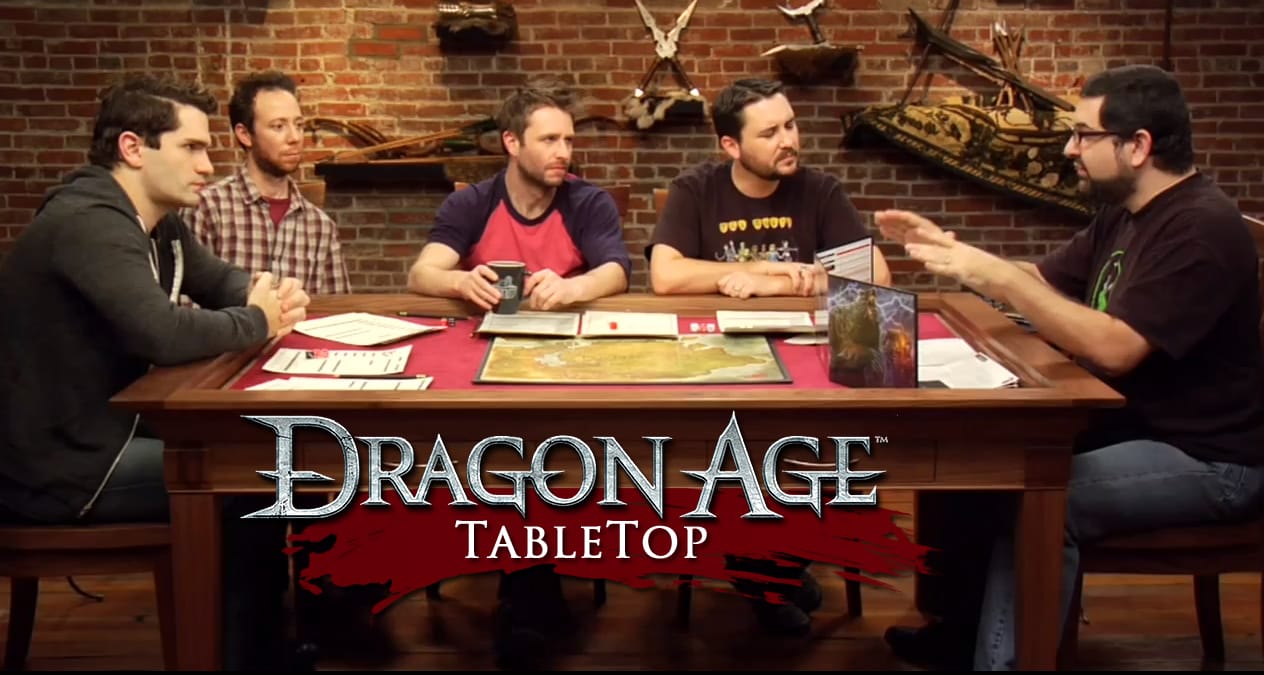 Until then, you can get a taste of what Fantasy AGE is like by looking at its predecessor, Dragon Age (the tabletop RPG) on TableTop.

So those are just some examples of the bigger names in live-stream role-playing games. There are hundreds, nay thousands, of other live-streams available for viewing on Twitch and YouTube. Some are people sitting around a table; others make use of services like Roll20 and Fantasy Grounds.

There are way too many to try and review, but I can at least recommend you searching them out yourself for a bit of hit or miss. I think you’ll find more hits than misses if you enjoy this sort of thing.