It was a Sunday night at Christmastime, as I lay under the tree watching the season finale of Westworld.

After a while, I start thinking, “Man, this episode feels longer than normal.”

I didn’t know it was slated for 90 minutes. The prevalence of serial, hour long prestige dramas in this golden age of Too Much TV already got to me a while ago – I just don’t have this much free time to pay this much attention! But now I gotta hang in here for 90 minutes? 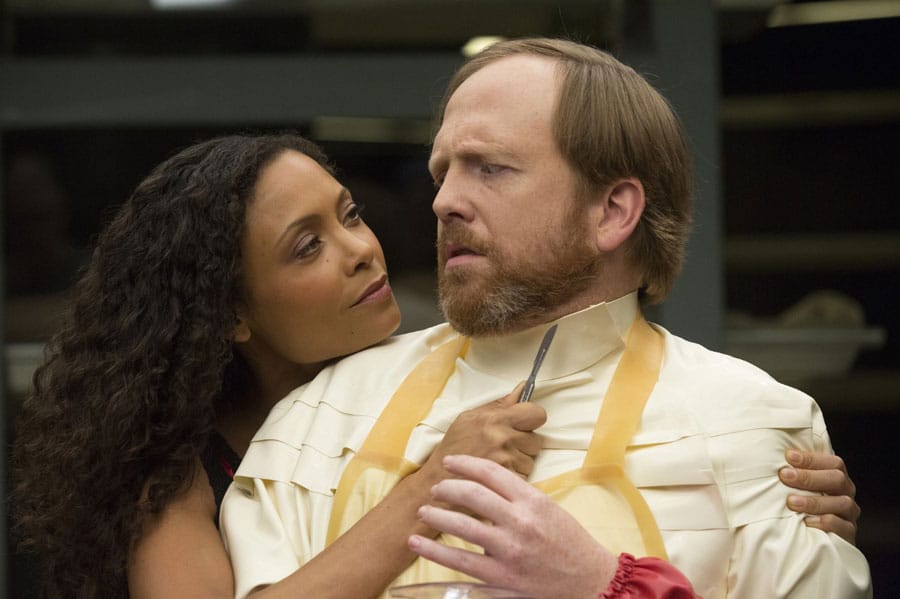 Yet there I was, watching even more of this mysterious, atmospheric, always foreboding parade of dramatic blue balls.

Not that I didn’t like Westworld. I did like it, because there was a lot to like: the costumes, the music, the acting. But yo, the plots, though. The plots.

So many balls thrown into the air, so much setup and meaningful glances, so much murder. So little characterization, after all this time. Ultimately, the show took 10 episodes to tell a story that could have been told in six or eight. Or, as Kenan Thompson said in a recent Saturday Night Live sketch, “I thought the finale could have been the premiere.”

Think about how mind-blowing Westworld’s big reveal – that William and the Man in Black were the same guy, in different time periods – was supposed to be. The show moved so slowly that folks figured out the twist already. And then, once the finale got here, the show made the twist immediately obvious, but then took a ton of time to deliver the reveal. 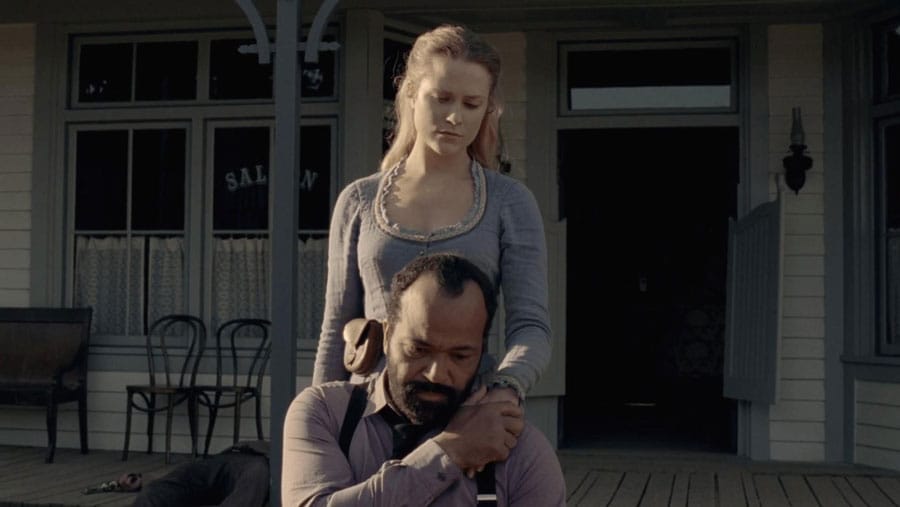 But each character had been drawn so thinly that the surprise didn’t matter. Ultimately, I didn’t care about either character, at all.

I’m tired of shows that set up the big conflict in the first episode, and then take a dozen hours of my time inflating the story with pattern-holding instead of just getting to the good stuff or filling those patterns with good character work. After so much setup and anticipation, the payoff fizzles.

It’s part of why I left The Walking Dead. It’s why Boardwalk Empire lost its allure. It’s why I wanted to fast-forward through entire episodes of Daredevil and have yet to watch the second season.

Maybe that’s why The Good Place caught me so off guard. 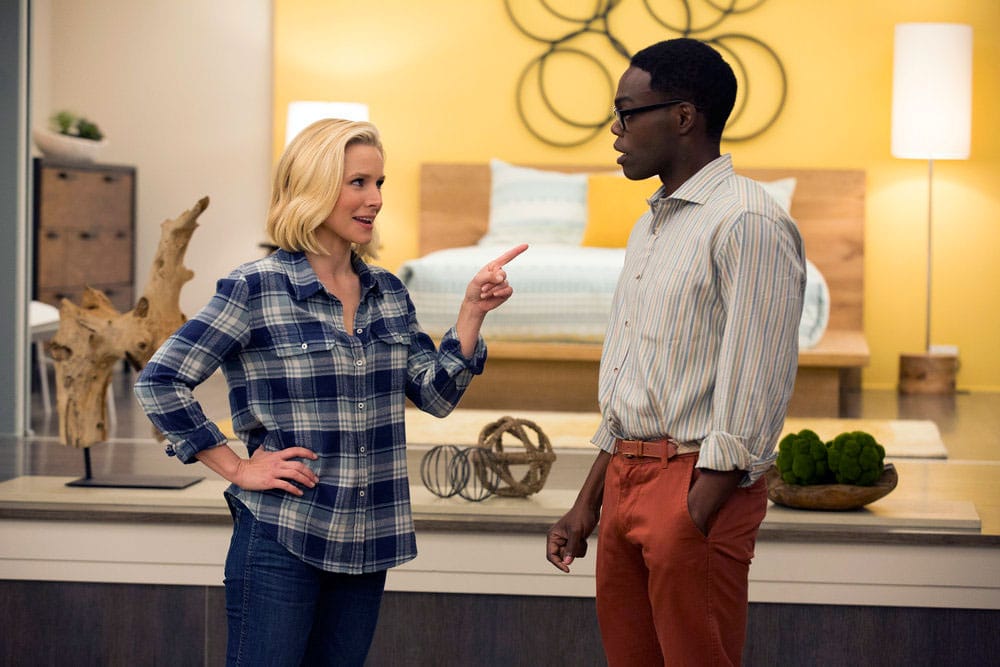 The show was as high-concept as you could get: Eleanor (Kristen Bell) wakes up in the afterlife, a form of heaven simply called The Good Place. But her archangel boss, Michael (Ted Danson), unknowingly picked the wrong Eleanor, and she’s there by mistake.

Bang, there’s a twist! How will Eleanor stay in The Good Place? Will she be found out?

In the process of following that plot, The Good Place presented lots of character development as Eleanor learns, well, character development. Her soulmate/housemate Chidi, a philosopher, teaches her ethics, sending the show into some pretty brainy territory for a primetime network sitcom.

In other words, classic touches by co-creator Michael Schur, who cut his teeth writing The Office before going on to make Parks and Recreation and Brooklyn Nine-Nine as well as The Good Place. Schur’s formula includes brainy nerdscapes, emotionally powerful characterizations, joke-a-minute dialogue, and diverse ensemble casts. 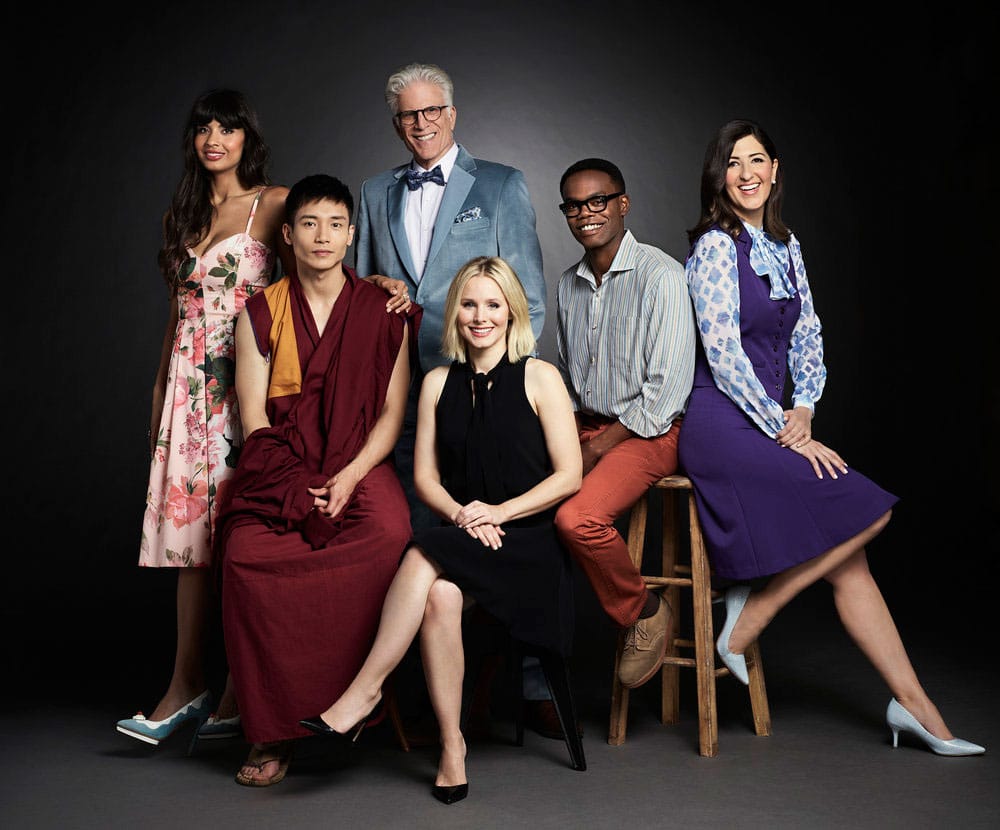 But little did I know that The Good Place was chock full of mystery, too. Each episode drew the viewer deeper into the intrigue of this false Eleanor and her effects on everything and everyone around her. Each episode ended on a twist and cliffhanger that made you want to binge on the next installment.

And then … and then … the big twist, and its stunning reveal. Holy forking shirtsnacks! A masterpiece of plot and performance.

It’s so good that I don’t even feel right saying it. But I will say this. It was a twist of such enormity that it recasts the entire series in a different light. It was a twist that I didn’t expect at all. The characters had been so well made that it was easy to sink into them, only to watch the rug be pulled out when I didn’t expect it at all. 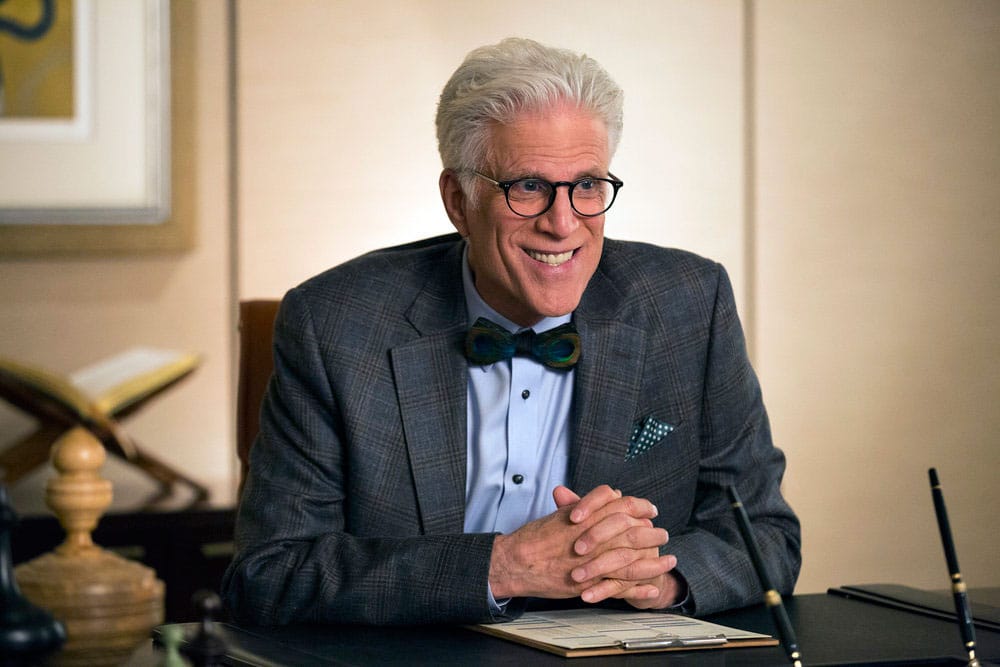 It was the kind of twist that makes inconsistencies in the show suddenly make sense, that is so big that you question it and keep thinking that it’s just a trick by the good guys. And it was a twist that brings out the best acting of the series in everyone, including perhaps the greatest scene of Danson’s career.

If you’re gonna center your show around some big mystery, then let’s get on with it. Distract me. Intrigue me. Make me care about the characters so much, and make them into real people so much, that I won’t get bored or abandon ship no matter how slick your production, how cool your concept.

Keep up the good work, The Expanse. I like your world-building and sociopolitical engineering.

You hear me, Taboo? You’re on notice. 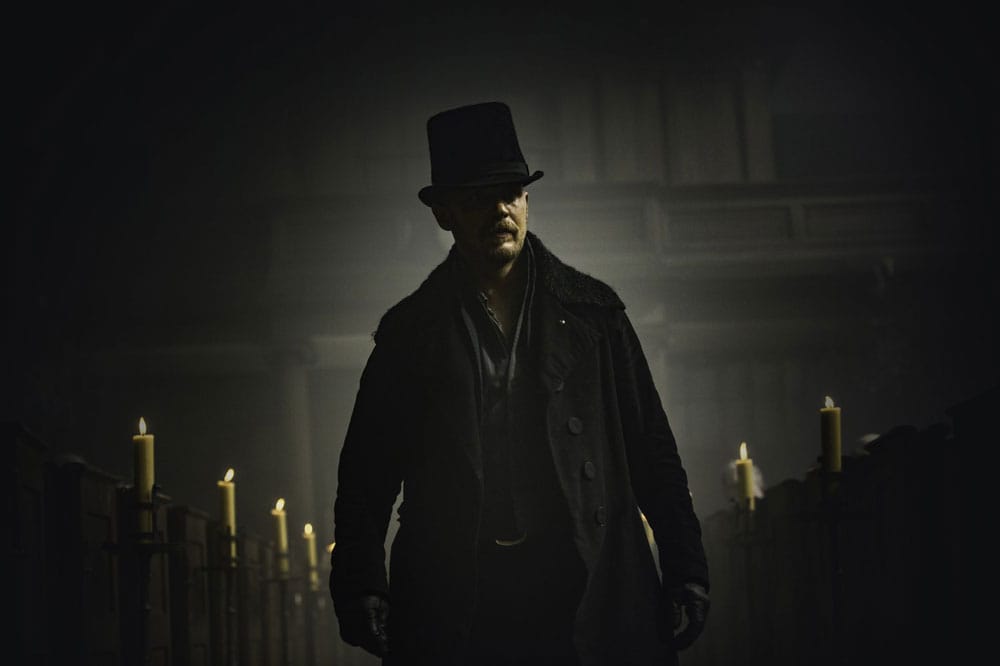 Sure, the setup of the show is engaging, with all the muck and mayhem and corporate savagery in a Sweeney Todd, there’s-a-hole-in-the-world-like-a-great-black-pit London. Not to mention the walking figure of white guilt while still playing on the trope of the white man who gains magic powers while going native?

Tom Hardy has one of the most riveting screen presences today; his simple, silent glare screams menace, and his swaggering strut through London in his top hat and 75-pound greatcoat could take up entire episodes on their own. Who doesn’t love watching Jonathan Pryce being super-evil and yelling “fuck” a lot?

But, good grief, the plot has gotta get moving for real, and give us more than Grand Guignol squalor and rutting. Give me reasons to care about these characters as people, not as archetypes.

Because, more and more, I won’t care about whatever the big mystery is. Or I may have guessed it already.

In this article:Mystery, Storytelling, Taboo, Television, The Good Place, Westworld