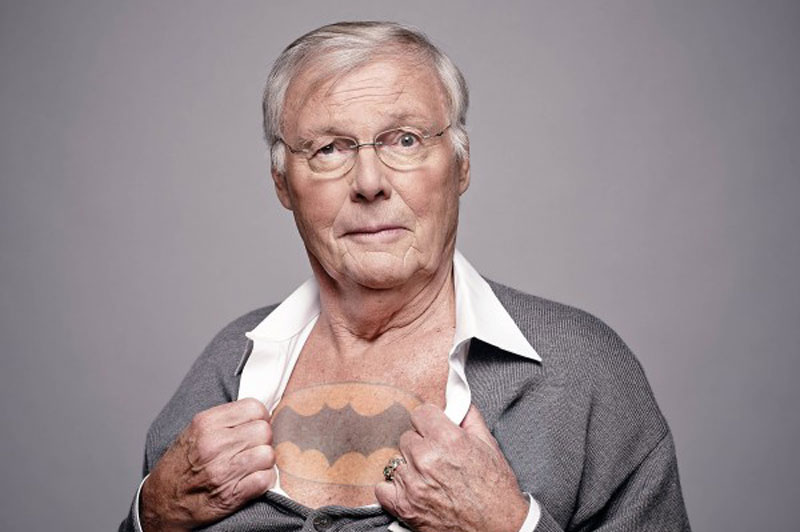 Gotham comes to Charm City when the iconic Adam West, who played the role of Batman on television in the Sixties, guest stars in an upcoming episode of Powerless as Dean West, chairman of Wayne Industries.  Following an attack on Gotham City, Wayne Industries has to make some cuts and Mr. West visits Charm City to deliver the bad news to Van and Emily.  Will the dynamic duo of Van and Emily be able to save the team at Wayne Security, or are our Charm City Heroes destined for the unemployment line?

Executive producers Patrick Schumacker and Justin Halpern said, “Powerless is billed as DC’s first comedy, but we’ll always view Mr. West as the founding father of comedy in the DC Universe, thanks to his work in the original Batman television series. We are thrilled to have the opportunity to work with a living legend.”

About Powerless
In a world where humanity must cope with the collateral damage of Super Heroes and Super‑Villains, Emily Locke (Vanessa Hudgens) is Director of Research & Development for Wayne Security, a subsidiary of Wayne Enterprises that specializes in products that make defenseless bystanders feel a little safer. Full of confidence and big ideas, Emily quickly learns that her expectations far exceed those of her new boss Van Wayne (Alan Tudyk) and officemates, so it will be up to her to lead the team toward their full potential and the realization that you don’t need superpowers to be a hero. Danny Pudi, Christina Kirk and Ron Funches also star.