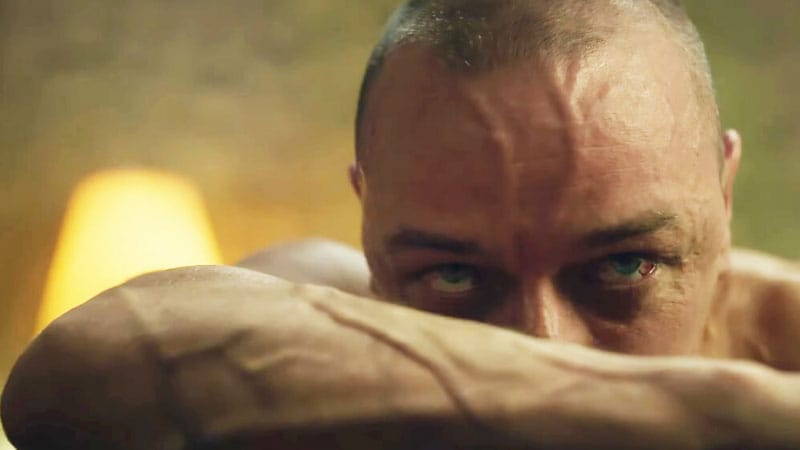 In the future, when aliens from another galaxy sift through the radioactive dust that was once our planet, they’ll likely think the human race exclusively wore spandex and shot lasers out of their orifices. They’ll base this assumption on the endless series of films, comic books, whatever the plural of thermos is, lingerie and taint tattoos depicting our superheroes. Thanks to Marvel’s cinematic forays, we just can’t get enough of these stories. And thanks to DC’s attempts in the field, they may literally be humanity’s undoing.

But this level of quality can’t last forever, right? DC has already stumbled several times, and Marvel has to realize that audiences are starting to get a little bored with every single villain planning on blowing up the entire planet using only the power of super punches. With two DC cinematic universe movies, three Marvel cinematic movies, and another ten non-tentpole comic book movies releasing just this year, it’s very likely that our nerdy eyeballs will melt out our ears.

So how do we avoid this superhero fatigue without simply watching other types of movies (which is obviously not an option)? I believe there is a possible changing of the guard deep in the shadows of the movieplex. Stan Lee, you have a new competitor. M. Night “Twist, My Dog Is Actually A Watermelon” Shyamalan.

Shyamalan’s new movie, Split, in lieu of a traditional twist, reveals itself to be set in the same universe as Shyamalan’s underrated-but-fantastic Unbreakable. Part of my goal in this article is to get you watch that movie if you haven’t, because I care about you.

Unbreakable is the story of a security guard, played by Bruce Willis and named David Dunn (a classically alliterative superhero name), who survives a horrific train wreck entirely unscathed. This attracts the attention of a comic book storeowner named Elijah Price, played by Samuel L. Jackson, who suffers from Type I osteogenesis imperfecta which gives him exceptionally brittle bones.

Pierce, unable to go outside much growing up, read thousands of comic books and believes that if he is so brittle, there must be somebody out there his polar opposite. Somebody with UN-breakable bones, as it were.

The movie itself revolves around Dunn’s dissolving marriage and his own dissatisfaction with how his life has turned out. He begins to learn of his super power alongside his son, and little Dunn stands in for the audience, wondering at his father’s transition from depressed security guard to empowered agent of justice. Buried at the center of what is ostensibly an origin film is a focused story about a family on the rocks learning to deal with what they’ve become over the years.

I’ll try not to spoil the rest as there are a few twists and turns, but if you haven’t seen it, I highly recommend viewing it before you watch Split, but I wouldn’t say it’s necessary.

Bruce Willis’ David Dunn pops up at the end of Split, identifying Split as being in the same cinematic universe as Unbreakable. 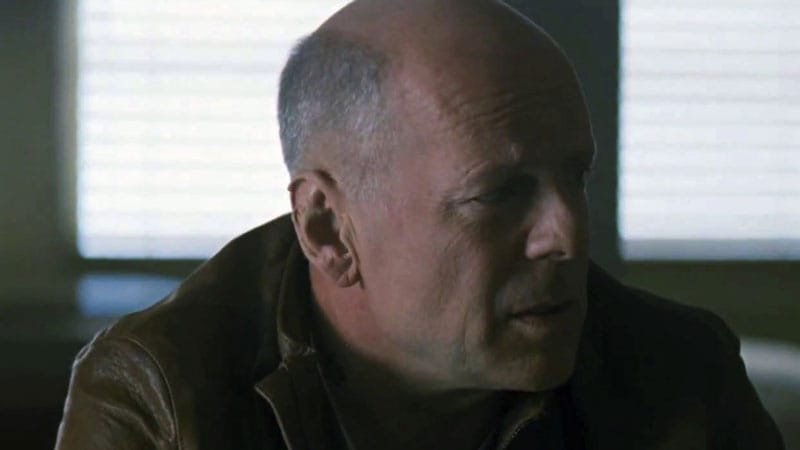 This twist massively opens up the possibility of a true contender for the movie universes of DC and Marvel. And I think it could be the best thing to happen to comic book-style movies since Iron Man. And since this is the internet, I decided to make a brief list to demonstrate why this might be the case.

Beholden To Nothing And No One

Inevitably, whenever a new DC or Marvel movie comes out, there are always massive complaints about how the filmmakers changed the story, screwed up the costumes, ignoring the indisputable whiteness of The Flash’s girlfriend etc. But Shyamalan’s universe is beholden to nothing and no nerd. Every single story we see will be original. His stories are allowed to work however they need to work, utilizing as many or as few superheroes as needed.

By starting from scratch, there’s nowhere the films are forced to go. And there’s no obscure canon to scour through and compare with the films beat for beat. There aren’t any back issues of Dr. Captain Unbreakable Bruce that we can reference whenever we want the opposite sex to stop talking with us.

Unbreakable is about a superhero with super strength and some super perception, sure, but it still feels grounded in a realistic way. Unlike similar “off-brand” super hero movies like Chronicle (where the heroes can fly and throw lightning and spears with their minds), David Dunn is exceptionally strong, but can’t swim. He will drown in water, which our savvier readers will note covers freaking 71% of the Earth. And the super villain is just smart. He’s no better or worse than Stephen Hawking.

Split doesn’t even appear to have a superhero in the film outside of Bruce Willis’ appearance for a near-literal seven seconds. There’s a super villain, but he’s “defeated” by a normal girl who is emboldened by the experience and appears ready to fight back against her sexually abusive uncle. If you read that and thought, “Holy crap, that’s dark,” then allow me to carry you to the next point.

One of the biggest complaints with Marvel and DC movies recently is that there’s nowhere to go, stakes-wise. Only so many times can we be threatened with “the whole earth will blow up, this time totally for real,” before we start to lose sight of that as a legitimate problem. And the way they do it is getting crazier. They’ve done everything from picking up and dropping whole cities, terraforming Earth with giant space crabs, and blowing up…rainbow…bridges? Or maybe that’s a good thing? The point is, these threats are increasingly difficult to understand and relate to us as real people on the far side of a rainbow bridge. Of course, Marvel and DC producers won’t blow up earth; where would they store their billions? 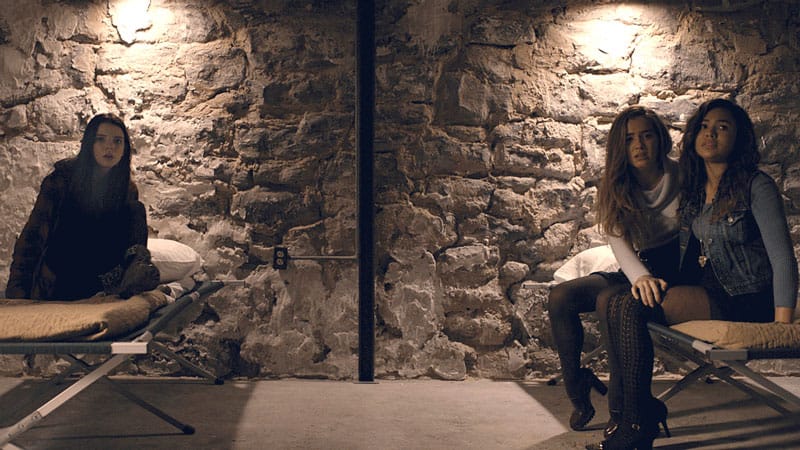 As I alluded to earlier, Shyamalan’s films are grounded and have real hearts at the center of them. Nobody in his movies is trying to end the world. The villain in Split is just after three girls, and in Unbreakable the bad guy is just trying to discover a superhero. Most of the actual important characters are real people. This gives us a “regular people” view of the conflict that we rarely see in these types of films.

Characters Can Die, For Real

This is something of an offshoot of the first point, but we don’t know anything about these characters. Nobody is safe. A decent percentage of characters die in fairly gruesome ways in Split. That’s the thing about real people; they can die. No heroes have been killed yet, but we’re only two movies in. There are no rules and no stipulations that Bruce Willis needs to do the next thirty-five movies. They can play with expectations and we will just have to be along for the ride. Think the twist guy isn’t going to kill people off?

TWIST. He probably will.

Even as these movies work towards being less fantastical and happy, they still manage to adhere to certain rules established in comic books that continue to identify these films as “comic book movies.” David Dunn has a costume of sorts in that he wears a dark poncho whenever he fights crime. 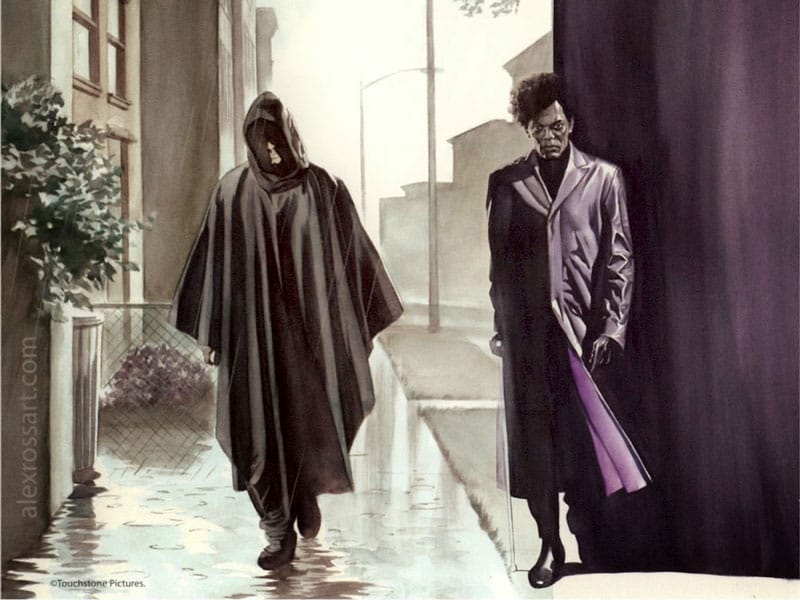 The bad guy characters end up with stylized names like “The Horde” and “Mr. Glass” despite having alter-ego “real names.” Split and Unbreakable make a notable tonal departure from the pulpy happiness of in particular the Marvel films, superheroes like David Dunn find satisfaction and purpose in the pursuit of justice.

Additionally, each super character has some sort of exploitable flaw (like an inability to swim), which mirrors classic Kryptonite tropes.

As the series expands in the future, it’s like that we’ll see these rules (and others) alluded to, and played with, as Shyamalan forges a unique, but still familiar, identity for his universe. Which is important because…

Whether you love Shyamalan’s movies or not, you have to admit he has a distinctive style. And it’s actually pretty excellent. He only screws it up when he goes big with After Earth or The Last Airbender, and the stories get away from him amidst CGI issues. As last year’s The Visit and Split show, Shyamalan’s still got what it takes to direct compelling horror/thrillers. Aiming for a horror/thriller look versus action/adventure means that we’ll be getting movies by a guy who is personally invested in his own style and isn’t shoehorned into the sterile style of Marvel. It’s a little closer to what DC allows, but even they require a lot of things (brooding, frowning, an utter lack of colors). And he’ll likely continue to have this sort of freedom because…

The Films Can Remain Low Budget

Unbreakable was made for $75 million which isn’t cheap, but isn’t even close to the ball-busting Civil War‘s $250 million. Split was only $9 million! The movies don’t have to be huge, spectacle films, and money can be allotted to whatever seems necessary (i.e. not just on massive CGI battles). The movies don’t have to make a billion dollars to be a success. They can be huge successes with half that. And like Deadpool showed us, people are willing to pay for originality. Lower budget and lower pressure can tend to lead to better films with the director mainly firmly in creative control.

So we’ve identified that Split and Unbreakable open up some exciting possibilities, but what exactly is on the way?

Patton Oswalt recently came up with his own ideas for Unbreakable sequels that could provide some insight into what Shyamalan may be thinking. Basically he suggests that in the fifteen years that have occurred between Unbreakable and Split the villain from Unbreakable, Mr. Glass, may have been recruiting an army of additional super villains (which may soon include Split’s “The Horde”), to ultimately take down Dunn and maybe steal his blood as an antidote and give them super strength.

Given that we’re introduced to a new super villain in Split, it definitely seems plausible that there would be more out there and they’ve been biding their time until they could be unified. 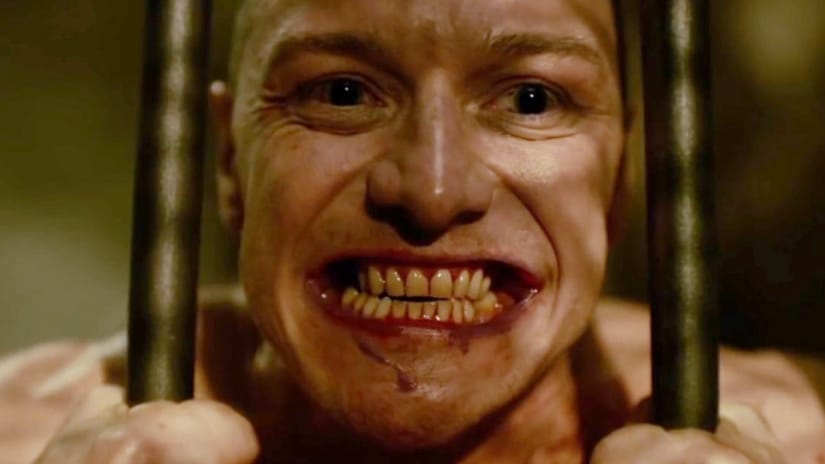 Since Split was distributed by Universal and Unbreakable by Disney, it’s looking like the two companies will partner for Unbreakable 2. This offers the promise of a higher budget and distribution while still allowing Shyamalan the freedom to make the movie that needs to be made.

If done correctly, Shyamalan’s little superhero universe could be a legitimate contender and a breath of fresh air in an increasingly crowded, and often times crappy, superhero market.