If you had the chance to change into a powerful big blue giant, would you take it?

And once you’re all blue and shiny, will you be a good boy and behave?

Things in life hardly ever go as planned, for better or for worse. We find ourselves going places we never expected ourselves to go.

Some might say it’s destiny, others might see God’s hand in the grander scheme of things and again to others it’s just… action and reaction in a universe that couldn’t care less about us.

Those lines of thought formed the framework for the first comics story that I’ve written, a 48-page one-shot called The Happy Few, which is now funding on Kickstarter. 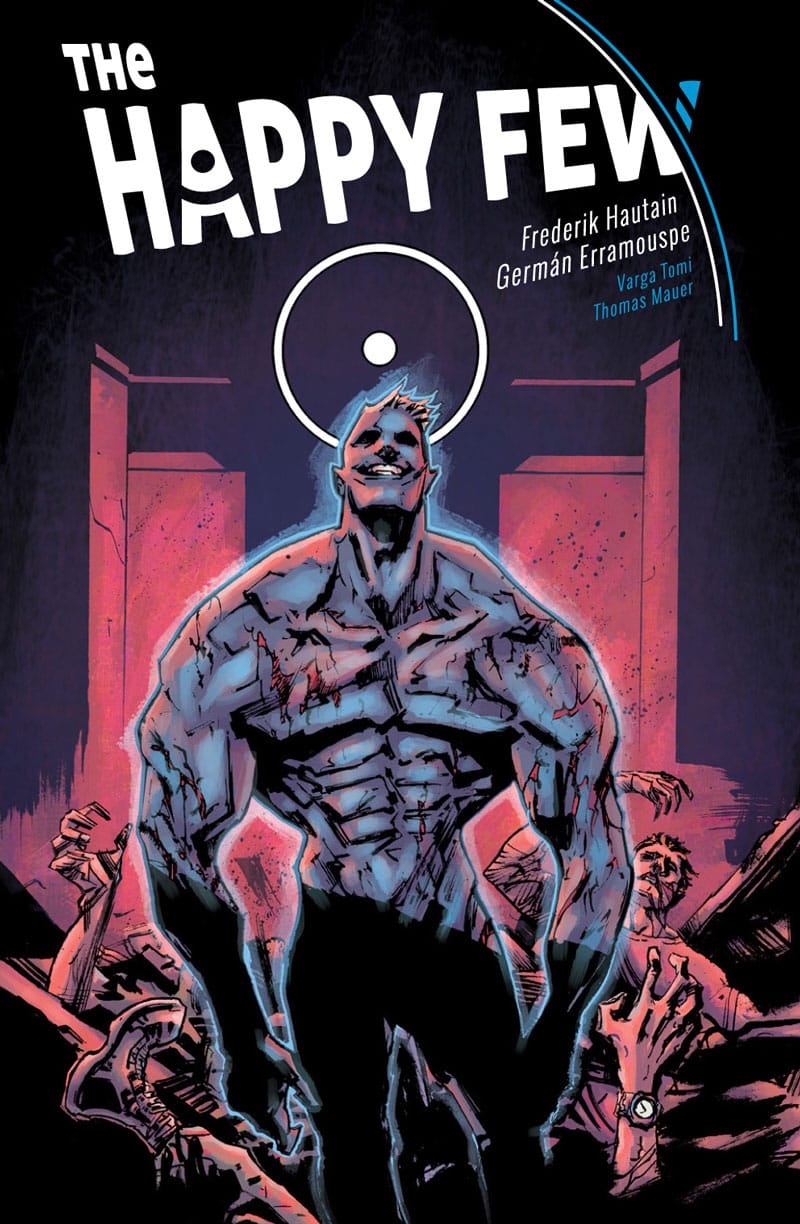 The story came about as I heard of a publisher who was looking for submissions for an anthology that had ‘superpowers’ as its core theme.

Instead of grand fisticuffs, capes, cowls and brawls, I wanted to do a story with a very human heart. That’s not to say superhero stories can’t have that – on the contrary – but the good superhero stories are ones that connect with their readers because they go beyond the spandex.

It’s exactly that very humane tone I was looking to put into my story. And then inspiration hit me like a bomb. Quite literally, in fact. See, I’m based in Belgium and on March 22, 2016, Brussels got hit by two terror attacks – one on a subway line and one on our main airport.

In the following days, as I was coming to grips with what had happened just 30 miles from my home, I started thinking about how to connect the element of superpowers with the notion of the randomness of people’s lives being affected by forces beyond their control. Simply being in the right or wrong place at the right or wrong time can have a tremendous impact on your life – and you have zero say over it. The hand you are dealt is the hand you are dealt. It better be a good one, and if not, though luck, pal.

How you go forward from there is the important part. Do you take the happiness for granted and become reckless with your good fortune? Or do you bask in your own misery and throw the rest of your days down the drain?

How we answer these questions through our acts define who we are. And that’s what makes the human heart of The Happy Few. 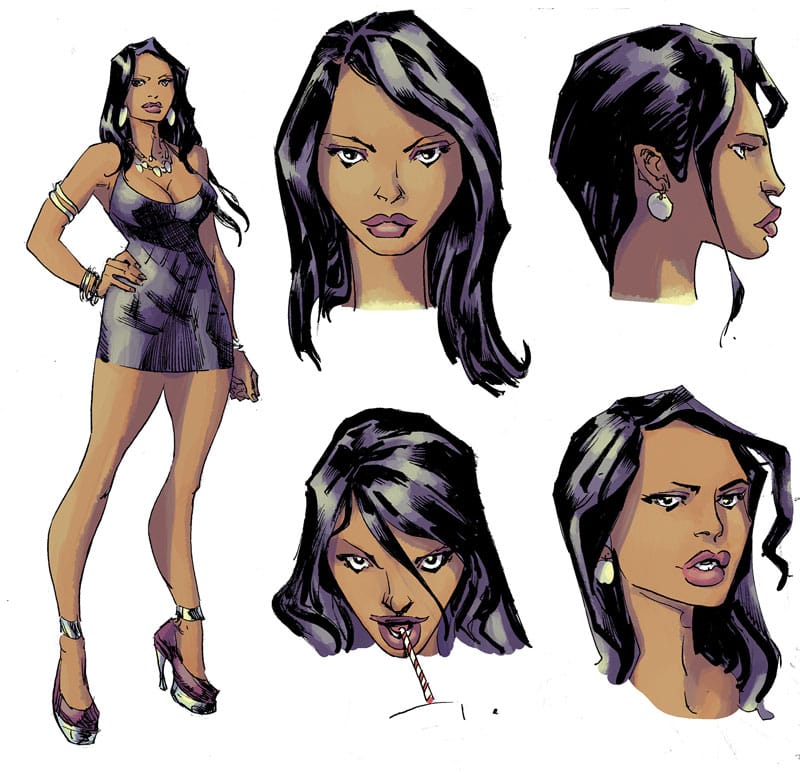 All bruised and missing a few teeth, Len runs into a mysterious fellow called Zeller, who offers him a chance to get back at the thugs who beat him up. All Len must do is take one little pill and he’ll have the power to turn the tables on the crime boss and his gang… and so much more.

From the preview pages from The Happy Few we’ve got online, you can see Len ultimately makes up his mind and takes Zeller’s drug. Last time I checked, big blue giants don’t drop out of the air. But how everything plays out, that’s something you’ll get to find out when our Kickstarter campaign reaches its goal. And we need your help to get there.

So, who’s ‘we’? With me on The Happy Few are artist Germán Erramouspe (Crossed: Badlands, God Is Dead, Grimm Vol. 2 and a bunch of comics in his native Argentina), colorist Varga Tomi (Fistful of Blood,Teenage Mutant Ninja Turtles, Ghastly Tales) and letterer Thomas Mauer (Copperhead, Four Eyes, 4 Kids Walk Into A Bank). 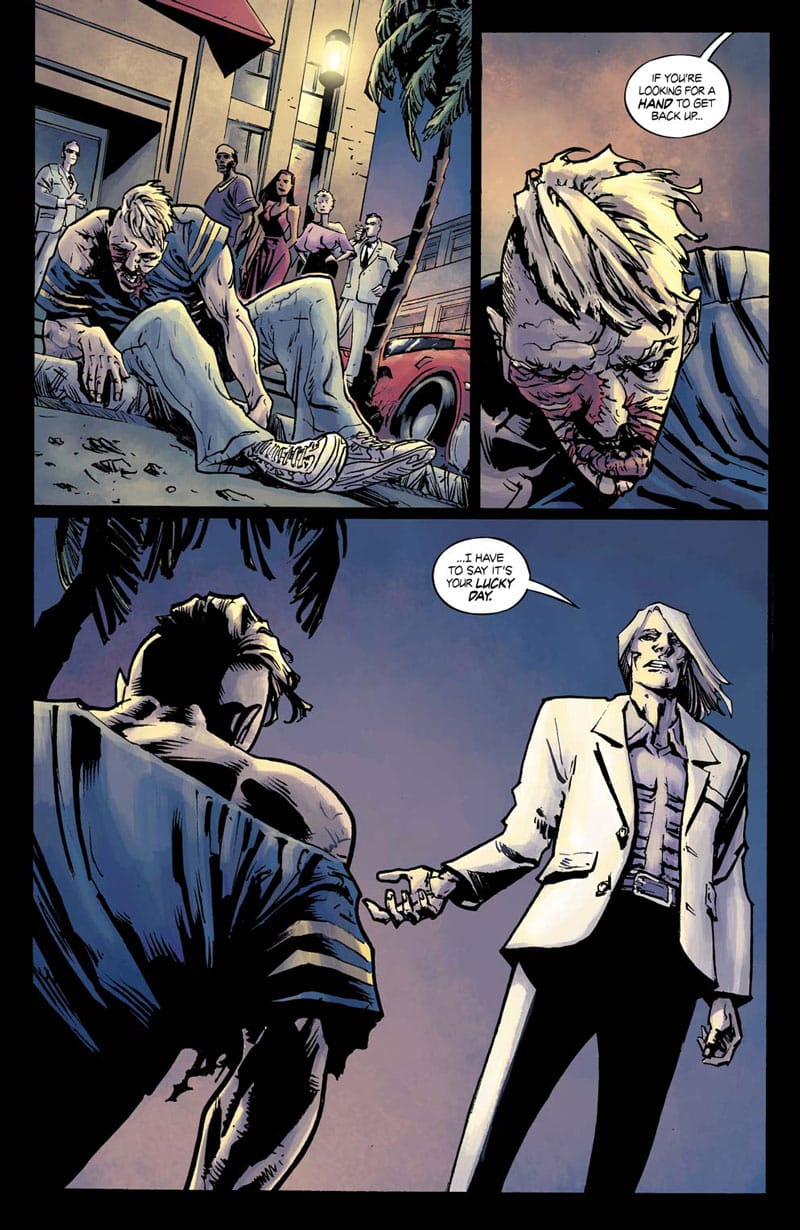 I’m incredibly fortunate to be working with such incredibly talented creators as they make my script look mighty good as you can see from the finished pages and this video of Germán putting the finishing touches on the art for his print which you can grab from the €25 reward level and up. (Sidestep #1: I’d rather have listed this campaign in $, but Kickstarter doesn’t allow you to list projects in a different currency than the one used in your country. Luckily, the difference between the dollar and the euro is almost nil now).

I got introduced to Germán through Facundo Percio, who also hails from Argentina and who illustrated my short story “It’s About Time” for the Broken Frontier Anthology (Sidestep #2: if you want to give that 300+ pager a try featuring 27 stories by top comics creators including Greg Pak, Cullen Bunn, Tom Raney and Nathan Fox, it’s also available in print or digitally as part of our campaign).

Germán didn’t need much convincing as he immediately said yes after I laid out the concept to him. Germán really grasped the undertones of the story, and he’s great at switching from the comedy coming from Len’s wisecracking to thrilling brawls, mysterious stuff going on in the shadows and vivid nightmares.

(Sidestep #3: for this Kickstarter, Germán’s doing wonderfully huge 8×12 full-body commissions of a comics character of your choice, so grab it while you can if you want to score yourself some awesome original art.)

As a starting writer, I figure it’d be a struggle to find an artist willing to work with me, let alone someone as talented as Germán, but here we are. Sometimes, a twist of fate shapes your path, and you’ve just got to roll with it. 🙂

Become one of The Happy Few yourself and join Germán and me (and Tomi and Thomas too) to bring our superpowered adventure to life HERE! 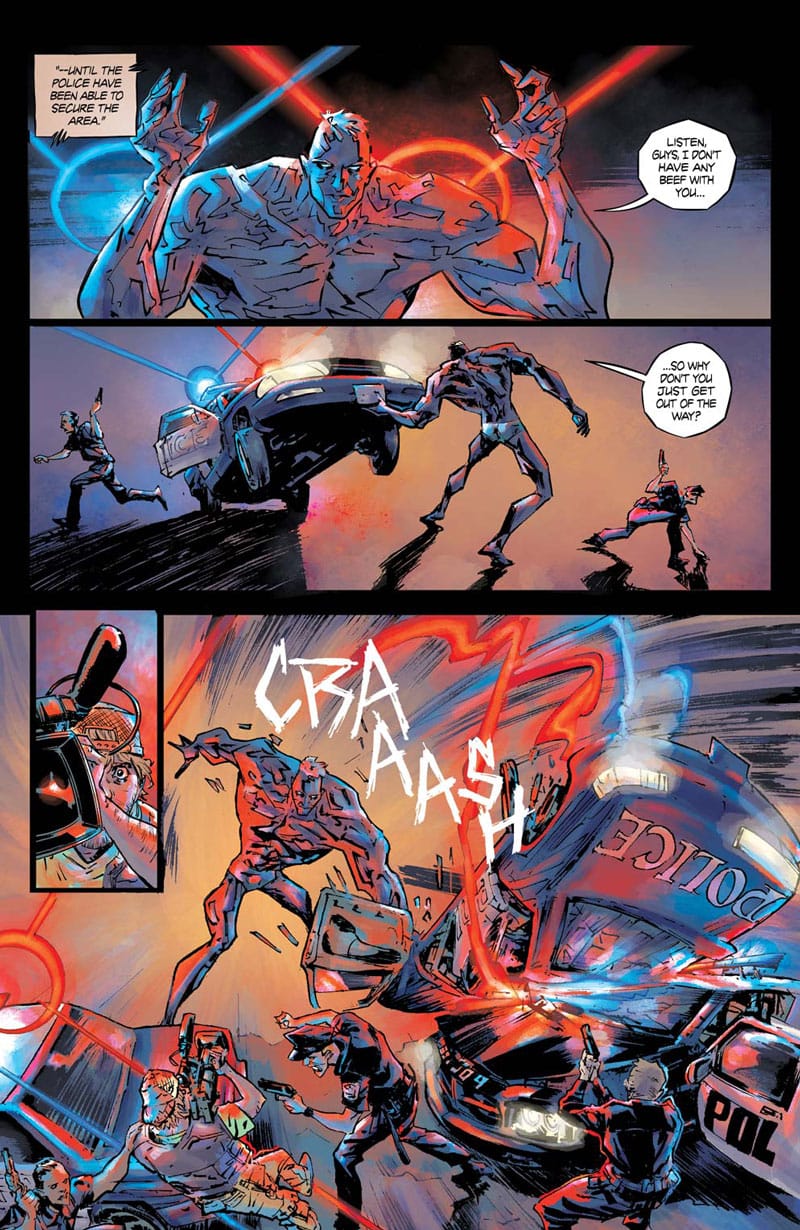