Music for nerds is nothing new. Filk, a tradition of science fiction inspired folk music, goes back to at least the 50s. Many science fiction conventions even include Filk Guests of Honor in their programming.

With the explosion of nerd culture (which, c’mon, is practically pop culture by now) and the access to outlets such as iTunes and YouTube, filk has become much larger and has turned into a huge genre of music all its own covering a wide variety of musical styles. There may be no specific name for it yet. You can call it nerd music, geek music, whatever. The idea is that there are thousands of artists out there creating fun, interesting, and quality music aimed at nerd culture. This is stuff that sometimes ends up on Billboards Top 100 lists, top-selling lists on iTunes, and even mainstream movies and television.

Take notice, please. With so many artists out there with so many fans… this article is not going to satisfy everyone. I’m including some of my personal favorites… my go-to music when I want to get my nerd on. You may not agree with some of the choices. You may wonder where your favorite is.

Please feel free to add your favorites to the comments. Spread the word on good music. For my part–especially if you’re new to the genre–here are four artists to check out: 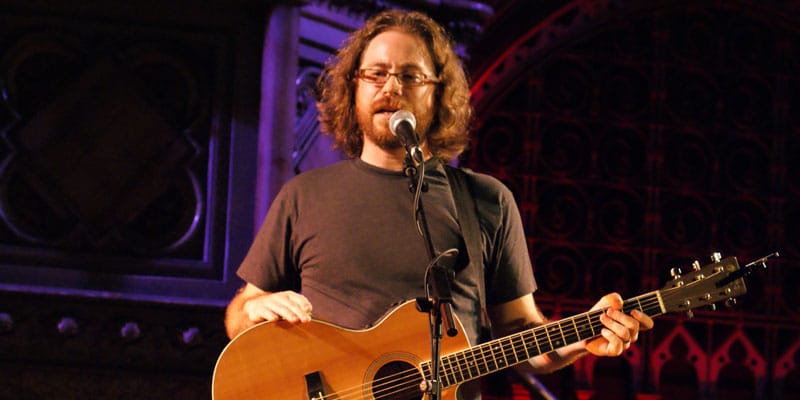 I’ll admit right now that I have a particularly soft spot in my heart for Jonathan Coulton. Anyone who takes a risk and leaves a comfortable, if boring, job to pursue a dream is all right in my book. In 2005, Coulton, who had been making music on the side while working as a coder for a software company, took the plunge and went into music full time–even assigning himself a song a week in order to push his creative envelope.

His songs, best described as a kind of folk rock, cover the usual nerd topics. Science fiction, computers, super science, fantasy, and gaming. He also did a folkish re-skinning of “Baby Got Back” which made the news when the TV show Glee lifted the melody without giving any attribution–let alone payment. Coulton’s work is kept in the Creative Commons license which allows anyone to use his music–so long as it’s not for commercial purposes.

Some twelve years later Coulton (sometimes known as JoCo) is still a considerable presence in the world of nerd music. The annual JoCo cruise is gearing up and the guests onboard is a Who’s Who of nerddom. Good on him. He’s also a regular performer at the PAX conventions, and other nerdy shows across the country.

There is a lot of Coulton available online. I recommend checking out his online site for tour news, new music releases, and store. If you want to “try before you buy” make sure to check out the full Jonathan Coulton concert video Best. Concert. Ever. on YouTube. Make sure to check out “The Future Soon” which comes up early in the video. (This song, along with “re: Your Brains” was also featured in the special live Rifftrax edition of Plan 9 From Outer Space.) 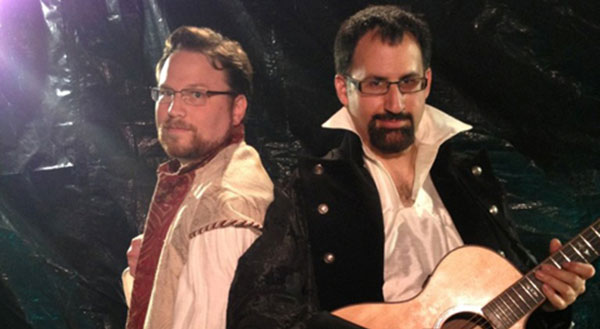 Paul and Storm built an internet following quickly with their harmonized styling and comedic musical presentations. With Wil Wheaton and Adam Savage, Paul and Storm founded w00tstock, the traveling nerd variety show. Unsurprisingly, they’re also regular performers at PAX conventions, DragonCon, and others similar. Their web series Learning Town was on Geek & Sundry in 2013, and that same year their

“Another Irish Drinking Song” appeared in the Illumination Entertainment movie Despicable Me 2 as sung by the Minions. This year they are featured performers at the JoCo cruise.

To get a good feel for their stage presence and humor, you can watch their “soundtrack support” for the PAX 2011 Acquisitions Incorporated game–particularly the first eight minutes in which they introduce the players:

Or for a shorter taste, check out their video for the song “Write Like the Wind” featuring fake George RR Martin and Herman “Vork” Holden:

What is it with Portland? That’s where The Doubleclicks got their start as a duo. Well, actually, given that they’re sisters Angela and Aubrey Webber from the Boston area originally, I suppose we can’t blame Portland entirely–more the whole Boston-Portland arts/music axis instead. In any case, they’re a fun pair. They play a kind of nerd-folk that reminds me a bit of Ed’s Redeeming Qualities (warning: obscure music reference alert). Easy-going. Guitar, ukulele and cello with simply sung lyrics but with a strong nerd themes.

After playing a series of open mics in Portland, they opened with a YouTube channel in 2011 with a six-month song-a-week challenge. They took off pretty quickly from there, performing at w00tstock and other geek gatherings–and not just conventions, but also comic book stores, game shops, and the JoCo cruise. Their YouTube video “Nothing to Prove” featuring a song about acceptance of women in geek culture became a viral sensation, even getting national news coverage. Their third album, Dimetron, was launched following a successful Kickstarter (the biggest earning music-based Kickstarter out of Portland) which eventually allowed Angela and Aubrey to quit their day jobs and devote themselves to The Doubleclicks exclusively. Check out two of their more iconic songs: “Nothing to Prove” and “Dungeons and Dragons.”

Who says Nerdcore hip-hop is dead? Not this guy.

Okay, maybe it’s not filling the rooms as much as it once did, but I maintain it is still a significant part of the nerd musical landscape, and striding atop that landscape is still MC Frontalot. Real name Damian Hess, MC Frontalot (“world’s 579th greatest rapper”) started releasing music through the Song Fight! web platform, and debuted the song “Nerdcore Hiphop” in 2000.

In 2002, he got an endorsement from the guys at Penny Arcade as their “rapper laureate” and that sudden surge of exposure launched a considerable success streak. He’s since been a fixture at PAX and has scored several songs for Penny Arcade projects.

Nerdcore Rising, his first studio album, is arguably his most definitive collected work. It’s also the name of a 2008 documentary/concert film featuring himself and other nerdcore artists (mc chris, Wheelie Cyberman of Optimus Rhyme, and MC Lars) as they travel across the country, performing in small venues to modest, but devoted crowds, culminating in a full on concert at PAX.

His career doesn’t just orbit the Penny Arcade crowd. MC Frontalot has also appeared on the G4 network, toured with Wheatus, was a judge on King of the Nerds, and even appeared as a zombie in the comic book version The Walking Dead.

Not bad for a kid from Queens (okay, San Francisco, actually).

It’s hard to pick just one MC Frontalot song to introduce you to his musical style, but let’s give “Critical Hit” from the album Solved which includes a guest appearance by Brian Posehn as the Dungeon Master:

And that’s only four of my own personal favorites. As I mentioned at the start of this column, there are loads of other performers out there, all touching on various facets of fandom, nerddom, geekdom, what have you. Here are some other performers to check out (in no particular order). I apologize if I’ve left out your favorite. Please mention them in the comments if you’d like. I’m more than happy to expose myself and others to more. Please consider:

Look for one, and you’ll likely find references and recommendations to many more. Their music is all over YouTube, iTunes, and other platforms.

There’s no excuse for listening to boring music. You can always find something interesting and fun.