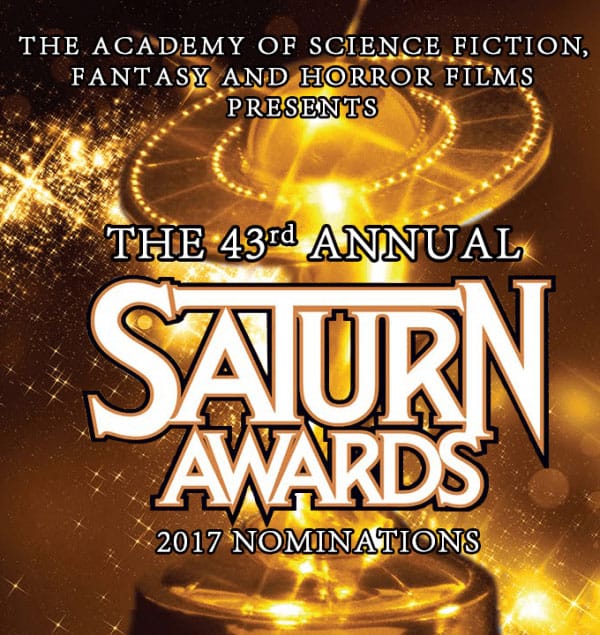 The Force is with Lucasfilm / Disney as “Rogue One” captures 11 nominations for the
43rd annual Saturn Awards; AMC’s “The Walking Dead” clubs TV competition with 7 nods

Celebrating its 45th anniversary this year, the Academy was founded in 1972 by noted film historian Dr. Donald A. Reed to honor and recognize genre entertainment.  Through the years, the Academy has expanded their reach to recognize excellence in other film genres, as well as encompassing television, home entertainment and live stage.  Robert Holguin presently serves as President.

For more details including a complete list of nominations, visit www.saturnawards.org.