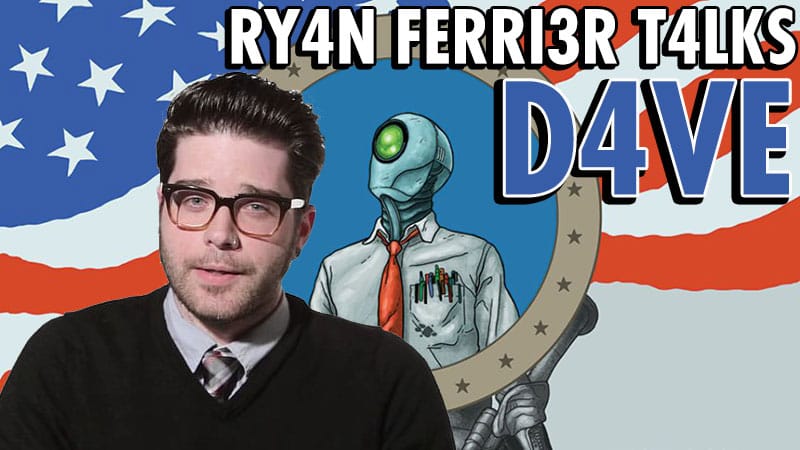 In December, we previewed D4VEocracy #1 from Ryan Ferrier and Valentin Roman.

In D4VE’s first 100 days, we decided to knock on Ryan’s door to figure out what exactly is going on in the post-human robot society without a real president. We had to go all the way to Canada to get the answers and the election results we deserve.

FOG!: Pretty crazy election cycle, amiright? What can D4VE bring to the Presidency that, let’s just say, the current US President does not have?

Ryan Ferrier: Crazy to say the least. I am Canadian, so I maybe shouldn’t comment. Okay, fine, y’all are fucked. I mean, you’ll fight and resist and it’ll be okay, but it’s gnarly and I’m sorry. What does D4VE have that the current one doesn’t? Easy, its empathy. Makes you wonder who the real robot is.

Over the last two volumes D4VE’s shown just how emotionally connected he is to his family, his planet, and his role in society. His intent to lead the last living population seems pretty fitting. 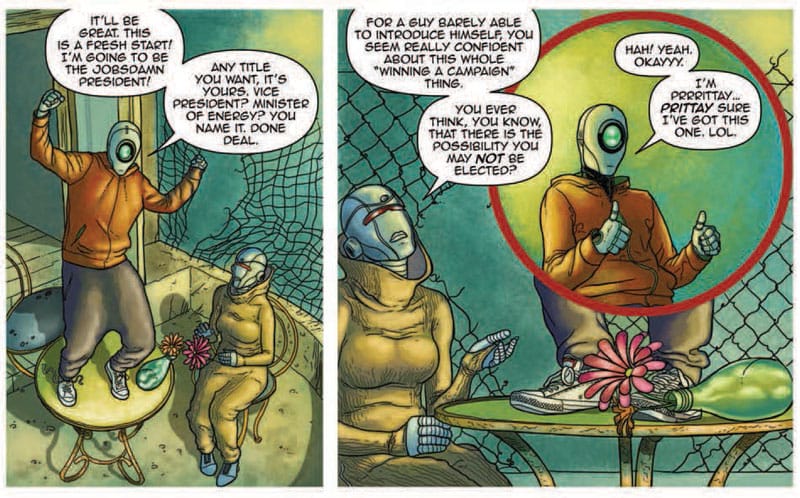 How heavily has Hard Boiled by Frank Miller and Geof Darrow influenced your and Valentin’s work?

While it’s a fantastic piece of work, it hasn’t had a direct influence. But then again, some would say every piece of work has a direct influence, so who knows. Geof Darrow and Frank Miller are big creators for Valentin and I in general. They’re incredible and inspiring to our DNA as creators, but I can’t say any particular work has pushed or informed us directly when it comes to the D4VE series.

How did a vacuum robot Roombo end up being the leader of the free world? Because he sucked so hard?

No, it’s because he blows! Having that little cameo, if you want to call it, by Roombo was great because I completely fell in love with writing him but knew he could never really be this big, elaborate character.

SPOILERS FOR D4VE2: You’ll remember at the final stages of D4VE2, when D4VE goes to the past, before he became sentient, he put sentience into the laboratory vacuum robot. That was our little nod at the classic “can you go back in time and fuck your Grandma” thing. D4VE created the robots, literally then, and in a weird way saved his species. Cut to the new timeline, and that very sentient vacuum is now president.

He wasn’t an awful president, but I don’t think he was very good.

Why go back to D4VEocracy after the first two volumes of D4VE?

Valentin and I took a break from D4VE and made Hot Damn, which we absolutely loved doing. Once we were done that, we knew jumping back into the world of D4VE was the next story to tell.

It’s the final D4VE story, and as such we didn’t want to just churn it out, we wanted to make sure it had the heart and resolve it deserves. So really, making D4VEOCRACY has felt so rewarding and emotional as we’re seeing the story arcs of these characters we’ve been with for over five years now. It’s not something we’ve ever taken lightly, as our wonderful readers and retail supporters, and IDW hopefully know and feel.

We couldn’t be more grateful and proud to have spent such time creating these stories.

Who is D4VE running against? The internet incarnate? Explain yourself.

Haha, one of D4VE’s adversaries in this arc is a manufactured (well, more manufactured) robot, S4M, created by a social networking app megalomaniac. The app wants the world, see, so they created a political rival that could connect with the vast majority of robot citizens. They literally put the internet into S4M’s body and let him run loose. So he really is the internet incarnate. Everything and Anything focused into One Thing.

We will see really soon just how volatile (and freaking stupid) an idea that was.

Things aren’t looking great after the first debate. With scandal at the center of the campaign will D4VE be able to recover?

No. Of course not. That wouldn’t be fun to write, to draw, and no one would like to read it. No one will be able to recover. This is life and (almost certainly) death for everything. The debate scandal is merely a paper cut on the beheaded, limbless carcass that is this story.

How long is this volume and is it the end of the life cycle for D4VE?

D4VEOCRACY is four issues total! Jam packed, tight, and succinct. Just how I like my swimsuits. Sorry.

This is the life cycle for D4VE though, yes. It will have a precise, intended conclusion and all characters will be set in their new course, whatever that may be. But the book end is closing in #4. 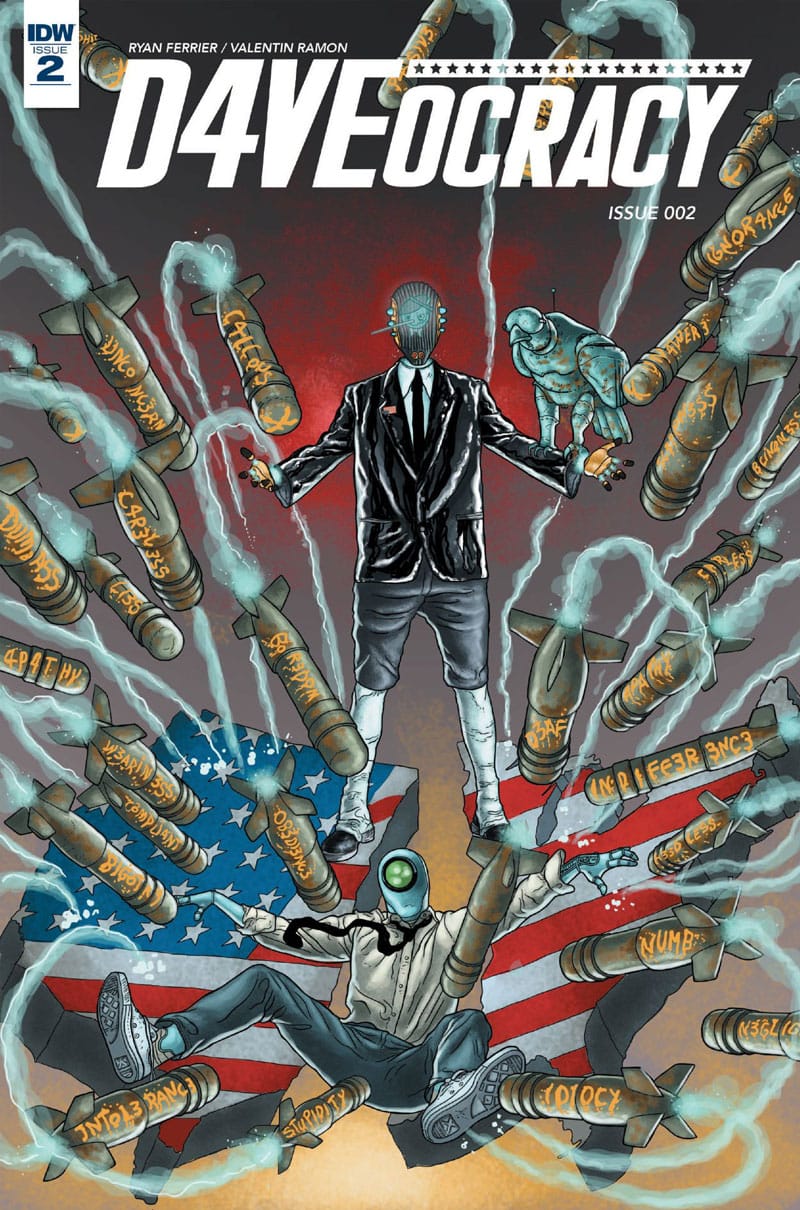