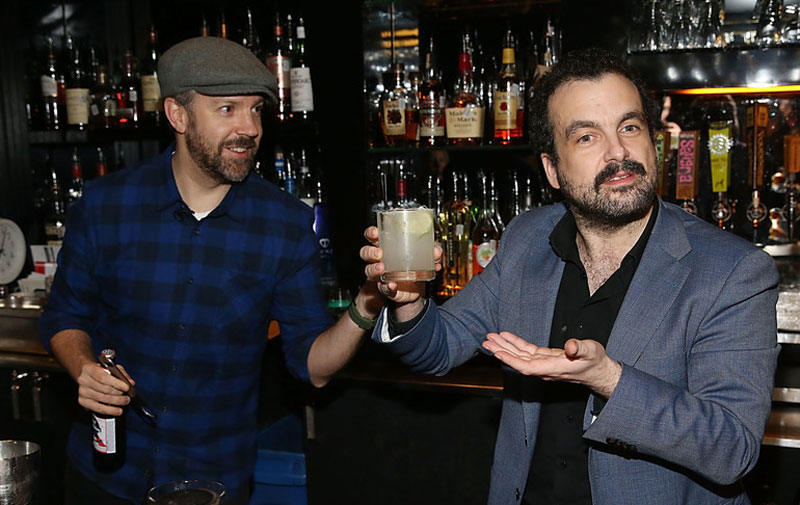 Colossal, opening April 7th, is an offbeat dramedy with high-concept story unlike no other. Anne Hathaway plays an alcoholic woman who discovers she’s controlling the every action of a giant monster’s daily attack in central Seoul, Korea. Surprisingly, the whole thing works on a number of levels, mainly for its giddy send-up of kaiju clichés in the midst of an existential crisis from its protagonist.

Another highlight of the film is Jason Sudeikis’s turn against typically rom-com casting.  The character adds depth and drama, sometimes dividing audience opinion of the film in early screenings. I loved the it, personally, and think the film is successful in channeling the offbeat style of some of the best hybrid Korean horror-comedies like The Host.

At its buzz-worthy first SXSW screening, Neon distributor co-owner Tim League moderated a Q & A with director Nacho Vigalondo (Extraterrestrial) and star Jason Sudeikis (Horrible Bosses), before guest bartending a set at the next-door bowling venue The Highball.  The two address many of the film’s head-scratching surprises, starting with the crazy casting, but also addressing the film’s often dark diversions.

Tim League: So, explain how you first got involved with Colossal.

Jason Sudeikis:  My first reaction to the script was ‘wow, okay, alright,’ and at the same time, due to my ignorance, I was like who is this guy? Who can pull this off, you know? And then I watched Nacho [Vigalando]’s short films, which you can see online (from Drafthouse’s compilation Confetti of the Mind). I was like, this guy is great, he is very clever.  I’ve been lucky to work with very clever people in the past, like The Lonely Island guys, so my bar is high by association. Then when Anne comes on and gives it the gravitas and work ethic that she has, then it’s like a no brainer.

Also, I did like the opportunity to play a son-of-a-bitch after [having] a bunch of people like Jennifer Aniston, Alison Brie and Rebecca Hall falling in love with me. I realized I could use some of this exposition that I’ve grown weary of, and play a mega switch on it. 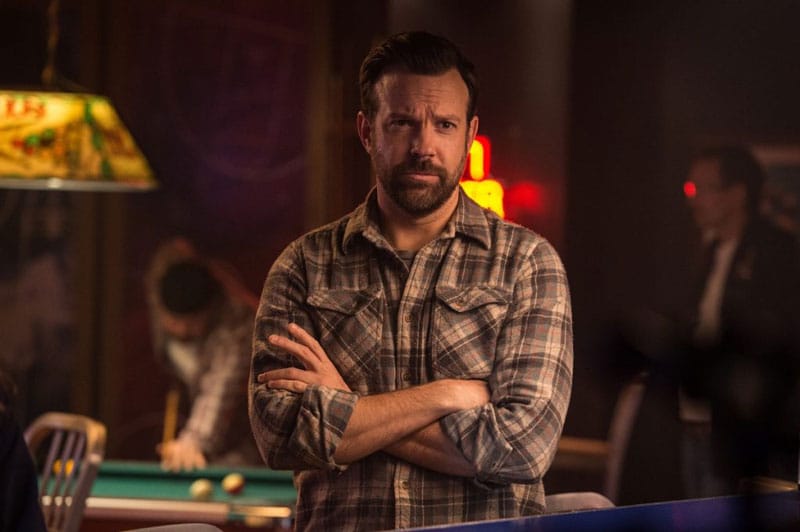 Nacho Vigalondo: It’s a cliché among actors to want to play a villain at some point in their lives.  Most of the time that villain is kind of flamboyant and charming, like the villain you want to dress as for Halloween.  But [Jason] plays a real asshole.  For me it’s a much bolder move.

JS: Yeah, but it’s all the same faces I make in my romantic comedies.  Like, my anger face?  That’s the one when I have fake sex in the other movies.

NV: But in my heart, no matter how many times I watch the movie, I don’t want to see Jason be such a bad guy, but you know that’s what real life is all about.  Some times awful things happen. The movie is trying to deal with real life somehow.  I’m afraid that the marketing campaign isn’t saying anything about this at all.  That’s interesting, but at the same time I want to shit my pants.

JS: You can shit Tim [League]’s pants.  He’s the one paying for it.

Actually, my fiance (Olivia Wilde) once said to me “you should play a psycho in a movie.” That’s coming from a person who sees the best and worst of you regardless. So when she read the script she was like, “yeah, there you go.”

I remember where I was when I heard the news that Anne Hathaway was staring in a Nacho Vigalando film, and I was like this is totally not happening. It seemed strange at the time, but how how?

NV: My life is a Black Mirror episode in which your whole life is part of the software and you pretend to be a filmmakers and at the end of the day you’re really a cockroach. No, I mean, her agent gave her the script. She read the script and, really what you don’t know is that behind the scenes she and Jason were so great and so charming to me and if they wanted to they could have crushed me like a cockroach with their finger. I was this nobody coming from Spain, and they had the right to be abusive to me, but they were so supportive. 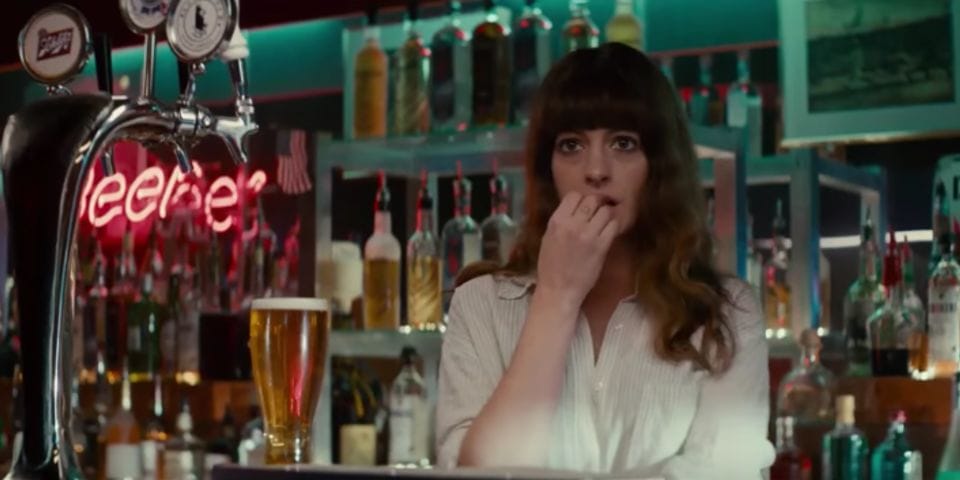 How did you get the idea to go to such dark places in the film?

NV: Even if you have a word to describe this type of a movie, you know like “thriller,” “comedy,” or even “kaiju” I think that once you’re into the crafting of the movie, why not push things over the edge. I don’t want people to be disappointed [by the darker elements of the film] when they go to the theaters.  I prefer to push things to the edge even if it’s not what you think it will be.  Take it to the edge without exploiting the characters. I’m okay with turning things really dark, but respecting the characters and respecting the audience.

JS:  I was very lucky to grow up in a funny family, and be surrounded by people that make me laugh. So for me, being in a good mood is where the jokes come from.  But to misquote Mark Twain, every man and woman’s life is a tragedy, a comedy and a drama. We’ve all gone through these things where people don’t bring out the best of us. It’s as subjective as comedy. I just thought this was a very interesting story. You can pull it apart in many different ways and it still stays connected. Like a good album, if you’re in a good mood or a bad mood, depending on where you are in your life, you’re going to see a different flick here. It should be very interesting to read reviews [of Colossal]. I think it will reveal who he or she views the world at large. And that’s a very neat thing that didn’t really happen with Horrible Bosses 2 personally.

NV:  One review I read said “white straight male guys” will hate it.

JS:  Thank god they don’t go see movies. (laughing) I would say that the “woke” ones will.  They’ll be like “yeah, I went to school with that prick.”

NV: Pacific Rim? Ugh, how can you put the Pacific Rim characters here? That would be so crazy. So, all the robots and all the monsters in that film are actually a bunch of rednecks in a town in South Carolina and they’re just beating each other. That’s the Pacific Rim version.

JS: Or you go there and it’s just, like, a paintball arena.

NV: Can I just say one thing? When you talk about toxic masculinity in other guys around you, it’s fair to listen to yourself. Listen to your own bullshit and your own demons. Even if you consider yourself a nice guy, and a guy who’s not violent, sometimes you hear a curious voice inside you. Even if you don’t know yourself to be evil, the voice is there. What if I’m that guy? Probably when Anne Hathaway’s character is fighting with Jason’s, it’s me fighting with some part of myself. So the two parts of my brain are portrayed by these two actors and this is awesome.

JS: That is colossal. 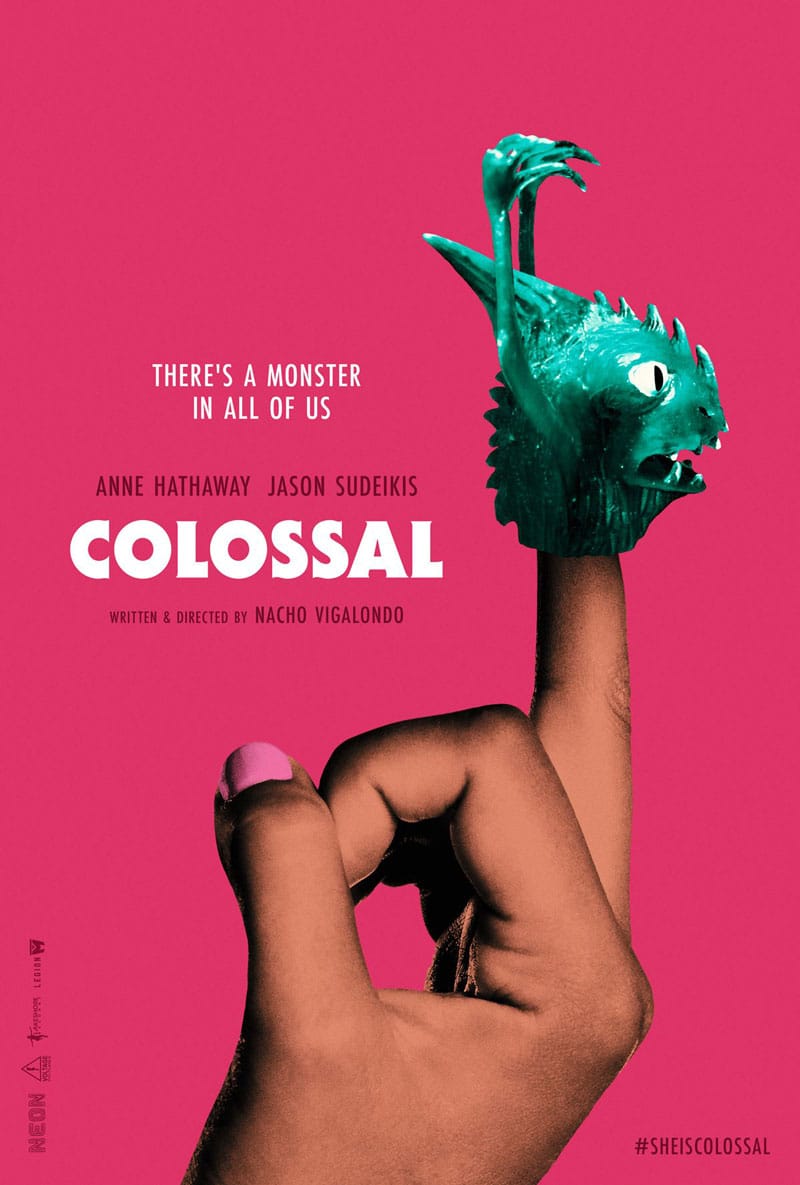 Check local listings for shows near you