Whenever I’m asked about my favourite gaming experiences I find myself thinking about games that have made me cry, those that provided more than simple entertainment or escape. These kind of games focus on your inner journey as a player and leave lasting impressions.

I’m never ashamed to say I’ve cried over a video game yet it’s something that a lot of players are still embarrassed to admit. Either that or witnessing emotional responses of any kind in a game is simply uncomfortable for them. 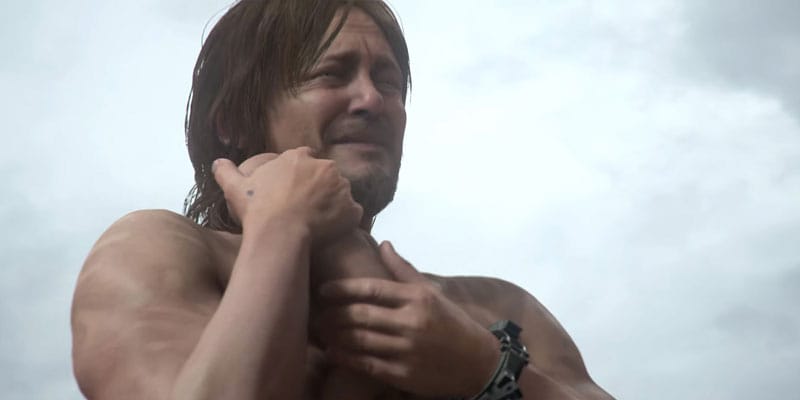 This seemed to be the case when I saw the overwhelming response online to Zelda crying in Link’s arms in Breath Of The Wild. Many fans seemed outraged that the games creators had the audacity to show her as “weak” or “overly feminine”. These reactions alarmed me somewhat, because it’s perfectly natural to cry. It humanises her as it adds complexity and realness to her character.

Why shouldn’t Zelda cry? She has plenty of valid reasons. Firstly, she oversees a land constantly hounded by Ganon and his evil forces. It must be excruciatingly difficult to rule over a place full of subjects you care about under those circumstances, especially when you consider Hyrule is also stuck in a perpetual time loop. 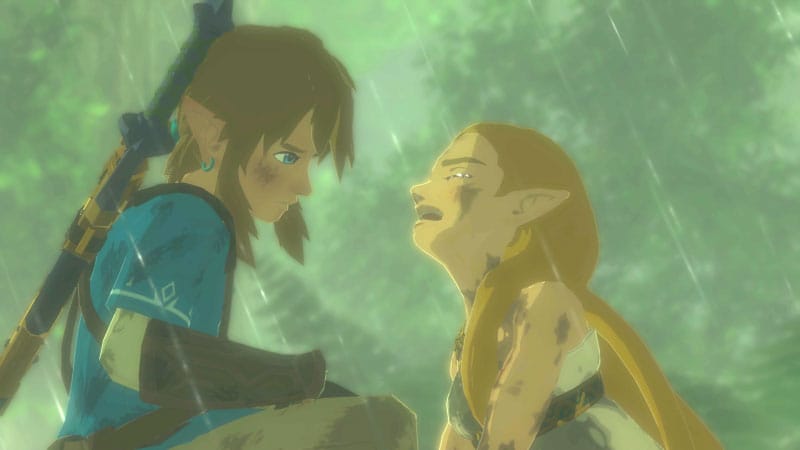 That takes strength; she may represent the Wisdom of the Triforce but I’d argue she imbues both the Courage and Power parts too. If all of that was hanging over me, I’d ball my eyes out too. Plus, the guy she likes has never said a word to her…ouch. I’d be shocked and accuse her of being a cyborg if she didn’t cry.

Having feelings is not a bad thing so let’s all be grown ups and accept it as such. Crying does not make you weak nor does it mean you are incapable or immature. Contrary to hyper-misogynist stereotypes, crying is not exclusive to babies, girls, effeminate men or pre-menstrual women. We all cry.

I cry out of frustration when I’m having a bad day, I cry when I’m angry, I cry watching anime, I even cry for the hell of it sometimes because it’s actually really cathartic. I have also cried in frustration at my inability to grasp the controls in a game or when a save file was lost or corrupted. I’ve cried because a game was over and I didn’t know what to do with myself. I’ve even cried after playing Tetris for too long…you know, because my eyes were dry after forgetting to blink for so long!

The idea that video game characters should always be strong, competent and devoid of emotion is foolish. Good fictional characters require emotional depth otherwise they fall flat. I’m not saying that believable characters are necessary for all games but emotional character development is what sets great games apart from others, these are the games that truly grip their players and can provide them with a deeper connection and understanding.

The games I care most about are the ones that speak to my own humanity and provide me with a source of personal reflection, empathy and consideration. All things I’ve struggled with in my own life. I’m happy that games have the ability to extract water, sodium, lipids, mucin and all those other fluids from my tear ducts, so I’ve decided to share those gaming moments that have made me cry. 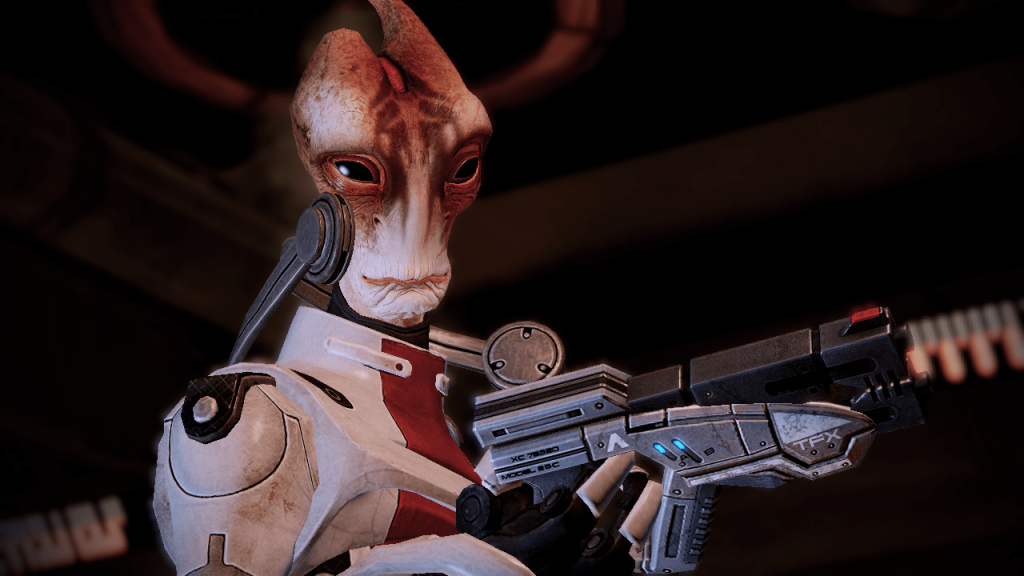 I cried because I accidentally caused Mordin Solus’ death in Mass Effect 2 and this is before I knew about his eventual heroic sacrifice in Mass Effect 3. Sobbing and barely decipherable, I turned to my husband through snotty tears and said, “…but, but…he sung to me!”

I had decided to play the game without any reloading previous saves because I enjoyed the roleplaying nature of it so I had no choice but to live with my mistake. I will never forget the grief I felt at losing him because it was my decision that led to his death, making the pain even greater. 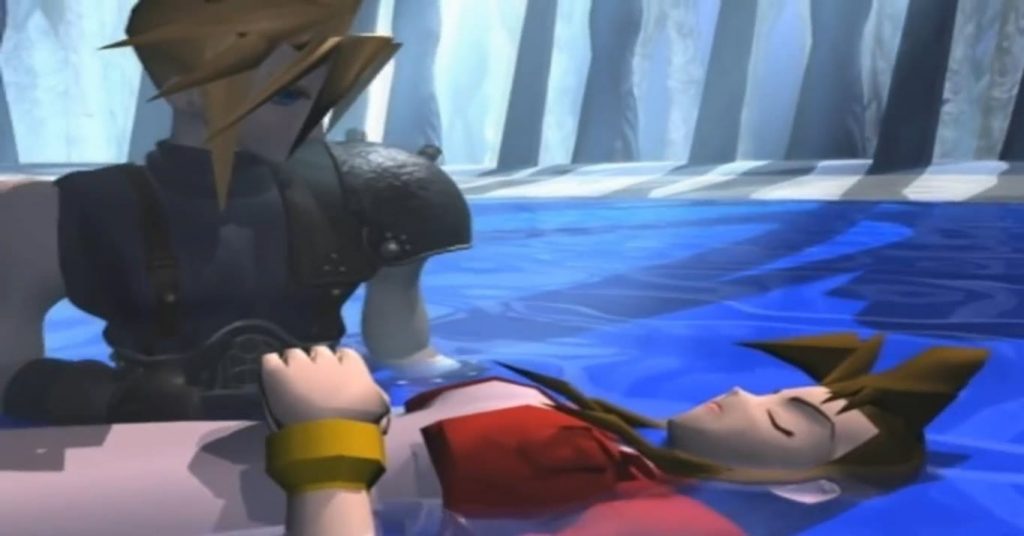 The blocky graphics of Final Fantasy VII didn’t hinder my tears when Aeris died, perhaps it had something to do with the beautiful music written by Nobuo Uematsu or my teenage hormones? Actually, I recall I was glassy eyed during the game more than once. Just thinking about XIII’s backstory creates a lump in my throat even now. 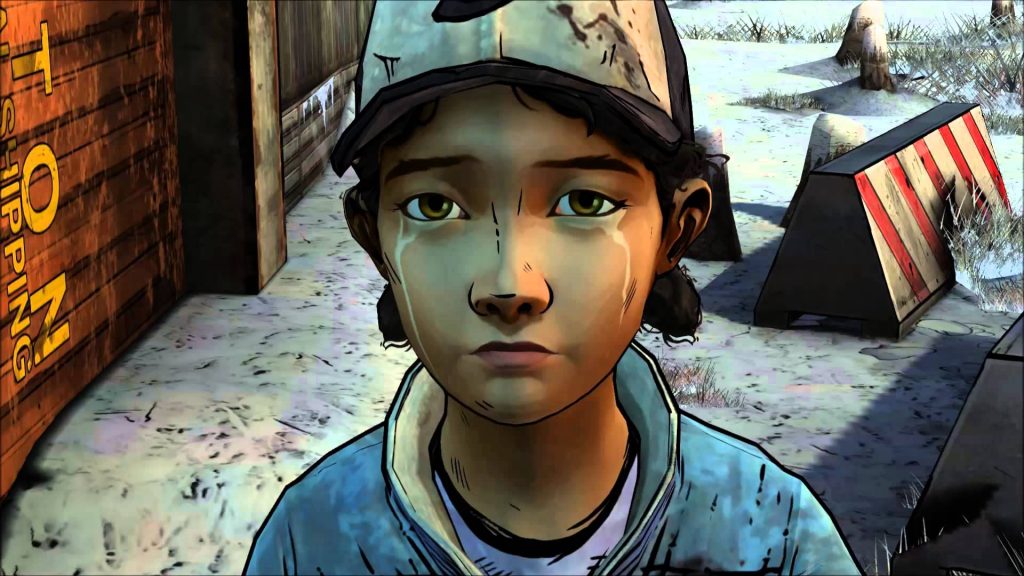 I became a sniveling mess any time I accidentally made Clementine cry in The Walking Dead Telltale game, it happened so often! Then there’s that ending, oh boy…yeah, that was some truly heart-wrenching stuff. 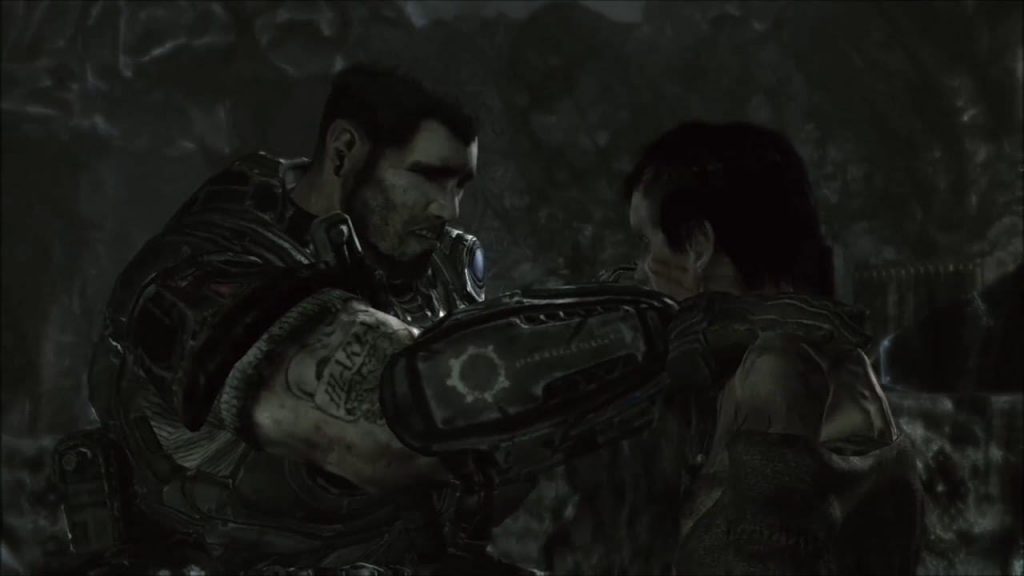 I teared up when Dom finally found his dead wife in Gears Of War 2…Oh, Maria! All those glimmers of hope throughout the game to end up like this. It really hammered home how truly evil the Locust were. I was an absolute wreck during the cutscene, it was hinted that she might be dead but I got caught up in Dom’s unwavering optimism and believed she’d be okay, making it so much worse. 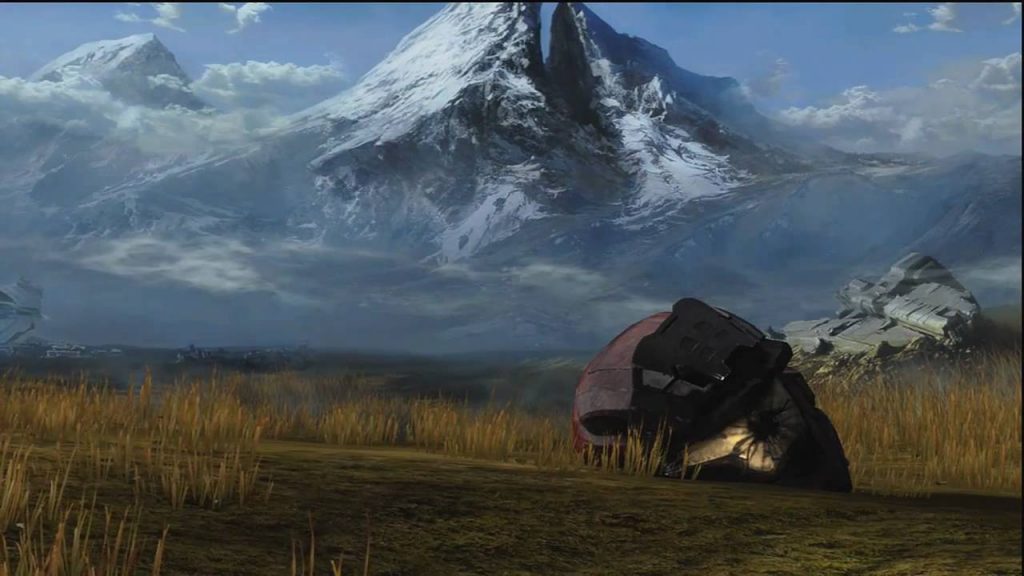 Even though I knew the characters of Noble Squad were doomed from the beginning, I really wasn’t prepared emotionally to lose all of my squad mates in Halo: Reach. The voice acting was mostly to blame here because hearing Nathan Fillion and Alan Tudyk made me nostalgic for the TV show Firefly which only added to my grief. It was all the more poignant as it was Bungie’s “goodbye” to the series too.

I still haven’t played it through myself but having seen it being played I know I will cry during The Last Of Us. I know that one day in the near future, simply seeing giraffes or the word “…okay” over a black title card will make me blubbery mess. 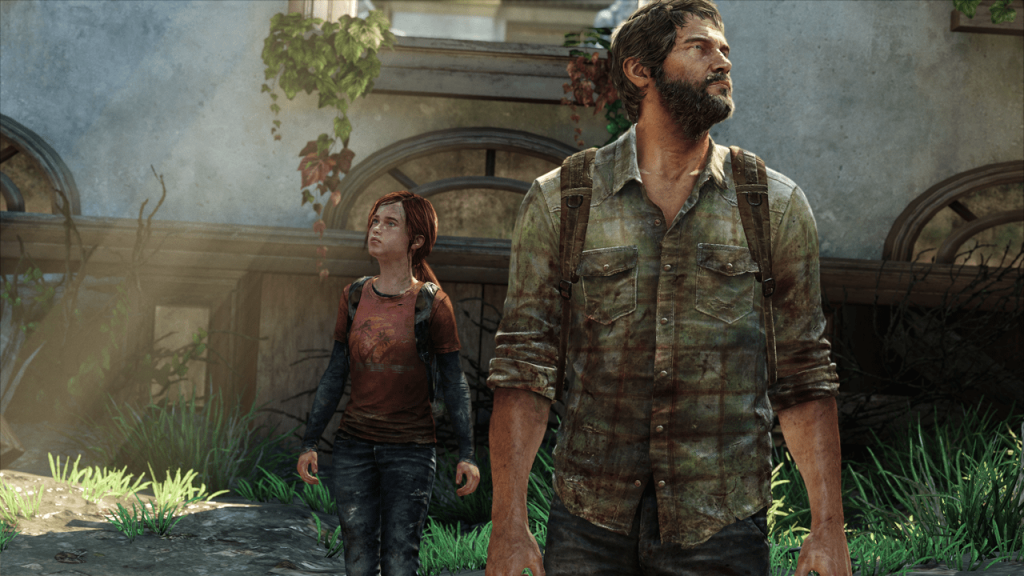 I know I’m not alone in this because there’s a high probability that a game (or two) may have struck you harder than others, maybe you bawled your eyes out during Brothers: A Tale Of Two Sons, became a hot mess during the ending of Metal Gear Solid 3: Snake Eater or felt your heart literally ache during To The Moon. 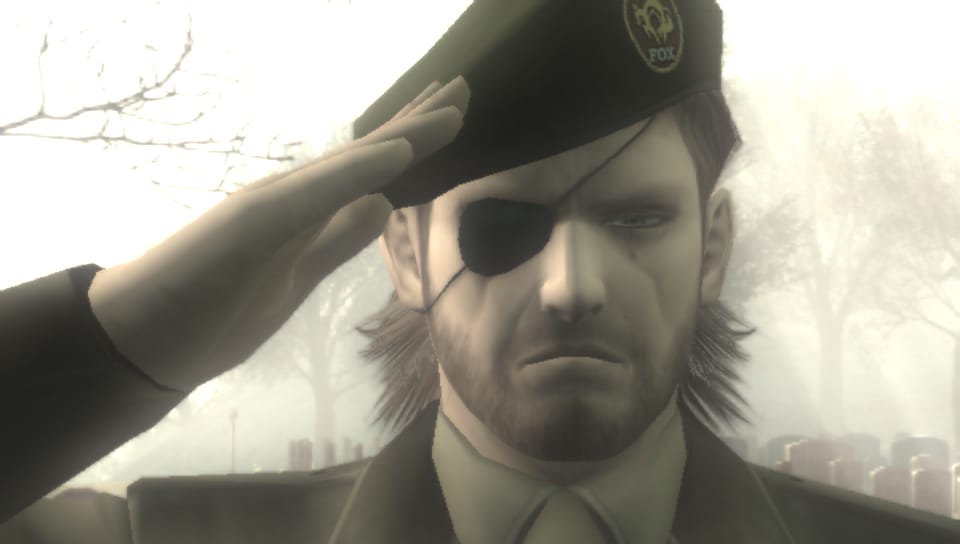 Perhaps there are even some of you who have never cried during a game and that’s okay too. Who are you people though? Seriously, you monsters! You cold, unfeeling, manipulative robots like GLADoS from the Portal games! Speaking of which, I never thought I could care for an inanimate object so deeply until GLADoS repeatedly incinerated Shell’s Companion Cube in Portal 2 just to torment her (and me)!

With games becoming increasingly focused on more complex, narrative driven storylines and characters it’s unsurprising that they can illicit such strong emotional responses in us. As with other forms of entertainment like films or books, they can shine a mirror onto our own lives, remind us of our own heartaches or losses and sometimes they can provide us with hope. The next time someone tells you video games are all about violence, I hope I’ve given you some good examples to prove otherwise.