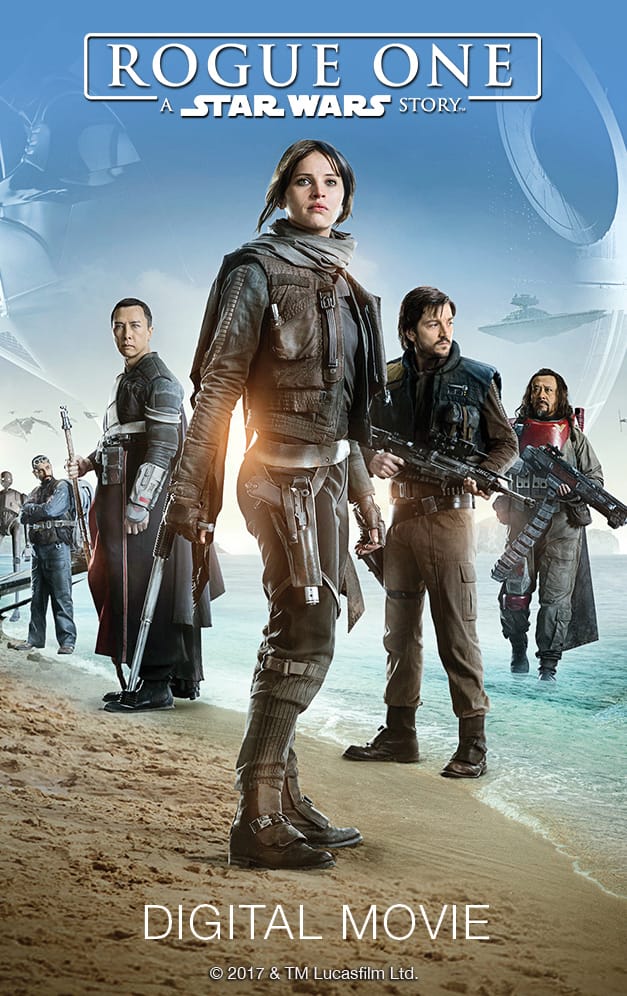 From Lucasfilm comes the first of the Star Wars standalone films, Rogue One: A Star Wars Story, an all-new epic adventure. In a time of conflict, a group of unlikely heroes band together on a mission to steal the plans to the Death Star, the Empire’s ultimate weapon of destruction. This key event in the Star Wars timeline brings together ordinary people who choose to do extraordinary things, and in doing so, become part of something greater than themselves.

And we’re giving away digital downloads for 10 lucky FOG! readers!

To enter, please send an email with the subject header “ROGUE ONE” to geekcontest @ gmail dot com and answer the following:

Which actor returned to voice Darth Vader in Rogue One: A Star Wars Story?

Rogue One: A Star Wars Story is now available on on Digital HD and Disney Movies Anywhere and arrives on Blu-ray Combo Pack, DVD and On Demand April 11th.