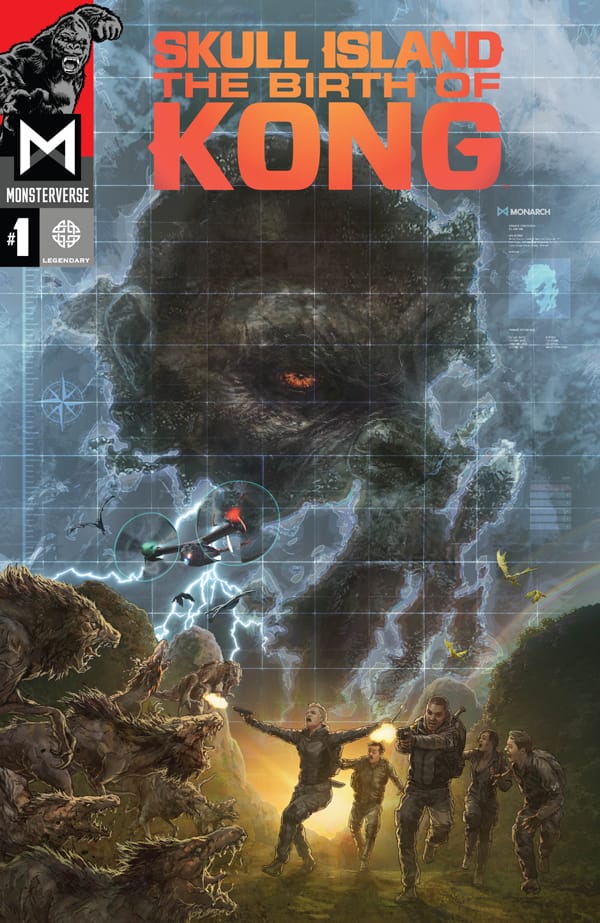 After the global success of 2014’s Godzilla and sending the mighty King Kong roaring back into theaters around the world in Kong: Skull Island, Warner Bros. and Legendary have officially unveiled the MonsterVerse, an interconnected entertainment universe that unites some of the most iconic monsters in pop culture.

In 2019, the epic cinematic adventure continues with the next chapter in the Godzilla saga, as Japan’s greatest monster returns to face a rogue’s gallery of classic beasts beloved by monster fans across the world. And then in 2020, cinematic icons will collide with the long-awaited battle royale Godzilla vs. Kong.

But for fans who cannot wait that long, the MonsterVerse continues in comic book form. Today Legendary revealed the trailer for Skull Island: Birth of Kong, a new monthly series that delves deeper into the mysteries of Skull Island and the mythic origins of Kong.

Both a sequel and a prequel to the film, the story tells of a secret team of Monarch operatives returning to Skull Island to discover the truth behind Kong and the island he was born to protect. In doing so, they unlock an ancient history of monster conflict, witness the primal war between Kong and an otherworldly ecosystem of deadly new creatures, and finally reveal how this lonely god became the last of his kind. Featuring new monsters and previously unseen Skull Island locations, the book gives fans a chance to see how Kong has evolved since the events of the film.

With a dramatic narrative that paves the way for what is to come, fans will discover new revelations that point to the future of the MonsterVerse.

Skull Island: The Birth of Kong, is a 4-part saga that delves deeper into the mysteries of Skull Island and the mythic origins of Kong. Written by Arvid Nelson, the first issue is available in print and on Comixology today, April 12, 2017.