It’s no secret that Marvel’s superhero movies are wiping the floor with the sad little orphan child that is DC films. Now, to be fair, DC films still gross a ton of money, but critically, Marvel is consistently the victor. Sure, DC got into the game a little late, but what are the reasons their films aren’t as well liked? Their heroes are generally better regarded/well-known, and yet Marvel has somehow managed to make us care about freaking Ant Man of all people.

So what is it that critics, and audiences, love so much about Marvel? How does Marvel keep pulling it off even after fourteen movies? Why does anybody care enough about superheroes to waste time writing about it as if it’s something worth discussing? 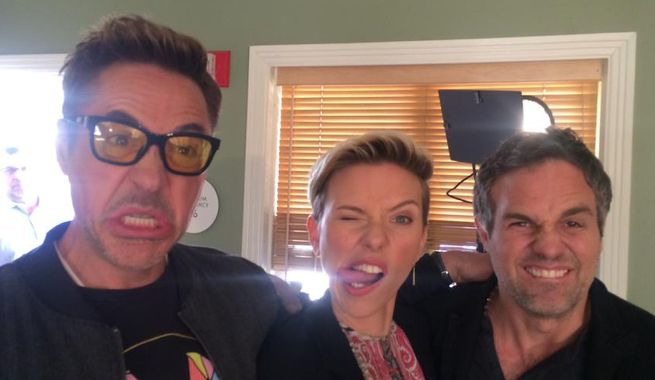 Think about the Marvel movies that have been the best: Iron Man, Captain America: Civil War, The Avengers. What do they all have in common? Their directors have all, at some point, directed straight-up comedies. Iron Man‘s Jon Favreau also directed Elf. The latter, and better, two Captain America films were directed by the Russo brothers who are well known for their work on Arrested Development (the greatest television comedy of all time). Joss Whedon? He reimagined his own Buffy The Vampire Slayer into one of the most iconic television series of all time; and also co-wrote and directed one of the web’s first must see series, Dr. Horrible’s Sing-Along Blog.

And this isn’t an isolated event either. The upcoming Spider-Man movie is directed by Jon Watts, who used to work for The Onion;  while the new Thor movie is made by the Taika Waititi, director of the hilarious films What We Do In The Shadows and Hunt For The Wilderpeople.

Repeatedly, from Ant Man to Guardians Of The Galaxy to Iron Man 3 we consistently see Marvel employing comedy directors to great effect.

“Fine,” you say. “But what does that mean? Why would that make it any better? Marvel isn’t directing comedies. They’re directing art!”

Well, my needlessly-argumentative friend, I think it boils down to character development.

The greatest hurdle for any director of an ensemble movie is making each character interesting and relatable. Additionally, each character needs to be distinct enough. You can’t have two characters who have anger issues. That gets redundant quickly.

Marvel films are ensemble films to the nth degree. Each film includes several important characters that all have to be relatable, interesting, and unique. When you’ve got Iron Man, Captain America, The Hulk, Thor, Black Widow, and other heroes (Oh, hey Hawkeye!) sharing the screen at the same time, it would be easy for character plot lines or emotional arcs to be lost amidst all the twists and earth-shattering explosions. 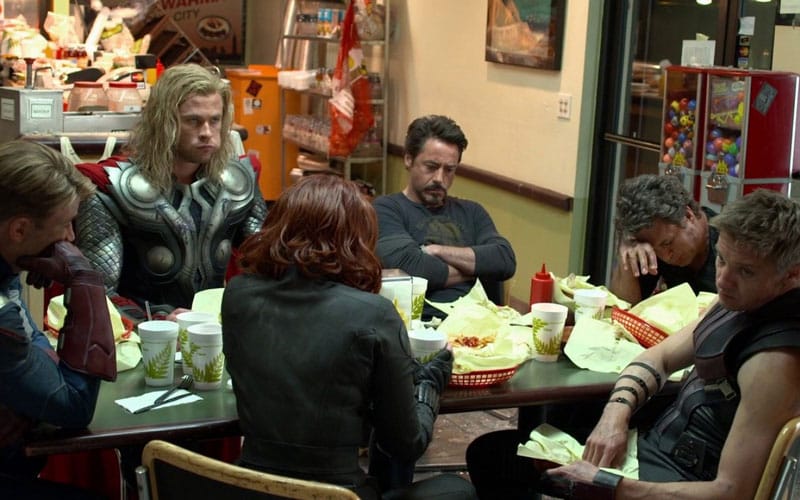 So how do directors get around these difficulties? Making that crap funny.

Comedians, and presumably comedy directors, are constantly seeking out humor in the mundane. That is, they mine real life for their material. Marvel movies are littered with little scenes that ground the films, and show off character development and personalities, in ways that pure exposition or overly emotional developments never could.

Take, for example, the scene in Avengers: Age Of Ultron where the Avengers team tries to lift Thor’s hammer.

In just this one, tiny clip, almost every major character reveals themselves in some way.

Hawkeye, always sort of the odd man out due to his relatively low-impact “power” of basically just shooting arrows real good, tries to assert himself by challenging Thor (a literal god) to a strength test. Hawkeye reaches for the hammer but fails quickly, as expected. He doesn’t let it phase him, because he’s in the company of super heroes and, per usual, he defers to one of them.

Next is the snarky Iron Man. He reaches for the hammer, constantly quipping sexual jokes while asserting his arrogance and sarcasm. When his strength isn’t enough, he quickly turns to technology and even brings in War Machine who is his main sidekick. This mirrors his approach to every other situation in the Marvel Cinematic Universe to that point.

Then, Hulk takes a stab and jokingly pretends he’s turning into his terrifying alter ego. The “joke” falls flat, and the humiliated nerd returns to his seat. Once again, he doesn’t really fit in and the contrast between his immense power and subdued personality rears it’s green head and stretchy purple pants.

And maybe it’s a cop out, but the fact that Black Widow doesn’t try and pick up the hammer speaks to her character as much as an attempt might have. She doesn’t need to be involved in penis-measuring contests.

She has already proven herself and as a cool, collected espionage agent. She has no need for such games.
Just like that, the film manages to provide characterization for something like seven distinct characters in the span of about ninety seconds. And it’s hilarious. We, as the audience, actually enjoy watching that scene, and don’t even really notice the subtle things we’re learning. Nobody tells us The Hulk is a quiet loner nerd; the film shows us.

We like the Avengers because they’re funny, real people just like us. Sure they can throw tanks around and they fight aliens, but they’re still motivated by a lot of the same things we are.

This is something DC has yet to learn. When they employ humor it doesn’t really do anything besides try and lighten the mood in an otherwise dark, epic film. It doesn’t add much to the moments. It’s just… there.

Nerdwriter made a fantastic video where he points out Zack Snyder’s (director of Batman v Superman: Dawn of Justice) inability to put together a coherent, grounded scene. The man crafts incredible “moments” in his films, but they never feel like anything that mirrors real life. He never takes time to “set the scene,” as it were. The characters don’t feel like real people in real places. 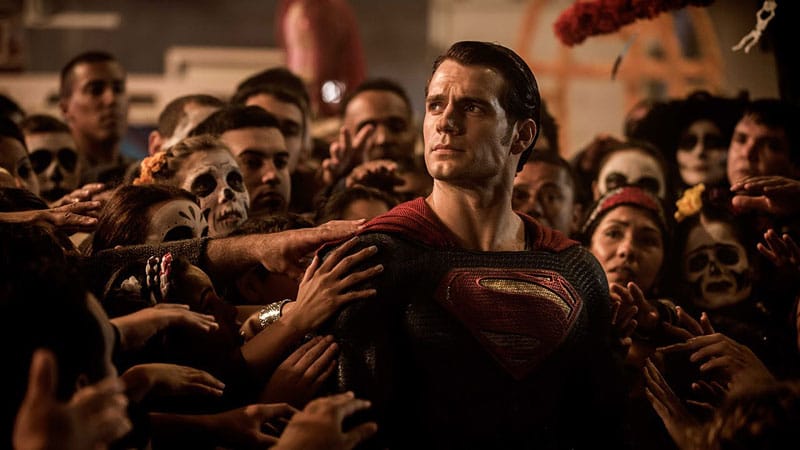 Marvel does take that time to make sure we’re relating to what’s happening onscreen – no matter how outlandish it may be in reality.

It’s not that other types of directors couldn’t set scenes or provide characterization without humor, it’s just that comedy is more efficient. As Marvel films expand and add more and more characters and plot lines, there’s less time to spend developing everybody. Humor provides that characterization in a short amount of time and, as a bonus, makes the movie that much more enjoyable for us.

Marvel has figured out the secret formula to making a massive, sprawling superhero franchise tick. Will DC successfully ape Marvel’s formula as it seems to be doing with the new Justice League trailers? Will they find a new way to handle the problem of large ensemble films? Will they ever make a B’wana Beast movie? 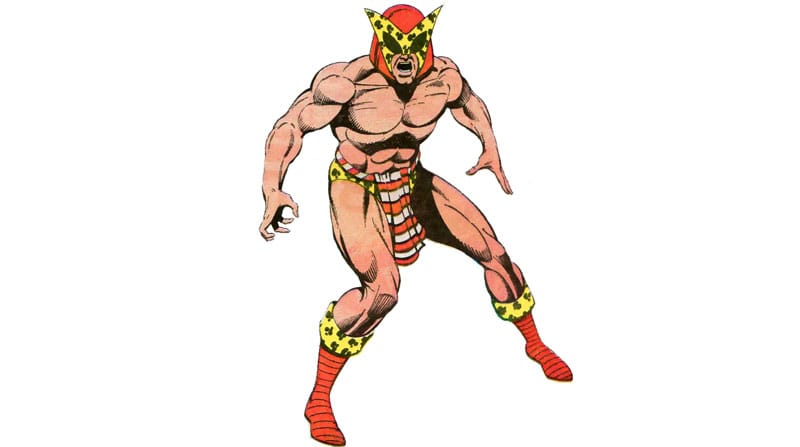 No matter what happens, I’m excited to see where comic book films are headed. And I’m ready for them to make me laugh.

Whether intentionally or not.