[Disclaimer: I have not play tested anything in this book yet. It’s only been available at game stores for a little over a week now, and won’t be available through other retailers until April 4th. That, and I’m in the middle of three different campaigns right now, so come on. That said, I have played most of these in their original incarnations, so I feel I can give a good review of this new offering.]

When I heard that Wizards of the Coast was releasing Tales from the Yawning Portal, a collection of mostly classic Dungeons & Dragons modules, I was, at first, surprised this was coming so close on the heels of the blitz that was the release of Storm King’s Thunder, but then I saw exactly what some of those classic modules were and I was ecstatic. 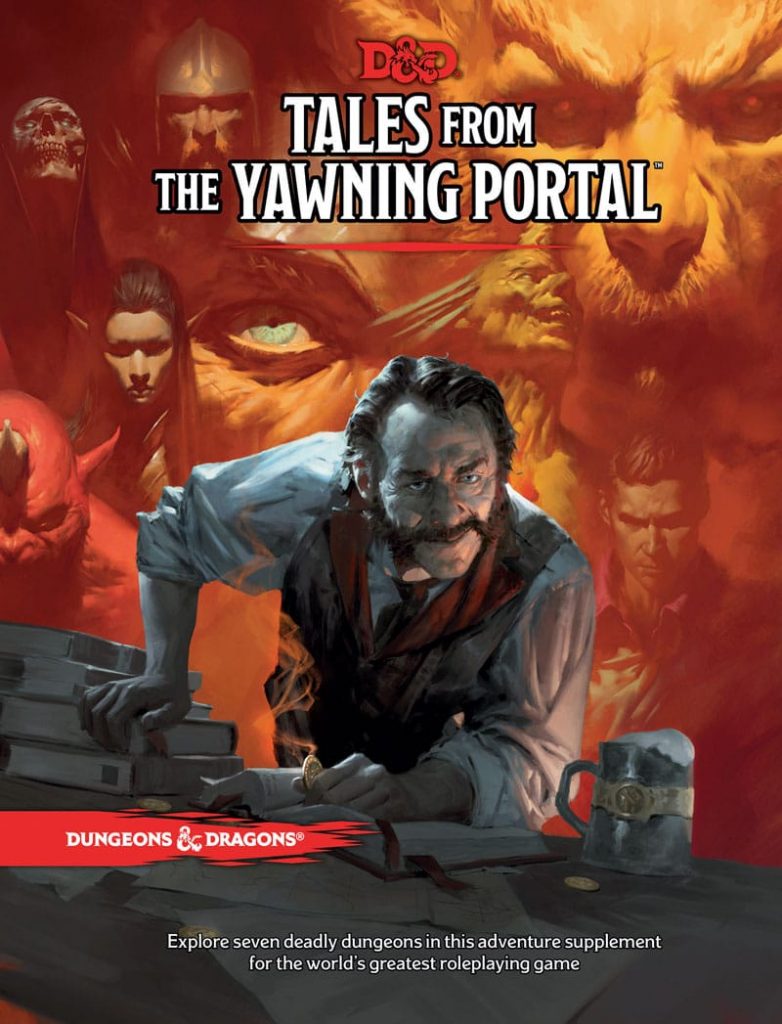 Tales from the Yawning Portal takes seven (or nine depending on how you count them) modules from the late 70s and early 80s era of AD&D–the version I cut my teeth on, two from 3rd edition D&D, and the play test module for D&D Next (which became 5th edition). All have been updated to 5th Edition rules, mechanics, and combat, but still faithfully hold the flavor of the originals. After 40 years for at least one of these adventures, that’s a pretty impressive feat.

The book starts out with a few pages introducing The Yawning Portal, an inn located in Waterdeep in the Forgotten Realms. It’s just set up as a base location; the adventures themselves are all suitable for individual play or insertion into another campaign.

This was a 2000 release and one of the most popular for 3rd edition–particularly as an introductory module. In this adventure, players explore a sunken citadel, mysterious groves, cursed trees and deal with a mad druid and a whole mess of bizarre creatures. It’s a full, rich story with a variety of types of monster encounters and other challenges. 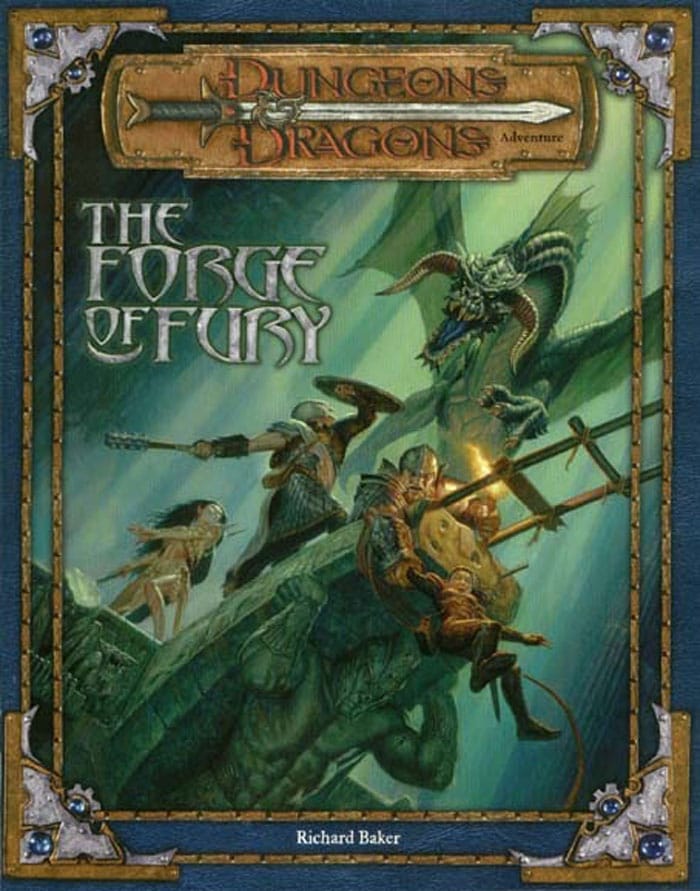 A dungeon crawler adventure also originally published in 2000 for 3rd edition, Forge of Fury introduced the dwarven stronghold of Khundrukar which had been taken over by orcs, trolls, goblins, and the like. Players explore the five levels of ruins for legendary weapons forged by the great dwarven smith Durgeddin the Black. This makes a pretty good follow-up to the Sunless Citadel adventure.

This trap-heavy, puzzle-oriented stepped pyramid setting, first appearing in 1979, seemed very much like it was inspired by the opening scenes to Raiders of the Lost Ark except that didn’t come out until 1981. So good on them for being ahead of the curve. Set in the Olman culture in the World of Greyhawk, the setting called upon Aztec and Mayan culture and even referenced gods such as Quetzalcoatl. The original printing was meant for competition play at 1979’s Origins convention, and this adventure is pretty well suited for mid-level characters (5th to 7th or 8th level). 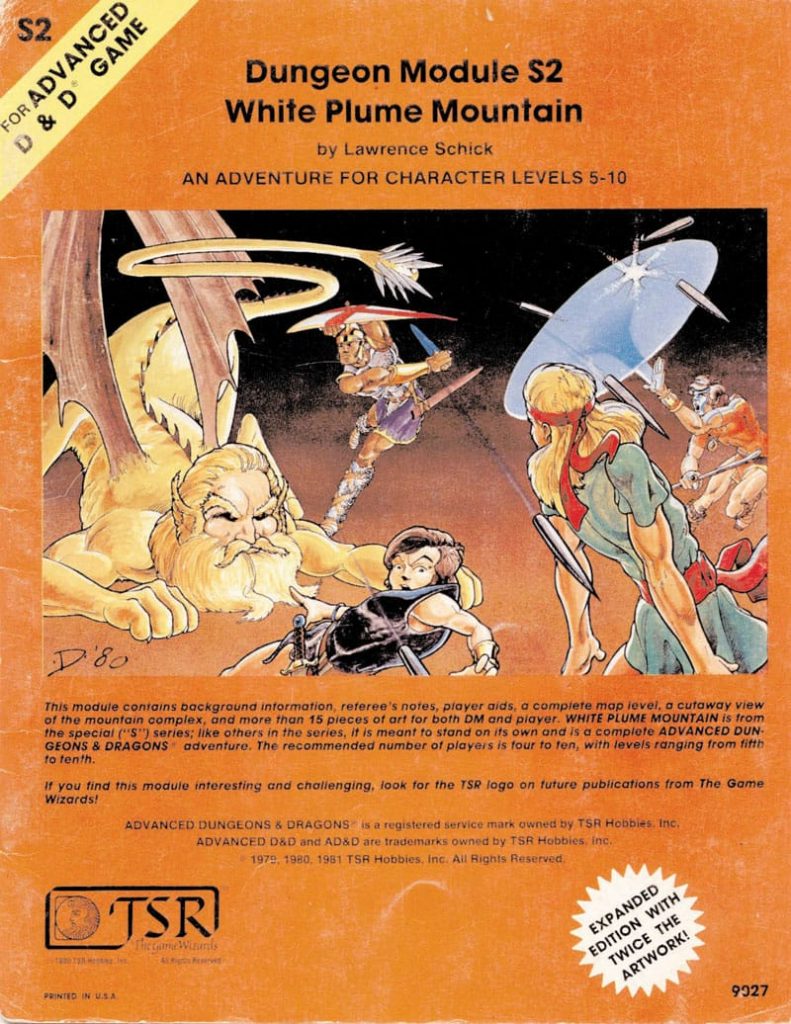 Maybe even more than Against the Giants (discussed later), seeing this adventure in the table of contents made me the most excited–probably because I had such a blast running it for my players way back in 1980. This is another puzzle-intensive dungeon crawl, but the puzzles and challenges were incredibly unique and creative–jumping platforms over hot geysers, dealing with boiling lakes and giant crabs, ziggurats, ifrits, and more–all to acquire the legendary sentient weapons Wave (a trident), Whelm (a war hammer), and Blackrazor (a sword) that have been stolen from their owners by a mad wizard. There was a lot to love about this adventure.

This is the most recent adventure written within this anthology, but still significant enough to warrant its inclusion. Dead in Thay was designed as a playtest adventure for what would become 5th Edition. While still featuring a dungeon crawl experience, it’s pacing is much quicker than the other adventures, and a bit more focuses on storytelling “as it happens” as opposed to exploring hidden mysteries of the past or more leisurely (and meticulously thought out) dungeon delving. I’ve not played it, but I’m looking forward to finding a way to slip into one of my current campaigns.

Originally (and when I first played it) these were three modules: Steading of the Hill Giant Chief, Glacial Rift of the Frost Giant Jarl, and Hall of the Fire Giant King. Each module focused on a different race of evil giant in a mostly dungeon-delving adventures, starting with giants menacing local farmers and townsfolk and moving deeper into a mysterious conspiracy run by the evil drow. To this day I still can’t find myself trusting a drow player character when I run across one. The giants have been updated to be much like the ones already encountered in Storm King’s Thunder. These were probably the first D&D adventures I would have described as truly epic. If Tales of the Yawning Portal does well, I hope WotC follows this up with the drow, kuo-toa, and demonweb adventures. Those were the days. 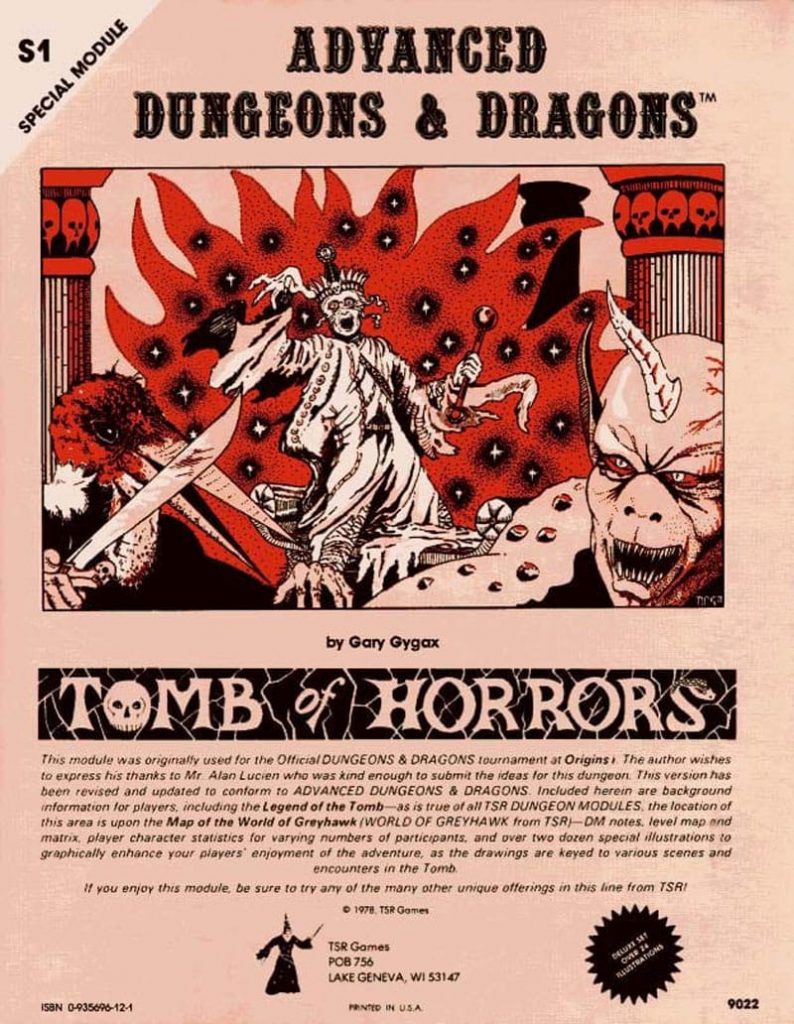 This was originally written by Gary Gygax in 1975 for the first Origins convention. While legendary, it’s a fairly linear game featuring a series of encounters starting from the entrance to the defeat of Acererak the Demi-Lich. That said, a classic adventure like this is a must to play with some hidden layers that don’t really reveal themselves until you play it. It’s tough, too. Monsters and puzzles abound.

Monster challenge ratings vary a little bit from what I recall of the original adventures, but only in minor ways that shouldn’t affect overall gameplay. It would be interesting to see how some of these play with character races that didn’t exist or weren’t playable in AD&D days. The anthology itself isn’t meant to be run like a big storyline like Curse of Strahd, Rise of Tiamat or others. It’s more something for quicker play or, more likely, adventures to weave into your own campaigns.

Price-wise, it’s not bad. With a cover price of about $50 retail, you can find cheaper versions on Amazon. A tough moral quandary when you want to support your local game store more than the mega-on-line corporation. Still, when you take into account the prices of the original adventures at their original prices–this still comes out as a bargain even when paying full price. While the maps could be larger, the graphics and layout are the usual excellent quality we’ve come to expect. (Actually, large pull-out maps would be a nice extra touch. One thing I liked about the old AD&D modules was the ease of use of maps.) 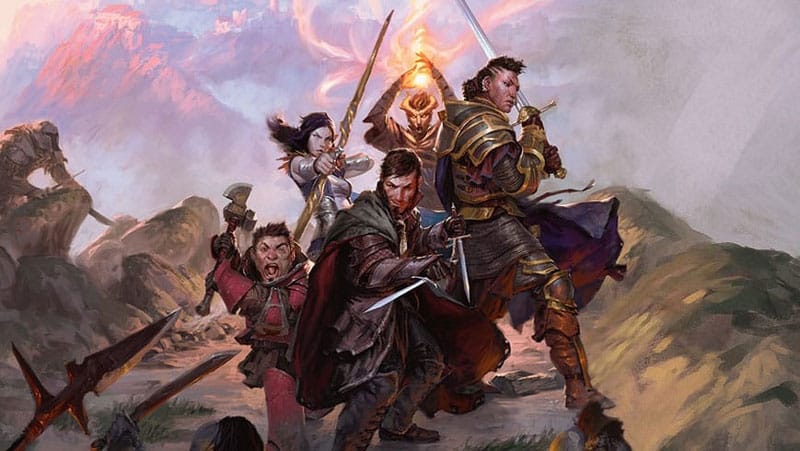 There are Roll20 and Fantasy Ground editions out–also for $50. For the quality of work that have gone into those versions, the price tag is certainly justified, but we still hope against hope that Wizards of the Coast figures out how to adopt a license pricing deal so we don’t feel like we’re getting exploited paying the same price for the same contents in different media.

It would be too easy to complain that other favorites weren’t included in this anthology, but I’ve heard talk of WotC working with other publishers to put out more classic adventure modules updated for 5th edition (such as Keep on the Borderlands). Personally, I’d love to see a new release of the wilderness adventure The Isle of Dread or the weird fantasy-science fiction mash-up in Expedition to the Barrier Peaks.

Other than that, all I see are many reasons to celebrate in this anthology. Even more than Storm King’s Thunder–for me, personally–this book inspires great applause to Wizards of the Coast for producing. It may be nostalgia heavy, but with a hobby as enduring as this, I think it’s great that newer generations of players can get a taste of some old school adventuring. 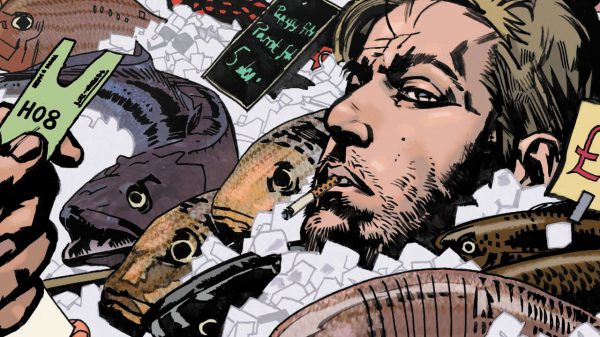