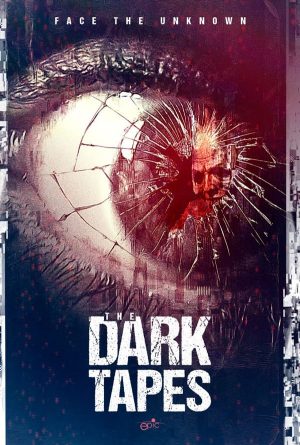 This “found footage” style anthology film that intercuts numerous stories all involving a supernatural “other”.

Among the stories we get a scientific exorcism of sorts, a couple seeking help from paranormal investigators, a group of friends attempting to help someone who experienced a trauma, and a pair of devious cam-girls.

The Dark Tapes is a quality example of the “found footage” film working but is unfortunately being dumped into a crowded field of lesser “first person p.o.v.” fare.

The Dark Tapes is competently shot in a manner that establishes the visual language of the ‘first person p.o.v.’ film while not being overly hurky jerky or being distractingly shaky.

Writer Michael McQuown and co-director Vincent J. Gaustini display mountains of future potential with The Dark Tapes. Well-written characters and premises engage the viewer while knowledgeable fans will notice the use of certain genre conventions and cliché’s only for the filmmakers to defy the expectations of the genre at multiple points in the film. Although to be fair there were some questionable editing choices that pulled me out of the viewing experience causing me to ask myself questions such as, “Who is currently filming this hot?” or “How or why did someone edit together handheld video recorder footage with security camera footage and what does it actually add to the story?”

Add fantastic special effect, both practical and digital, into the mix along with a keen sense of dread provided by the lighting and art direction and The Dark Tapes comes together to form a quality and creepily effective example of modern genre storytelling. The Dark Tapes is sure to be a hit with fans of the “First Person P.O.V.” sub genre and satisfy the expectations of all who seek a good scare.

The Dark Tapes is available on HD Digital and On Demand.