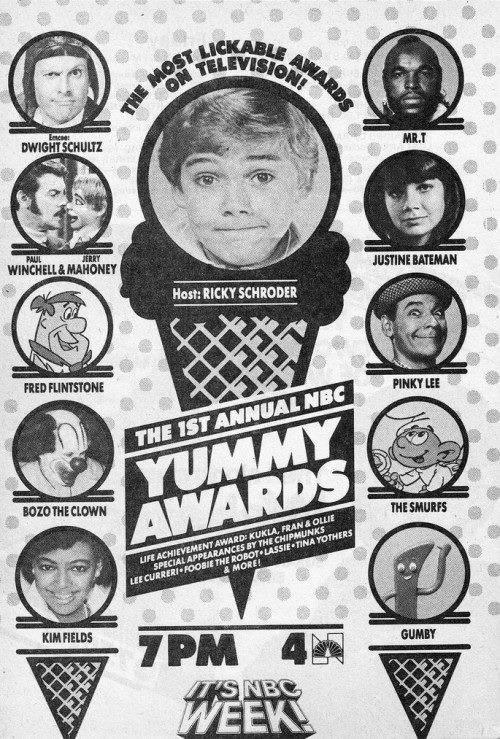 Once upon a time a Hollywood producer was rich and powerful, but lonely, so he wished really, really hard for a son of his own.

Then a Blue Fairy appeared and brought his bag of cocaine to life.

Many years later, that bag of cocaine would grow up to write, produce and direct the 1983 Yummy Awards for NBC.

Back in the day when TV execs would use far-out and bizarre prime time specials to sell their Saturday morning lineup, the Yummy Awards aired to get kiddos jazzed about the upcoming season of morning toons.

An odd combination between Circus of the Stars and a televised press junket where no one wants to be there, the Yummies is a snapshot of a innocent time when networks can deliver kids an hour-and-a-half commercial for their upcoming lineup and make them stoked to see it.

This, friends, was marketing at its best. But entertainment at its very worst.

On the surface, it was so ‘80s you could practically smell the sheer amount of  Dr. Pepper Lip Smackers in the room. Mr. T! Howling Mad Murdock! Ricky (not Rick) Schroeder! Gumby! The Flintstones! Alvin and the Chimpmunks! Bozo the Clown! Tina Yothers! The sheer star wattage and Aqua Net was too much to handle! 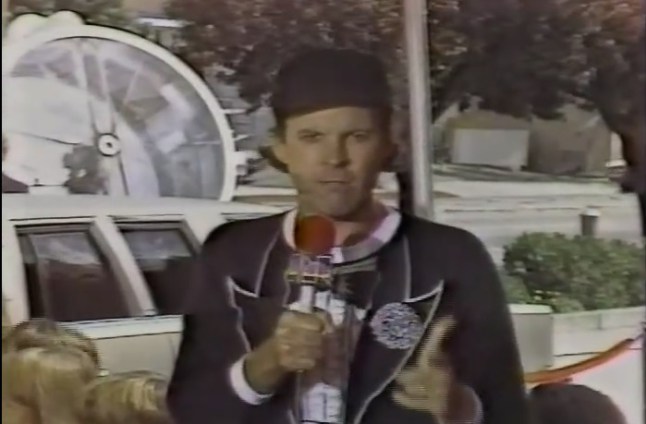 Each and every star was there to market their show or help showcase a Saturday morning cartoon to help fulfill the terms of their contact. Even Ricky looks a little defeated by this smorgasbord of mediocrity, and he’s only twelve. 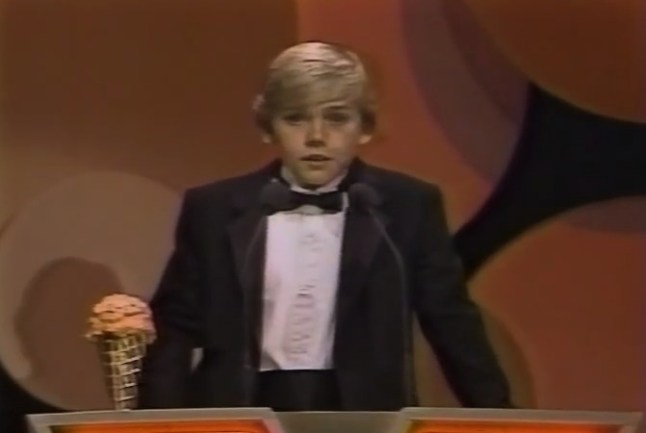 The true highlight of the show wasn’t the disillusioned and bored stars who were hurrying through their jilted dialogue, but the cartoons themselves. In 1983, the NBC lineup was actually in top form, featuring the Smurfs, Spider-Man and His Amazing Friends, Alvin and the Chipmunks and the Mr. T Show, to name a few.

What wasn’t great were the discount costumed knock offs NBC threw together at the last minute to portray these heroes of the weekend. Gumby is lumpy and obviously bitter about Eddie Murphy’s portrayal of him on SNL while Ice-Man looks like a cross between a Space Jockey and one of the silver-painted dancers who do the robot on Venice Beach. 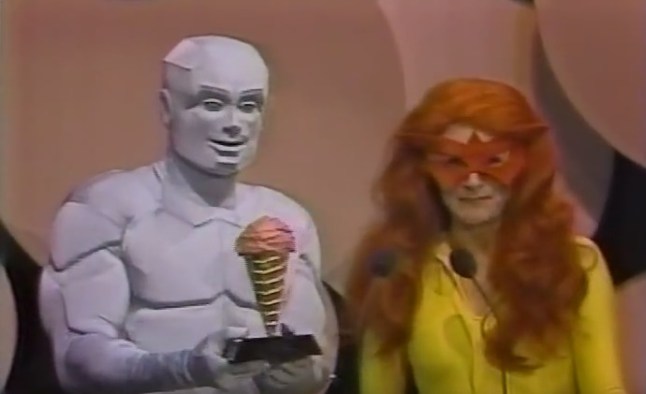 It was an innocent time run by people fueled by illegal substances and Tab soda. People who were creating content for kids but have probably never met, talked or hung out with children before and had no idea what they wanted. It was a time when networks thought they had to sell kids on Saturday morning TV habits with complicated schemes involving Lee Curreri serenading a kickline of Smurfs, a scene I’m 70% sure I’ll be describing to a therapist in the near future.

Saturday morning cartoons are a thing of the past, thus we will never again have a primetime special featuring second-rate versions of our cartoon heroes trying to convince us to tune in. But thankfully, we can still revisit occasional thanks to YouTube.

And laugh. A lot.