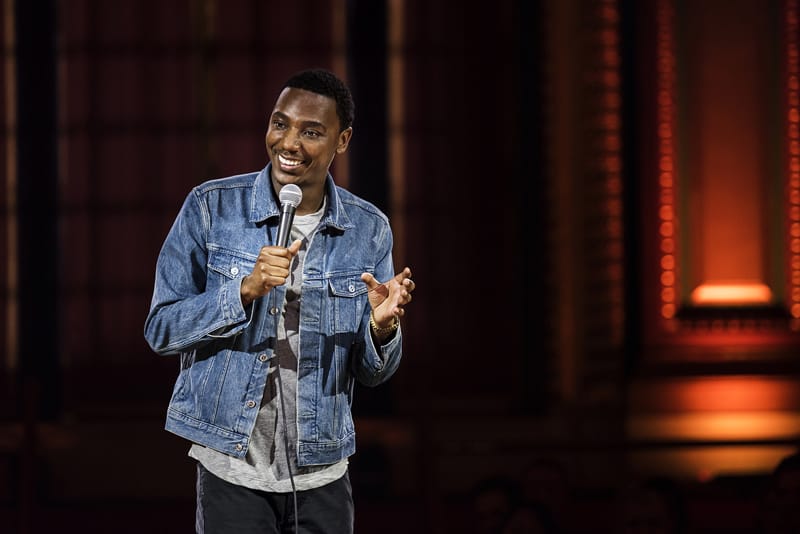 Taped in December before a live audience at the historic Masonic Hall in New York City, the show features his subversive, thought-provoking take on cultural norms. Performing in the round and engaging audience members during his act, Carmichael addresses a wide range of subjects, including Trump’s victory, climate change, supporting the troops, animal rights, being a good boyfriend and his top four fears, as well as exploring larger themes like race, politics, love and family.

And we’re giving away three digital codes to Forces of Geek readers!

To enter, please send an email with the subject header “JERROD CARMICHAEL” to geekcontest @ gmail dot com and answer the following:

Jerrod Carmichael appeared in both this 2014 film and it’s 2016 sequel
alongside actors Christopher Mintz-Plasse and Dave Franco?