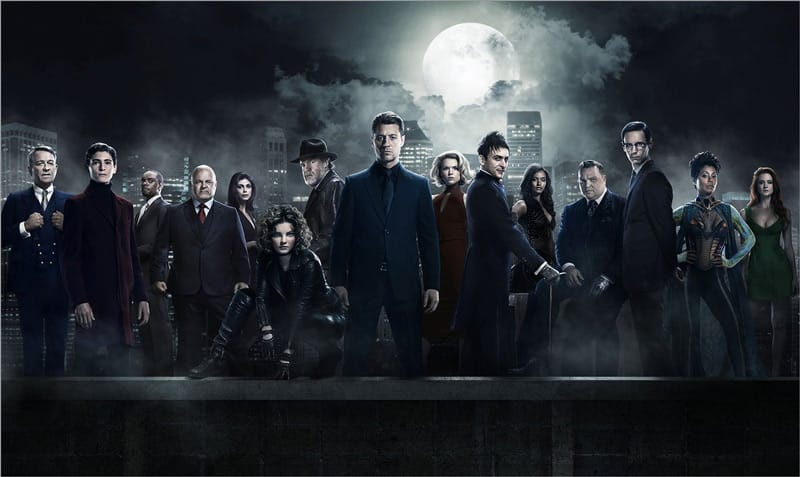 In the latest season of FOX’s hit show, the power struggle in Gotham is more contentious than ever, as DC Super-Villains even more ambitious and depraved are introduced and a realignment of alliances could change the future of Gotham forever. Join Jim Gordon and his Gotham constituents as they navigate the chaos that ensues when the world’s most infamous DC Super-Villains wreak havoc on Gotham as Warner Bros. Home Entertainment (WBHE) releases the mysterious Gotham: The Complete Third Season on August 29, 2017. Gotham: The Complete Third Season will feature all 22 episodes plus fascinating special features including three featurettes, Gotham’s 2016 Comic-Con panel and deleted scenes, and will be available to own on Blu-ray which includes a Digital Copy ($54.97 SRP) and DVD ($49.99 SRP). Gotham: The Complete Third Season is also available to own on Digital HD via purchase from digital retailers.

The fight for order and control in Gotham is deadlier than ever with the introduction of cunning, new DC Super-Villains who might alter the future of our heroes and their beloved city. With the Indian Hill fugitives on the loose, Jim Gordon takes matters into his own hands as a bounty hunter in order to save the city that he loves, but will he accomplish his mission to find deranged mastermind Hugo Strange and Fish Mooney, one of Strange’s villainous subjects? While Gordon plays bounty hunter, Gotham City Police Department’s Bullock and Barnes remain on the frontline in Gotham, fighting against crime and destruction in the monster-ridden city. The city seems to be descending further and further into chaos and darkness as burgeoning DC Super-Villains Penguin, Edward Nygma/The Riddler and more are joined by the future Poison Ivy, now transformed into a young woman who’s harnessed the full power of her charms, and Jervis Tetch aka Mad Hatter, a. talented hypnotist teetering on the edge of madness. All the while, a young Bruce Wayne discovers that there are still more secrets behind his parents’ murder as he peels back the curtain on the infamous criminal organization known as the Court of Owls.

“Warner Bros. Home Entertainment is thrilled to release the third season of the dark and poignant Gotham on Blu-ray and DVD” said Rosemary Markson, WBHE Senior Vice President, Television Marketing. “With villain-filled bonus extras along with the buzzworthy 2016 Comic Con panel, fans can dive further into all the twists and turns that Gotham provides.”

With Blu-ray’s unsurpassed picture and sound, Gotham: The Complete Third Season Blu-ray release will include 1080p. The full HD Video will feature DTS-HD Master Audio for English 5.1. The 4-disc Blu-ray will feature a high-definition Blu-ray and a Digital Copy of all 22 episodes from season three. 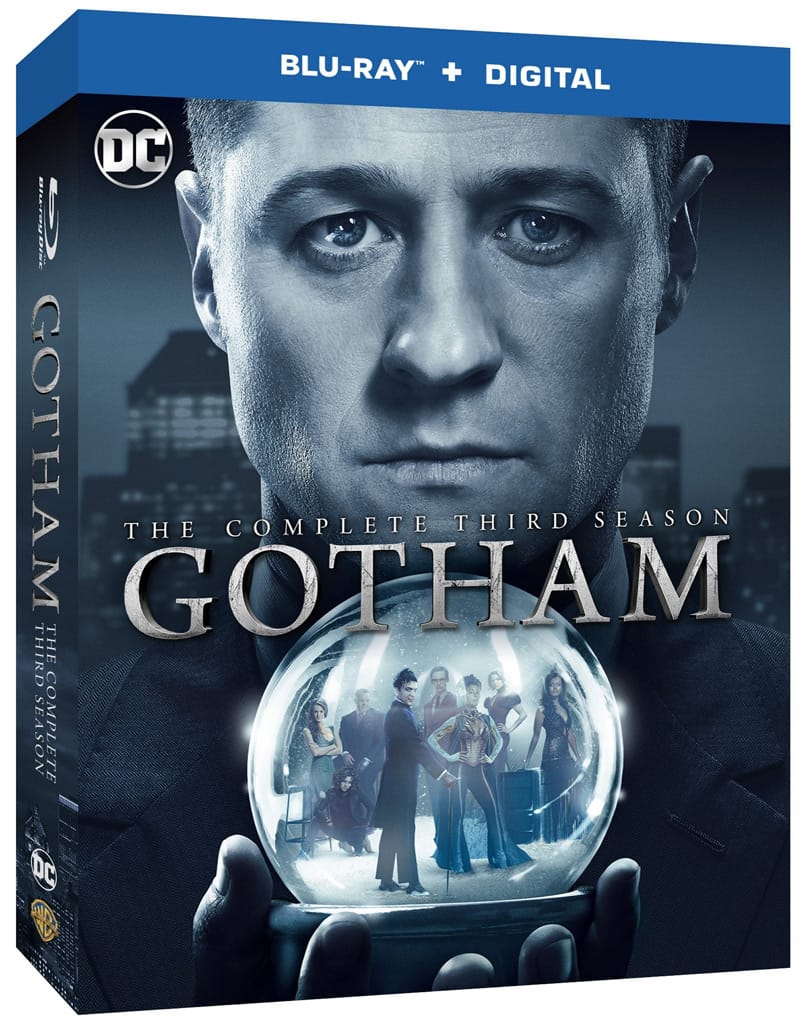