I was one of the first generations to have access to a computer in school (there was just one in the entire school) and my teachers used archaic things like chalk, paper registers and handwriting pens. Today, the majority of schools have ditched traditional equipment like chalkboards and replaced them with technological alternatives and many are using video games in lessons.

Looking back on my school days it amuses me that computers were considered so rare. Nowadays kids as young as 5 can learn basic programming, that would have been an amazing skill to learn and might have stopped me creating hideously embarrassing MySpace profiles with badly formatted html in my teenage years. 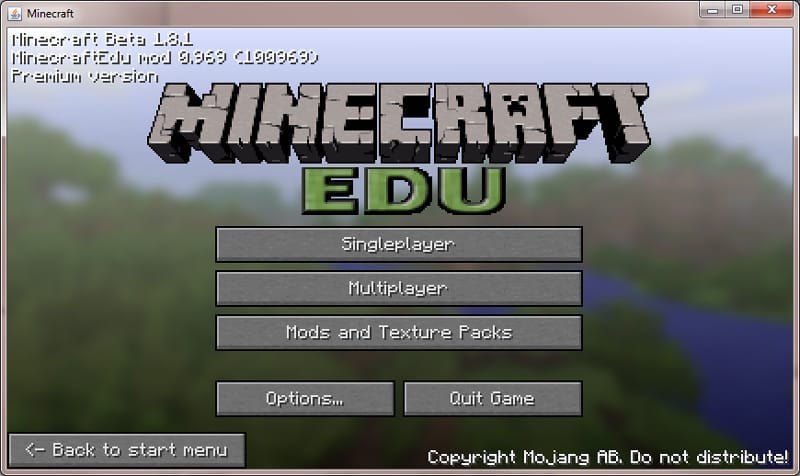 There are also plenty of educational versions of popular games like MinecraftEDU that can help to teach mathematical concepts and SimCityEDU which is often used as an assessment tool.

The educational games I experienced were not nearly as advanced but they were fun and took some of the boredom of school away. Here are 5 educational games that will either induce nostalgia or cause you to shrug and go back to talking selfies on Snapchat: 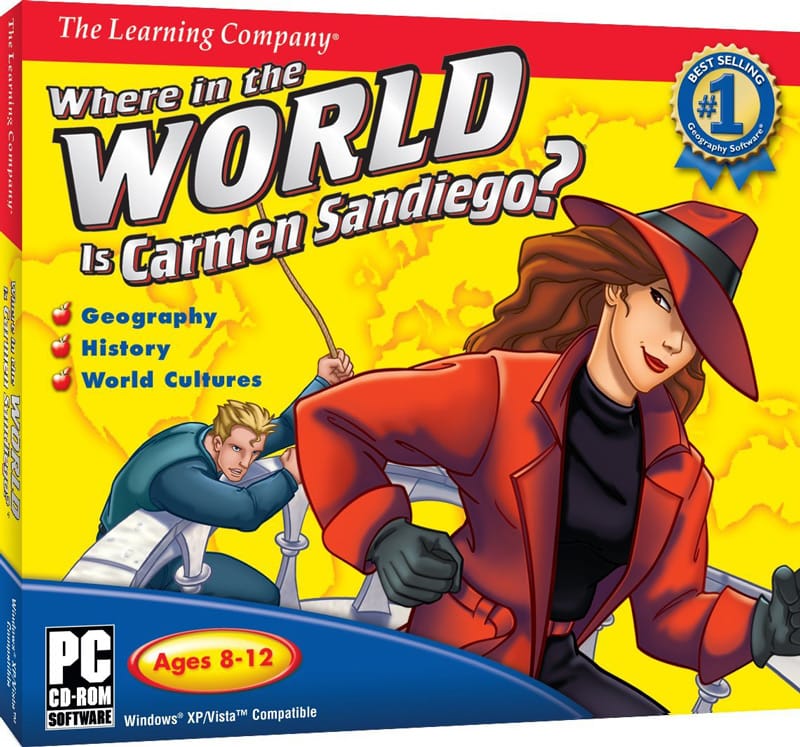 This series taught me many things, useless…I mean, useful facts, geography, logic and reasoning skills and it even taught me to be respectful and to empathise with other cultures, though much of that was already in place because I was a smart kid. I mean, why else would I sometimes choose to play educational video games at home even though I had a Sega MegaDrive? Yeah, I was total nerd.

This game spawned my enjoyment of fictional detective mysteries but despite the titular character being a master thief, the game didn’t teach me how to steal…I guess that explains why I’m so poor. The games depictions of woman and minority women in particular are amazing and the series has consistently and rightly so, been praised for this. 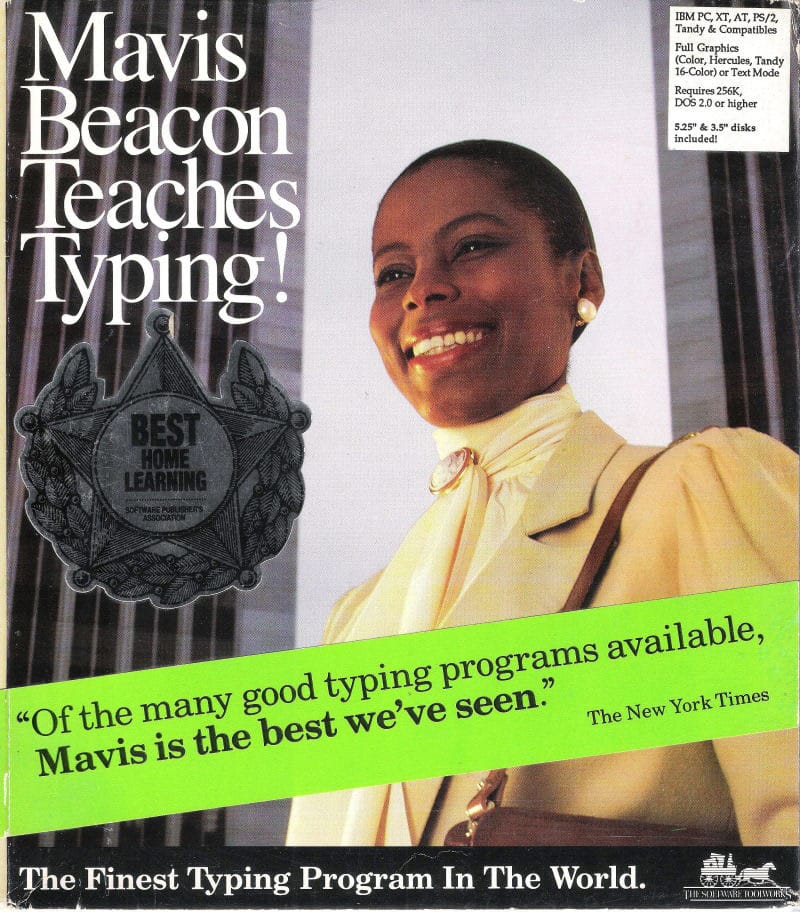 This game…or more apt, this software was an instructional program that taught me how to type more efficiently. No one knows exactly who Mavis Beacon is or why she is the oracle of Qwerty keyboards everywhere but in 1985, the face of Mavis Beacon became Haitian born Renee L’Esperance which caused slight controversy and a reluctance from many retailers because…yep, you guessed it, racism. Even the hazy, rose-tinted nostalgia of the 80s isn’t safe from racist idiots.

Those speed typing tests were exciting to me as a competitive child, I wanted to beat my personal best and boast a faster words-per-minute rate than my friends. Admittedly though, when the Dreamcast came out and released Typing of The Dead, I left Mavis’ tutorage because killing zombies with words was far more appealing. 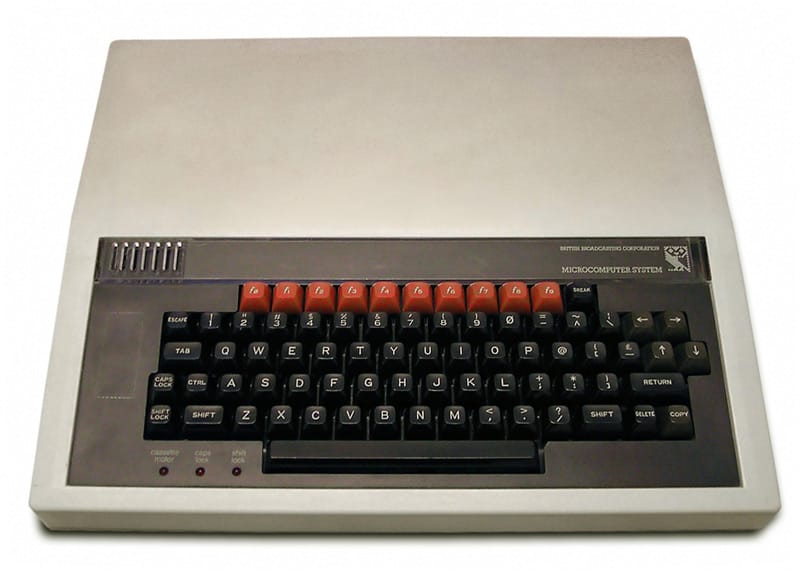 This game was on the BBC Micro, a computing system created for the BBC by Acorn. They were popular in British schools in the 1990s and many schools had at least one or if you went to one of those rich schools, multiple.

Arcventure: The Romans was all about searching for artefacts on a dig site. Of course, us 90s kids wanted to dig up fossils and dinosaur bones back then but no such educational game existed at the time so we had to make do with digging up roman artefacts instead.

The best thing about this game is that once you find an artefact, the game switches to an adventure mode that sends you back in time to the Roman Empire, where you talk to various characters in an attempt to discover how to get back to your current time. Little do you know, these characters give you snippets of information covertly teaching you about the Roman Empire.

I never played them but there were two others in the series, Arcventure: The Vikings and Arcventure: Ancient Egypt. 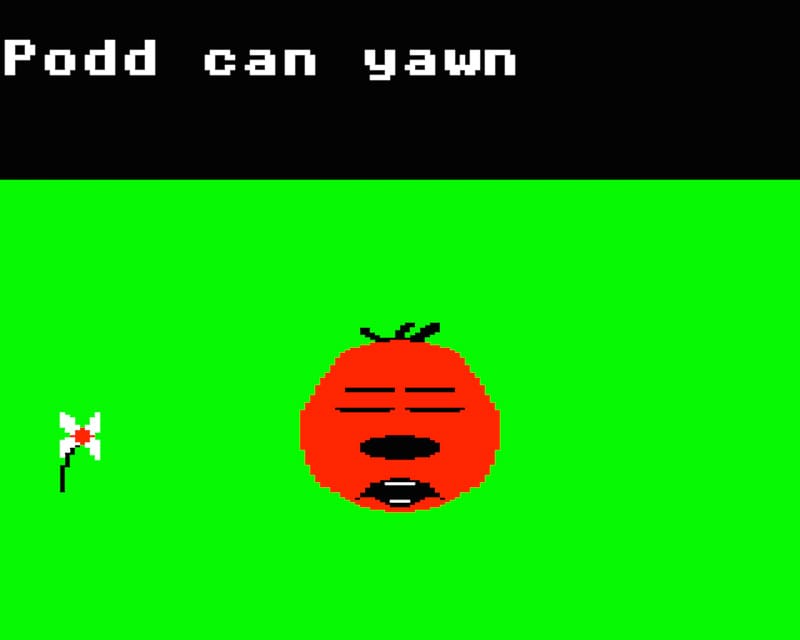 This was another game on the Acorn which taught school kids about verbs (those are ‘doing words’ dontchaknow…I learnt that from my friend Podd). It was pretty basic, the program awaited typed instruction and each verb you instructed Podd to do was mapped to a specific animation, some of these were used for multiple verbs so it is fair to say the British educational system back then confused many, many children.

That said, in the 1990s it appears that there were only 120 verbs. They were less verbose times, simpler times. There was none of this new fangled ‘Instagramming’. Podd would definitely need an upgrade and maybe an Instagram filter too, that green screen is rather painful to look at. 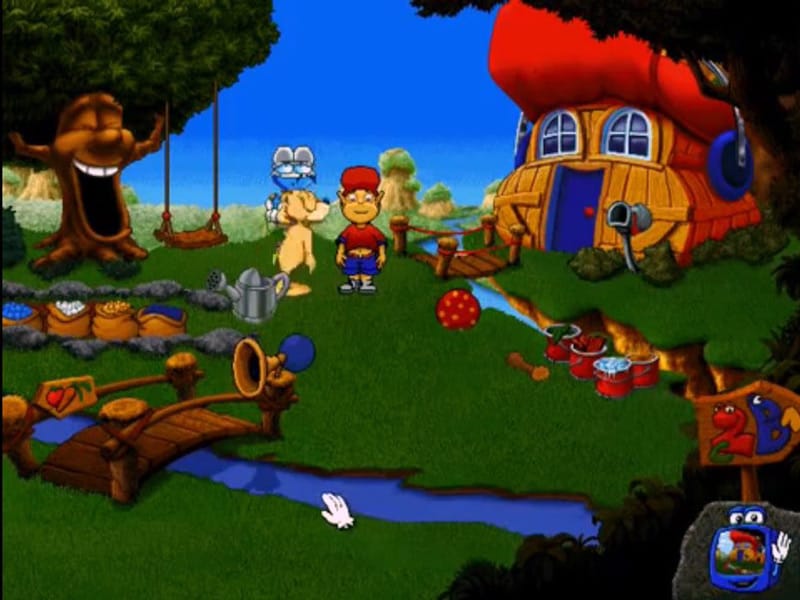 Much younger than other games on my list, this PC game came out in 1996, it was the same year my parents bought a PC for me and my sister (for homework “apparently”) and I think it came with a bundle of other games and CD-ROMs including a copy of Encarta (for those too young to remember, you copied all of your homework from Encarta in pre-Wikipedia days, sometimes you’d even just print pages from it and it was deemed acceptable).

I mostly enjoyed playing the mini-games in this game, one of which was a total rip off of Breakout, which I played for hours and another one taught me about growing vegetables and how to cook. The specific version I played is an English translation of a German game (which I found out recently is about learning English). Either that or it was always in German and I’m multi-lingual without realising…das wäre fantastisch!

These picks are obviously based on my childhood growing up in the 1990s in the UK so if I’ve not mentioned your favourite educational game, that’s why! Let me know in the comments section what educational games you loved, you might even unlock some memories for other people too. I had all but forgotten about Arcventure until I came across an obscure forum thread.

Yes, the word ‘educational’ makes them sound boring but video games are definitely playing a larger role in most school curriculums today. They help teachers to deliver core lessons while keeping students engaged and that can only be a good thing.

I’m sure if there had been a video game in my history class to make learning about the irrigation methods of 17th Century farmers in England more interesting, I might have a PhD in history by now.

In this article:Education/Instructional, Nostalgia, Video Games