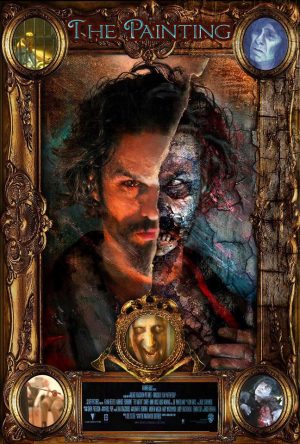 An up and coming artist named Edward Alfonso Lexington seems to be the master of all styles and a worthy successor to the legacy of his famous artist father, all except for the fact that he doesn’t actually create “his” artwork.

It just so happens that he takes other young artists under his wing and helps to support them all while signing his name to their work and passing off as his own, then having them killed when they demand more money or credit.

Lexington’s luck starts to run out when his newest “apprentice” also happens to be a voodoo priestess who uses her powers to weaken him. Edward finally finds a muse to inspire his work but unfortunately the spells against him have started to show him for the twisted evil monster he is and his faithful servants must now scramble to combat the voodoo spells and save their master Edward.

The Painting: The Art Of Slaying is a movie that has some decent ideas and characters along with a handful of impressive special effects but other than that is kind of dull. The script seems to have been written for a broader comic style while the film makers attempt to make a somewhat highbrow film with mixed results since we get a few funny moments among the scenes of over-acted caricatures which literally include a mustache twirling villain and over the top accents.

The effects crew does an admirable job with a few gore shots and some creature work but overall the movie has a plain and at times over lit look that does little to distract from it’s other shortcomings. Unfortunately The Painting: The Art Of Slaying looks flat while it’s comedy falls flat.

The Painting: The Art of Slaying is now available on Amazon Digital HD