I first wrote about the Video Game Hall of Fame a few years ago when it announced it’s first six inductees. The inaugural 2015 class included Pong, Pac-Man, Tetris, Doom, World Of Warcraft and Super Mario Bros.

In 2016 the Strong Museum Of Play – located in New York – welcomed six more into the fold including Grand Theft Auto 3, The Legend of Zelda, The Oregon Trail, The Sims, Sonic The Hedgehog and Space Invaders. 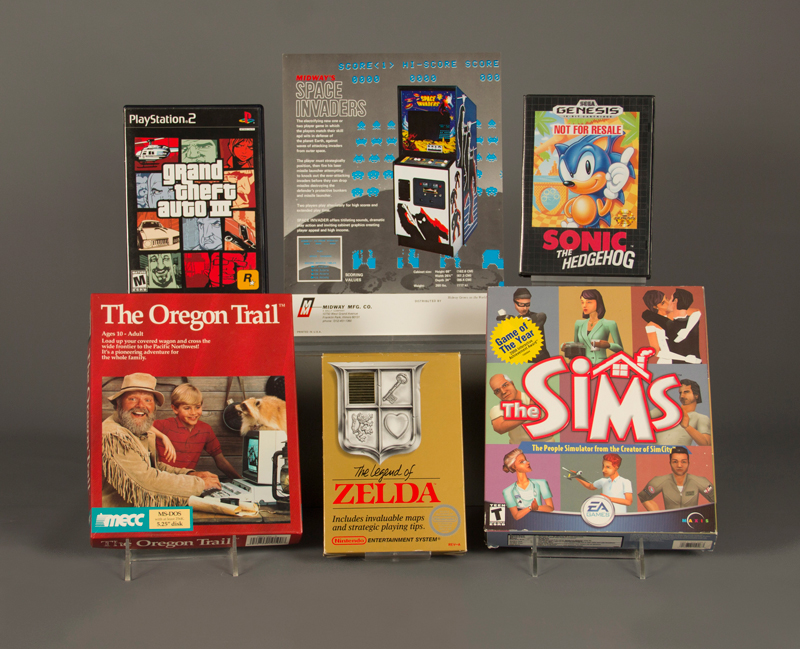 This month, it initiated just four games from a list of twelve finalists into the class of 2017. The ones who didn’t quite make the list were Final Fantasy VII, Microsoft Windows Solitaire, Mortal Kombat, Myst, Portal, Resident Evil, Tomb Raider and Wii Sports. Personally, I’m a little sad that some of these didn’t make the final cut but looking at the four that won I find it hard to stay disappointed. 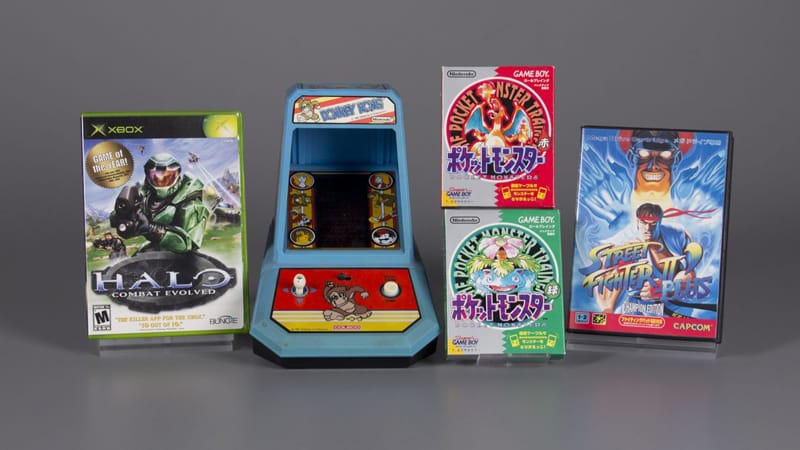 As I missed out on last years entries, I’m going to take a look at the inductees of both 2016 and 2017 and consider whether they deserve their esteemed accolades.

This game caused mass hysteria in the late seventies and it even spawned an urban legend which claimed the game had caused a 100 Yen coin shortage in Japan. Of course, it turned out to be false but the point is, people believed it because Space Invaders was everywhere after its release in 1978, it literally invaded space in arcades everywhere and in Japan, there were entire arcades dedicated to Space Invader cabinets.

Without Space Invaders, many of the industries best games designers might have taken very different career paths as Shigeru Miyamoto, John Romero and John Carmack have all cited it as being the first to piqued their interest in games, not to mention the game paved the way for the entire shooting genre to come. 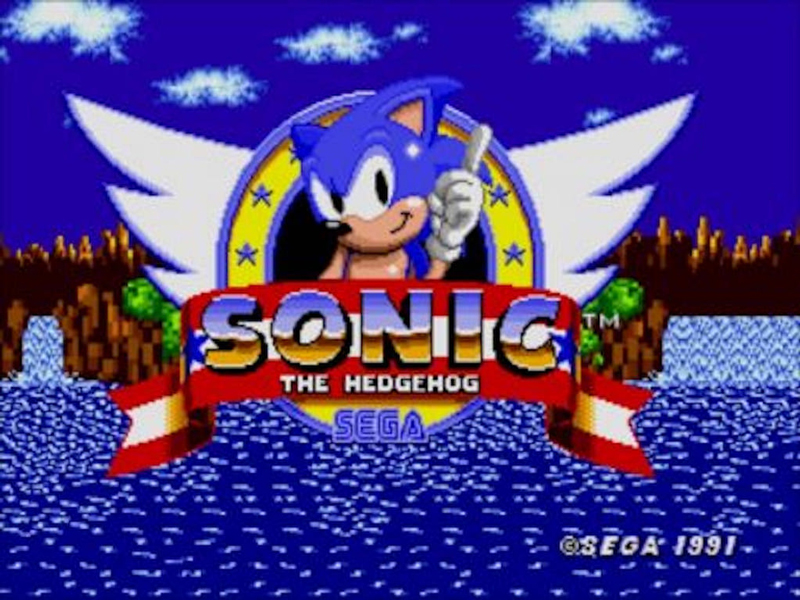 It always amuses me that a super fast blue hedgehog with running shoes became a gaming icon (then again, it’s no less weird than a fat Italian plumber I guess). Back in the day, Sonic was my 16-bit King, I was firmly in the Sega camp during the Sega-Nintendo war of the 1990s. In my spare time, I would practice drawing him, adorning my bedroom walls with his image.

I preferred the second installment but the first game in the Sonic franchise was designed for fast gameplay and introduced a revolutionary technique from the game’s programmer, Yuji Naka which enabled Sonic’s sprite to roll along curved scenery, meaning Sonic’s speed if handled well enough, would allow you to glide through each stage unhindered by the level design.

This game was so fast paced at the time that my 7 year old mind was blown and I remember it taking a while for my eyes to adjust to the speed.

The Legend Of Zelda 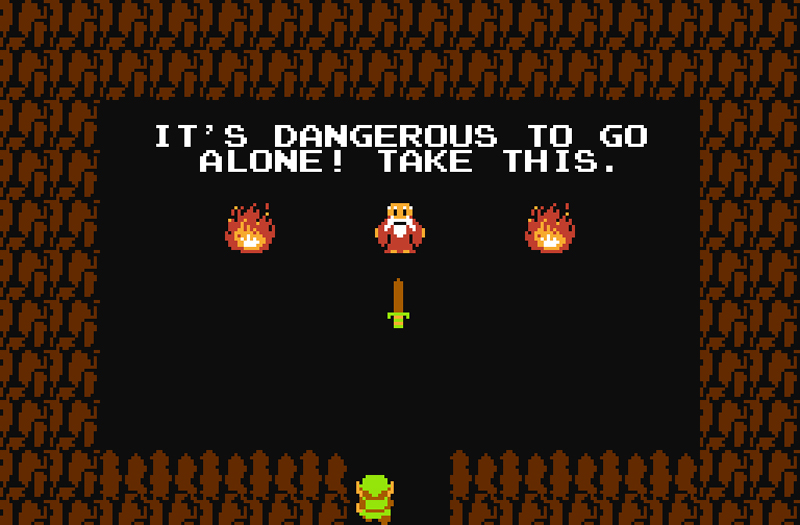 This game holds so much personal significance, it was the first action adventure game world I threw myself into and it transformed the way I saw games. I realised that games were not merely vessels of entertainment but could improve and imprint onto my own life.

This particular game got me through a difficult time during my formative years and I found strength in the Triforce – which I now have inscribed onto my wedding ring. I love the music of the game so much that I also walked down the aisle to “The Legend of Zelda Theme” by the composer, Kenji Kondo.

The original game had a lasting effect on puzzle games and the action adventure role playing genre. Some 31 years later, with the recent release and subsequent success of Breath of the Wild the franchise is still going strong and proves just how important this game is. It’s one I hope is still around if I ever have kids of my own. 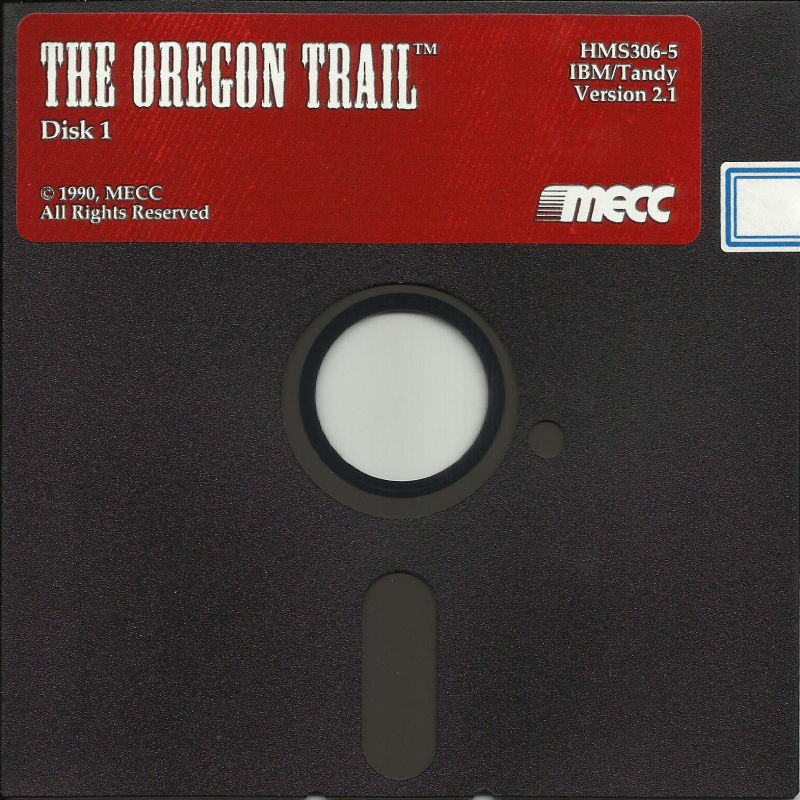 Many were surprised at the induction of this game in to the Hall of Fame, however I welcomed it especially as it’s the first educational game to make the honorific list. It helped to revolutionise educational software and it’s success meant that schools began purchasing computers and teaching children how to use them.

The game itself taught young people about the harsh reality of pioneer life in the 19th-century. It took history, a school subject that many children find boring and made it engaging and fun.

There were two computers in my primary school (elementary) and those of us who finished our work first were rewarded with some computer time where we played text-based games like ArcVenture: The Romans which was similar to The Oregon Trail but with less dysentery and dead oxen. 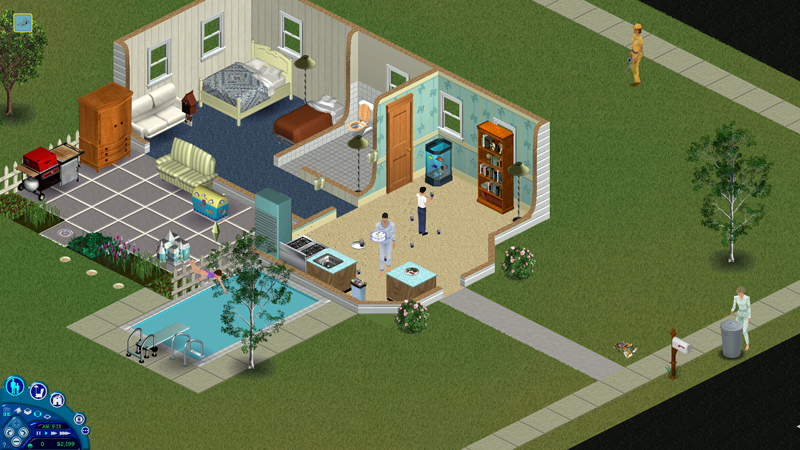 Everyone’s favourite “Playing God Simulator” is a fine addition to the Hall of Fame. Anyone who owned a PC in the 1990s will more than likely have owned a copy of this game. For me, hours of precious homework and revision time was lost to The Sims.

Whether your play style was to obsessively re-create your own friends and family, design amazingly detailed homes or push the limits of your Sims and watch them wet themselves, drown in the pool or burn to death there’s no doubt that hours of your life have been consumed by this game, it’s sequels and add-ons. 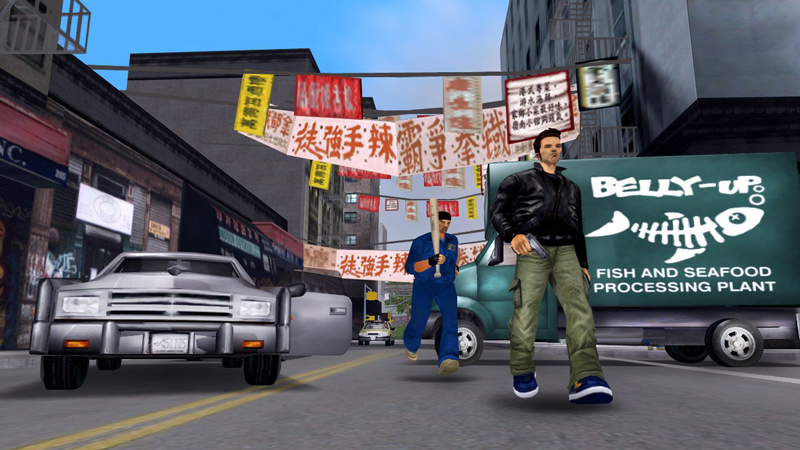 The first in the series to utilise a 3D game engine that positioned the camera closer to the player, GTA3 was a monumental feat from Rockstar Games. They converted each element of the previous  2D games into 3D which even included the sound and in-game radio stations as well as introducing 8000 lines of unique dialogue.

Executive producer of Rockstar, Sam Houser has even described the game as a cross between a gangster film and an RPG citing both the film Goodfellas and The Legend of Zelda game series as influences.

The games vast open world and tongue in cheek humour made this game hugely popular and although sand-box open world games already existed, this was the first to achieve such widespread, mainstream success. The emphasis on mature content also spawned important conversations about video game ratings and proved to the world that games aren’t “just for kids”.

There would be no Mario without Donkey Kong but that’s not the only reason to induct DK into the Hall of Fame and to assume it is would be an insult to Donkey Kong himself. It helped launch Shigeru Miyamoto’s career and as of its release in 1981 was Nintendo’s most profitable game.

The game itself was simple, colourful and just as addictive as other arcade games of its time, albeit a tad more difficult to master. If you’ve ever played it you’ll know that it requires both patience and perfect timing ability. It is also one of the earliest platform genre games and was one of the first to utilise jumping. If that’s not enough to warrant its accolades, it was also one of the first games to have stages.

Despite being the antagonist in the original game, Donkey Kong later became a protagonist in his own game series and has since become one of Nintendo’s most recognisable characters. 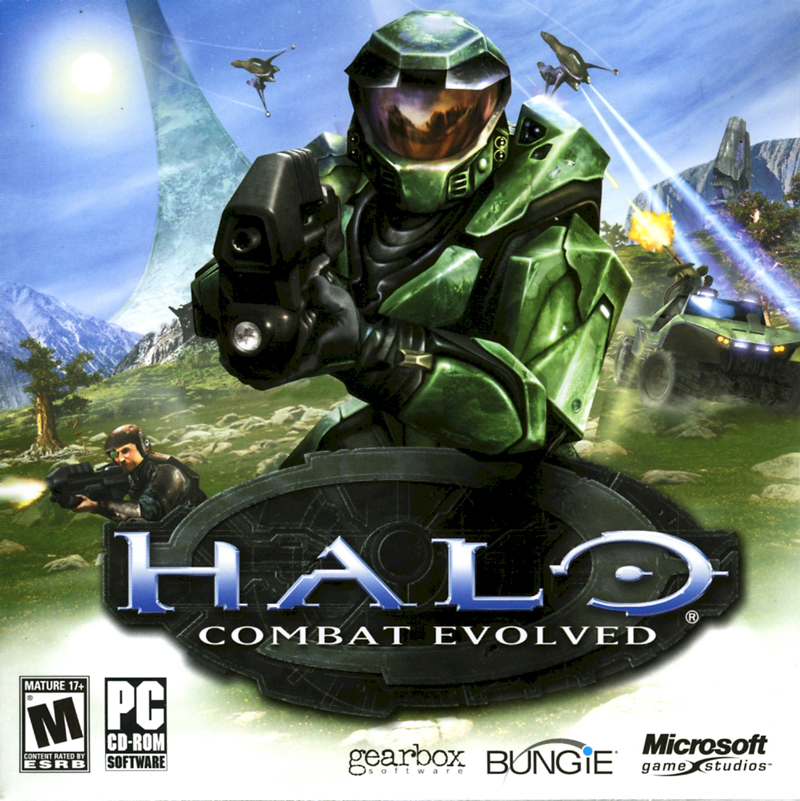 My very first original Xbox game will always hold a special place in my heart. To play a successful shooter back in the day, you needed to own a PC but this game proved that consoles had the processing power and could be just as effective.

In my opinion, Halo took multiplayer gaming to new heights with its system link feature which meant my friends and I could link up 4 Xbox consoles and have awesome 16-player games. I regularly attended Halo LAN parties during college and to this day I still miss being able to play shooters that can support localised 4-player split screen.

I salute Bungee for bringing us Master Chief, Cortana and even the Flood. 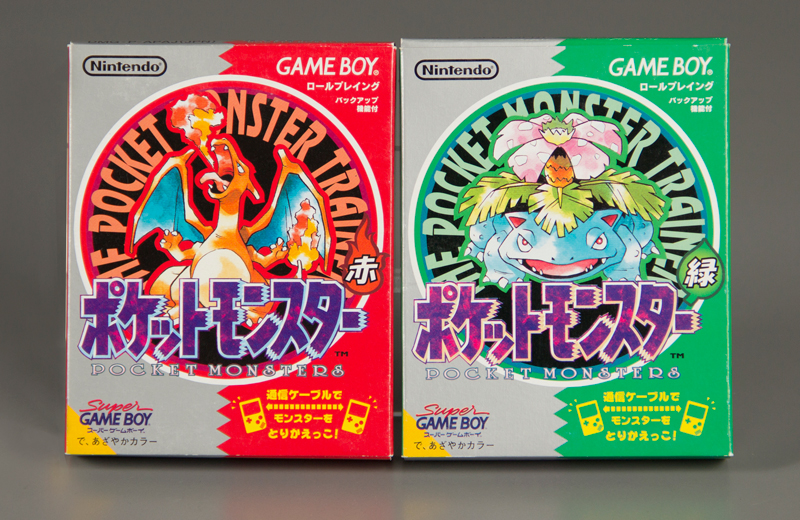 There’s no doubting the significance of these two games first released in Japan on the Game Boy in 1996. The Pokémon franchise has endured for over 20 years and is an international cultural phenomenon to be reckoned with.

With over 295 million copies of the game sold (and that doesn’t even include the spin-offs) and a whopping 21.5 billion trading cards sold worldwide, not to mention 17 films and over 800 TV episodes as well as Pokemon Go, it remains the highest grossing entertainment media franchise to date. 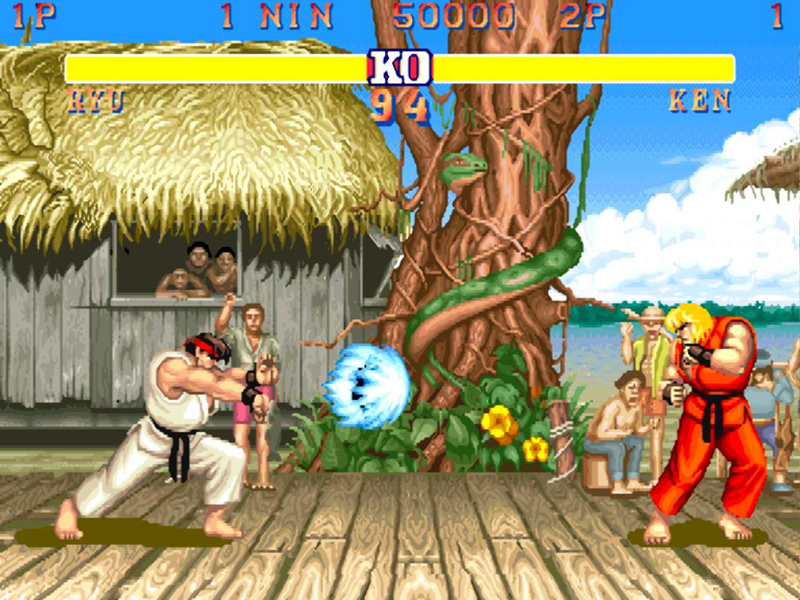 Capcom’s favourite child Street Fighter 2 was released in 1991 and it undoubtedly inspired an entire gaming genre. It’s still one of the best selling arcade games and paved the way for 1v1 fighting games.

There aren’t many 80s or 90s kids around today that don’t have fond memories of Street Fighter 2 tournaments between their friends…or in my case memories of being beaten consistently by certain button bashing friends who utilised the Hadouken fire ball move repeatedly.

There’s no doubt that these iconic games have exerted influence on the design and development of other games and each entry has certainly permeated popular culture. With geographical reach and worldwide notoriety, they take their places deservedly…even if they did beat Final Fantasy VII, Resident Evil and Tomb Raider (don’t worry guys, there’s always next year). 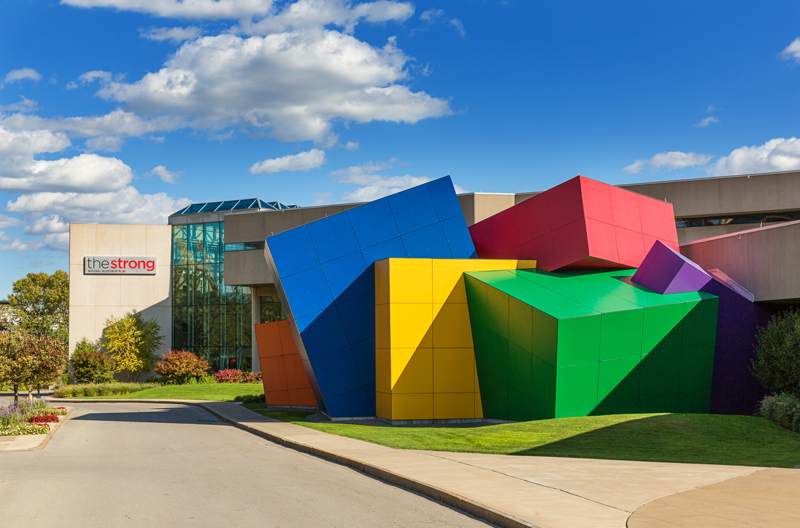 What culturally important games do you think deserve entry into the Video Game Hall of Fame? Let us know in the comments section or better yet nominate a game for next year on The Strong National Museum of Play’s website.