If there’s one thing guaranteed to get a nerd’s blood boiling, it’s a source material change. Without fail, movie adaptations of certain franchises inevitably burst whatever dam holds back the furious flood of slighted devotees from drowning the internet in their angry comments. They seem to believe that directors like Zack Snyder skip gleefully through the theater audience slipping blades of betrayal deeper and deeper into moviegoers backs, daring them to enjoy his wretched film. By the third act, viewers wonder if life is even worth living in a world where Ozymandias unites Earth against Dr. Manhattan instead of a giant psychic squid. 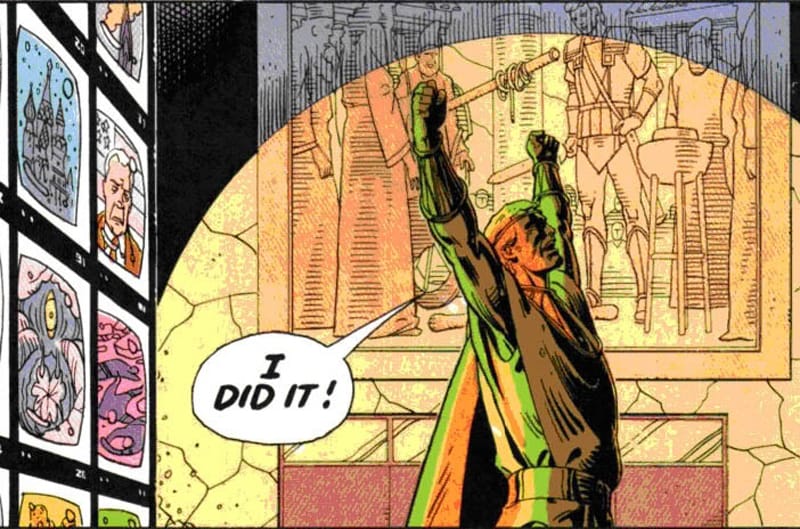 But here’s the thing, getting angry about film adaptations of your favorite comic books or regular books is missing the point. There are several reasons besides wanting to poison your childhood or destroying your sense of self that adaptations are made the way they are. Let’s walk through a few things I think are important to keep in mind. Here, take my hand. The healing starts now.

Maybe people have forgotten, but The Lord of the Rings is about 10 million pages in total. If you were stranded on an island with only that book, you would have kindling for a thousand years. Even spread across 3, 17-hour movies, there’s a lot that Peter Jackson was forced to cut. That’s a good thing.

There’s a reason that most films are in the 90-120 minute range. Just like eating a cheeseburger or a really good steak, the thing has to be experienced all at once, without breaks or… refrigerators. That’s all audiences can really handle. If a movie is really great, directors can stretch the thing to 3 hours, but it can be very taxing on moviegoers who forgot to pack sprinkle Adderall on their popcorn.

Think about virtually every other medium. Sure you can play videogames for 10 hours straight, but even with that it’s pretty easy to pause, go pee, grab some food,  or go on a date when one of your many girlfriends without missing anything. Any book you’ve ever read you’ve been able to put down and come back to. But, theater-bound films? That train is moving with or without you. Whether you like it or not, that’s the primary way films are supposed to be experienced, and the creator is tailoring it for that audience. Jackson -pressed for time – had to make cuts so people wouldn’t get (more) bored.

There’s also different elements and techniques that work for books that just don’t translate well to films. Sure they added more explosions than news reporting into an adaptation of World War Z, but what are they supposed to do? The novel – while brilliant – is basically just interesting interviews about how the world fell. The only thing that ties them all together is the book itself. There’s not much of a central plot. Brad Pitt had to muster all the magic in his flowing hair to build a cohesive story audiences could follow. Few would enjoy a movie with 13 different 10-minute plots following disconnected, random people. Big-budget movies can’t function that way, and they wisely changed the format to fit the medium. 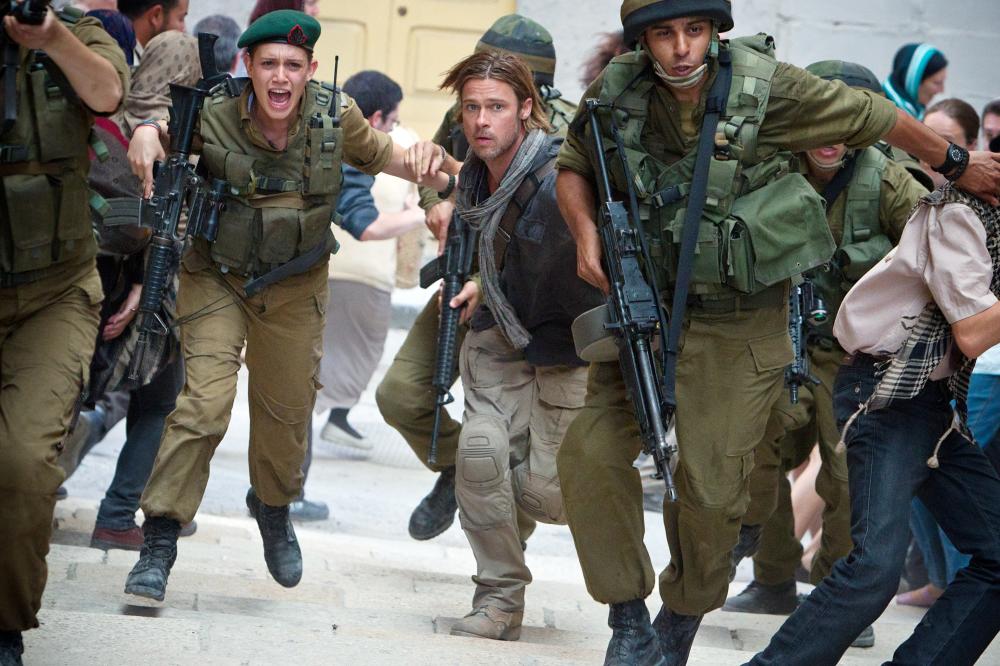 No matter what we think, we don’t just want a “faithful” adaptation. We also want a good movie. Or, at least, we should want that.

You’re Just Ruining The Movie For Yourself 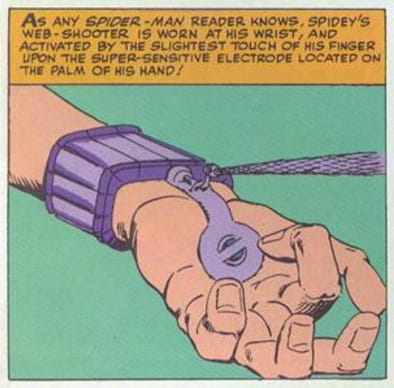 By focusing on how exactly Spider-Man’s webs are made, you’re zeroing in on exactly the sorts of crap that don’t matter. If they made a new superhero movie tomorrow that wasn’t based on a comic book, what sorts of things would you get mad at?

Was anybody furious that the superhero in Unbreakable couldn’t handle water? Of course not, why would you even care? It’s a superhero movie; they always have some sort of goofy weakness to go along with their superpowers. Some superheroes are born with their gifts (or have them bestowed by the god of radioactivity), and sometimes they build their “powers” with their ingenuity or insane wealth.

Both are freaking fine.

The Tobey Maguire films didn’t collapse under the scandal of his ability to shoot web out of his skin, and the Andrew Garfield movies weren’t improved by keeping all his web in a can. One was a series of good movies (and Spider-Man 3), and the other was a very faithful, fat turd of a series.

And the honest truth is that…

I’m not going to belabor this point because I don’t want you all to find out where I live and beat me with a stick, but sometimes the stuff you used to love isn’t very good. We tend to read things from our youth with rose-tinted glasses because they’re part of our earliest, formative memories. We can recognize how important and nostalgic those things are to us without arguing that they’re objectively perfect. Dissenters need not be tossed into the fires of Mount Doom.

Speaking of scary mountains, let’s go back to The Lord of the Rings for a second. Even though the climax of Return of the King was way too long in the movie, thank god they didn’t end it like the book. The Scouring of the Shire was dumb as hell. For those not in the know, the Scouring of the Shire was basically an extra bit at the end of the books where the hobbits need to kill Saruman who inexplicably survived the Battle of Isengard and then took over the Shire while the Hobbits were away. The story was over when SPOILER Frodo destroyed the ring.

Why in the world did Tolkien tack on this extra, small-scale crap at the end? It added nothing, yet nerds were still upset to see this bit included. Guys, you’re wrong. It’s stupid.

Even kickass action franchises have the same issues.

The Bourne franchise? Those books were a freaking slog. I read the first one, and at the end I felt just like the book’s titular character. I couldn’t remember anything about who I was, but I could definitely run a quarter of a mile in a full out sprint before I threw up and needed nachos. I’m sure some may argue, but the books were incredibly boring whereas the movies are freaking awesome (Jason Bourne notwithstanding).

And while I’m not well versed enough in comic books to be able to speak too much into it, how much are we really losing by writing less ass-slapping into the Daredevil show?

This may be stepping out on a limb a bit, but I prefer my movies to have some surprises. This extends to adaptations as well. Sure, there may be some scenes from the books or comics I can’t wait to see depicted on the big screen, but in general, I’d like to see something new.

At this point, I am fully aware that chill Joe Chill murdered Bruce Wayne’s parents. Movies cover this ground all the time and, while I understand it, not every movie needs to be a faithful origin story. Part of the reason Marvel movies are doing so well is because they’re largely past the origin stories the average American is aware of. I’m fine watching Doctor Strange’s origin story. I don’t know the characters very well, although they’re apparently all wrong somehow.

Having different endings or interpretations should be totally fine as long as the adaptors aren’t trying too hard to make a different point than the source material.

In Blade Runner, Ridley Scott pretty fervently believes Deckard is a replicant even though author Philip K. Dick is pretty adamant that he isn’t. In the books, it’s Dick’s view that makes sense. Do Androids Dream of Electric Sheep? is largely concerned with whether mentally-disabled humans would accidentally be considered not human by an empathy test. In the movie, Deckard is struggling with whether the robots are too human and therefore shouldn’t be retired.

It’s a different struggle and both are interesting. By taking different approaches, both materials compliment each other and explore different facets of the same story.

And all of this really boils down to how…

Somewhere along the way, us nerds won the lottery. I grew up largely on Star Wars books and lembas bread, and never expected to see those franchises on the big screen (any more. I knew about the original trilogy, obviously). For comic book aficionados, it’s got to be ten times better. From now until the day you die, they’ll be making comic book movies. Thousands of them! 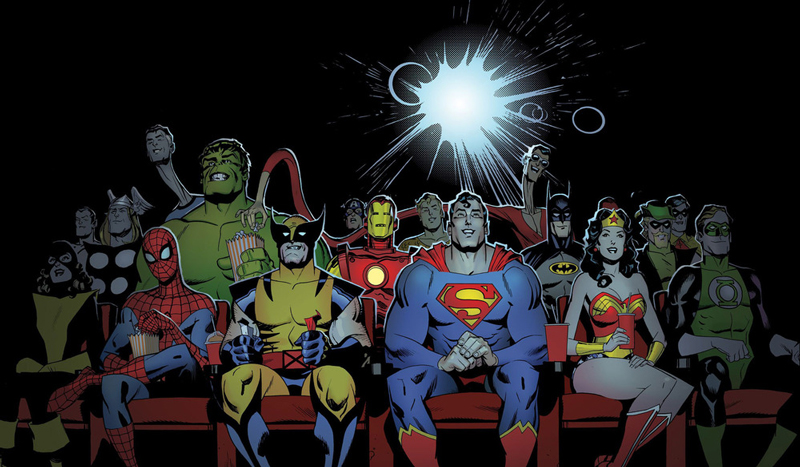 Spider-Man may or may not have built his web shooters in the right way, but surely that’s a small price to pay for the ability to see the things you loved as a kid (and probably even right now) adapted in a high-budget, competent way? Maybe not everything is translated perfectly, but so far it’s translating pretty damn well. Most of these Marvel movies are freaking good.

Comic books are literally the coolest thing in society right now. Thirty years ago, comic books were only for nerds. Now, it’s widely accepted as the hip, cool thing to talk about with your bagger at Wal-Mart. And while you can no longer hide in your niche, there will always be a place for darker, weirder comic books for those who value their uniqueness.

I, for one, am glad that nerd culture has come to be so much more widely accepted.

In that world, we are gods.