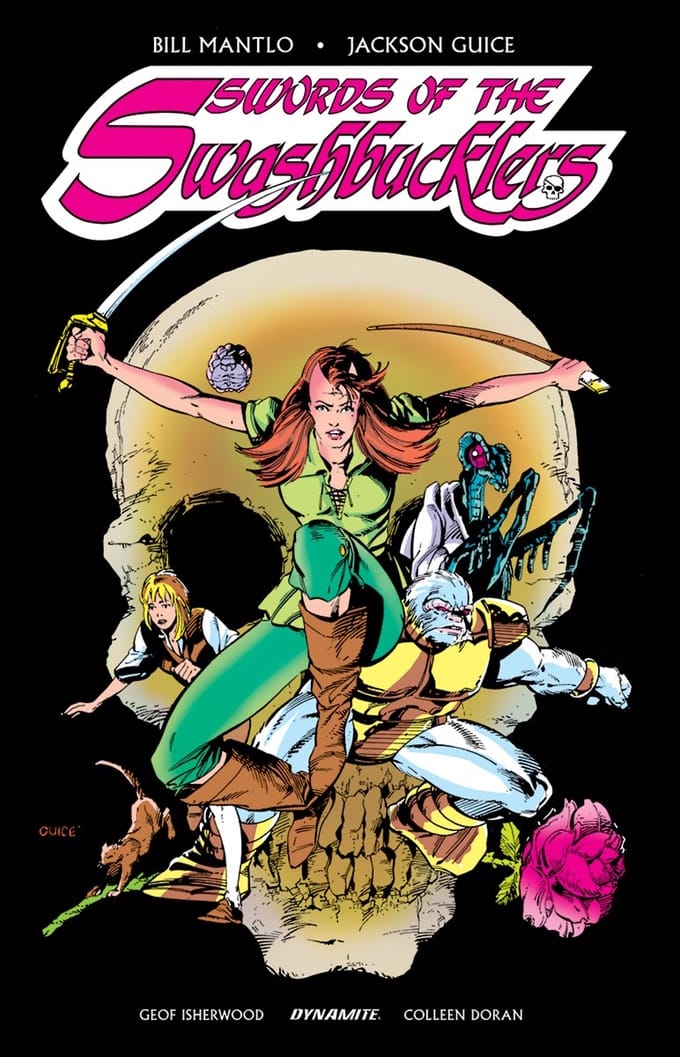 Check out the full press release below and support Dynamite’s efforts in not only collecting this series, but also it’s plans to bring it back.

Dynamite Entertainment is proud to share the great news that, thanks to the overwhelming support of backers, the current Swords of the Swashbucklers Kickstarter has surpassed not only its original $9,500 goal, but two additional stretch goals. It’s with great pleasure that the publisher is now announcing the third and final stretch goal for this Kickstarter campaign: an all-new Swords of the Swashbucklers comic book project with involvement by original series artist Butch Guice and the Mantlo family!

Launched on April 13th, the Kickstarter campaign supports the restoration of the Swords of the Swashbucklers comic series, a creator-owned pirate adventure published by Marvel from 1984 to 1987, as a high-quality collected edition. The support of backers not only gives the long-lost, groundbreaking series the complete and fully-remastered treatment that it deserves, but preserves the prized work of writer Bill Mantlo, an industry great whose career was tragically derailed by a vehicular accident. The new $50,000 stretch goal threshold will continue the adventures of the interstellar pirate vessel Starshadow, its captain Raader, and displaced Earth girl Domino Blackthorne in a full-color project.

The Swords of the Swashbucklers Kickstarter campaign remains active from now until May 12 for backers to contribute toward the new stretch goal:

Backers who support the Swords of the Swashbucklers Kickstarter have the opportunity to receive rewards, including t-shirts, digital editions, collectible prints, hardcover upgrades, and hand-drawn illustrations by Butch Guice.

Artist Butch Guice launched his comics career in the 1980s with Rom and Micronauts and became a perrenial favorite at Marvel and DC Comics. Throughout the years, he has illustrated the most recognizable heroes and heroines in public consciousness in the pages of Action Comics, Aquaman: Sword of Atlantis, Captain America, Doctor Strange, Iron Man, JLA Classified, New Mutants, Uncanny X-Men, and many more.

Bill Mantlo rose through the Marvel ranks in the 70s and 80s to become one of their Bullpen’s most dependable writers. He scripted over 500 Marvel comic books including Spectacular Spider-Man, The Incredible Hulk, Micronauts, and Rom: SpaceKnight. Known for his far-flung cosmic adventures and colorful personalities, Mantlo would be partly responsible for bringing to life Rocket Raccoon, the star of the 2014 blockbuster film, Guardians of the Galaxy and this coming May’s Guardians of the Galaxy Vol. 2. At the height of his career, Bill Mantlo was the victim of a hit-and-run accident in New York City. He suffered a closed-head brain injury that severely impaired his memory, mobility, and fine motor skills. For twenty years, he has resided in a rehabilitation center, where staff assist with nearly all of his physical activities. 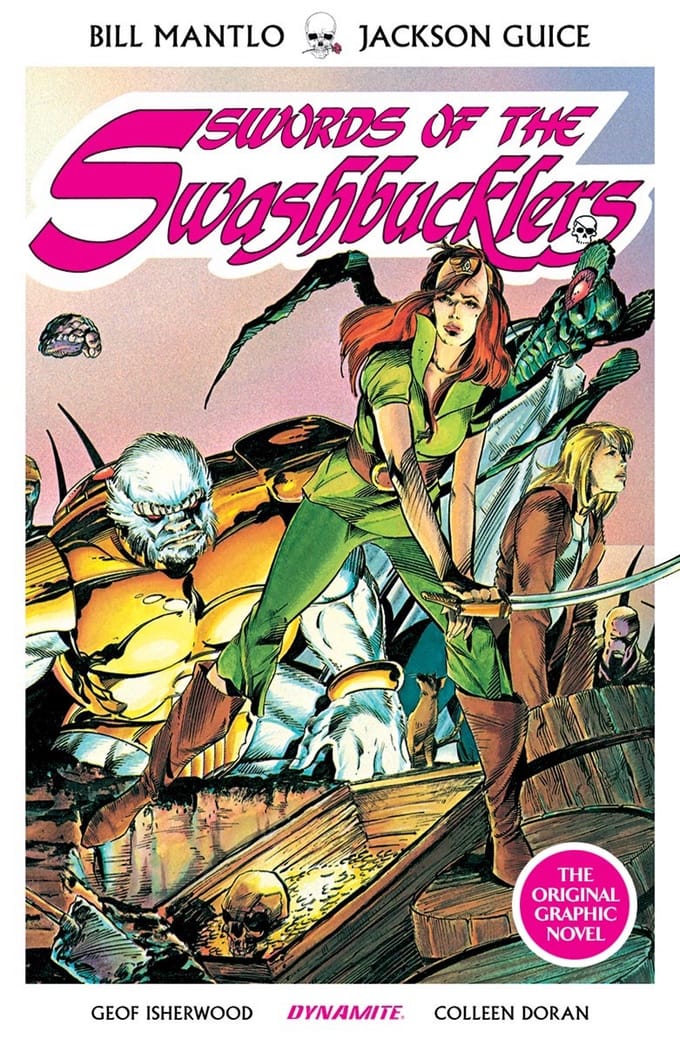 Backers who support this Kickstarter will not only grant one of comics’ earliest creator-owned projects new life with the premium treatment it deserves, but they’ll help get Swords of the Swashbucklers back in print — and now expand the story with brand-new content — so that revenue from continued sales can improve the quality of life for Bill Mantlo, a beloved writer and heavy influence on the next generation of comic creators.