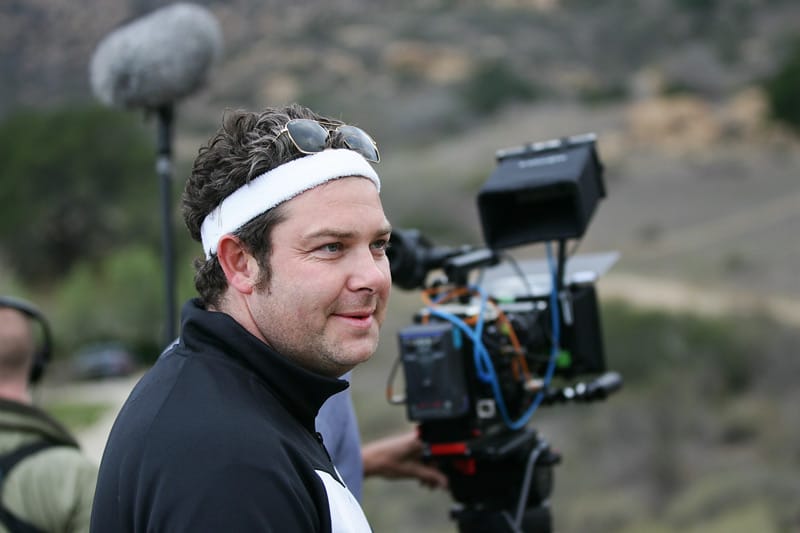 My Scientology Movie spins the traditional documentary format off its axis with a unique format and profoundly revealing content. From two-time Academy Award winning Producer Simon Chinn (Searching for Sugar Man) and in collaboration with Emmy nominated director John Dower (Thrilla in Manila), follow documentarian Louis Theroux’s (“TV Nation”) as he examines the 21st century “religion” of Scientology and the actions of its notorious leader David Miscavige.

Dower offered additional insight on some of the intricacies in making this unusual and controversial documentary.

FOG!: Obviously this is not a normal “talking heads” documentary and I loved that. When you originally conceived this film, how did the format come into shape?

John Dower: Well Louis (Theroux) can’t do a normal talking heads documentary because he can’t do interviews sitting down (I kid you not!). Also his brilliance on screen is being in the moment of a story so it couldn’t be a retrospective talking heads style account of the church. That’s where the whole casting process came into being – not only as a way of getting into the mindset of a Scientologist but also taking characters such a Marty back into that headspace. It seemed a fitting route to go, as here was a religion founded in Hollywood, and with some of its most infamous disciples, A-List movie stars. It was also, as sometimes happens with the best ideas, a complete shot in the dark. We tried it on the first shoot day, it seemed to work, so we kept going …

With the success of documentaries and series about Scientology so prevalent in recent years, were there still things you craved to uncover in making this movie? What surprised you?

Yep, it’s like buses. You wait for one Scientology doc and then three come along at once.

As I said above our ambition was to try and give the viewer an experience of what it might be like to be a Scientologist rather than a dry account of their history.

I’m particularly proud of the scene in which our band of actors go through the church’s drills or ‘religious technology’ for themselves. 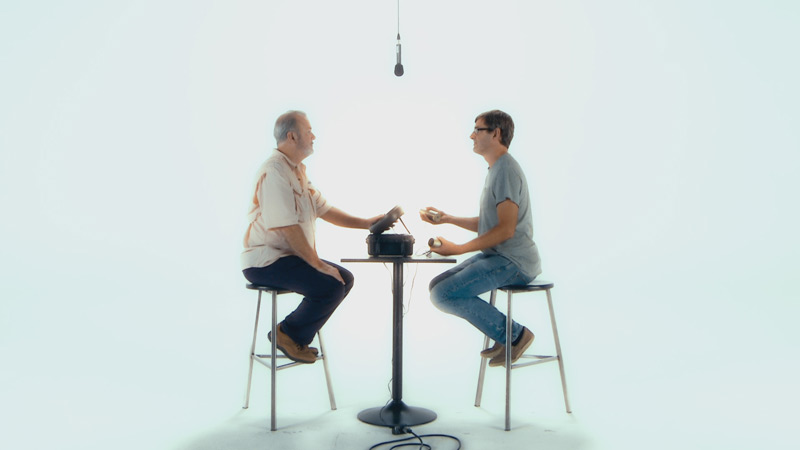 When things with Mr. Rathburn got contentious, was there ever a consideration to not show it on film or was there an immediate determination that it needed to be a part of the story?

If it felt motivated by the story then nothing was off limits. At the time, when Louis challenges Marty at the end of the film and he explodes with anger, I thought ‘blimey Louis have you gone too far?’ But when I saw the footage back we knew it had to be in the film. Marty had after all been in the church for 27 years and some of these intimidatory tactics being used on him … he had used himself.

How much cajoling did you have to do with the actors in the audition process? Wasn’t anyone worried about ending up on some scary Scientology “SP” list?

Some of them really embraced it, especially as an actor in LA you rarely get more than a few minutes in a casting call. Here they had a chance of being in a feature even by virtue of being in the documentary part of the process. One of our Tom Cruise actors raised concerns about whether it might harm his future thespian ambitions. It obviously worried him as he never came back for the recall (or maybe he was the church mole!)

Has the Church continued to intervene at all in the success and distribution of this film? Have they left you alone, personally?

No. A couple of church members were in the audience at the release in Belgium but they are obviously milder versions of their American counterparts as they didn’t partake in the Q & A afterwards. We are still waiting for their promised film on us. I’m excited to see it!

Read our review of My Scientology Movie HERE.