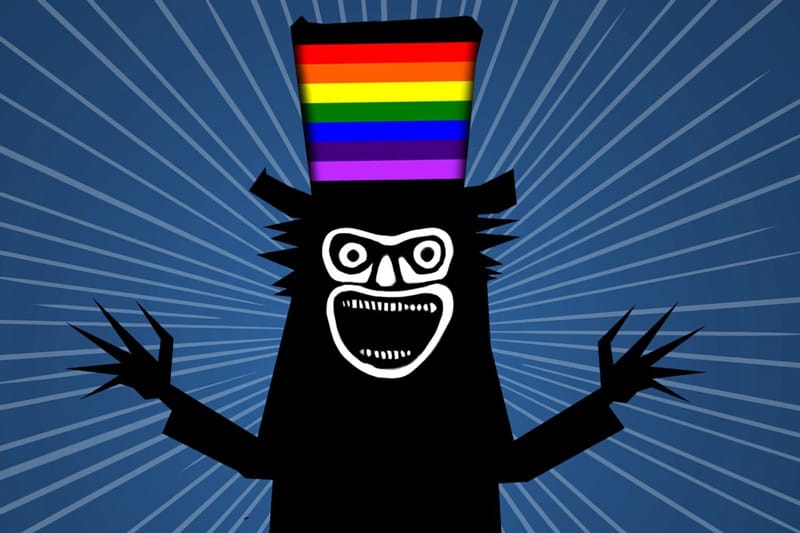 Just in time for country-wide LGBTQ Pride celebrations, one of the most unexpected fictional characters in recent pop-culture has gone gay all of a sudden.  The titular character of the 2014 Australian psychological horror movie was first born out of director Jennifer Kent’s short film The Monster.  Mister Babadook, as he’s properly known, is a tall pale-faced humanoid sporting a top hat and long pointy fingers.  In the film, we’re given glimpses of the gothic monster from a little boy’s pop-up book, from which we’re told the Babadook torments its victims upon learning of its existence.

Continuing to deny the existence of the Babdook only makes it harder to stop its stalking.  So, it’s with surreal, ironic fate that this essentially closeted creature, dressed in basic black, has emerged fast and fabulous into gay culture.

Despite overt references to LGBTQ culture in the movie, the character has been embraced, albeit often tongue-in-cheek, as a queer symbol since late 2016.

According to most reports, Mister Babadook’s feature film was categorized into the LGBT section of Netflix by mistake, prompting social media to both point out the error or embrace it. 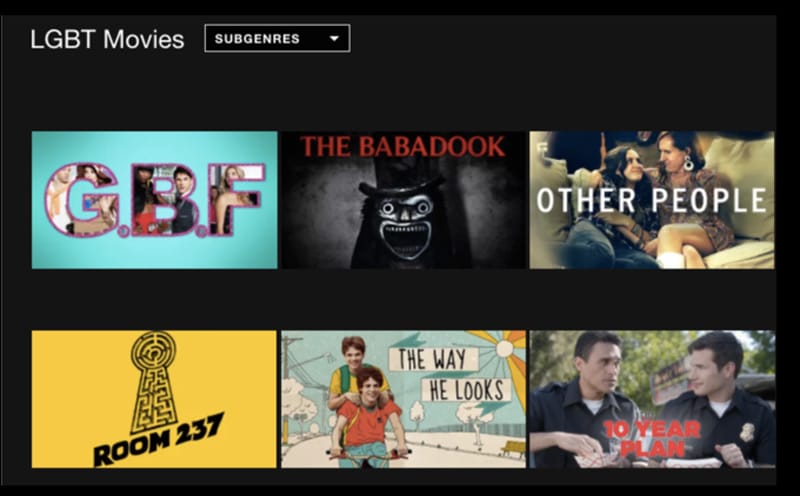 Director Jennifer Kent has yet to comment on the recent resurgence of popularity for her film, but it’s likely to be positive considering the layers of subtext hidden in the horror fest.  Additionally, the post release cult status of The Babadook has vindicated the slow burn of its success.  Upon release in Australia, it went on to gross $7 million following its critical acclaim at Sundance.

Like any number of crypto-creatures á la CreepyPasta, gay Babadook was born out of countless memes, comments, and posts online, often in the form of animated GIFs doctored from the film directly.  For example, Tumblr user Ianstagram posted this commentary in October of 2016, writing “Whenever someone says the Babadook isn’t openly gay it’s like ?? Did you even watch the movie??”  Over 91,000 likes and reblogs later, the complaint gave birth to a few other LGBTQ interpretations of the movie, which has also been referred to as “Babadiscourse.” 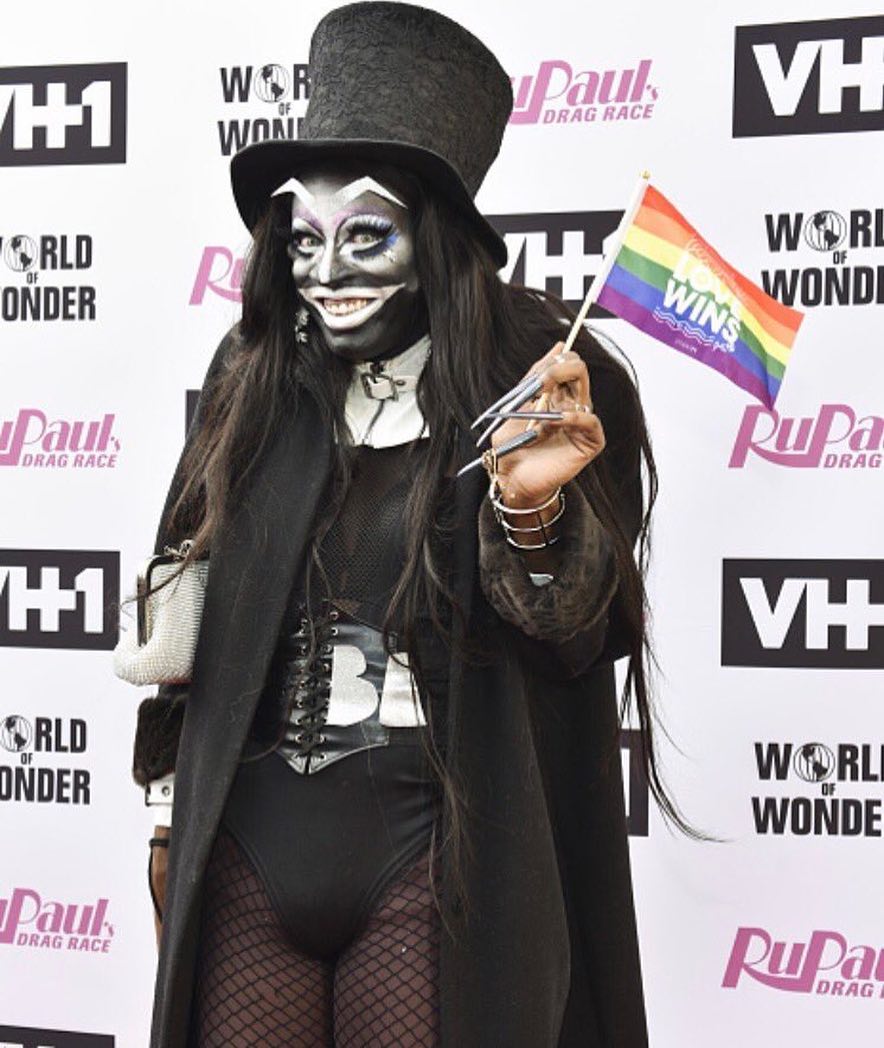 The meme took off on a massive level on Instagram with this post from @djmikeypop in which he imagines Drag Race host RuPaul praising Miss Babadook’s performance serving “killer babalewk.” “Condragulations my dear… your performance had us, well, babashook.” Babashook, itself, quickly entered the lexicon of LGBTQ pride, only to be taken to the next level – cosplay. 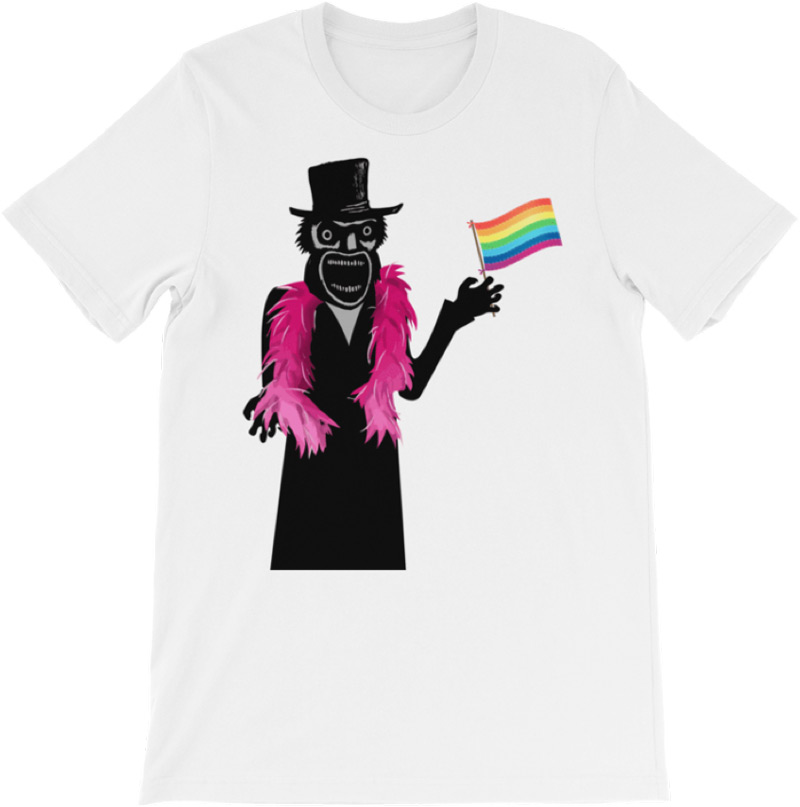 There have been, as recently as this past weekend, numerous sightings of Mister Babadook cosplay at Pride parades and rallies, it not at least signage and shirts.  A search on Etsy or Teespring brings a number of unofficially licenced Babadook paraphernalia, hiding in the vague shadows of parody copyright rules.  Popular LGBTQ appearel and home goods website Swish Embassy has even recently added the Babadook to their collection as “The Boadook.”

Online culture commentary blog Vox is quick to point out that the queer life of Mister Babadook might be just another thing passing through the fast-changing zeitgeist of internet humor.  Though “couched in absurdity” Vox writes, The Babadook’s queer legacy borrows on the desire to go with and improve upon the joke, the increasing earnestness around that joke, and the resulting amplification of the absurdity of a homosexual Babadook living a life of queer defiance by terrorizing a white, Australian family.

Last Friday, Netflix themselves took to their US Twitter account to embrace, yet not fess-up, to the odd categorization of the film.  Keeping with the spirit of the horror villain’s misappropriation and/or interpretation, they simply suggest to “be the Babadook you want to see in the world.”

Even Facebook has gotten in on the action, offering a user-created custom profile frame celebrating Pride with an image of a rainbow heart behind the Babadook itself. 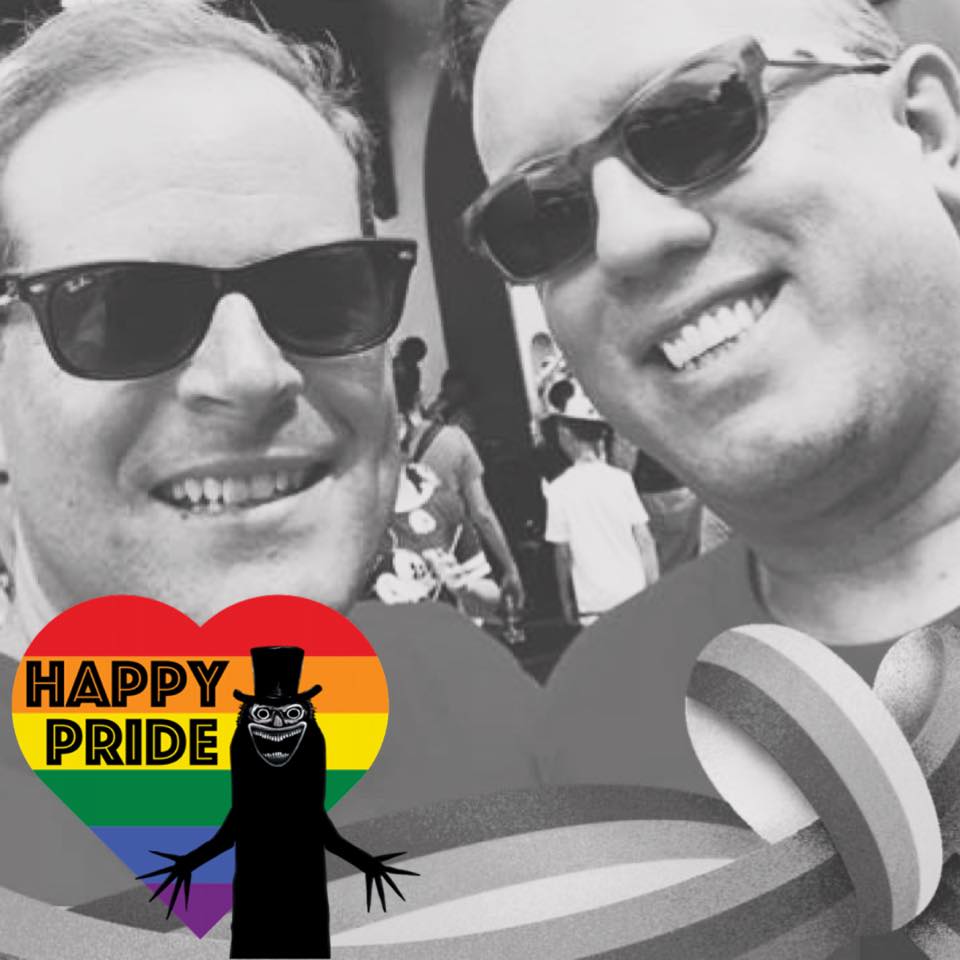 The author and spouse

Not since “a dingo ate my baby” has there been a more fantastic mutation of Australian cinema. Lucky for US distributor IFC Films, and its home video partner Shout! Factory, the relatively short, and arguably over-hyped, profitable initial run is being summoned from the basement.