These days, my pop culture life has been filled with wonder.

On the Friday opening night of Wonder Woman, you would have found me in the theater. My wife wore her Wonder Woman shirt, red with the yellow double-W across the chest.

The theater was packed, so we ended up in seats just a little too close to the screen. Close enough that we had to tilt our heads upward at Diana’s looming visage. But it worked out just fine, as this was a movie that deserved some awe.

And wonder we did at this very enjoyable film. 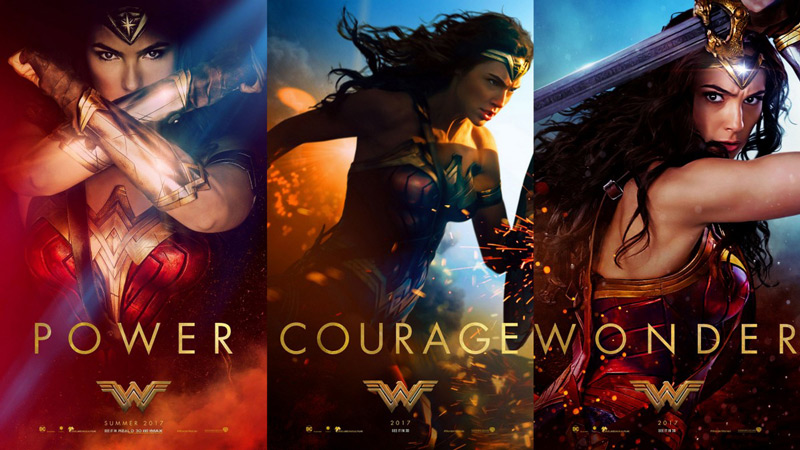 Themyscira itself was a wonder, creating something we haven’t seen before in these modern superhero films,a land of women training, running, sparring, smashing! Look, it was pretty badass, and it served as a preview of Wonder Woman’s fighting style while giving us a glimpse into Diana’s psychology. She fangirls over her fierce general aunt, Antiope, and the tales of the Amazons’ adventures in the outside world. 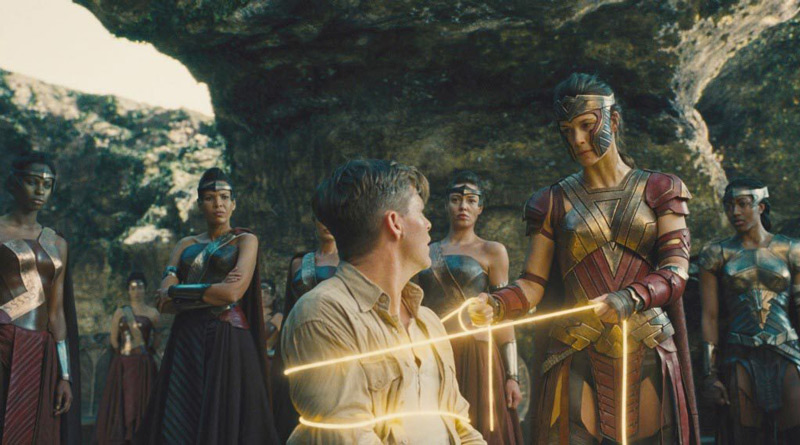 I didn’t need for them to dress one as a deer and the others chase her, truss her up and pretend-eat her like in William Moulton Marston and H.G. Peter’s original vision, but I wouldn’t have minded. 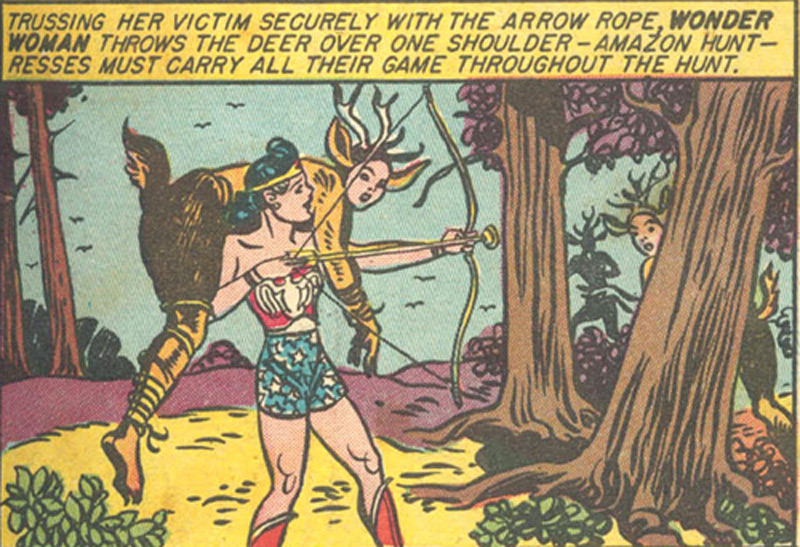 In the DC Comics films, we finally had some vibrant color – those white sands, the blue-gem ocean, the gold, bronze and browns of the Amazonian garb. How about that glowing grotto in which Diana finds Steve Trevor hanging out (heh)? Even in dreary London, full of that gun-metal blue-grey that denotes realism in conventional filmmaking, Etta Candy’s red curls were irrepressible. And that’s before we see that lasso of truth shining in neon yellow.

And while I am not much on slow motion, here it allowed for us to stare in wonder for some fan service done right. Wonder Woman’s run through the No Man’s Land served as the costume reveal and personal transformation that you expect in a superhero origin movie. But it was so much more than that, this time. 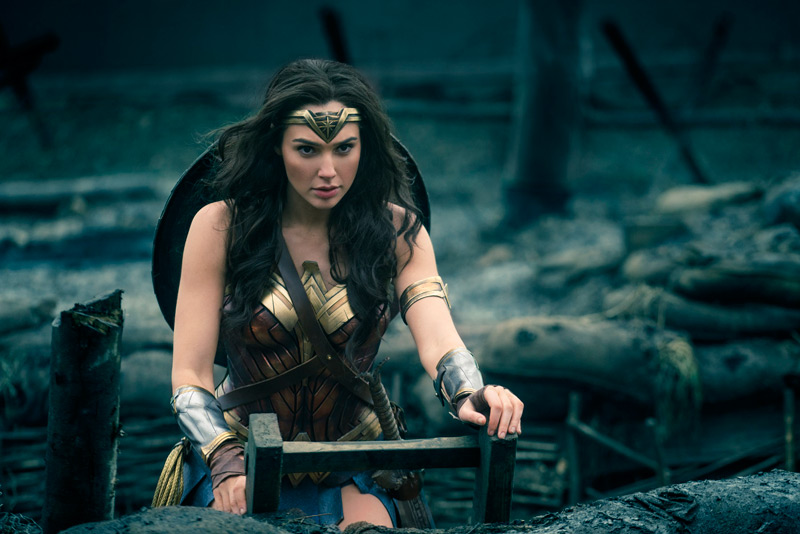 Surely, comic book fans love the reveal, of seeing their fantasy made flesh on the big screen. But Wonder Woman carried a special burden and pride. This is a world in which we haven’t had a female superhero headline a film since 1984’s Supergirl. Yet we’ve had nine Batman movies, seven Supermans, six Spider-Mans, three Thors, Blades and Wolverines, while the chief superpowered woman stood on the sideline with bupkis.

So when it was time for Wonder Woman to emerge, Patty Jenkins fought to keep in the No Man’s Land scene and give Diana all the glory. In that moment we saw Diana truly transform into Wonder Woman as a peacekeeper drawing the Germans’ fire, as the sparks fly off her bracelets, as she withstands the hail of gunfire on her shield, the soldiers firing in fury and terror. The slow motion also pays off as Diana goes on the offense, showing off Diana’s physical strength with each blow. 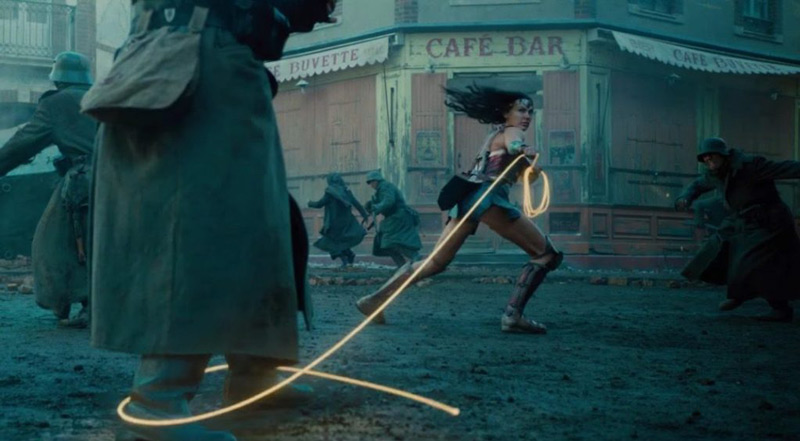 This wasn’t sexy waif-fu. It was something else, watching a female hero act through a camera without the male gaze.

The film’s final battle between Wonder Woman and Ares is its weakest part. Even so, we see Diana undergo one more transformation, as she accepts her godhood to defeat the god of war. With Steve dead, Diana’s love invites grief and rage. But by not giving in to the rage, Wonder Woman absorbs Ares’ hate-filled god lightning and redirects it back upon himself.

Wonder Woman’s greatest power is love. Her pursuit of justice is through love. This is key to the character, and they got it. 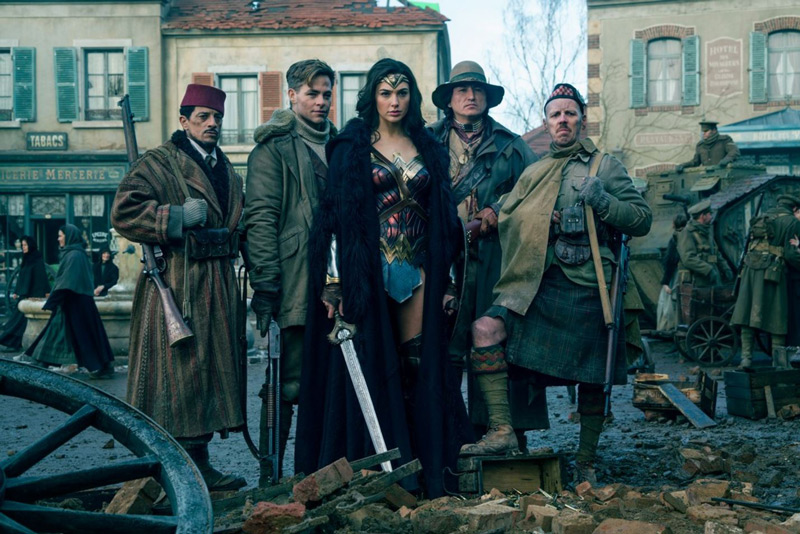 I looked over at my wife at the end of the film, and she was in tears.

Change the players, change the game.

Sometimes, watching diverse people change that game leaves tears in your eyes. Other times, it leaves them vibrating in your skull with wonder.

Such was I when the first trailer dropped for Black Panther.

It wasn’t enough to see Andy Serkis and Martin Freeman in the same scene – Gollum and Bilbo Baggins sitting across from each other.

As the Marvel Studios title card appeared, we got the drums and chirps of Run The Jewels’ “Legend Has It.”

From there, the thing just takes off. We hear discussions of hunters and conquerors. Of Wakanda as the true City of Gold, looking akin to Nova Prime and Asgard, but on planet-freaking-Earth. In central Africa. All the colors, all the intricate designs, all the nods to art across sub-Saharan Africa.

Here I am watching a Marvel superhero movie, and other than Serkis and Freeman at the start, there’s not another white soul on screen in this trailer. There’s Danai Gurira, absent Michonne’s dreadlocks, looking fierce and slinging a spear. There’s Lupita Nyong’o as Nakia, looking fine as all get-out.

There’s Michael B. Jordan in Eric Killmonger’s horned mask, Forrest Whitaker as Zuri in a face full of tribal paint, Angela Bassett as Queen Ramonda with white hair done up in locks as well, Letitia Wright as Shuri with vibranium gauntlet weapons.

And then Chadwick Boseman as King T’Challa, out here with the power of the panther god, is flipping cars in South Korea. 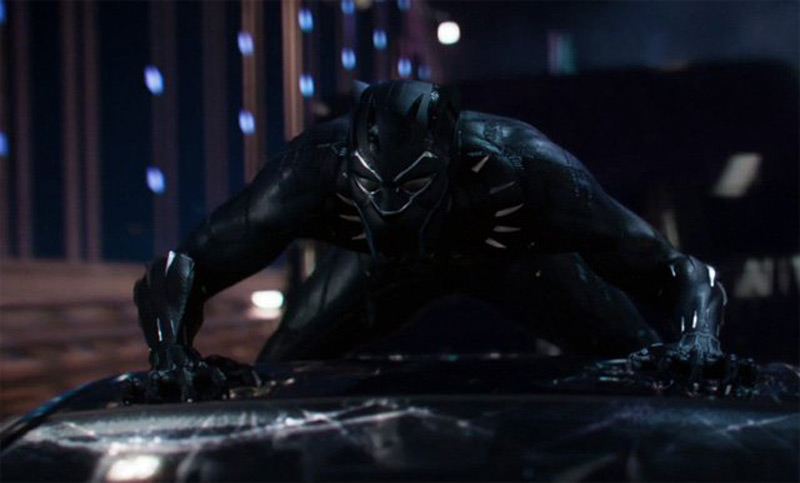 Black Twitter has been jumping in these digital streets since Black Panther was announced, and after seeing proof of the thing, someone out there may be building a time machine to get to the future and see this thing now. It’s no accident that the movie is being released during Black History Month next year. This film may be poised to enter black history as its own event.

If you see folks in the theaters on February 16, 2018, dressed like the king of Zamunda, you’ll know why.

Step into the spotlight, for real.