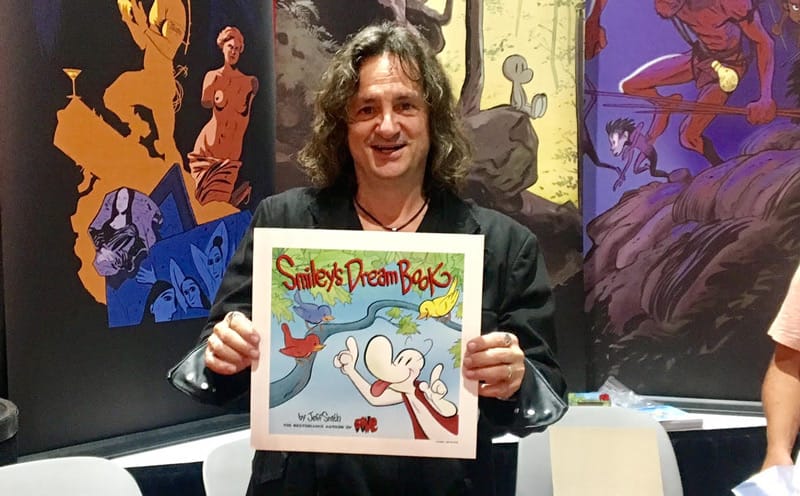 On Preview Night at 2017’s San Diego Comic Con International, Jeff Smith announced his plans to publish his debut picture book, SMILEY’S DREAM BOOK (ISBN: 978-0-545-67477-5) with Graphix, an imprint of Scholastic. David Saylor, Vice President, Creative Director of Trade Publishing, and Editorial Director of Graphix acquired the book with English language publication rights in the United States, Canada, and the Philippines. SMILEY’S DREAM BOOK will be the first of two picture books featuring Smiley Bone and the Bone cousins, and is slated to publish in Summer 2018.

Jeff Smith is the award-winning creator of the New York Times bestselling BONE series. This epic story about three Bone cousins lost in a valley filled with wonderful and terrifying creatures is loved by readers young and old, and was named by Time as one of the top ten graphic novels of all time. Today, there are millions of BONE books in print in the United States, and they have been translated into thirty languages worldwide. Smith started drawing stories about the BONE characters before the age of ten. In 1991, he launched the comic book BONE and began to create the serialized epic fantasy story that was eventually published in nine volumes. Smith was the subject of a documentary called The Cartoonist: Jeff Smith, BONE, and the Changing Face of Comics. Smith lives (and dreams) in Columbus, Ohio, with his wife, Vijaya Iyer. 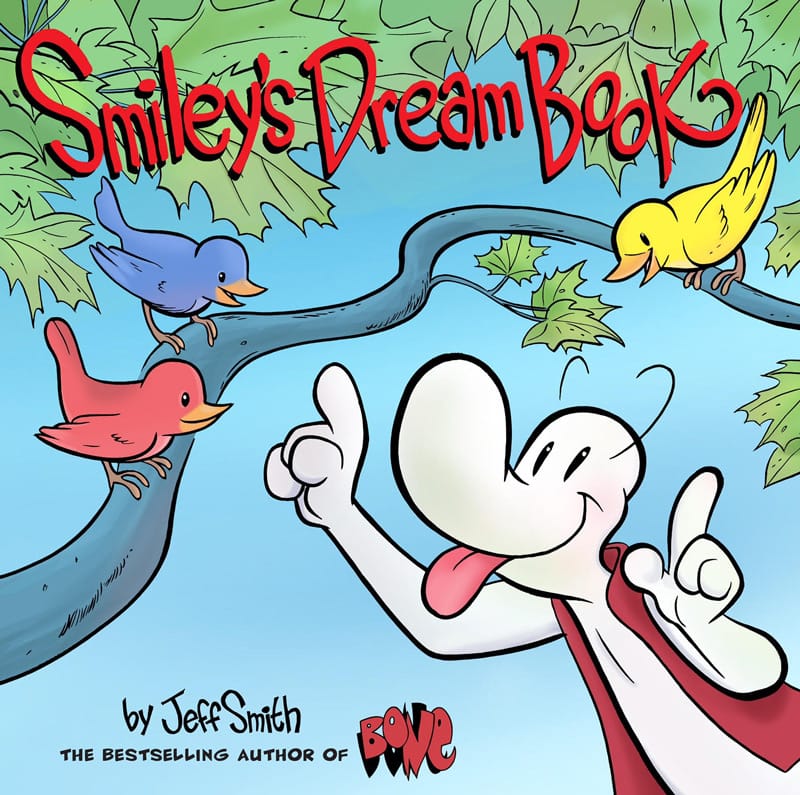