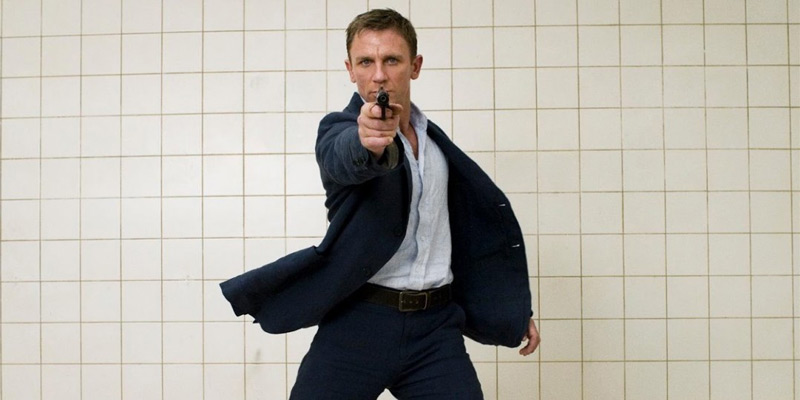 Months of speculation have finally been put to rest: Daniel Craig has publicly confirmed that he will indeed return to portray James Bond for his fifth 007 adventure. He says this will be his final turn as 007, but as the shrewd contractual politics of the Bonds of yesteryear prove, never say never. Bond 25 does not yet have a title, nor has a director been named, but the film already has a firm booking date to open in U.K. theaters November 8, 2019. The U.S. release will follow a few weeks later.

For fans of the grittier, earthier approach of Daniel Craig’s four movies, his return is terrific news. Not only has the Bond series reached new critical and commercial heights during his tenure, but the new movies have established a firm thematic continuity that the earlier Bond movies only flirted with. 2015’s Spectre concluded on a deliberately ambiguous note for the Bond series, and if Craig’s fifth movie is, in fact, his final tour of duty, so much the better if he is given an opportunity to go out with a bang. For those of us who recall pre-Spectre reports that Craig was already contractually obliged for Bond 25 even before Bond 24 was finished, the whole “Will he or won’t he return?” media circus appears to be a blatant publicity stunt, perhaps fuel for the fire of what is reportedly intense Hollywood studio bidding to secure the distribution rights for Bond 25 and beyond. And, also, to keep folks talking about James Bond during what will ultimately prove to be a tie for second-longest gap between 007 movies. 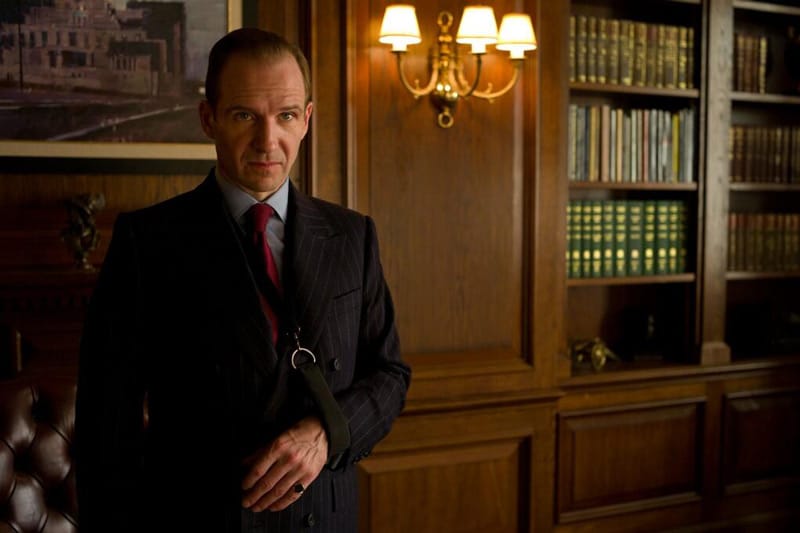 With Craig back in the tuxedo, the return of the Skyfall/Spectre MI6 team seems a certainty: Ralph Fiennes as “M;” Naomie Harris as Moneypenny; Ben Whishaw as “Q;” and Rory Kinnear as Tanner. As for following through on the open-ended finale of Spectre: it will be crucial for Léa Seydoux to reprise her role as lingering Bond Girl Madeline; something tells me we haven’t seen the last of Dave Bautista’s hulking henchman Hinx; and Christoph Waltz has already stated he’d return to play Ernst Stavro Blofeld again only if Craig likewise returns, which we now know to be a done deal—Waltz’ reprisal of the role will mark the first time in the storied history of the 007 series that Bond’s chief nemesis will have the same face as in the previous movie.

As for fans who disliked the Bond/Blofeld sibling rivalry backstory shenanigans in Spectre, returning screenwriters Neal Purvis and Robert Wade have an opportunity to make amends.

The biggest question mark now is who will direct Bond 25. Unless EON makes director Sam Mendes another ludicrously lucrative offer he cannot refuse, he’s out for good (and probably, by extension, so too is composer Thomas Newman). Director Christopher Nolan has long been rumored to be a frontrunner to take the reins of the Bond series, but he’s been appropriately cryptic when discussing his potential future involvement with the series.

Though Nolan sounds like he’s waiting in the wings for Bond 26 so he can soft-reboot the series and introduce a new actor as 007 in 2022, I wouldn’t necessarily rule Nolan out for Bond 25. If he’s on the case, and EON is keeping it under wraps, it’s very likely the leisurely timeline for Bond 25 is a byproduct of Bond producers EON waiting for Nolan to be fully available, much like they waited for Mendes to finish his stage productions before a return for Spectre—once the theatrical run of Dunkirk winds down and the Oscar season is in full swing, I suspect the momentum of Nolan and his film in the 2017 Academy Awards race will be the perfect boost to publicize the announcement of Nolan’s involvement in Bond 25. Another enticing prospect: if Nolan does get the gig, we can all look forward to hearing composer Hans Zimmer put his indelible spin on Monty Norman’s immortal “James Bond Theme.” Further, the return of Spectre cinematographer and Nolan collaborator Hoyte Van Hoytema would be most welcome.

Beyond Nolan, three other exciting directors have been named as contenders for Bond 25: Denis Villeneuve (Sicario, Arrival, Blade Runner 2049), Yann Demange (’71), and David Mackenzie (Hell or High Water). For what it’s worth, Bond directors have traditionally been English, or at the very least citizens of the United Kingdom, so that would seem to rule out French-Canadian Villeneuve and French-born Demange. That leaves Scottish-born filmmaker Mackenzie as the yet-unnamed heir apparent to take over the 007 director’s chair.

If a Bond 25 by David Mackenzie has even an inkling of the fever evident in merely the trailer for his film Hell or High Water, we’re in for a wild and dangerous ride.