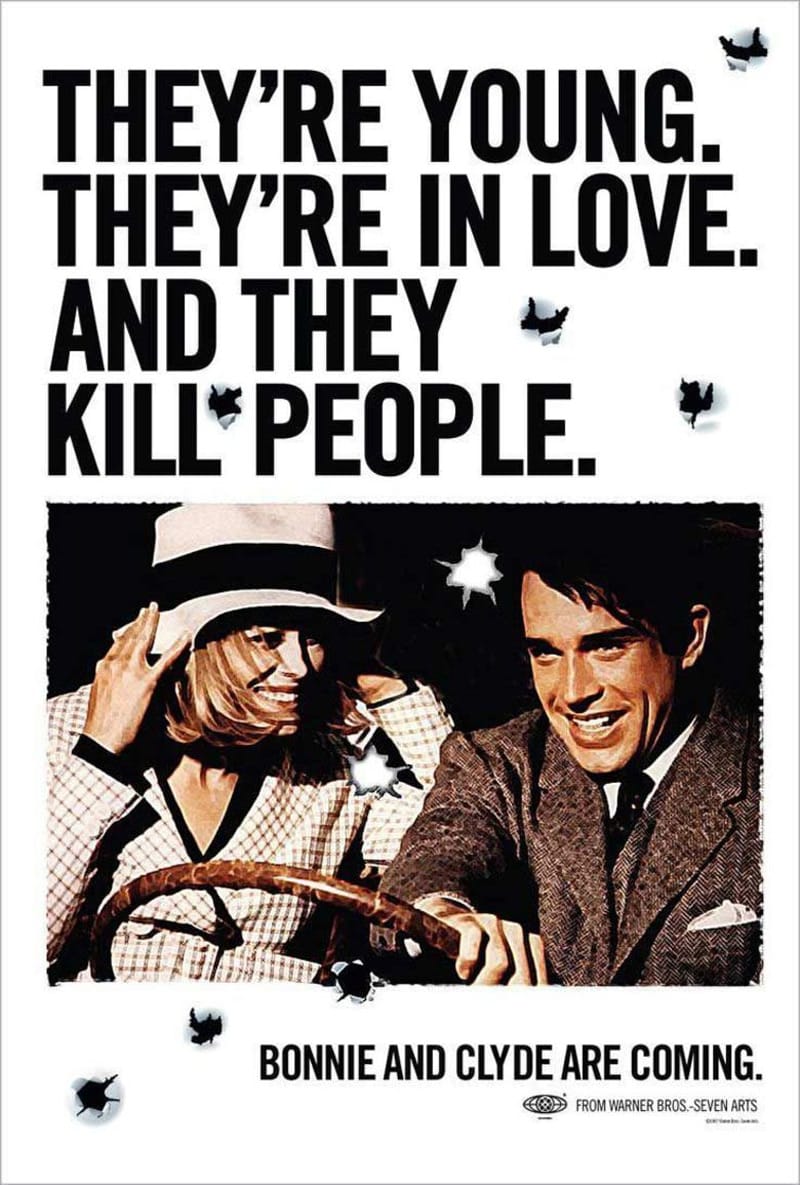 Fifty years ago, the most dangerous and famous couple in America wreaked havoc on the silver screen. Fueled by a violent crime spree through Depression-era Texas, the two bank robbers in love broke cinematic taboos with their open expressions of violence and sex, and Bonnie and Clyde became the blueprint for counter-culture filmmaking. Film lovers across the country will have the chance to rediscover director Arthur Penn’s crime-drama milestone as it returns to movie theaters for two days only on Sunday, August 13 and Wednesday, August 16.

Bonnie and Clyde will play in movie theaters exactly 50 years from its original release on August 13, 1967 as a part of the yearlong TCM Big Screen Classics series, accompanied by specially-produced commentary before and after the feature by TCM Primetime Host Ben Mankiewicz. The film features intense performances by Faye Dunaway and Warren Beatty, along with a dazzling supporting cast, including Michael J. Pollard, Gene Hackman, Gene Wilder and Estelle Parsons, who received the Best Supporting Actress Academy Award for her role as Clyde’s sister-in-law, Blanche.

Tickets for Bonnie and Clyde can be purchased online by visiting www.FathomEvents.com or at participating theater box offices. Fans throughout the U.S. will be able to enjoy the event in more than 700 select movie theaters through Fathom’s Digital Broadcast Network (DBN). For a complete list of theater locations visit the Fathom Events website (theaters and participants are subject to change).