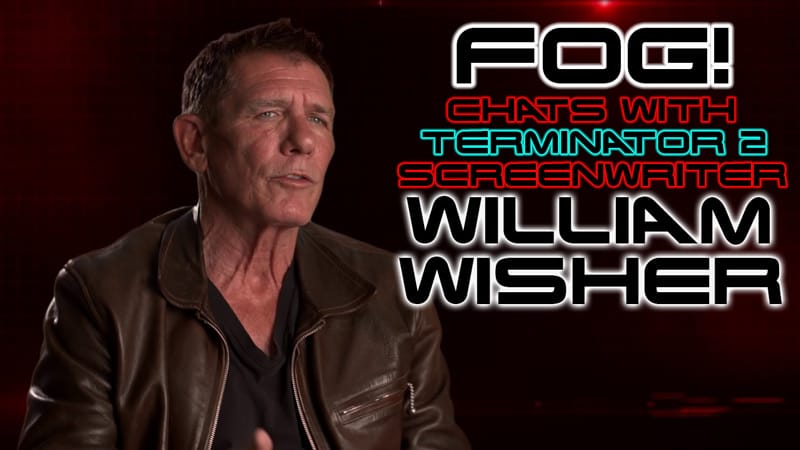 James Cameron’s iconic sci-fi classic, Terminator 2: Judgment Day, is returning to the big screen in 3D on August 25. Converted in immersive 3D by Cameron himself, the groundbreaking masterpiece will screen exclusively at AMC locations throughout the United States.

I had the opportunity to discuss the film and it’s legacy with William Wisher, who co-wrote the film with director James Cameron.

FOG!: You wrote additional dialogue for the film and the novelization for the first Terminator film. How did you meet James Cameron?

WILLIAM WISHER: Jim Cameron and I met during my senior year of high school, back in 1972. He’s about a year older than I am, so he graduated from high school in Canada, then his family moved to Brea California, where I was living at the time. I knew his girlfriend, Sharon Williams, and she said “You should meet my boyfriend, Jim. He’s into science fiction and films too.” So we met. And hit it off, and have been friends ever since.

How early were you involved with co-writing Judgment Day?

I was involved from day one. Jim called me and said that the rights to make a sequel had just been obtained by Mario Kassar and Andy Vajna (at Carolco). Jim said “The good news is that T2 has been greenlit. The bad news is we’re already behind schedule.” Meaning we were working backwards from a July 4, 1991 release date. 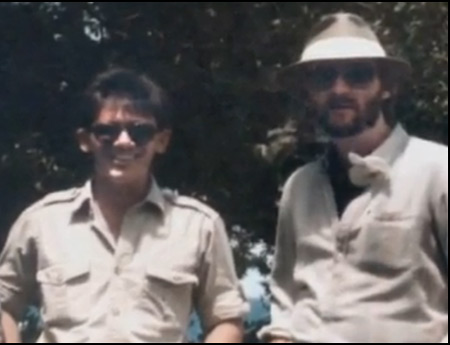 This was sometime in the spring of 1990. So I drove to his house and we got to work immediately.

We spent a couple of days kicking around ideas. We landed on the central plot and character points very quickly; that Sarah would be in a mental institution, that her son John would be in foster care and somewhat estranged from her, and that the Terminator would be reprogramed in the future by adult John Connor and sent back to protect his younger self.

We landed on the concept of the T-1000 being a liquid metal creature rather quickly as well. And that came out of looking for a villain that wasn’t either another “Arnold,” or a “bigger Arnold.” We felt that would be boring.

So we looked in another direction. We loved the idea of the T-1000 being “soft” shape shifting technology as compared to the T-800’s “hard” technology. It just all came together rather quickly. We spent a couple of weeks writing the treatment, side be side, taking turns at the keyboard and talking the movie through. Then we cut the treatment in half, he took one half, I took the other, and fleshed out the scenes, put it back together and went over it one last time. The entire writing process took about six and a half weeks. Lightning fast.

I remember hearing about a potential plot for T2 that involved an adult John Connor (also to be played by Michael Biehn) traveling through time to protect his younger self from another T-800. Was that ever one of the proposed directions? Were there any mandates from the studio as to the direction of the sequel?

I don’t recall that potential plot ever being discussed. Unless I have forgotten. But if that was ever part of the mix, it went away very quickly.

As far as studio mandates, I recall none. Bear in mind all this took place 27 years ago and we weren’t documenting the process for posterity; we were making a film under a hard deadline, but I don’t recall any interference. Jim and I worked out the story we wanted to write, pitched it to Mario and Andy and got the go ahead. They trusted us and were very supportive. It’s one of the few films I’ve ever worked on that had such little studio interference. But when you work with Jim Cameron, they tend not to bother you much. 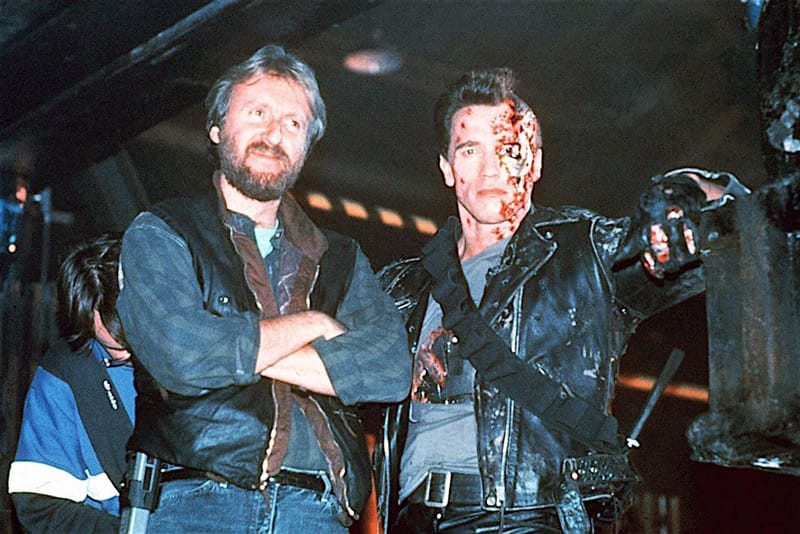 When the first Terminator film came out, it was fairly low budget; Arnold was a bodybuilder with a funny name, effects were practical and it really found it’s audience as a cult film. By the time Terminator 2 came out, Arnold was a superstar, Cameron was pushing the envelope with computer generated effects and in terms of it’s release, it was a huge summer tentpole. Did any of this change the writing process? Collaborating with Cameron, was his approach, “write anything and we’ll figure out how to do it later?” or did he approach the writing with specific ideas for effects sequences?

Hmmm? The fact that Arnold had become a star didn’t change our writing process. If anything, it meant that our box office already had a shot of adrenaline due to his stardom, so that was a good thing. Jim had previously done some groundbreaking work with CGI on The Abyss, and it was helpful that CGI had come into existence. And having a 100 million dollar budget gave us the option to do things that weren’t possible in the first film.

So did those factors change the writing process? Not really. Writing is writing. Storytelling is story telling. But CGI and money gave us options. We were given no mandates by Carolco other than “make a really good movie, please.” So we sat down on day one and said “what should this movie be?” And we invented what we invented. We always knew that at its center any Terminator film would be about human will triumphing over technology. “There is no fate but what you make.” If the first two Terminators have a moral theme, that is it. That’s the compass. We started with that.

In terms of what we wanted to do, we knew that the “water finger” CGI shots in The Abyss would lend themselves to the liquid metal shots for the T-1000. So that was good news. And I recall that a few times Jim or I would come up with an idea for a shot, and he’d pick up the phone and call ILM and say “We want to do “X” can you do that?” And they always said “no problem” (although I imagine we likely sent them into a scramble more than once trying to figure out how to do what we just asked them to do). 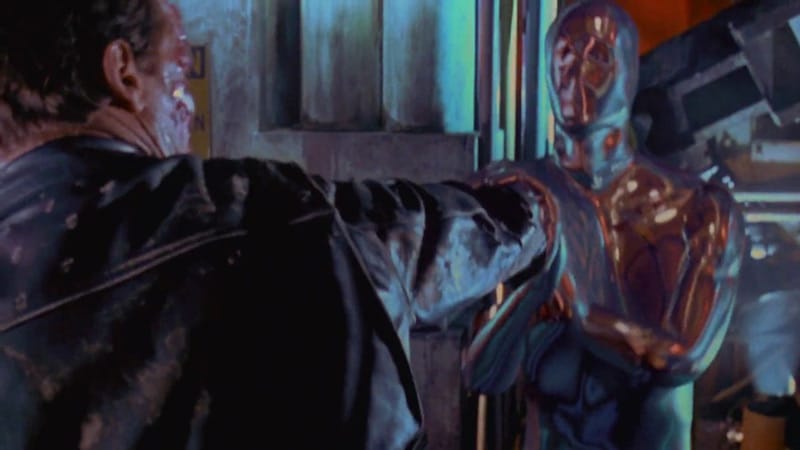 The thing is, a lot of the effects in T2 were practical. More than most people think. I believe there were less than 50 CGI shots in the entire film. Stan Winston came up with some puppet gags that we mixed with CGI for the T-1000, as well as Arnold’s make up effects. And we used twins twice in the film when the T-1000 was supposed to be mimicking some one in a single shot (Linda Hamilton has a twin sister Leslie, and Don Stanton, the guard in the psych ward, has a twin brother Dan). So we tried to be clever about mixing practical effects with the CGI stuff. 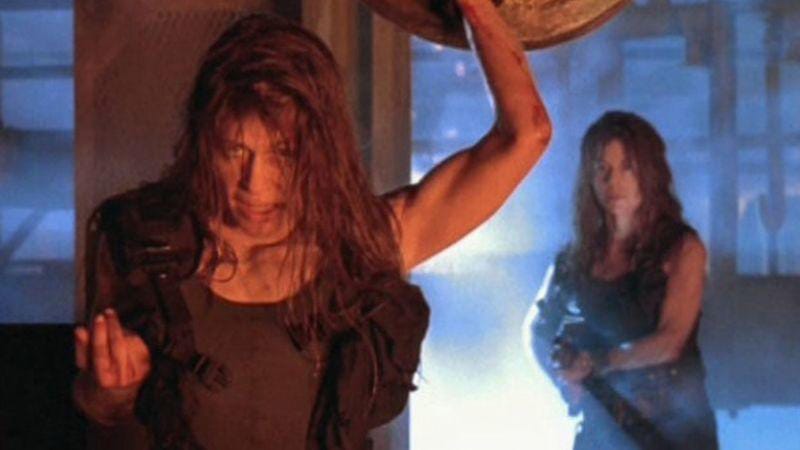 You left the franchise with Cameron following Terminator 2. You’ve since written the two Exorcist prequels, two Die Hard sequels, Stallone’s Judge Dredd and The 13th Warrior. So many of the characters you’ve written are cinematic icons. Is there a character (and not necessarily the entire screenplay) that you’ve liked more than the rest?

The two characters that I have been privileged to write, and whom I love the most, are Sarah Connor and John McClane from the Die Hard franchise. I didn’t invent John McClane, but I love him. And the way Bruce Willis plays him. I loved writing him. The wise cracking reluctant hero. I feel that is very iconically American.

And Sarah Connor will always hold a very special place in my heart. The waitress who thought her life had no meaning, who becomes the most important person in the world, who makes herself a fierce warrior out of necessity. With the weight of the mankind’s survival on her shoulders. Linda Hamilton portrayed her magnificently, both physically and emotionally. I adore her. Also she’s hot. Linda as Sarah in a tank top, ponytail, and sunglasses, cleaning a battle rifle. Swoon. 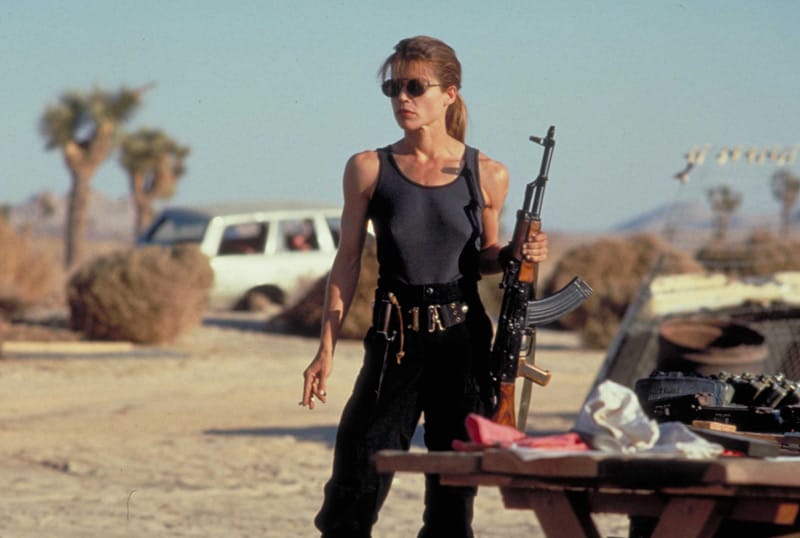 You wrote treatments for two Terminator sequels. Now, Cameron has regained the rights and plans to reboot the series. Have you discussed returning in some capacity?

I wrote those two treatments a few years back, when McG had finished Terminator 4 and was contracted to make 5 & 6. We were going to do them together. Then there was a lawsuit between the rights holders that just killed the whole thing. So that was that.

I believe Jim Cameron is due to get the rights back in a year or two. But he and I haven’t discussed what he might do with them, or whether I would be involved. Time will tell and it’s up to him.

Judgment Day is now returning to theaters in 3D. What are your thoughts on the legacy of the film?

Legacy? Well, to begin with it cemented Arnold Schwarzenegger and Linda Hamilton as iconic actors in their roles; the Terminator in black biker leathers with a sawed off shotgun riding a Harley, and Sarah Connor in a tank top, sunglasses, and a blonde pony tail with an M-16. Those images have become instantly recognizable around the globe. And will remain so. They are part of the cinema pantheon now.

It also ushered in the era of CGI technology in film. It wasn’t the first. But it put CGI on the map, I think. And those shots still hold up today. It’s amazing how good they still look. There’s nothing dated about it.

Now that it is going to be rereleased in 3D to a whole new generation of people who may never have seen it in a theater, we’ll see if T2 continues to influence films into the future. 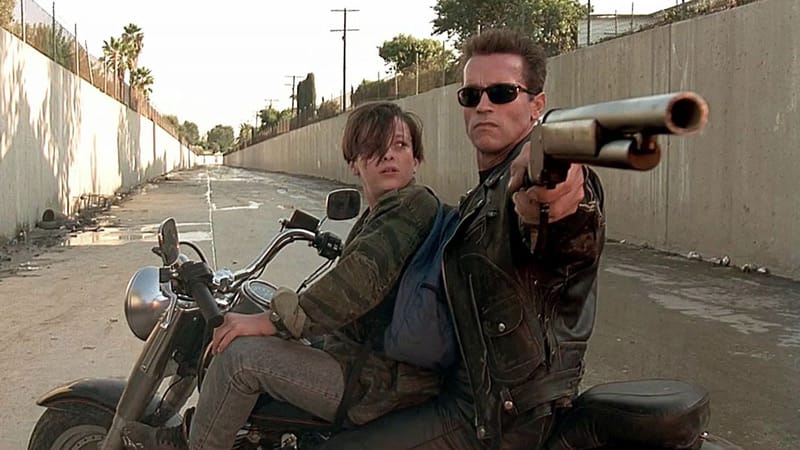 Right now, I’m geeking out over the things that are happening in television. It’s truly a golden time creatively. My personal interest is the complex world of international Intel Services and the quicksand of hacking, misinformation, and chaos that those forces unleash on each other. I’m working on a TV pilot about that right now. Speaking of which… I should probably get back to work!

It’s been a pleasure answering your questions. I hope you enjoy T2 3D! 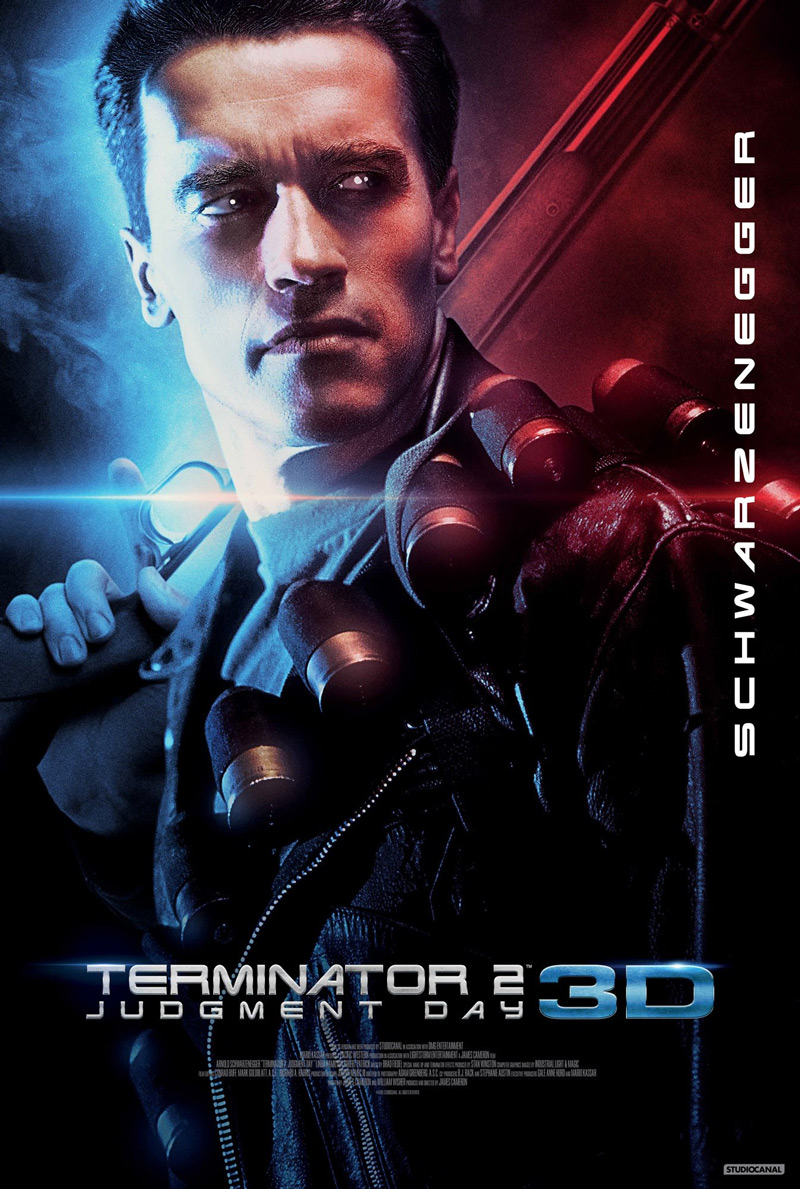