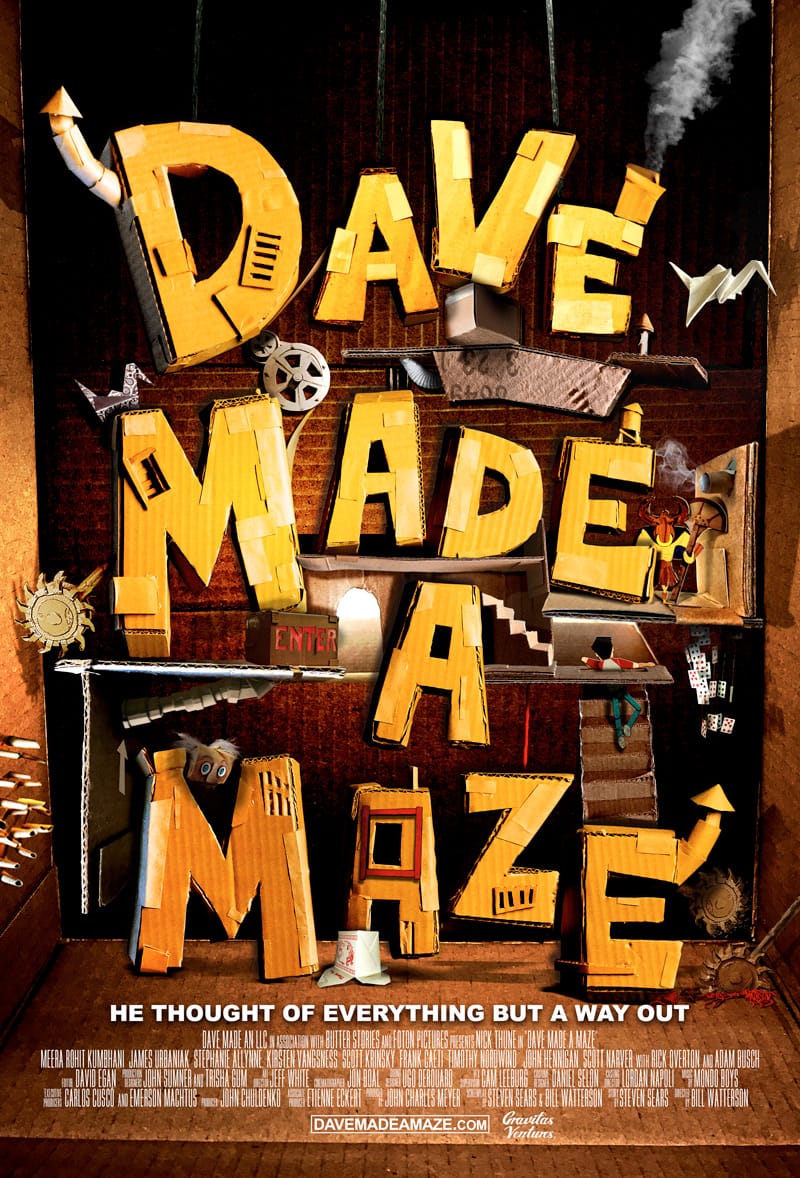 Dave Made a Maze is coming off its critical acclaim and an Audience Award win for “Best Narrative” at the Slamdance Film Festival. In the offbeat comedy, Dave (Nick Thune), an artist who has yet to complete anything significant in his career, builds a fort in his living room out of pure frustration (and cardboard, among other things), only to wind up trapped by the fantastical pitfalls, booby traps, and critters of his own creation. Ignoring his warnings, Dave’s girlfriend Annie (Meera Rohit Kumbhani) leads a band of oddball explorers on a rescue mission.  Once inside, they find themselves trapped in an ever-changing supernatural world, threatened by booby traps and pursued by a bloodthirsty Minotaur.

Below check out an exclusive clip featuring Nick’s friend Brynn (Stephanie Allynne) becoming overwhelmed by the power of the Maze.