I didn’t see Girls Trip until its second weekend in theaters. Yes, I have sinned, and I paid the penance –of kicking myself for not seeing this movie as soon as it hit a theater. 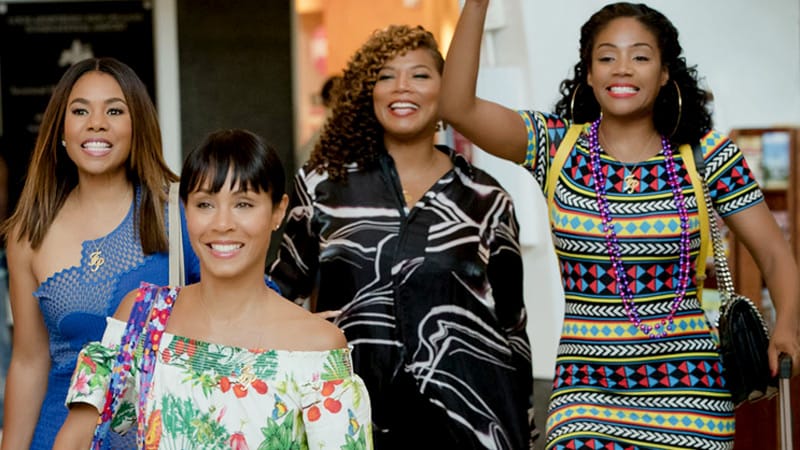 My wife and I missed out on Girls Trip’s opening weekend because every screening sold out before we looked for tickets.

(Yes, this current age of all reserved seats takes the pain out of waiting in lines, but increases the anxiety of an impromptu time at the movies. That’s how my mom and I saw True Lies back in 1994. Wow, that movie doesn’t age well, what with the gaslighting Jamie Lee Curtis for laughs and all, but I swear Tom Arnold was a perfect second banana.)

Check your ticket app now! Maybe there’s still a seat. Go see it. I enjoyed myself, and chances are, so will you.

I loved the overall for-us-by-us nature of the film, taking place at the Essence Festival, a mecca of black femininity! There’s an entire joke built around self-help expert Iyanla Vanzant! Sean “Puffy” Combs plays himself and puts his Ciroc vodka on the screen! We see concerts of Maxwell and Babyface! A main villain in the film is an Instagram ho, and a major joke revolves around a black-famous viral video involving creative use of a grapefruit! Like, they knewwww what they were doing. 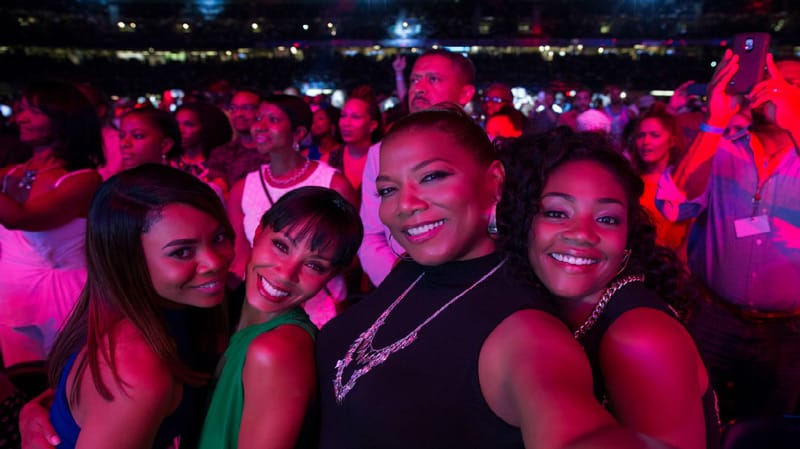 Watching Regina Hall, Jada Pinkett Smith, Queen Latifah and Tiffany Haddish tear up the screen made me furious with how generally underemployed they all are. If no one else was going to give these four black actresses a movie in which they got to be funny in the context of other black people, then leave it to director Malcolm D. Lee and producer Will Packer, both black, to do it. If the majority of the industry would not produce a script, leave it to Kenya Barris (black-ish) and Tracy Oliver (The Misadventures of Awkward Black Girl) to write it and keep it 100.

The movie flies when it focuses on those four women and their relationships to each other. And among the many things Girls Trip got me thinking about is black women and emotional labor.

What is emotional labor? It’s a process of managing feelings and expressions to fulfill the emotional requirements of a job, and how workers are expected to regulate their emotions during interactions with customers, co-workers and superiors. This process is particularly strong in service-based industries.

The concept of emotional labor has gained more traction in feminist discussions because service-based work is often gendered female, and so-called women’s jobs are paid less and held in lower regard. Emotional labor also has gained traction in discussions of sexism through personal relationships, in which patriarchy assumes that women must accommodate men’s attitudes and behaviors while women suppress their own feelings. To submit to their own oppression and abuse in a dialectic of inequitable power.

This concept comes through even harder for black women and women of color, for whom the “double whammy” of belonging to two less-powerful social classes simultaneously. 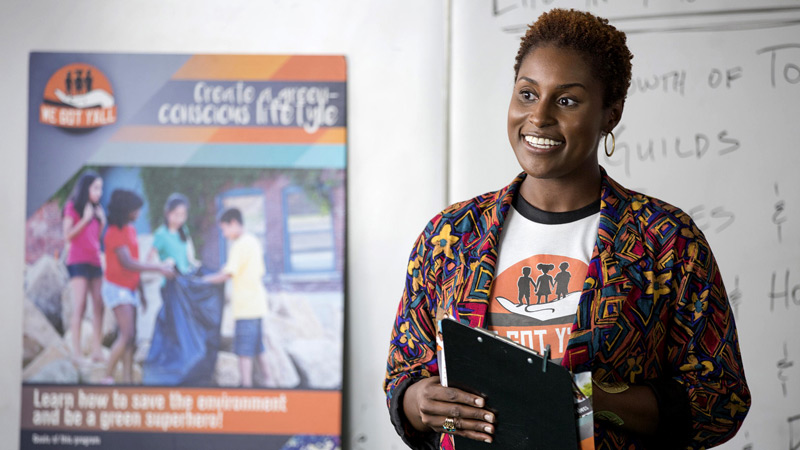 From Girls Trip to Issa Rae’s HBO comedy Insecure to TNT crime drama Claws, emotional labor through the life of a black female central character is a common thread throughout them all.

From a workforce perspective, several of these characters are in “feminized” work in which people are expected to manage others’ feelings and expressions. Insecure’s Issa works at a nonprofit afterschool program, Desna is a nail technician with her own salon on Claws, and Ryan is a self-help relationship expert in Girls Trip.

Issa spends most of Insecure’s first season swallowing her disaffection for her layabout boyfriend, Lawrence. He’s too busy sitting on the couch for two years, plotting his tech empire, while not accepting any other work to get him off that furniture. 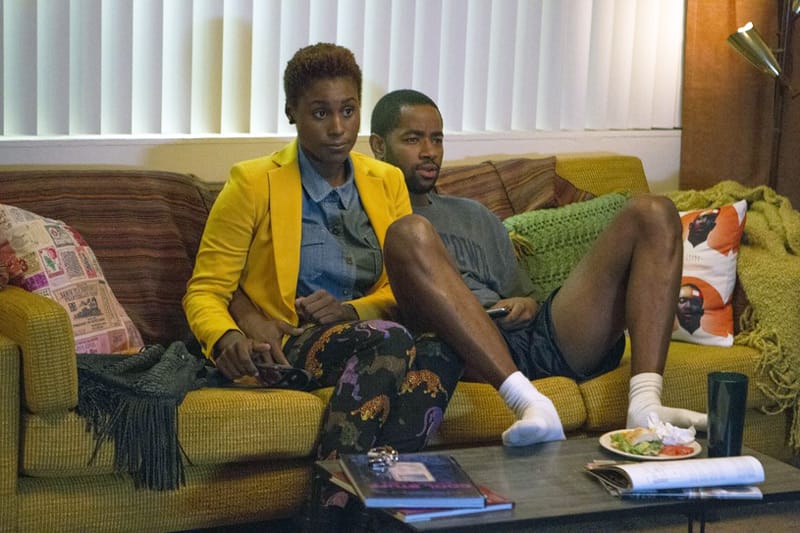 Issa wants to break up with Lawrence, but swallows her unhappiness to the point of sleeping with an old crush. Bad decision that it was, why wouldn’t Issa?

Such emotional labor creates a heavy load to bear, maybe too heavy. Given the stereotype of the strong black woman, she is expected to bear it. That myth is all emotional labor, isn’t it?

On Claws, Desna Simms spends much of the series beset on all sides while having to mama-bear her way through holding everything together. In the nail salon, she looks after Polly, a grifter fresh from prison; she drops everything when her BFF Jennifer is in trouble; she tries to help Virginia leave behind a life of selling her body and getting by on her looks; she gives a safe harbor to the enigmatic Quiet Ann (Judy Reyes – yes, Carla from Scrubs – in a revelatory role). 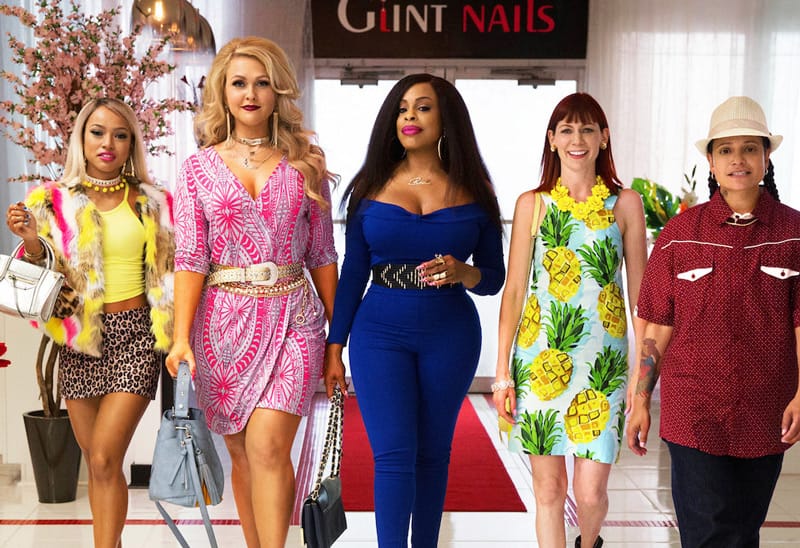 Desna’s gender and race figure into what pushes her over the edge in an attempted murder that sets the entire season’s plot in motion. Desperate for money to afford a better life for herself and her autistic brother, Desna agrees to launder money from Uncle Daddy’s drug dealing operation. She plans to buy a bigger, better nail salon in a moneyed part of Miami with said money, and live that American dream.

Desna is the black woman doing “the wash” for a bunch of white men – Uncle Daddy, Roller, and Dr. Ken. Uncle Daddy, the show’s ostensible villain, runs the Dixie Mafia. In one episode he has Desna organize a Gone with the Wind-themed party. And he even calls her “Miss Desna,” like she’s the maid or something. When Desna wants out of the money laundering and her fair share of the profit as promised, the white men in charge laugh her off. She has to manage her reactions and their feelings lest they kill her.

As each move Desna makes comes back to haunt her, and the trap tightens, the viewer is left wondering if Desna ever can get out. Whether Desna ever can win.

So maybe that’s part of what made this past week’s episode of Insecure, “Hella Open,” so refreshing, because at least one black woman on the show rejected performing emotional labor. Thank you, Tasha. 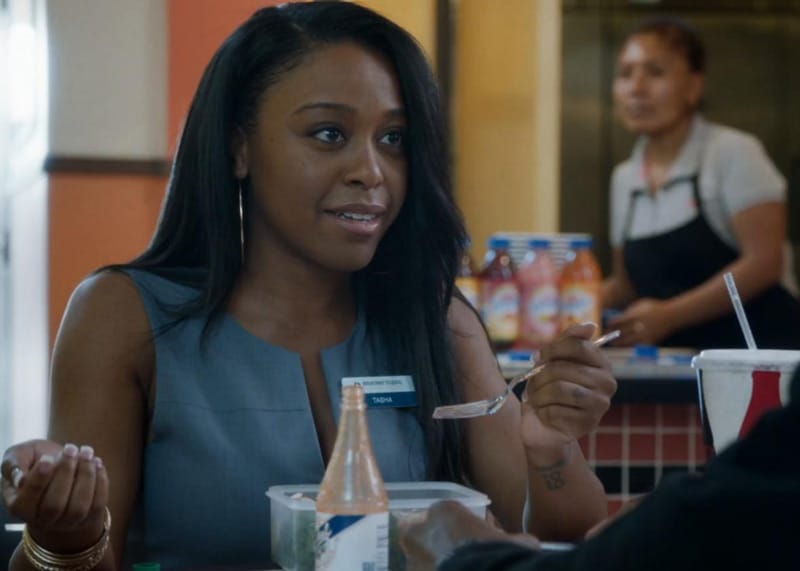 Since Insecure began and focused on the relationship of Issa and Lawrence, a lot of attention has been paid to audiences on Black Twitter using the show as some referendum on relationships and black love. Thus, we’ve gotten Team Issa and Team Lawrence. But while Team Issa is generally about supporting women’s wants and emotions in the face of their particular struggles, Team Lawrence has been a misogynoir-fueled hellscape of ashy fools!

When Issa cheated on Lawrence after he did what she wanted him to do by motivating himself into a job and getting his act together, and Lawrence rebounded his way to bank teller Tasha with the backshots heard ‘round the world, Team Lawrence rejoiced. As if they have Lawrence’s abs, intellect, or have their own Tasha – full of pillowy cleavage, long hair and slim-thick curves – that they “earned.”

Never mind that Lawrence was a feckless wonder who attended to none of Issa’s needs or wants, until it was too late, then wanted to act like he was the good guy.

All of this is so frustrating. I don’t think the show itself sets you up to root for either Issa or Lawrence. They both do some pretty trash stuff, because they’re people, and people do trash stuff. Even people you like!

Insecure is about how the simplest, smallest things get so muddled and complicated, which is a lived-in experience from Issa Rae, the self-proclaimed awkward black girl. 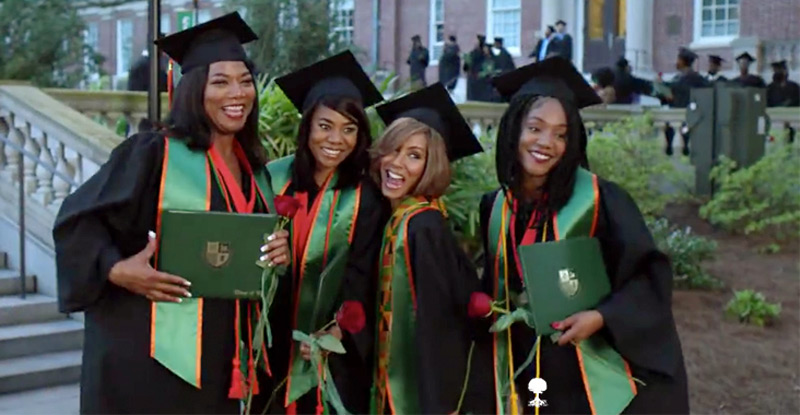 If anyone’s been straight-up on this show, it’s Tasha, and people acted like she’s an awful homewrecker, because they got swept up in what formula would tell you should happen. Tasha didn’t do anything except be a rebound that she didn’t even know she was. Tasha was always honest, even as Issa jealously chided Tasha for being basic on her Instagram, and Lawrence bristled at her presumably lower-class family. (A twerking flute player counts as low class, right?)

When Tasha tried to turn her relationship with Lawrence into something more than weekend sexing, Lawrence had sex with his ex. When he told her about it, Tasha didn’t fight, said they never established being exclusive, and gave him another shot. But when Lawrence ghosted on her family cookout after a few minutes (!) to attend a tech-biz party, Tasha told him off and bounced. Tasha gave Lawrence her real emotions, hiding nothing, and read him proper as “a fuck-nigga who thinks he’s a good dude.”

Emotional labor as a form of lying – by swallowing the true emotions – figures into Girls Trip as well. Ryan spends most of the movie caught between keeping her friendships alive with her Flossy Posse girlfriends, and fueling her self-help and relationship empire with her philandering husband, Stewart. 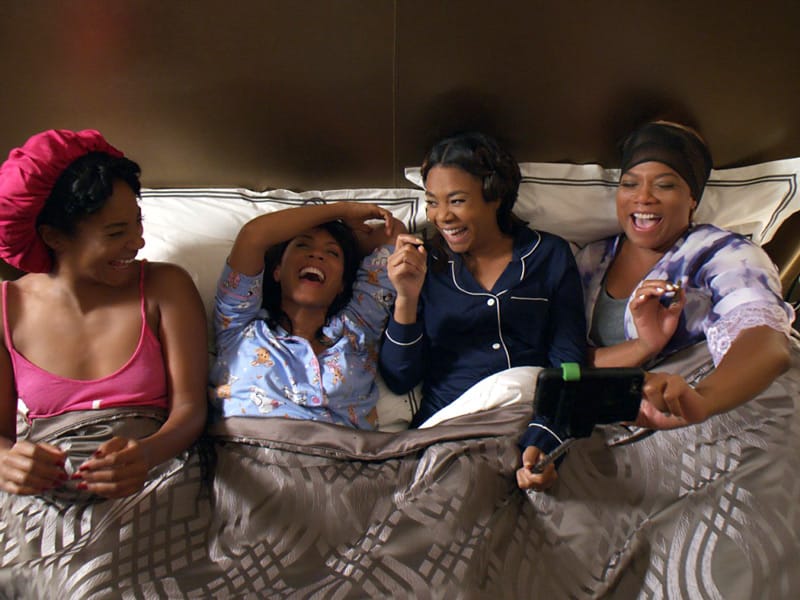 The Flossy Posse represents keeping it real – they’re the girlfriends down to clown since their college days at FAMU. And Stewart is part of a career in which she upholds the lie of “having it all.” Stewart cautions Ryan that, on the eve of closing a giant deal with a Walmart-style retailer, it only works if they remain together.

Notice that Ryan, in her business world, is a black woman caught between a black man (her husband), and two white women – her agent, and the CEO of the “family company” bidding eight figures. Ryan becomes a stand-in for how black women are expected to swallow their emotions amid the dynamics of racism and sexism. The movie even speaks, albeit very problematically, on femininity as expressed through pregnancy.

It all comes to a head at Ryan’s keynote speech, in which she begins by parroting the prepared denials of Stewart’s infidelity as written by her agent, whom we see mouthing the words as Ryan speaks. In an only-in-the-movies moment, the Flossy Posse burst into the auditorium and disrupt the entire speech, and Ryan then begins to speak from the heart about no longer swallowing pain.

Through sisterhood, Ryan throws off her own emotional labor and embraces realness. And unapologetically embracing that realness – from sexuality to dance battles to throwing punches and getting ripshit on absinthe – is what Girls Trip was all about.

I can’t wait for the sequel. But in the meantime, give these ladies a lot more work, OK?