It’s the end of August! Summer is winding down. Let’s talk Comics! 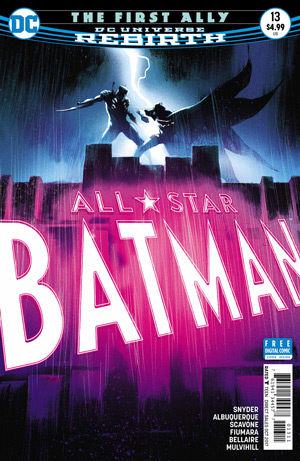 Well, here we go. The second to last issue of All Star Batman. It’s been a great run thus far and Snyder and Albuquerque are ending this series on a high note. I love this creative team very much. I love them so much that I read American Vampire straight through. They do some great work here as well.

This issue shows some of the demons Bruce faced in his past.

These events are weighing him down as he’s trying to prevent the Genesis Engine in being used for evil. He may be too late though. He also finds it may be at last time to throw down in an all out, knock down fight.

Snyder writes Batman like none other. He is sharp and smart in his interpretation each time. The dialogue is sharp and strong and he’s a master at this point. The art is masterful as well.

This is shaping up to be a great ending to a very good book. 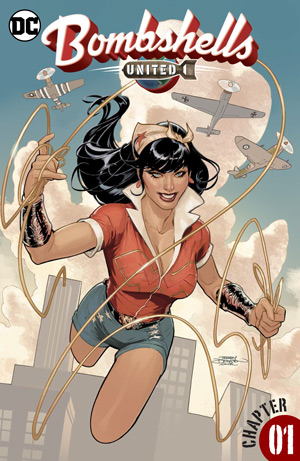 It’s the all Marguerite show here over at the Bombshells comic.

The last series ended on a high note and this one starts off the same way. This is such an interesting start and they really start off with a bang.

Bennett decides to start the tale in the year 1943.

Wonder Woman answers a call for help from two young girls. The girls tell Wonder Woman that their families have gone missing and are now in Internment camps. Wonder Woman has to team up with the Bombshells to get them back.

Bennett does an amazing job of making this storyline sing. The plot made me wince a little. Yet, she is not afraid to milk the concept for all it’s worth.

The art by Sauvage is great, too.

This is a nice restart to the book for sure. 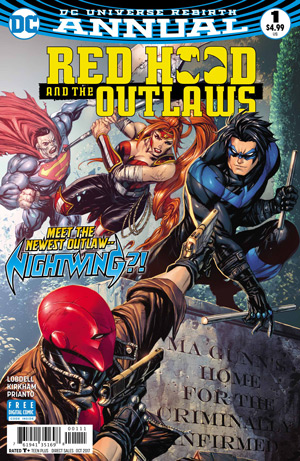 Lobdell has done such a great job writing this book.

Honestly, month to month this has been the most solid, consistent book in DC’s Rebirth line.

It’s fast paced and funny like very few books are. This is a nice Annual as well.

Nightwing stops by because Red Hood need his services.

One of those pesky circuses has come to Gotham City and with it, there is a bunch of new criminal activity. That’s no fun. Nightwing must lend a hand to put this activity to rest and make the big top a safe place.

The interplay between Nightwing and the Red Hood makes this book soar.

They dislike each other and it shows. The art by Kirkham is pretty decent as well. A good Annual for a solid book. 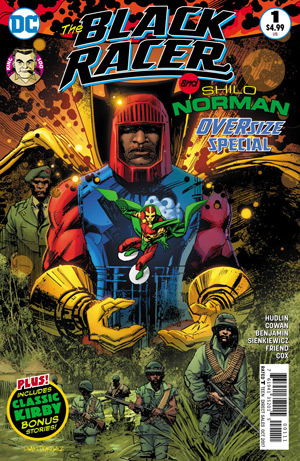 It’s always good to read a book by Hudlin. He’s a writer who crafts involving stories.

Here, he takes two characters that I didn’t think too highly of and makes them work. This is a solid book and I quite liked it.

Shilo Norman takes up the role of Mister Miracle! He follows the example of Scott Free and he tried to continually cheat death!

I loved this book!

The writing was fast and fun and the art was perfectly awesome. Cowan is a great, classic artist and he proves why yet again.

This is a really great and wild story that evokes Kirby while bringing us something new. 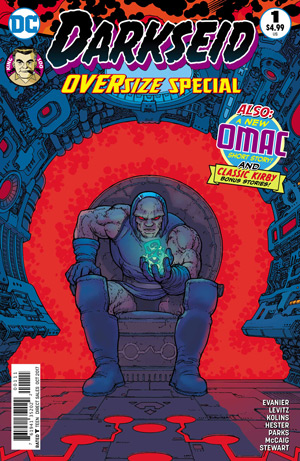 I’ll read anything with him in it. He’s one of the great comic book villains.

Evanier is a great classic comic book writer and this shows why he should be writing more comics.

There’s been an escape from Granny Goodness’ orphanage.

This makes Darkseid super angry. Darkseid then has to track down the escapees and capture them. Once he does it’s time for punishment…Darkseid style!

The story is a bunch of fun.

Evanier really handles Darkseid well. It moves at a brisk pace. The art works well with the story too.

I love these Kirby books.

We need more of them on the stands. Like now. 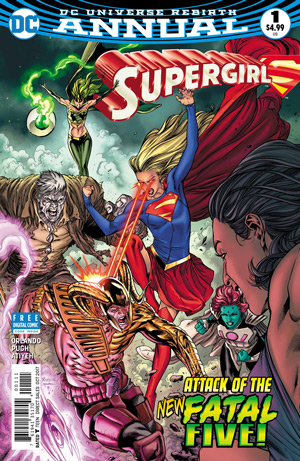 This is part two of the “Emerald Eradication” storyline. It’s pretty decent. Orlando is a strong writer and he writes a decent enough story here. It’s not going to change the world but it is entertaining enough.

Supergirl’s powers are out of control!

It’s fun to watch her try to keep it together. While this is going on, the Emerald Empress tries to get the upper hand on Supergirl.

It’s a good time watching this all happen!

The art by Pugh is good. I’m glad to see he’s getting work again in mainstream comics.

Pick this up if you’re a completist.

Its not groundbreaking again, but it doesn’t embarrass itself at all. 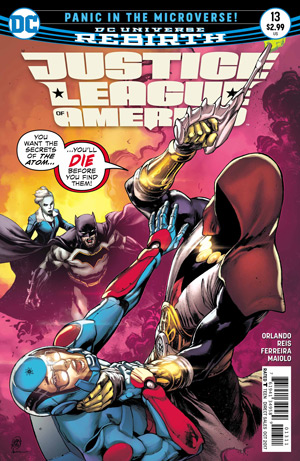 I haven’t been covering the Justice League of America lately, but I have been reading and enjoying the book.

Steve Orlando is a good writer and he entertains here very well. This latest storyline is quite groovy.

The Justice League takes a trip to the Microverse. They are hot on the trail of the missing Ray Palmer (the Atom).

Their ship crash lands. There is a mysterious being who claims to know the Atom.

All this leads to some crazy comics!

Orlando keeps things moving and keep things entertaining. I love his style. Speaking of style, Ivan Reis is awesome. I love his work on this title.

This is a good book overall. 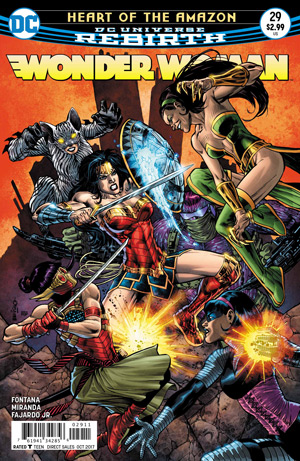 I’m not a huge fan of the current Wonder Woman creative team. I enjoyed Greg Rucka’s run a lot more. This just feels weak after that run and Jill Thompson’s amazing graphic novel. Here we go!

This is part four of the “Heart Of The Amazon” storyline. New writer Shea Fontana hasn’t found her ground on this book yet.

The story is interesting enough. Five bounty hunters are on her trail. A cabal wants her DNA and wants it now. Will they get it?

Hopefully this book picks up.