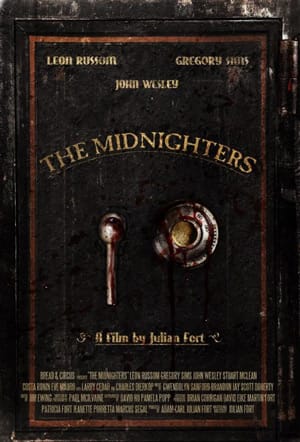 I am a big fan of the, “where do I know that guy from?” game. It’s always a good time when you are watching something and an actor creates such an itch at the back of your head you have to hit pause and spin up IMDB, just so you can get relief. Is there anything more satisfying than the relief you feel when you can say, “That’s where I know that guy from!”

The Midnighters is full of “that guys” and it makes it a lot of fun to watch. The plot is not a new one. Aged ex-con bank robber gets pulled into one last job by his estranged son. Unsurprisingly the son isn’t completely transparent and the plot goes sideways. It doesn’t matter that it’s a movie you’ve seen before. It has enough nuances and twists you can really enjoy it anyway.

There is also something special about “that guys” that have been stage actors for 100 years and been on 1 episode of a 100 shows or have been long time supporting characters on other shows. They are professionals from top to bottom. It’s a skill that only comes with years of clawing your way in the entertainment industry. You hit your mark, because if you don’t, that production company won’t cast you again. You deliver your lines, exactly as written, because if you don’t, that director won’t want to work with you again. You master your facial expressions, body language and other subtleties that get you cast in small speaking rolls for over 40 years. The star of this movie is Leon Russom and he defines, that guy. This movie is worth watching for him alone.

Julian Fort wrote and directed The Midnighters and as writing and directing debuts go, it was a pretty decent effort. The dialogue is human and natural. The conflicts, while not particularly original are believable. The movie isn’t particularly long and I think it could have been really interesting if he had fleshed out the script a little more. There were a couple of side plots that got glossed over. I don’t think he really spent enough time on the father/son relationship either. However, if you have 90 minutes to kill and you like heist movies, this won’t disappoint you. Leon Russom wouldn’t allow it. He’s too much of a pro.