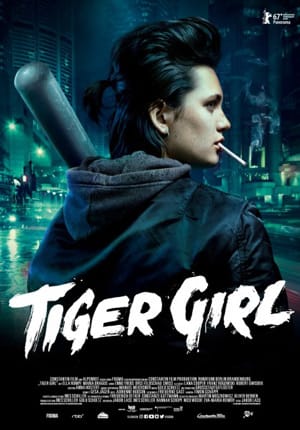 Tiger is a savvy street punk with a flair for violent exchanges against those she feels have earned some sort of karmic wrath while Vanilla is a security officer studying to be a cop whom everyone seems to walk all over.

When the two girls meet in a coincidental series of run ins they form a fast bond and Tiger begins joining Vanilla on her patrols which the pair turn into their own escalating crime spree as they harass and rob those who they feel somehow deserve such treatment.

Vanilla immediately lets this new found sense of power drive her and soon the duo are attempting larger crimes such as break ins and robbing businesses but once Vanilla starts letting her newfound confidence and power take over her life. Vanilla gets expelled from her police training and starts venting her rage toward people that Tiger feels do not deserve to be attacked. On top of that Vanilla has brought unwanted attention to the whereabouts of Tiger and her friends and a police officer is harassing them. Tiger realizes she has aided in creating a bit of a monster and something should be done about it…

Tiger Girl is an entertaining gritty crime film peppered with action and comedy. Both lead actresses are great in their roles with Maria-Victoria Dragus playing the vulnerable turned threatening Vanilla and Ella Rumpf (RAW) as the unpredictable Tiger. Director Jakob Lass has delivered a fun film with great characters and some stylish set pieces. Be sure to check out Tiger Girl and maybe we’ll get a sequel continuing the saga of Tiger and Vanilla.