I’m writing this wrapped in a dressing gown, surrounded by tissues with multiple cold and flu medications strewn around me. No, this isn’t a bizarre fetish I’m into, I’m just unwell. In this sickly composition, the only thing on my mind in-between the sporadic headaches is video games. Specifically, I’m wondering why the hell we don’t have amazing cure all elixirs or first aid sprays that can even take care of broken limbs. Instead, I’m destined to suffer through this illness. Where are you when I need you Dr. Mario? 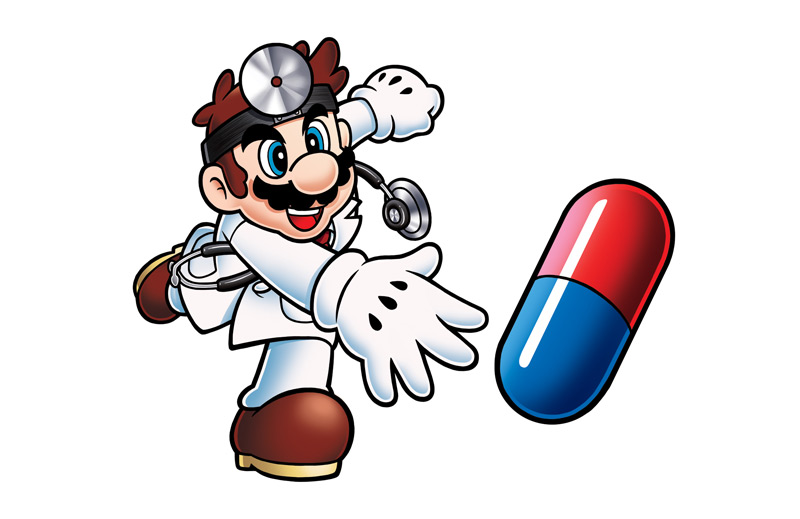 Because I’m feeling incredibly self-centered and sorry for myself right now, I’ve decided to write about video game ailments. I’m not talking about thumb related health problems or ‘The Claw’ or viruses of the malware kind, rather those sickly in-game infections, impairments and illnesses. Alliteration…or should that be Ill-lteration (please don’t judge my bad jokes, I’m highly medicated right now) aside, I’m traversing the sickly world of video games.

Viral outbreaks are perhaps the most common ailments in video games and include titles such as Bloodborne, The Last Of Us, Left 4 Dead and Day Z. Of course, these range from being virally contagious diseases that turn humanity into brain hungry zombies to altering your higher brain function but I’d be remiss if I didn’t first mention the T-Virus from the Resident Evil series so I’m starting with that. 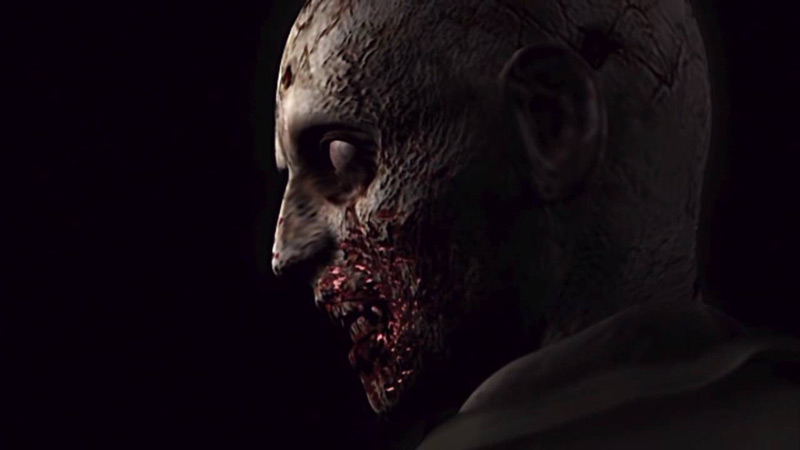 Developed as a nasty bioweapon by the morally corrupt and shady Umbrella Corporation, the T-Virus is a pathogen that has been released multiple times and was responsible for the fall and destruction of Raccoon City. It’s a highly contagious infection which was originally produced to genetically modify and weaponise any living organism. It’s probably one of the most well known contagions in video game history due to the infections devastating consequences. The virus is resistant to most antiviral practices so it possesses the ability to alter its hosts physical make up, turning them into blood hungry monsters that are extremely difficult to kill. 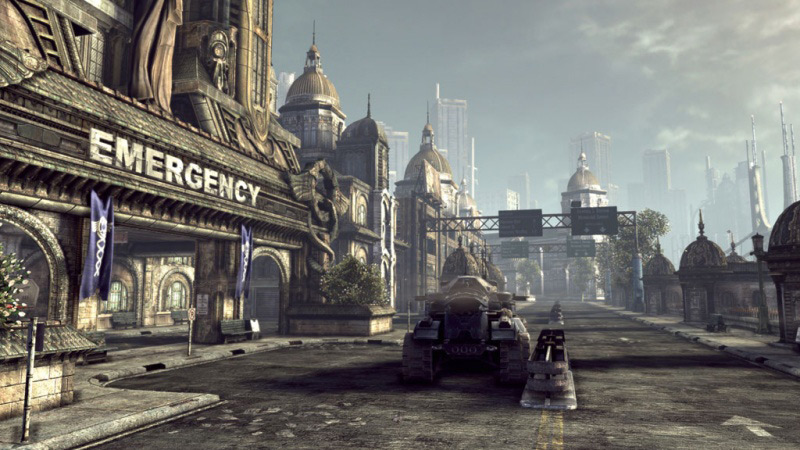 A parasitic infection caused by prolonged exposure to Imulsion, Rust Lung is common within the Gears of War series in those who are in the later stages of Lambency. The name comes from the brown or rust coloured mucus coughed up by the infected. It’s an infection that indiscriminately targets any organism, the parasites mutate within the host causing the infected to become more aggressive until they eventually alter completely into an unrecognisable, ravenous, rage-fuelled form. They spread their infection by exploding upon destruction, making them highly contagious and difficult hosts to engage. 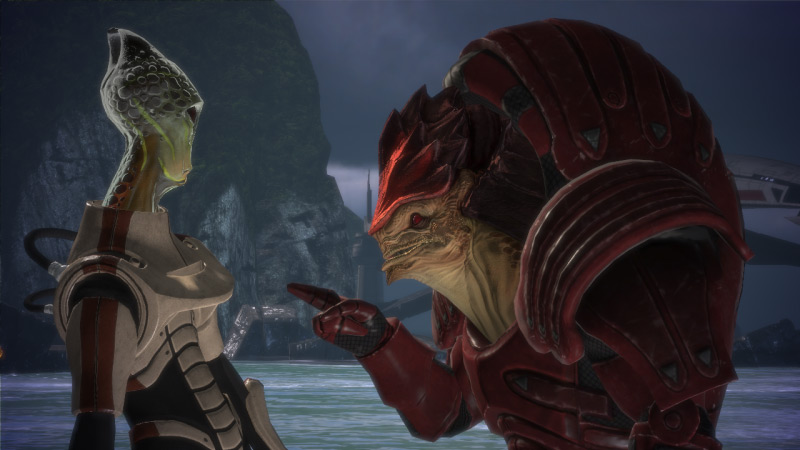 An appalling and harrowing infection due to the nature of its origin, the Genophage was deployed as a biological weapon by the turians on the krogan race in an attempt to curtail their aggression. It caused a species wide mutation in the krogans genes, leaving them infertile and thining out their numbers. In-game efforts to reverse the genophage or find a cure for it seem somewhat futile as many of those in the Mass Effect universe who wish to do so, have plans to control the krogans as an unstoppable army for their own nefarious means. 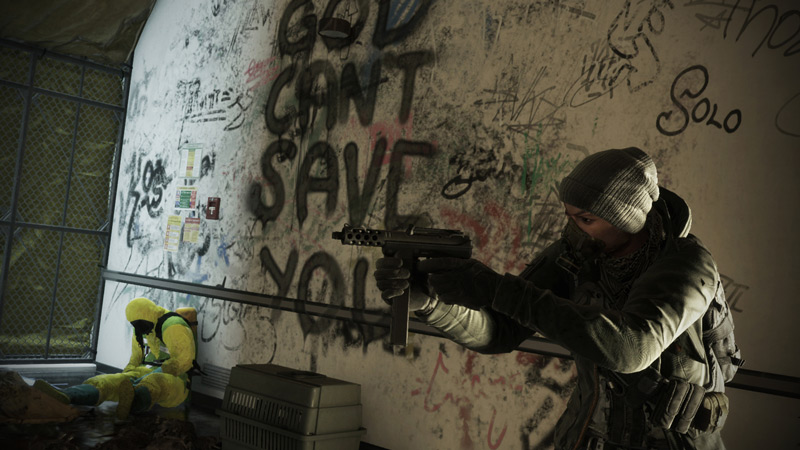 This infection doesn’t turn its host into a zombie or aggressive being, rather it simply destroys it. Unable to be defeated, the human race is at risk of being eradicated. It was initially spread through bank notes that were contaminated with Green Poison, a non-controllable viral version of smallpox. In the game, the whole of Midtown Manhattan is quarantined in order to keep the rest of the world safe. Left without help or governance, it’s unsurprising that various factions evolved to take control of the city. In Midtown, if you’re a civilian who hasn’t been infected by the virus, chances are you’ll soon be taken out by a Cleaner.

Cordyceps Brain Infection (The Last of Us) 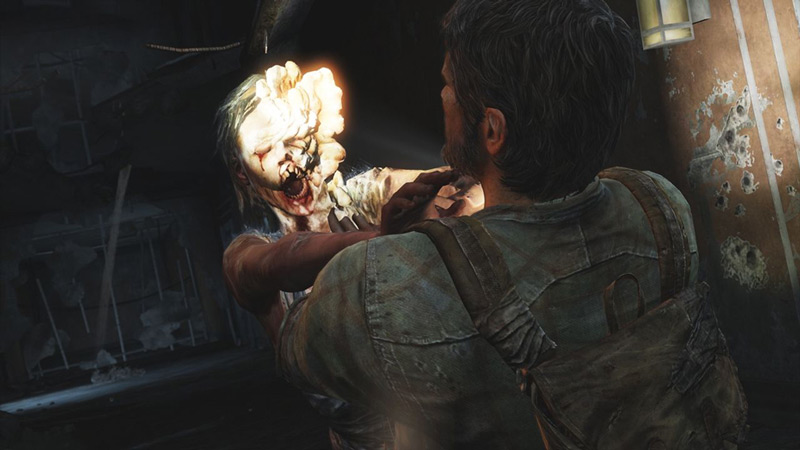 This grotesque fungal infection causes humans who have been infected to lose their higher brain functions. Eventually succumbing to the disease and losing their sight, these infected humans continually spread airborne spores, infecting everyone who comes into contact with them. Having lost rationality and control of their actions, the infected become aggressive and attack the non-infected. The scariest thing about this in-game disease is that Naughty Dog confirmed it’s actually based on a real-world parasite. Ophiocordyceps unilateralis is a fungal parasite that affects and controls ants whereas Cordyceps Brain Infection is the fictional mutation of this parasite that infects humans. 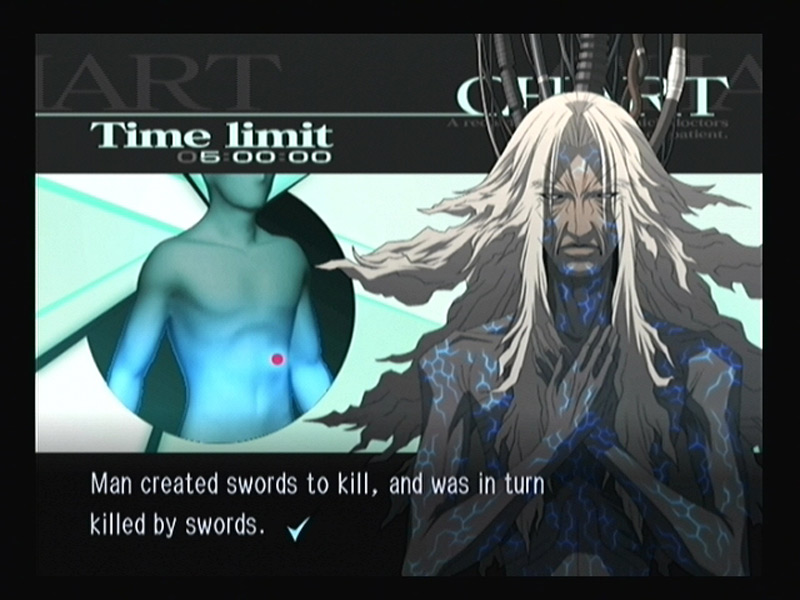 A medical terrorist cell calling themselves Delphi release this deadly toxin in order to wipe out humanity as they believe the human race should have ended centuries ago. GUILT stands for Gangliated Utrophin Immuno Latency Toxin and each strain of the toxin has a unique ability, for example Tetarti creates a poisonous gas within organs and Paraskevi, which moves directly to the heart where, if the player is unable to stop it will kill the patient instantly. So be sure to check your medical professional isn’t part of an underground terrorist conspiracy group before seeking their advice. 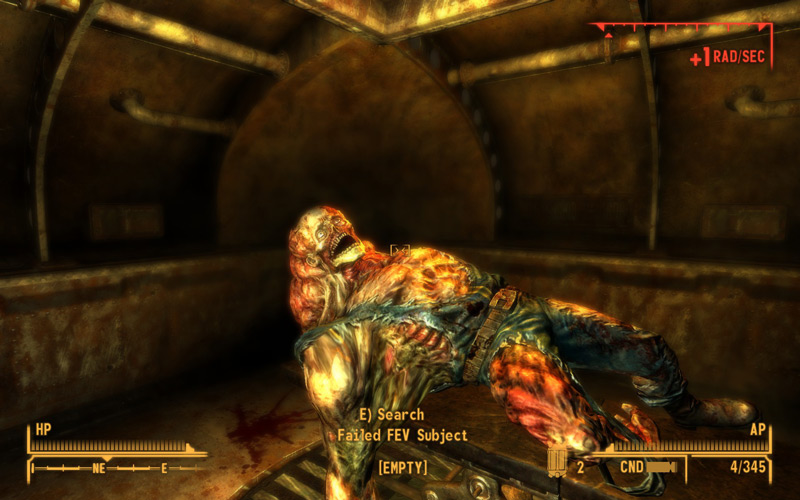 Super Mutants used to be regular human folk in the pre-Fallout world but they were subjected to the Forced Evolutionary Virus in an attempt by unscrupulous, underhanded groups to fast forward evolution and create a new, superior form of the human race. However their plans didn’t come to fruition in the way they might have liked as Super Mutants became violent, Hulk-like creatures dedicated to turning humanity into further mutants and wiping out any pesky humans who get in their way of doing so.

Infestation (The Binding Of Isaac) 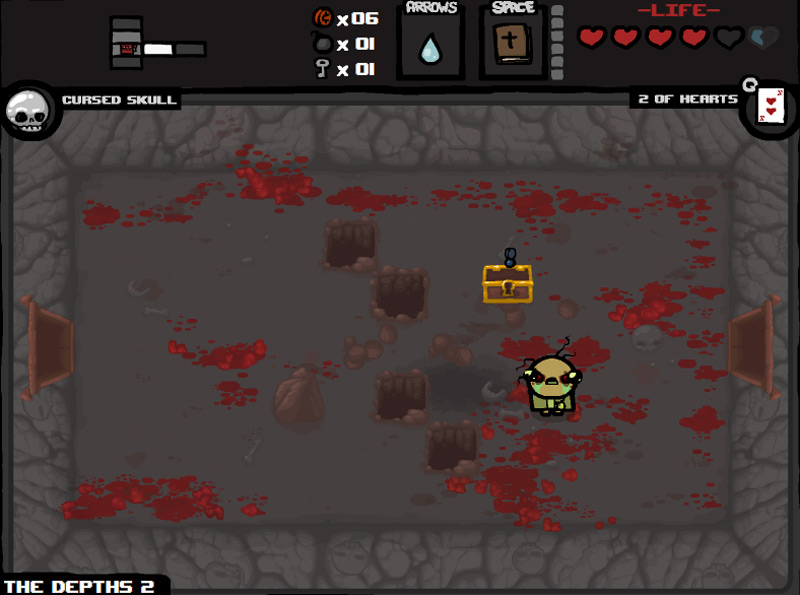 Probably the cutest looking parasite on this list, Infestation is one the macabre weapons available to Isaac and renders him infected with maggots that releases blue attack flies. Isaac can survive the basement of horrors with Infestation but if knowing that there is a maggot-like creature living inside him makes you feel somewhat queasy, you can always let the game’s permadeath take hold and start over. Sorry, Isaac. 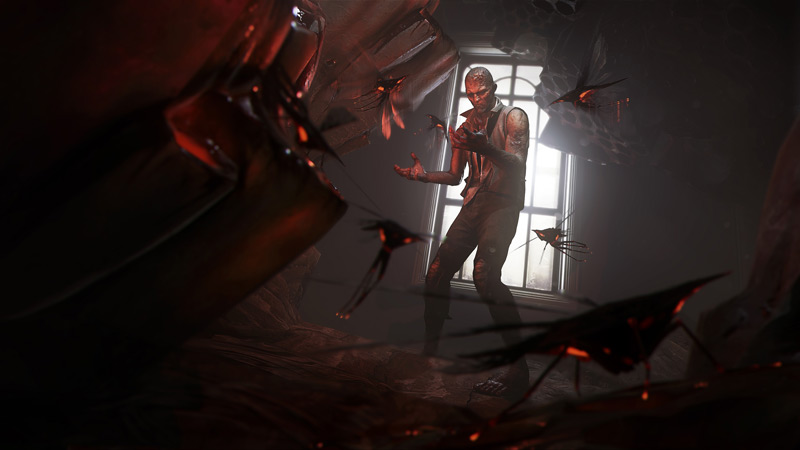 From infected plague ridden rats to flying parasitic insects, Dunwall and Karnaca do not make for great tourist destinations. The great rat plague of Dunwall was actually orchestrated by former Royal Spymaster Hiram Burrows as an attempt to wipe out the poor in order to benefit the elite. It caused the infected to bleed from their eyes earning them the unpleasant nickname of Weepers. Bloodflies on the other hand are found in Karnaca in Dishonored 2 and grow their nests in the corpses of their infected victims making them even more revolting. 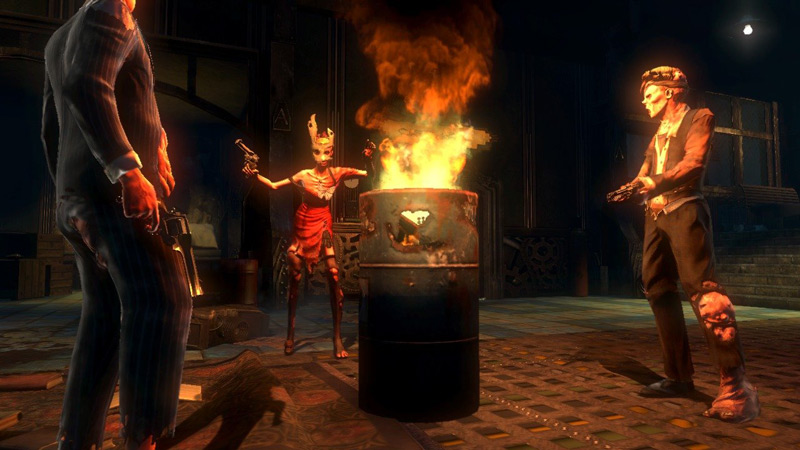 Drinkable super powers might seem like a no-brainer but unfortunately for the citizens of Rapture, the highly addictive nature of ADAM turned them into violent, blood thirsty animals called Splicers. Desperate for more ADAM, these addicts are vicious and will stop at nothing to attack Jack or anyone else they encounter. So, kids…if anyone offers you mutant slug juice with the ability to give you super powers, just say no.

Those are just ten afflictions and infections I would definitely want to avoid but here are some notable mentions:

Dysentry (Oregon Trail)
This intestinal illness became a hilarious joke in classrooms, as the educational game Oregon Trail taught kids how difficult life used to be. In reality though, this affliction brings on fever and causes horrendous non-stop vomiting. Education is fun.

The Flood (Halo series)
Yet another parastic infection, The Flood came remarkably close to destroying all life within the Milky Way galaxy as it had the ability to infect a variety of lifeforms.

Halo Zombie Virus (The Walking Dead)
An inescapable zombie outbreak caused by a pathogen that no one can avoid because when you inevitably die, you turn.

The Green Flu (Left 4 Dead series)
A new form of influenza, possibly even a mutated rabies pathogen, not much is known about this infection other than it not only creates regular infected humans but also special mutations who pose even more danger.

Blacklight Virus (Prototype 2)
Getting infected with this virus has the potential to transform you into an tentacled extra from a grotesque body-horror film. Where do I sign up?

Necromorph Infection (Dead Space series)
Spread through electromagnetic signal broadcasts and a mutant pathogen this infection causes dementia, paralysis and homicidal thoughts however, rather unsettlingly, it can also reanimate and mutate the dead.

What gross illnesses, infections and parasitic viruses from games would you least like to be afflicted with? Let us know in the comments below.

Until next time, I’m off to eat chicken soup and pray I’m not patient zero of some new hideous mutation *cough, cough*