Anyone who knows me (or has read my articles…oh, hi there!) will know I have an affection and a pining for the old days of couch co-op; social multiplayer gaming in the same room that offers something different to massive online multiplayers with strangers (no offence strangers…except you, yeah you know who you are).

A lot of the local social spectacle is lost these days and other than Nintendo who have cornered the market on that with games such as Mario Kart and various other party games, as well as consoles like the WiiU with in-built cameras in their control pads. Then there’s their successor, the Switch which is bringing back local co-op gaming and taking it to another level. Or at least I thought that was the case.

Last week some friends and I were playing on the PlayStation VR on the PS4 and it was incredibly enjoyable. It was very reminiscent of the early days of motion control gaming with the likes of Xbox Kinect or the Nintendo Wii, in that you don’t necessarily have to be playing to enjoy laughing at someone making a fool of themselves.

But being able to play with additional regular PS4 controllers meant up to three people could play along and I must say, I thoroughly enjoyed this experience and genuinely can’t wait until the price begins resembling something a bit more reasonable.

That being said, due to rapidly evolving optics and sensors, the jumps within this relatively new technology will be huge and so it’s unlikely that they’ll be much compatibility between each new iteration so if you’re waiting for the next-gen versions then you’ll need to be prepared to wait until at least 2019 or 2020 (a year that still conjures up images of a faraway sci-fi future land despite being only three of our Earth years away). At least by then, if the Earth is still here the cost of first-gen VR gaming will be inexpensive.

I’ve been lucky enough to have experienced all of the main three VR contenders so I thought I’d do a mini round up and compare each of them. 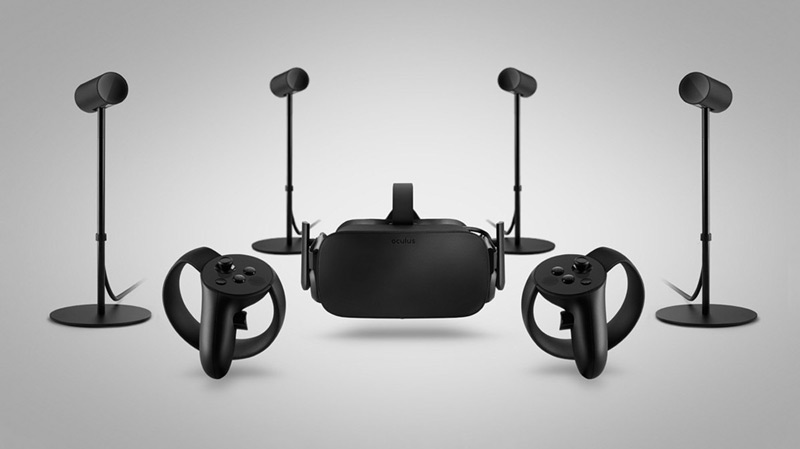 This is the very first VR gaming experience I had, granted the game I chose hardly showed off what the hardware could do but it was definitely memorable and I did enjoy jabbing ineffectively at patients in Surgeon Simulator. The Rift is also the VR headset I’ve spent the least amount of time on as the one I played was actually a demo version at Eurogamer a few years ago. 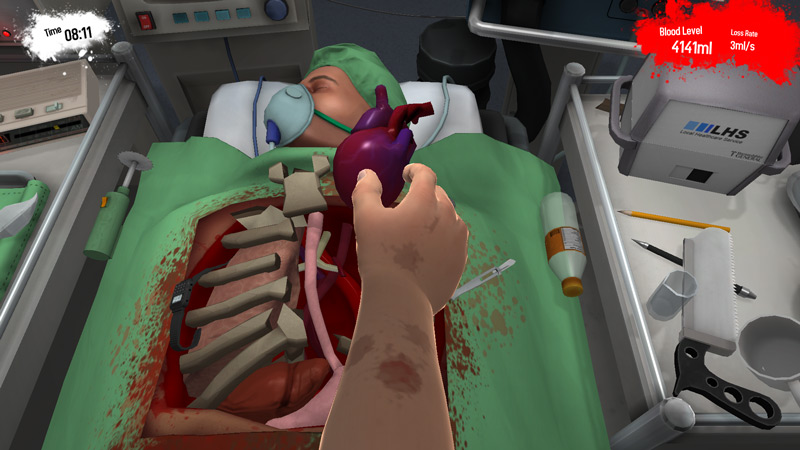 Even so, I came away after that first encounter wondering about the possibilities of VR gaming and decided that if the hardware could encourage more AAA publishers to develop games for it, the technology could be utilised incredibly. My first thoughts were that survival horror games would be improved immensely…or become instantly more terrifying.

I don’t want to get too specification heavy here but the Rift has an excellent resolution of 1080 x 1200 for each eye and this means everything looks crisp and accurate. The controls are comfortable and responsive too. However, it felt a tad on the heavier side so I wouldn’t advise an epic day long gaming session. 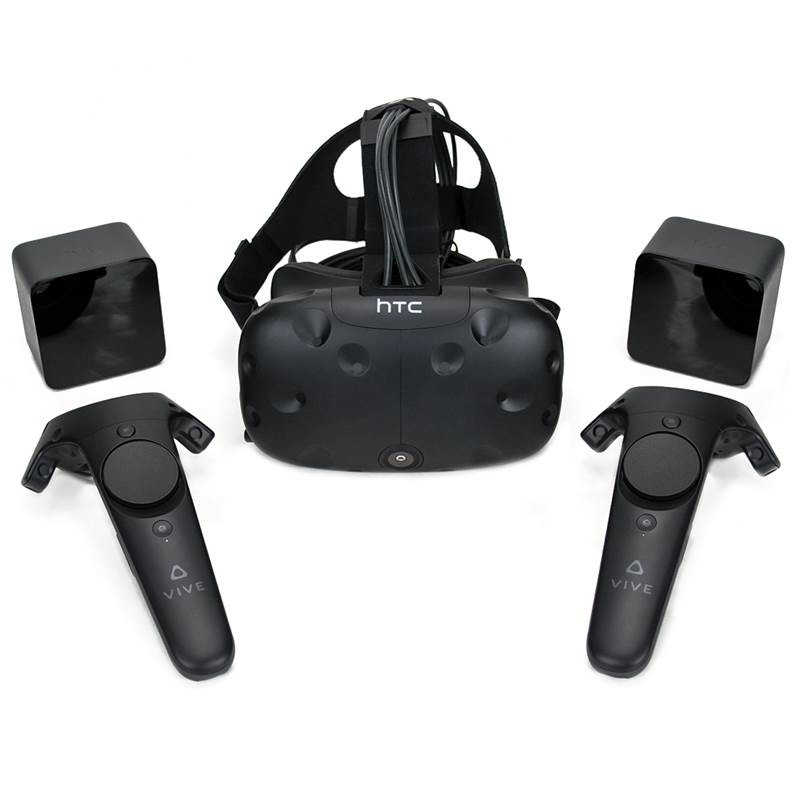 This is the hardware I’ve experienced most as I was invited to play a friend’s headset. It has excellent resolution (only matched by the Oculus Rift) and the headset is comfortable, if a little heavy after a while. Much like the Oculus Rift, it also has a refresh rate of 90 Hz and a field of view of 100 degrees.

One benefit of opting for this VR headset over the others is a hack called ReVive, which means Steam VR compatible headsets can run and play Oculus Rift exclusives…sssh, you didn’t hear it from me! 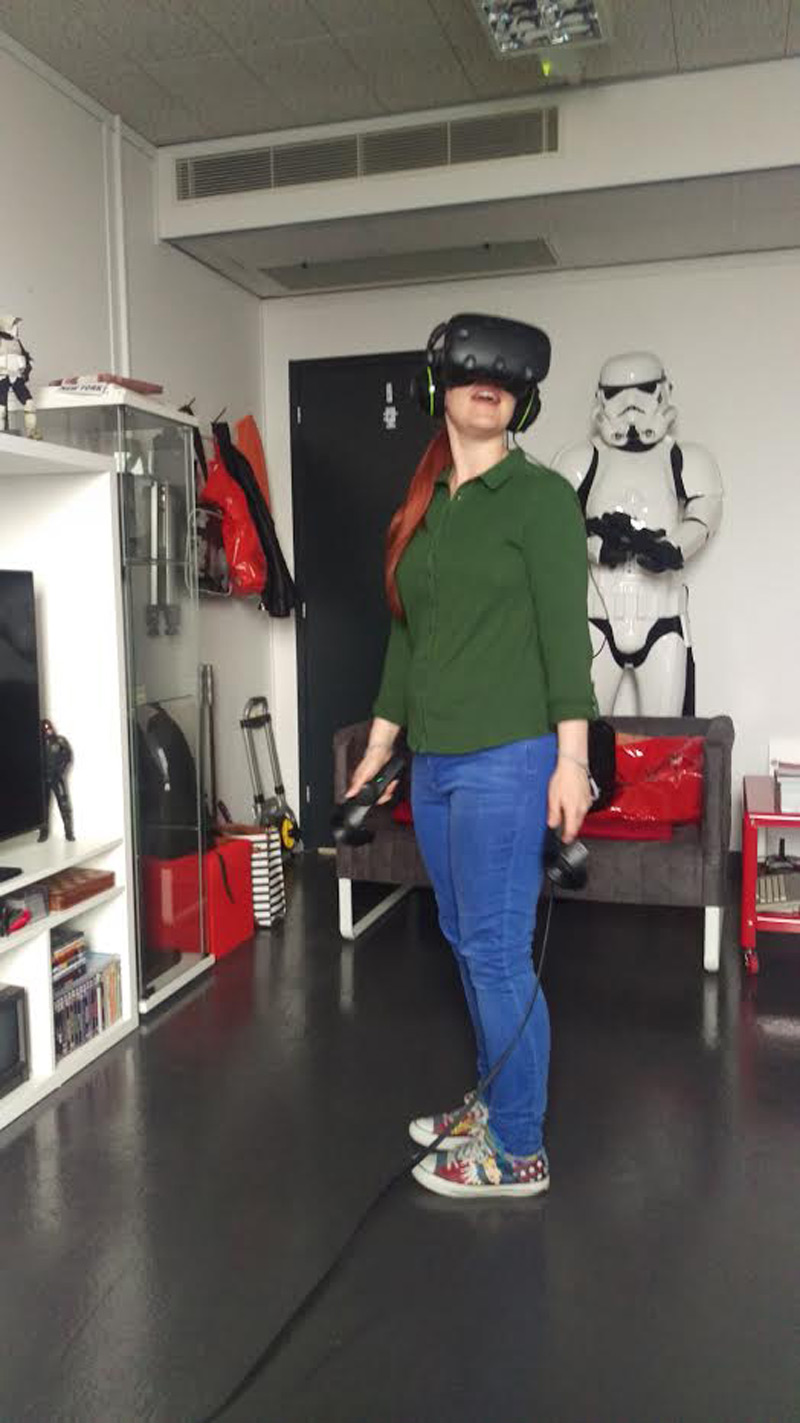 Personally, I adored the content I was able to play on the Vive over the other two. However you do need to have a high spec PC to use this on and I certainly don’t, which is why I’m grateful to my friend for letting me try it out. It’s the most comprehensive virtual reality experience but that does also make it the most expensive too, so I would only recommend it to people who are serious about VR.

If you want to know more about the games I played on the HTC Vive last year, check out my previous post for the site entitled Virtually Real. 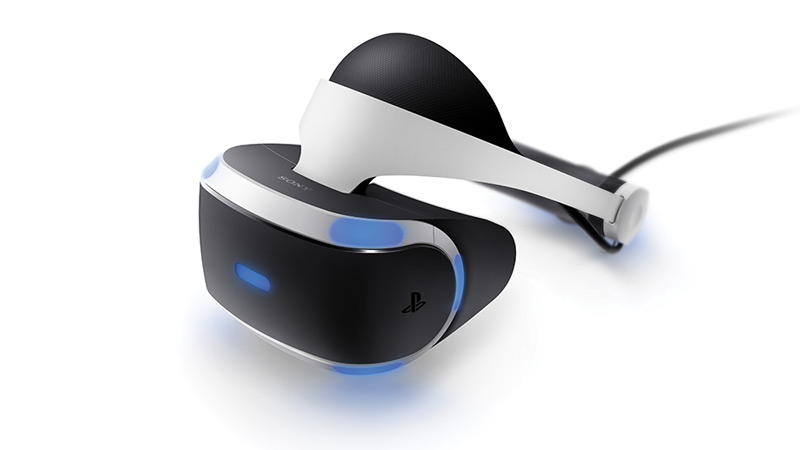 Though it lacks the resolution of both the Vive and the Rift, the PlayStation VR makes up for it in refresh rate which is 120 Hz – a whole 30 Hz more! This means it is better equipped for games that require more motion as well as high speed games, something which seems to be appealing to the AAA gaming market. Already the PS VR has exclusives such as Star Wars Battlefront: X-Wing VR and Batman: Arkham VR as well as Bethesda’s Fallout 4 VR and Skyrim VR titles which are still in development! Sign me up!

During my time on then PS VR, one of the games that utilised itself wonderfully was Keep Talking And Nobody Explodes, a game usually played online via PC multiplayer. It functions entirely on teamwork as the player diffusing bombs relies solely on the other players directing them. 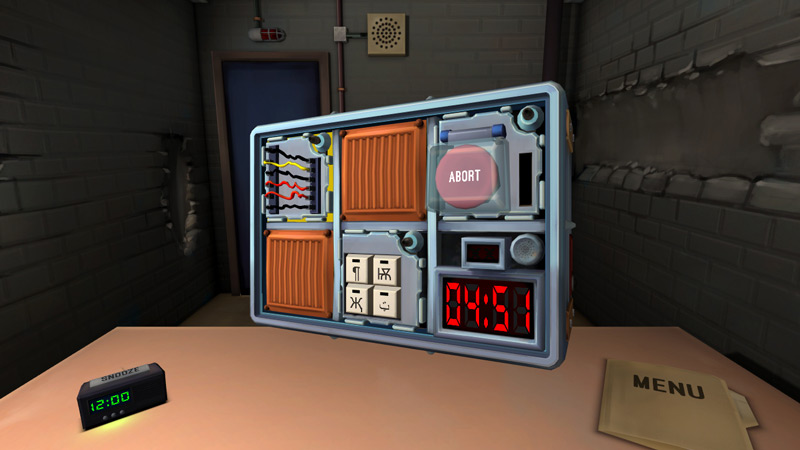 It meant that everybody who was not using the headset could join in and help out as we studied the manual and aided the player to diffuse bombs in a timely fashion. It was reminiscent of the aforementioned co-op couch gaming that I miss so much.

The lower price point in comparison to the others is definitely a positive, additionally you don’t need a high end gaming PC, just a PS4. It was also the lightest headset, which my neck definitely appreciated!

While the main three VR headsets have very few big differences between them, the ones at the lower end of the VR price range are surprisingly inexpensive, the main difference being that they are untethered. Strange to think that wireless technology is cheaper than its wired counterpart these days, despite being more advanced.

This is relatively exciting, as I look forward to the advances we might see when the higher specifications of the big three eventually reach a point that they can also be wireless. It’ll be like cordless phones all over again…and no, I don’t mean mobile phones *generic grumble about ageing* 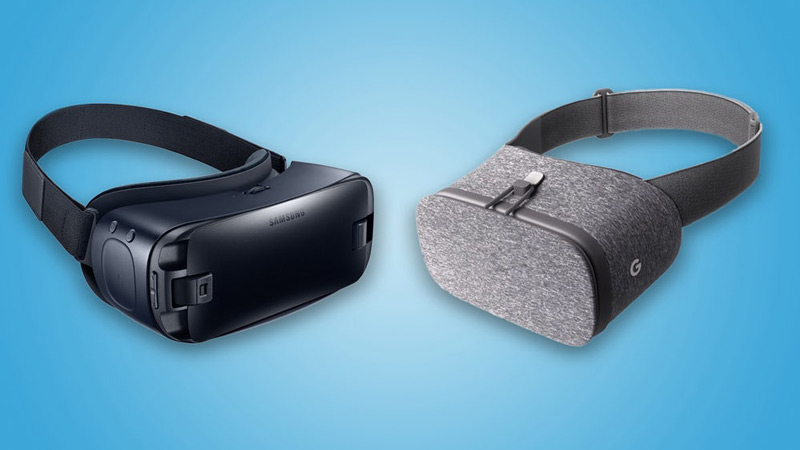 Lower end hardware such as the Samsung Gear VR and the Google Daydream View, which from its name I can only assume is a headset enabling us forget the dystopian, robot-controlled post apocalyptic world ahead of us, seems to be dominated by Android software and lacks the resolution of those higher end models. Which if you ask me (and you haven’t but I will tell you anyway) is pretty important, especially in ensuring your experience is as realistic and believable as possible.

My best gaming experiences and many of my fondest gaming memories involve friends, whether it was passing a controller to take turns beating up a boss, indulging in winner-stays-on marathons on Mario Kart or carting my heavy TV to a friends house for a Saturday night LAN party, one thing they all have in common is that they are social memories.

With VR becoming more popular, it’s entirely possible that me and my friends will be able to play side by side or face to face in a VR setting wherever we are in the world. I might sound hyperbolic here but it blows my mind that we can exist in the same virtual space and simulate that shared gaming experience that I’ve missed for so long. Friends that have moved to other continents will be able to game together as if they are in the same room. We could even be commanding the Enterprise together in Star Trek Bridge Crew VR! It’s incredible to be a gamer on the cusp of such a new technology. 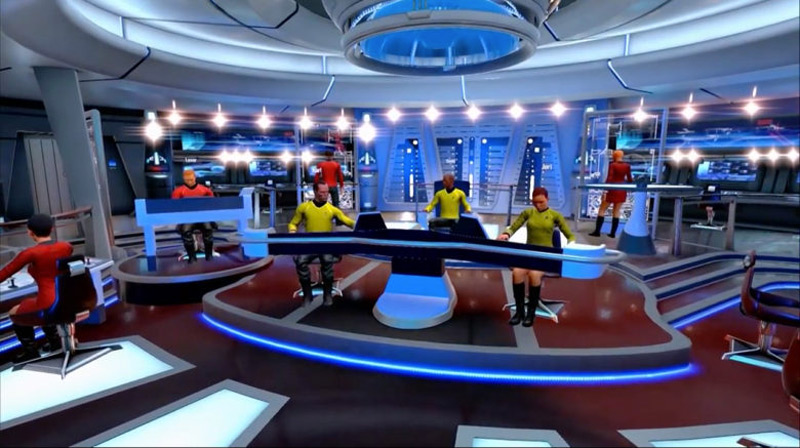 Being someone who has experienced VR I’m the first to admit I’m still a bit clouded by it and I know, as with all new technology, that the novelty will wear off eventually. However, VR technology possesses unique possibilities, of expanding our lives and providing collective experiences. No longer is VR a technology solely based on gaming.

There are 4D live shows, simulated travel, even big name brands like Marriott offer a virtual 4D journey from London to Maui through VR. Want to visit Paris, you got it. Rome? Sure thing. This is the equivalent of instant transportation. Sure, it’s simulated but who needs the real world anyway…right? I can stay in here all day just as long as I keep working on those neck muscles!

Think of the benefit of viewing a live show or concert via VR, no more worrying about tickets selling out or having to wrestle your way through a sweaty crowd to get a good view. What about being able to witness and be part of major, potentially historical event? We’re only just realising the possibilities and scope of this new technology, we don’t know it’s limitations or full capacity yet.

Before these rose-tinted glasses I’m wearing become as worn as I imagine VR headsets will eventually get (so much sweat, gross), I’m genuinely excited by the technology right now and can’t help but be in awe of it.

What are your thoughts on VR gaming? Let us know in the comments section! 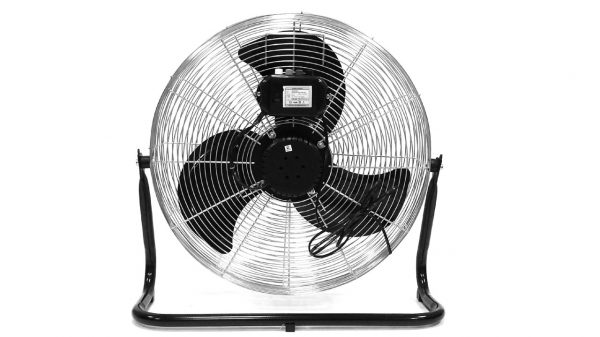