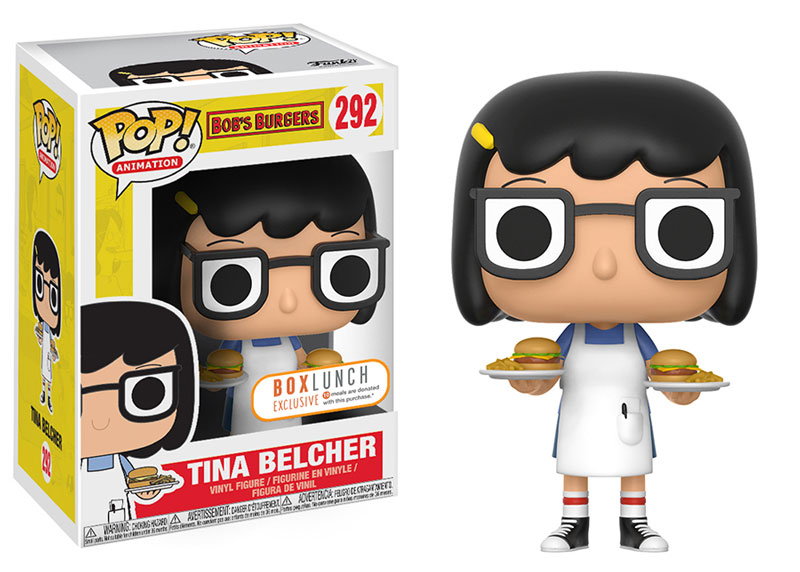 Following up last year’s Cheeseburger Day celebration, Fox Consumer Products teams up once again with BoxLunch, a cause-driven pop-culture gift store, to showcase BOB’S BURGERS merchandise and help provide meals to people in need. A limited edition Tina Funko Pop! Vinyl Figure debuts just in time for National Cheeseburger Day and will be sold exclusively at BoxLunch stores and BoxLunch.com starting September 18th. The Tina Funko Pop! collectible will retail for $12.90 and each purchase, BoxLunch will donate a total of 11 meals* to Feeding America – 10 meals** coming directly from the sale of each figure plus an additional meal that is donated for every $10 spent at BoxLunch*. This campaign takes place during Feeding America’s Hunger Action Month™, which brings attention to the reality of food insecurity in the United States and promotes ways for individuals across the country to get involved in the fight to help end hunger.

Highlights below and selection of downloadable images here:

Gene Beefsquatch Figure. Kidrobot brings you the baddest burger loving middle child of the Belcher’s in Beefsquatch form. Standing 7” tall, rocking a removable Squatch mask and megaphone, this figure is ready to pop it and lock it into your collection. Additionally, Kidrobot.com has an exclusive “THIS IS ME NOW” purple colorway. ($49.99, Kidrobot) 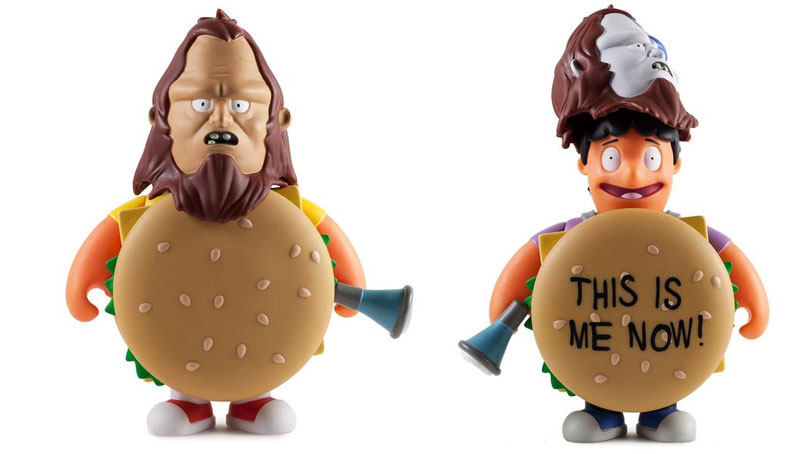 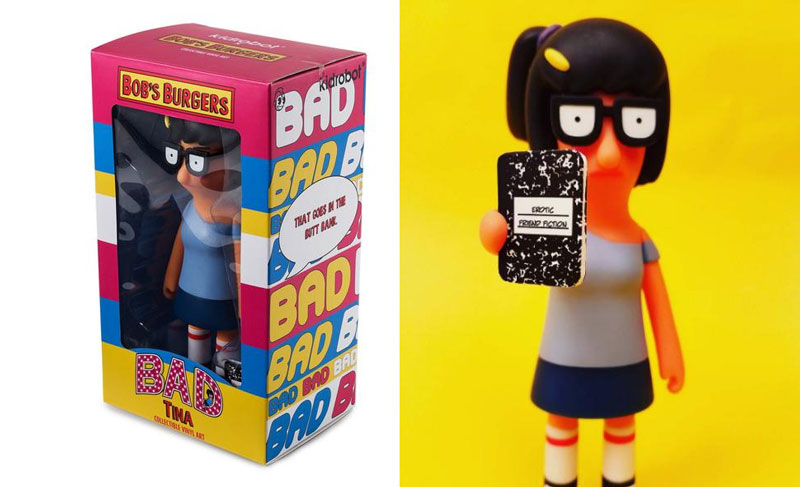 Just in time for the grand re-re-re-opening of Bob’s Burgers comes the Bob’s Burgers x Kidrobot Blind Box Vinyl Mini Series! Collect all your favorite Belchers and a few of their favorite friends to have some serious fun. ($9.99 each, Kidrobot) 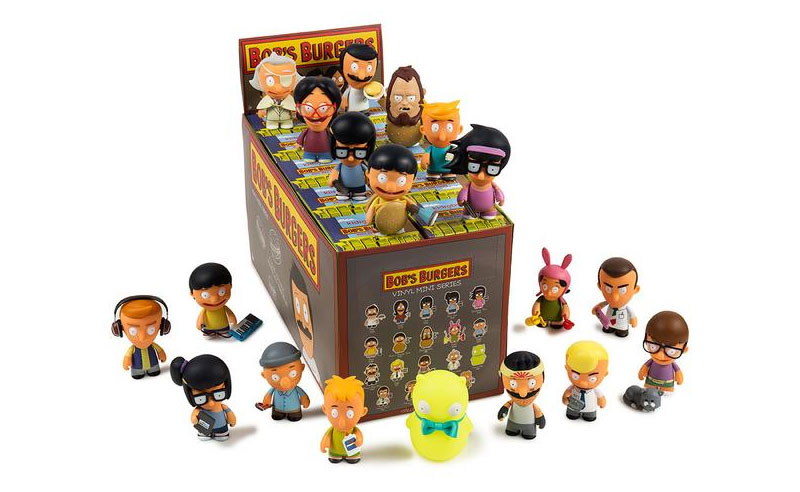 Kidrobot also unveils BOB’S BURGERS enamel pins. Featuring designs from the hit BOB’S BURGERS Mini Series and coming in the blind box style Kidrobot is known for, this pin series is the perfect way to chorizo your own adventure and style on all your favorite accessories. Add all 16 Bobs Burgers Pins to your collection today. ($5.99 each, Kidrobot)

BOB’S BURGERS Backpack – So while you may not be able to swing by Bob’s Burgers for a bite of today’s special, you can wear the whole dang shop and half the town thanks to this awesome backpack from Sprayground. As with all of their designs, this bag was produced in a limited run and will never be produced again – because frankly it’s just too good to last forever. ($65, Sprayground) 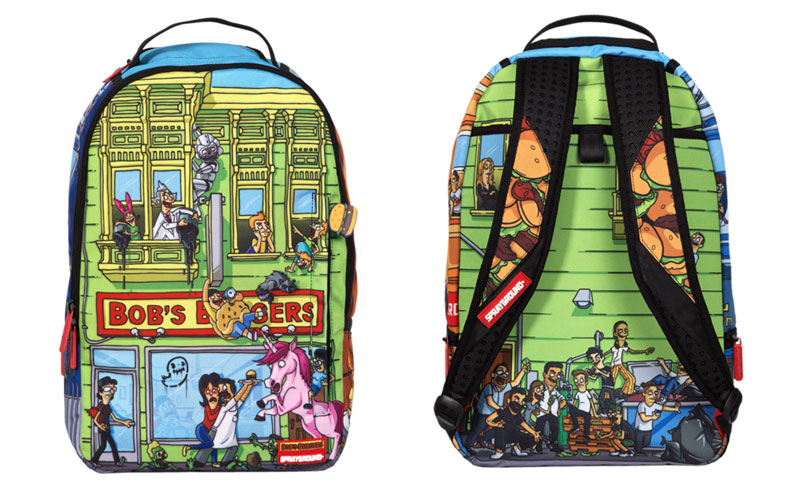 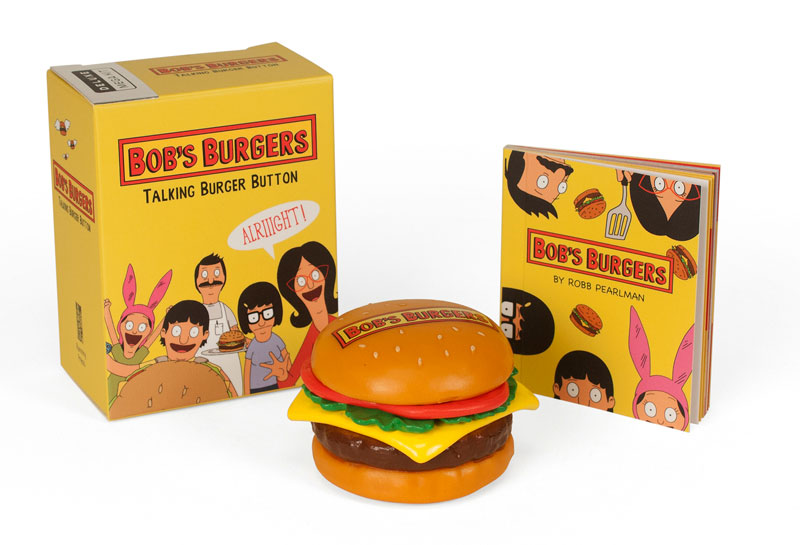 A 20th Century Fox Television production, Bob’s Burgers was created by Loren Bouchard (Home Movies).  Bouchard and Jim Dauterive (King of the Hill) serve as executive producers and writers, with animation produced by Bento Box Entertainment. Fans can “like” Bob’s Burgers on Facebook at www.facebook.com/BobsBurgers, follow the series on Twitter and Instagram @BobsBurgersFOX and join the discussion using #bobsburgers.