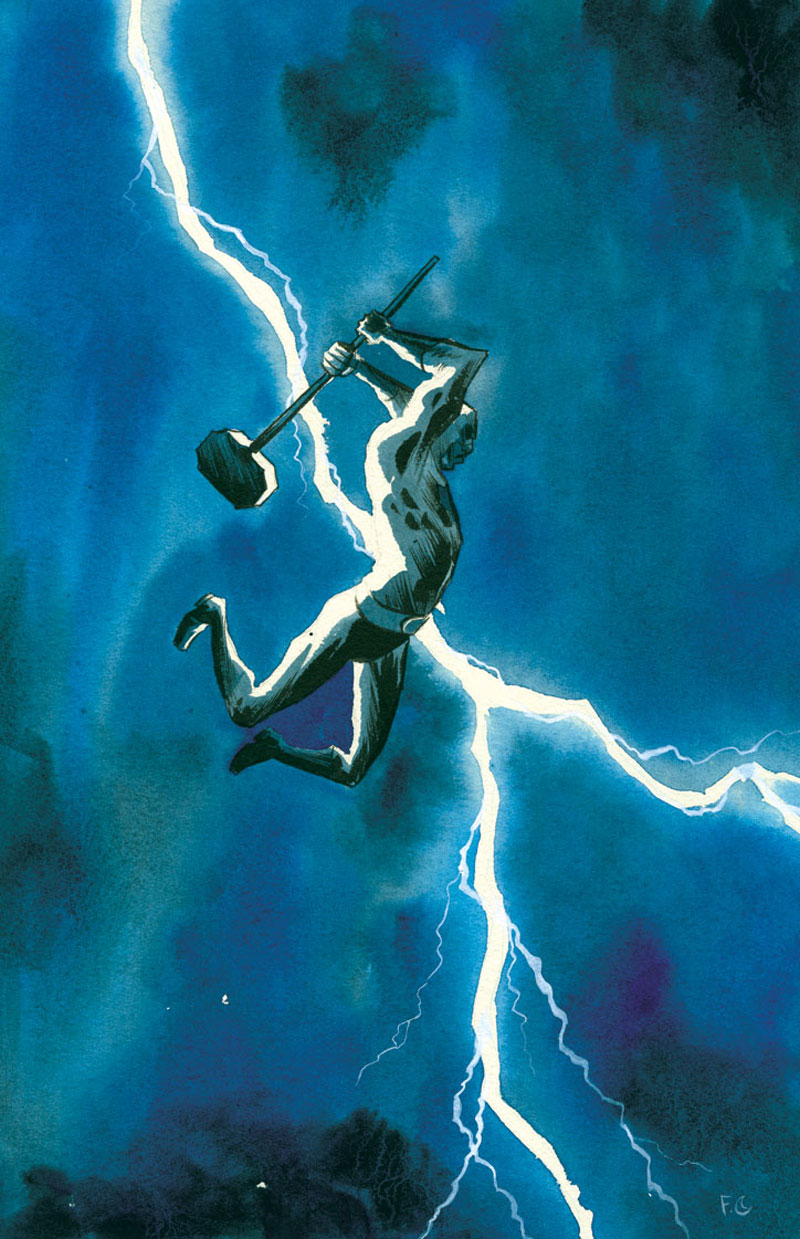 Dark Horse Comics has announced that writer Jeff Lemire and artist Dean Ormston’s creator owned BLACK HAMMER superhero saga will return in 2018 with a new ongoing series titled BLACK HAMMER: AGE OF DOOM. The new ongoing series will continue to chronicle the adventures of the forgotten champions of Spiral City, following the events of the cliffhanger ending of issue thirteen of BLACK HAMMER.

“One thing BLACK HAMMER has always done is comment on the history of superhero comics and we live in a world where superhero universes seem to be rebooted, relaunched, and rebirthed every year,” said Lemire. “It felt like we needed to play around with that idea, but put a BLACK HAMMER spin on it. So, starting in April, Dean, Dave Stewart, Todd Klein, and I will continue the story and the mystery of Black Hammer farm in BLACK HAMMER: AGE OF DOOM! It’s a new series, but everything you love will stay intact and we’ll deliver the next chapter in the story of Golden Gail, Abraham Slam, Barbalien and the rest of the gang.”

“BLACK HAMMER ends with a major, game changing revelation,” said Ormston. “Readers are super keen to find out how our heroes are stuck on the farm and more answers, twists and turns are coming in BLACK HAMMER: AGE OF DOOM.” 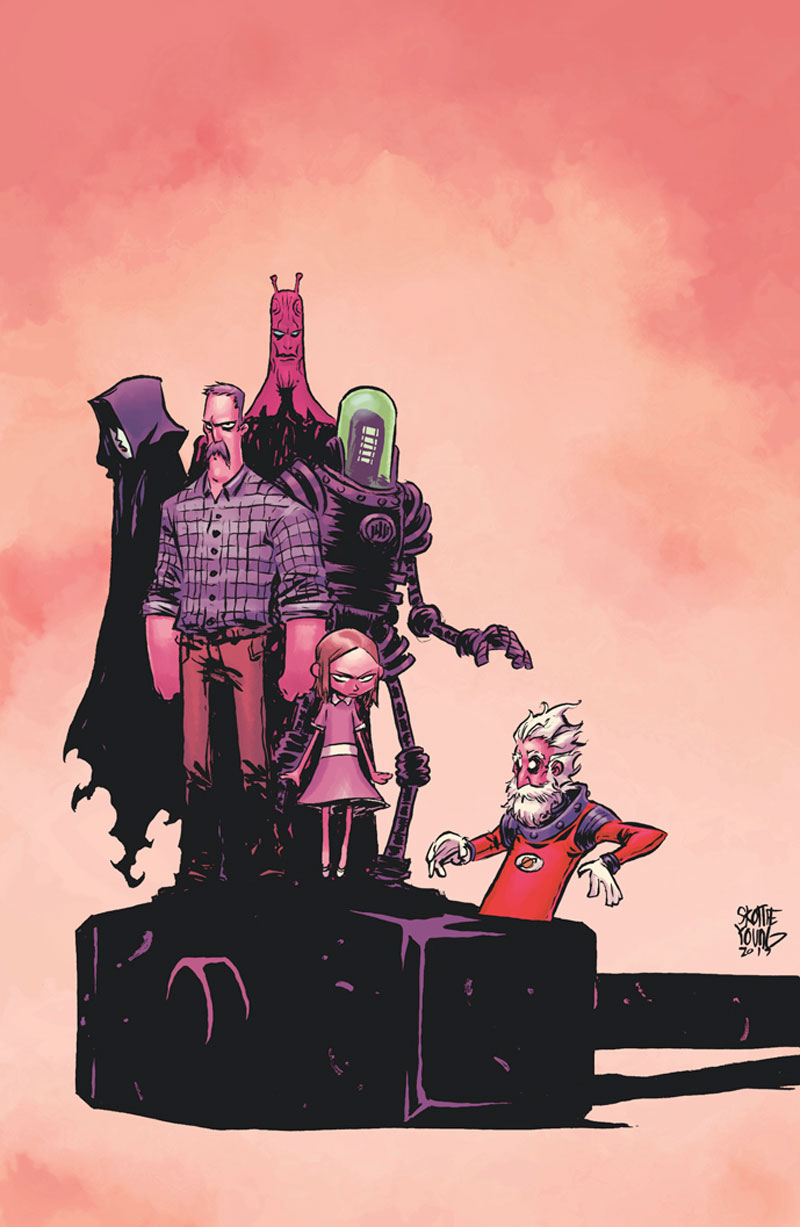 Meanwhile fans won’t have to wait long for new BLACK HAMMER universe stories. On October 18, Dark Horse Comics will publish the first issue of SHERLOCK FRANKENSTEIN & THE LEGION OF EVIL, written by Lemire and illustrated by artist David Rubín (ETHER). The highly anticipated four issue series follows Lucy Weber—the daughter of the Black Hammer and an investigative reporter for the Global Planet—as she uncovers the dark secret origins of some of her father’s greatest foes. SHERLOCK FRANKENSTEIN & THE LEGION OF EVIL is the first of several high profile BLACK HAMMER mini-series, all of which will feature different artists. 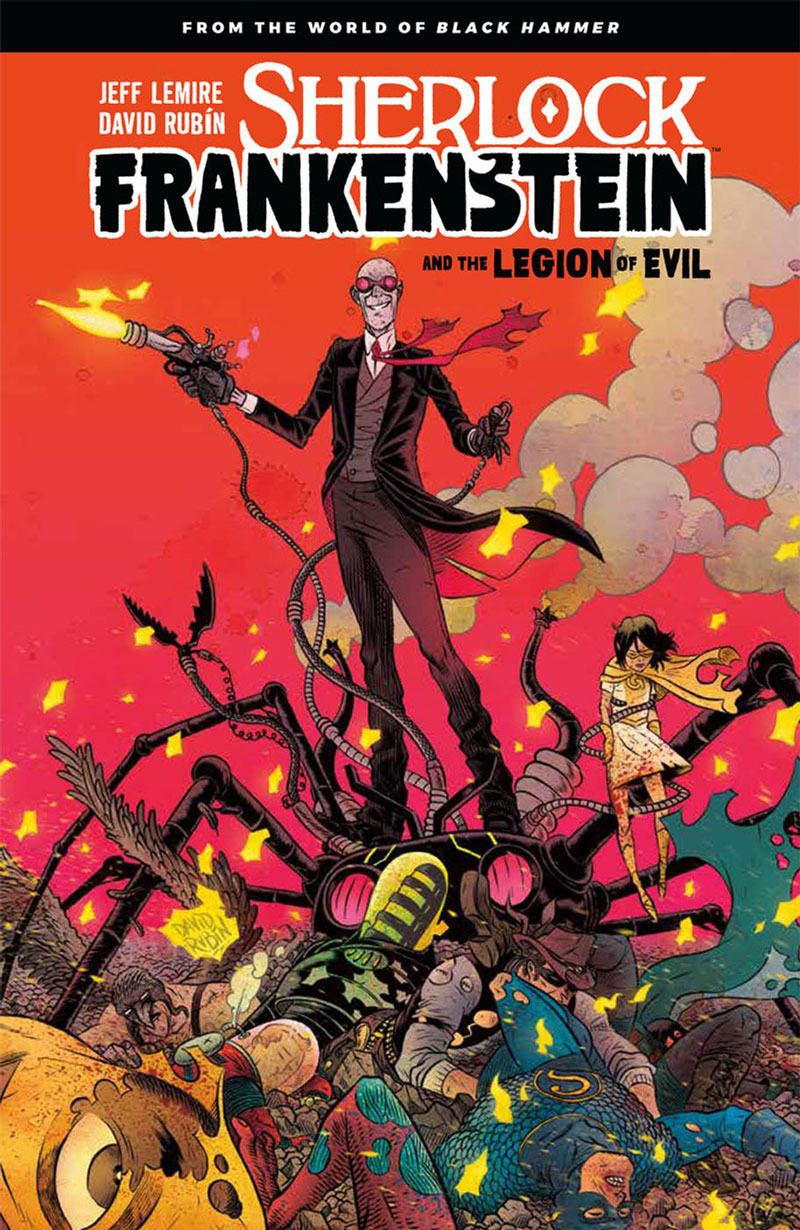 When BLACK HAMMER: AGE OF DOOM debuts in April 2018, each issue of the ongoing series will featuring a variant cover by an acclaimed artist, including an issue 1 cover by Skottie Young (I HATE FAIRYLAND) and an issue 2 variant cover by Fábio Moon (TWO BROTHERS) that is an homage to Frank Miller’s icon BATMAN: THE DARK KNIGHT RETURNS cover.

“BLACK HAMMER has grown beyond what Dean Ormston and I could ever have hoped for,” said Lemire. “We’ve fallen in love with the world of BLACK HAMMER and the characters that live there and we have a lot of story left to tell. This ending is just the beginning.”