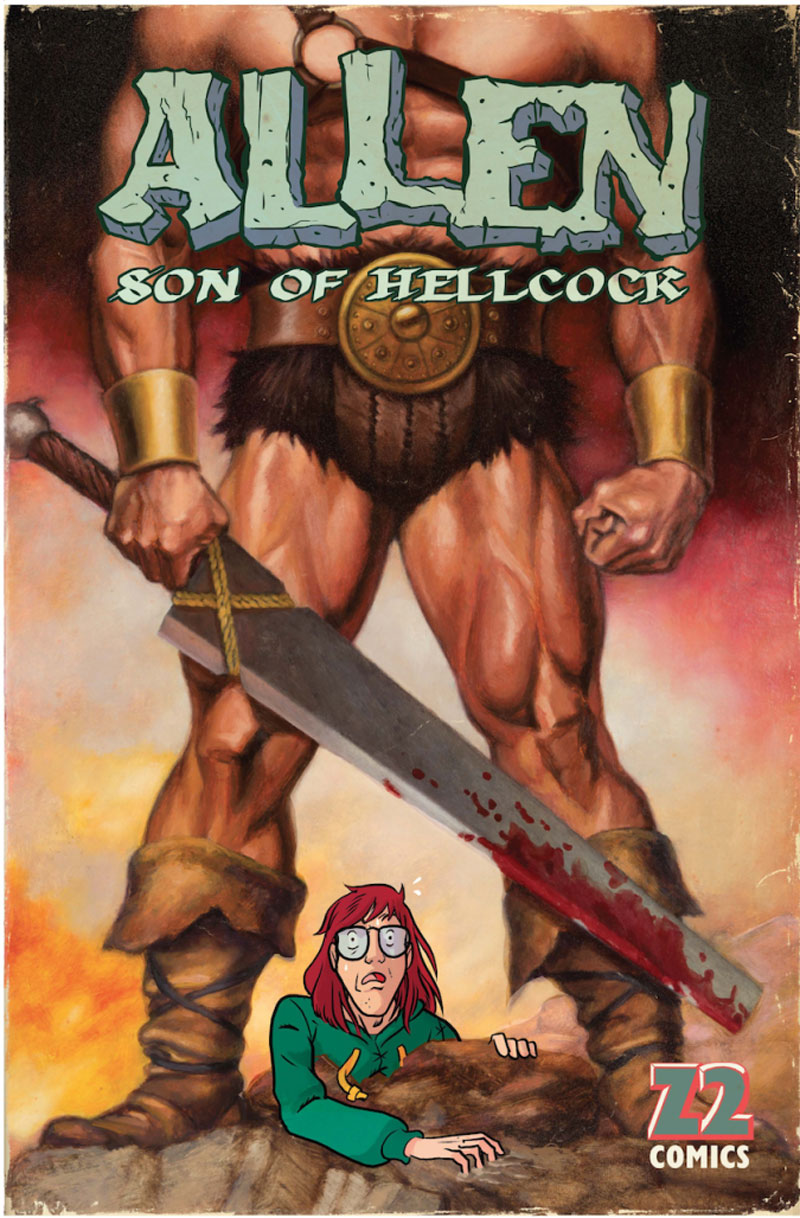 “I don’t often provide blurbs for books, but when the writers literally have you chained to a wall and are refusing to let you leave before you give them one, you tend to relax your standards. Enjoy this book. I did. Now let me go, please.” — John Oliver

“As an unsolicited exercise in juvenilia, ALLEN: SON OF HELLCOCK is very funny and wonderfully illustrated. I was equally surprised by how much I liked it and that it existed at all.” — Jesse Eisenberg

“The Fatheads who wrote ALLEN,SON OF HELLOCK, don’t laugh at jokes. No. They listen, then nod their heads, sagely, and make comments like ‘ah, yes. That is quite funny’ and ‘I see what you are doing, verbally, with the use of outrage-e-osity vis-a-vis logic.’ They make up words like ‘outrage-e-osity’! Honestly! I have no time for any of them…” — Tom Hanks 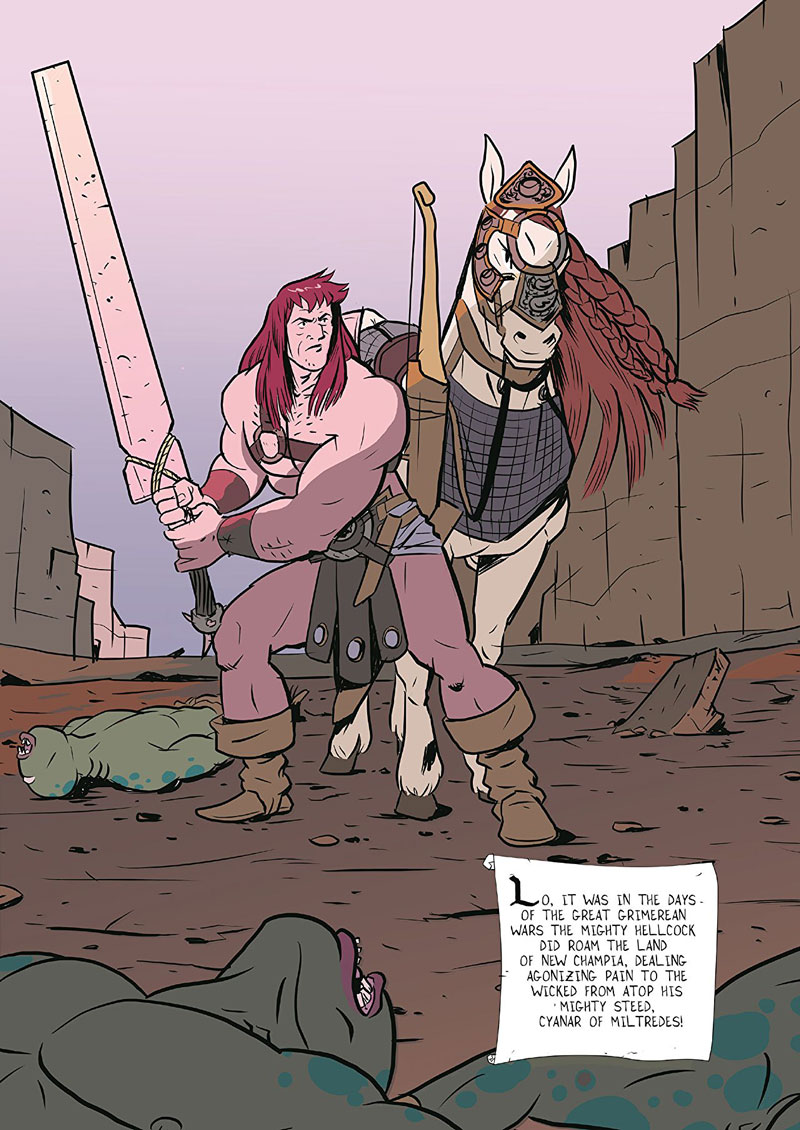 From the comedic minds of Will Tracy (Last Week Tonight With John Oliver, The Onion), Gabe Koplowitz (VICELAND), and acclaimed international artist Miguel Porto comes the original graphic novel ALLEN, SON OF HELLCOCK, that rare literary debut that has it all: washed-up sorcerers and swordsmen, terrifying horse-donkeys, sensitive ogres, cynical blob-men, ornery minotaur landlords, an exceedingly polite retired despot, a black-hearted but oddly lovable villain, an idealistic young woman who’s the only one with any brains, and a would-be warrior who can’t seem to escape his own hackneyed destiny . . . But mostly, it’s a story about a boy and his father. See, living in the shadow of your father’s legacy can be a tough thing, especially if your dad was the mightiest warrior to ever live.

ALLEN, SON OF HELLCOCK follows the misadventures of Allen, a slack jawed hipster who desperately wants to cast off his family’s legacy …. to embrace his lifelong dream to become a comic book artist. It’s the perfect father’s day gift for anyone with an overbearing dad, which is why it’s ever so perfect that Z2 Comics will publish the graphic novel on October 31, timed to Halloween.

What Critics Are Saying About ALLEN, SON OF HELLCOCK

“Get ready to dive into a new quirky fantasy adventure.” — ENTERTAINMENT WEEKLY

“Both funny and poignant.”— BLEEDING COOL

“Living in the shadow of your parent’s legacy can be a tough thing—even moreso if a) your parent was the mightiest warrior to ever live and b) you’re the direct opposite of that. . . . Written by Last Week Tonight with John Oliver’s Will Tracy and VH1 director Gabe Koplowitz, and with art by Miguel Porto, Allan, Son of Hellcock picks up after the death of Allen’s dad—the greatest hero in all the land—Hellcock (which is a spectacular fantasy warrior name, by the way). He’s entrusted his legacy to his whiny, cowardly, only son.“ — io9

“I was only two pages in when I realized this might be the funniest book of the year.”— FORCES OF GEEK

Will Tracy is a writer for HBO’s Last Week Tonight with John Oliver and the former Editor in Chief of The Onion, America’s Finest News Source. He lives in Brooklyn.

Gabe Koplowitz is a writer/director at VICELAND. Originally from San Francisco, he developed a love for comics by stealing his brother’s copies of GROO THE WANDERER at a young age. He lives in Brooklyn.

Miguel Porto is a cartoonist, and illustrator living in Vigo, Spain. He has worked for Redbook, El País, Mongolia, done posters for music groups (Foot Village’s European tour), and covers (the Spanish edition of LORD OF CHAOS), but mostly he spends his days doing educational books and teaching drawing and color. He likes forests, ghosts, and owns two cats named Olive and Munchausen, and has enough scars to prove it.