American Assasin follows the rise of Mitch Rapp (Dylan O’Brien), a CIA black ops recruit under the instruction of Cold War veteran Stan Hurley (Michael Keaton).  The pair is then enlisted by CIA Deputy Director Irene Kennedy (Sanaa Lathan) to investigate a wave of apparently random attacks on both military and civilian targets.  Together the three discover a pattern in the violence leading them to a joint mission with a lethal Turkish agent (Shiva Negar) to stop a mysterious operative (Taylor Kitsch) intent on starting a World War in the Middle East.

Forces of Geek is proud to share one of three exclusive artist posters created especially for the upcoming release.  This one was created by Matt Taylor. 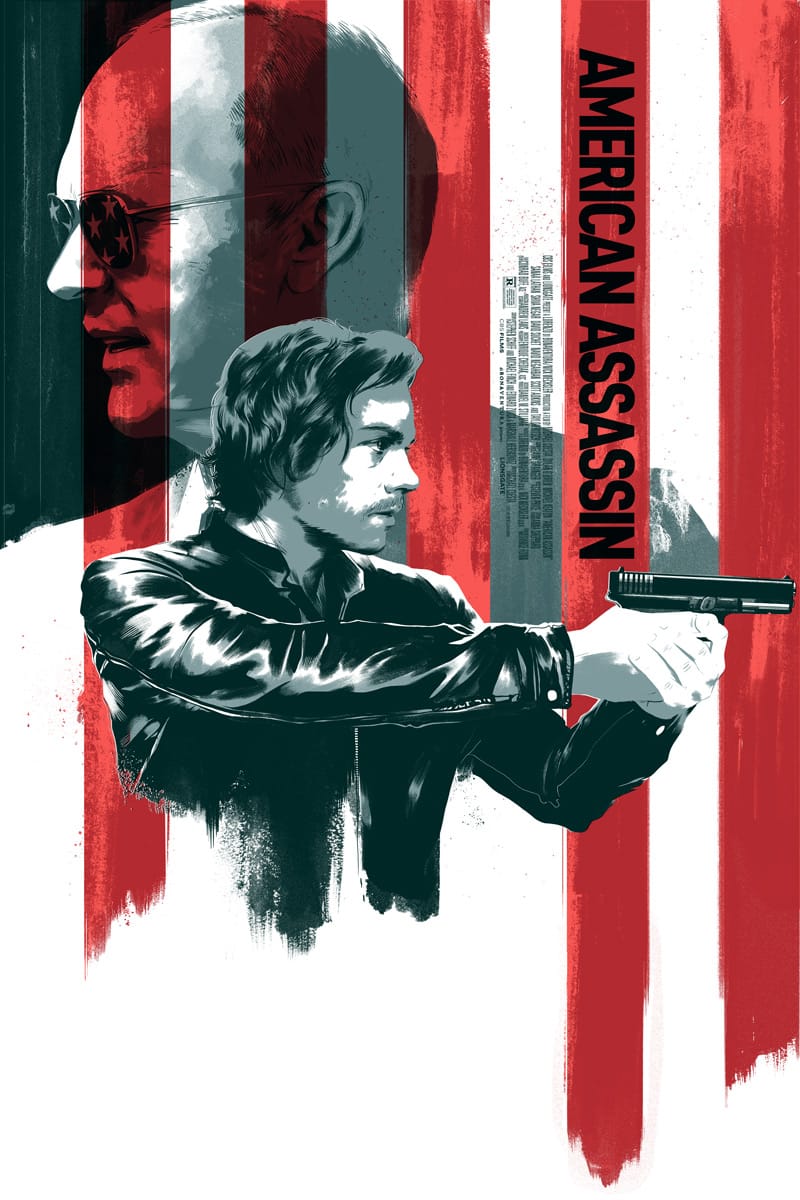 Be sure to check back on September 13th for our exclusive giveaway of all three posters!