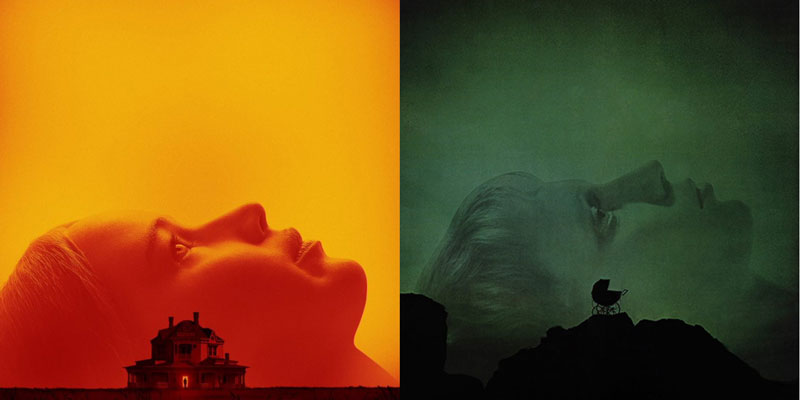 Since 1978, CinemaScore has polled exiting moviegoers at major releases, balancing various demographic input to come to a general letter grade. Until Rotten Tomatoes came on the scene, it’s been the main source of general feedback, not counting internal test screenings or other indie exit polls.

The new suspense thriller mother! from Darren Aronofsky is so immensely polarizing that outraged moviegoers this past opening weekend gave it the rare ‘F’ CinemaScore.

If an Aronofsky film ever deserved an F, it was Noah, which incidentally earned a C back in 2014, but I digress. I enjoyed his new film, which builds up to a terrifying chaos that requires additional viewings to catch all the details. However, as much as I find Aronofsky’s films to be extremely provocative, it’s completely bonkers they’re released from major studios.

Although its worldwide weekend gross recouped nearly half the cost, mother! probably won’t generate word-of-mouth business, nor resonate with anyone outside of the film-school crowd or critics.

And, speaking of the critics, Rotten Tomatoes currently tallies their consensus of the weekend’s other new release American Assassin at 34%, while the audience CinemaScore landed at B+. The F graded mother! calculates to a respectable “fresh” at 69% on RT.

This enigma of art vs entertainment, film vs flicks, and highbrow brilliant vs lowbrow despicable (or other variations therein) is nothing new. CinemaScore audiences ranked Ghost Dad a solid A in 2007, while the Coen Brothers’ Miller’s Crossing landed a C-. I won’t name additional past yearly atrocities, but they’re all searchable online.

Not to get higher on this horse, but when you combine the F CinemaScore ranking with Rex Reed’s New York Observer review for mother!, in which he calls it the “worst movie of the century,” I feel a whole lot better about digging the film. I’m not for disrespecting alternate opinions, provided they’re expressed with a little more meat than immediate reaction.

F CinemaScore ratings are rare, but they’re fairly explainable when you take into account the high probability that the audience expected something else. Paramount’s marketing campaign was a complete bait-and-switch, emphasizing the horror, connecting their classic Rosemary’s Baby no less. The film virtually came out of nowhere, with teaser trailers offering our first glimpse at its existence. Audiences went in thinking it was one thing (“from the director of Black Swan”) and got another.

The CinemaScore vs critic consensus got personal on the walk home from my mother! screening, in which I went full film-school nerd on my husband. The heated argument bounced between my marveling at the film’s ability to further challenge concepts like god and creation, while he simply saw mother! as the work of a pretentious narcissist.

After this weekend’s F grade, I took a look into other films that were branded with the letter, noticing that many of them came from filmmakers one might consider auteurs.

Neil LaBute wrote and directed this remake of the British cult film with a nod to the original 1967 novel by David Pinner. The result is one of the most unintentionally funny films of all time, with a performance by Nicolas Cage that was destined for its many animated gif memes. By all accounts, this was an odd entry from the playwright/director, who’s In the Company of Men landed him major indie film accolades. His prior film Nurse Betty landed a C with audiences, and his follow up to Wicker Man, Lakeview Terrace, a C+. His 2010 Death at a Funeral remake did get a B+, and he’s still a very respected and prolific in the biz.

William Friedkin directed this filmed version of the acclaimed Tracy Letts play, and made an impression with the Cannes crowd. Audiences did not go for it, and the Oscar and Golden Globe winning director has since only directed Killer Joe (not measured by CinemaScore, but fairly respected by critics). His documentary The Devil and Father Amorth is gathering major buzz at film festivals, and he’s long overdue for a hit (his Rules of Engagement in 2000 was his last to make [slightly] more than its budget). 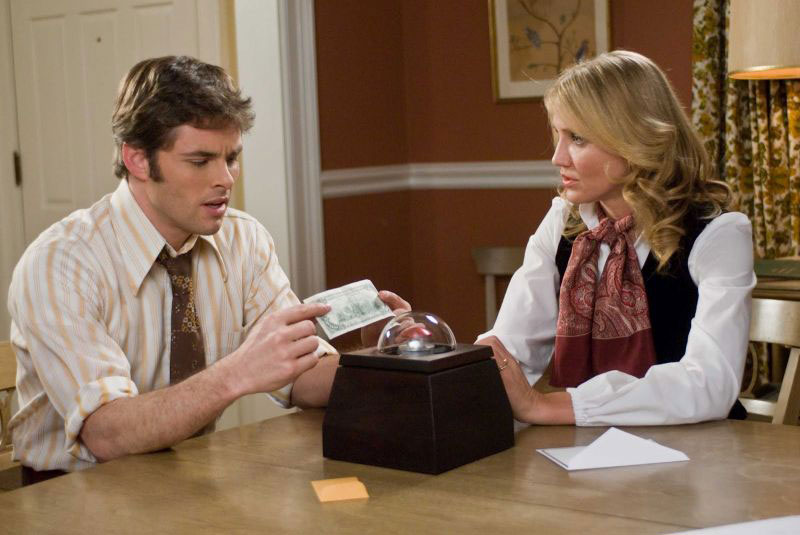 Richard Kelly’s third film was even more off-putting to audiences than his scarcely released sophomore effort Southland Tales. Though it’s a cult classic, recently re-released in theaters for its 15th anniversary, Donnie Darko clearly established the director as a visionary. The Box, based on a Richard Matheson short story that was previously adapted for the 1980s version The Twilight Zone, starts as a fairly normal suspense thriller, but then, not unlike mother!, becomes more audience unfriendly. The director has not had a major film release since The Box. 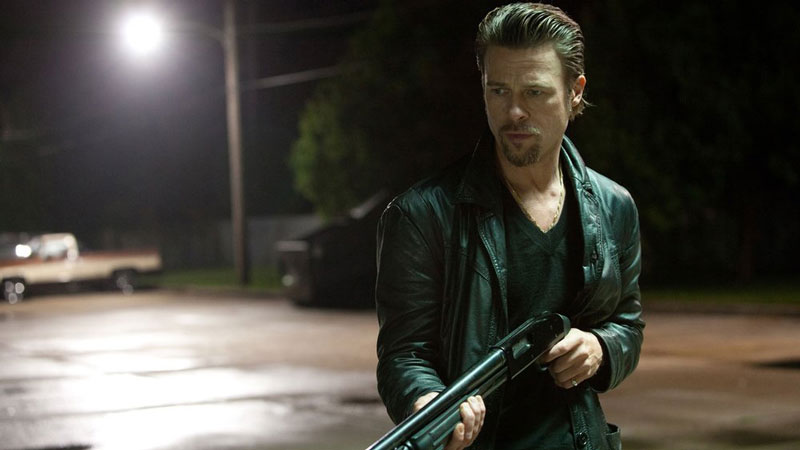 Andrew Dominik based this crime film on the 1974 novel Cogan’s Trade, and again garnered critical acclaim even at Cannes. Audiences did not care for it, according to CinemaScore, but it did more than double its budget at the box office. The Kiwi director/screenwriter, who launched his career in 2000 with the action/drama Chopper has two films in development, and received positive reviews for One More Time With Feeling, a documentary about Nick Cave and the Bad Seeds’ sixteenth studio album. 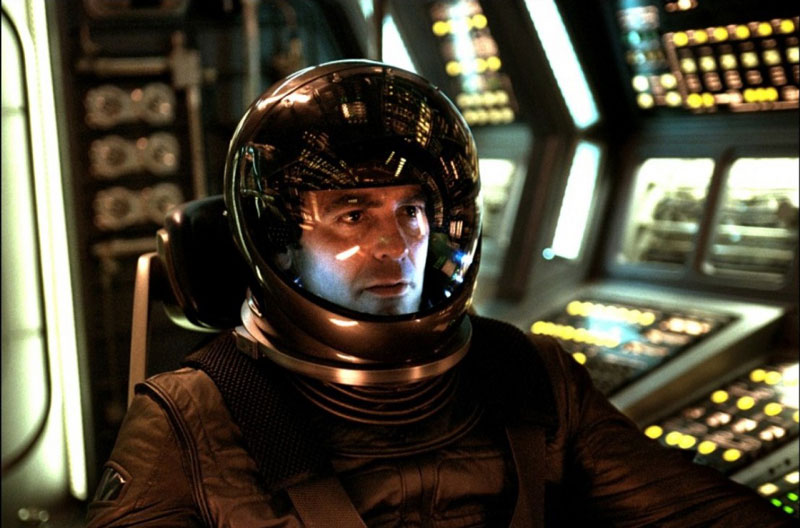 Steven Soderbergh’s adaptation of the 1961 science fiction novel that had before been made as a TV movie and the classic Tarkovsky 1972 film, never had a chance. Similarly to mother!, the film’s marketing campaign “depicted things that had nothing to do with the film” (and that’s a direct quote from its star George Clooney). Audiences didn’t know what to make of it, though critics liked it, including Roger Ebert, who called it “the kind of smart film that has people arguing about it on their way out of the theater.” Sound familiar? 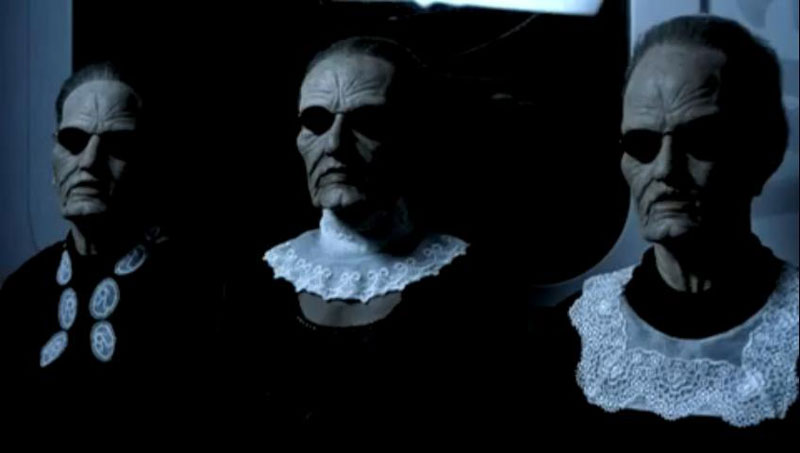 Jaume Balagueró’s 2002 haunted house thriller had major buzz in the horror community, and even more in its native Spain. I caught it at the Sitges Film Festival, where it was nominated for best film. Miramax/Dimension paid $4 million for the rights to its North American distribution, among others, but it sat on their shelves for more than two years, only to be edited heavy for a PG-13 rating in its US release (Christmas 2004 no less). It was hand crafted to, unintentionally, earn its F grade from CinemaScore. Incidentally, Balagueró found success soon after with the REC movies, of which there are four. Quarantine, a 2008 American remake of REC landed a C with CinemaScore audiences. His original Spanish films have not been scored.