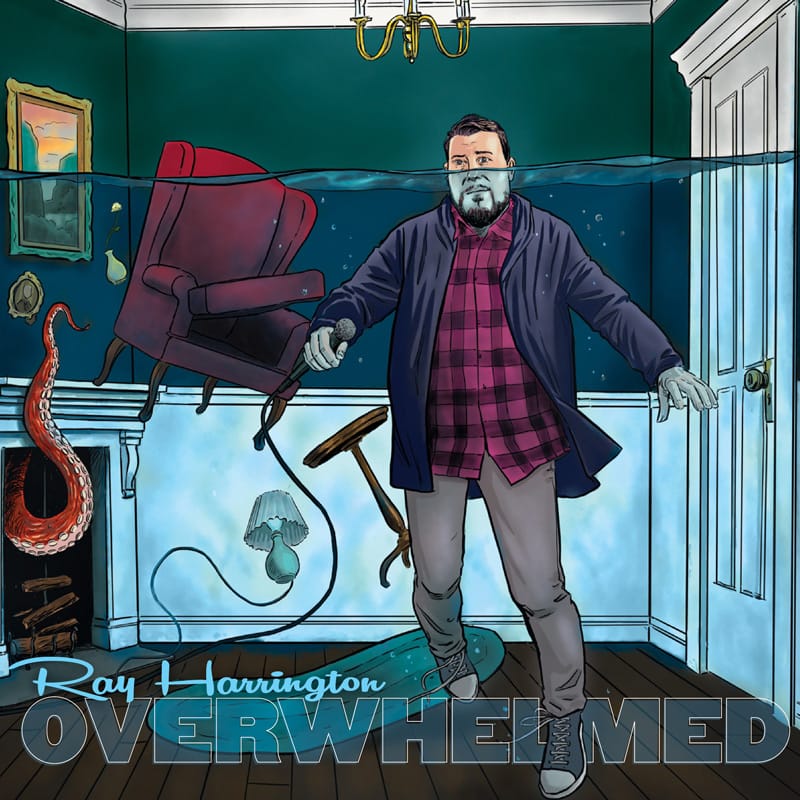 Today, Stand Up! Records (www.standuprecords.com) released Overwhelmed from comedian Ray Harrington (https://www.rayharringtoncomedy.com).
Accidental patriot and award-winning documentarian Ray Harrington (Be a Man, https://www.beamanthefilm.com) understands that his actual job as a comedian is to talk at you, but he’s way more into listening. It’s just so much more interesting—there’s always that electrifying possibility that overhearing a mispronounced word, jumbled phrase, or dangling participle will send him screaming into the hills (just not to camp—never camping). Equally possible? A genuine piddle-snort of pure joy, when your body simply forgets how to breathe because, well, Ray Harrington’s the kinda guy that takes your breath away, whether he’s self-dredging to beat the heat or setting the odds on a fist fight between Anne Frank and Helen Keller.
Equally introspective, nuanced, and insightful and ready to pull the ripcord on the dick jokes, Harrington is known for a polished style that leaves audiences wondering where the set, the improv, and the banter part ways—did he plan and practice each word, each aside, and each phrase? Is he a virtuoso struggling with fatherhood, manhood, and “the Februaries”, nimbly pivoting from bit to bit with plenty of room for the unexpected? Yes, yes, yes. Even better? We’ve included a bonus track. “Overwhelmed”—the first step in fully embracing his own imperative to Be a Man—is just that good.
Be A Man won Best Documentary at The LA Comedy Festival and more, premiered at last year’s New York Comedy Festival, and debuted exclusively on Hulu earlier this year. This is his second album with Stand Up! Records.