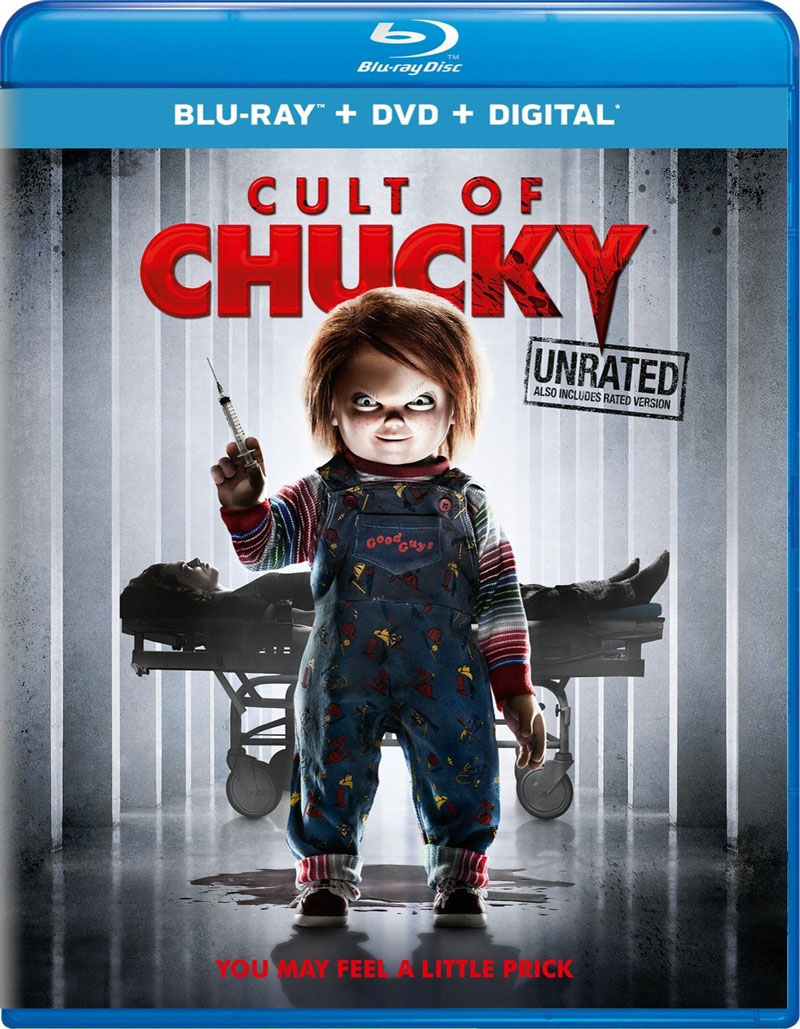 Throughout the years, Chucky has been busy. Dubbed (by me) as the hardest working killer doll, we have seen him terrorize babysitters, find love, get married, father twins and somehow manage to never meet his doom but has gone on to live a rather prosperous life (while still killing).

After twenty-nine years of pure mayhem, it’s hard to believe but there’s still a lot to say about the world of Chucky. While budgets have changed, and locations have shifted, Chucky has remained the same; still, the same humorous man-doll providing social commentary while butchering someone to death. All of this brings us to Cult of Chucky, a sequel that includes the return of director Don Mancini to craft this delightful tale that brings the series back to its roots in a surprising twist.

To love Cult of Chucky is to know as little as possible. Now set in a mental institution, it picks up right after the events of Curse of Chucky, which proved it was Fiona Dourif’s talent and not necessarily her genes that got her the leading role. While we’ve seen horror movies use the convenient mental institution plot, this is one of the few movies that use the location effectively with residents unsure of their reality. Chucky is allowed to really cause some damage without everyone trying to stop him as Fiona Dourif has full range to display her talents, throwing herself (quite literally) into the role. Through the joys of hypnosis, a questionable psychiatrist, and his doll technique, everything can and does go amok.

While the cast is truly delightful and is clearly having fun both on and off-set (Fiona Dourif is mesmerizing), this wouldn’t be a Chucky movie without our plastic star. Once again Chucky is fresh, original and hilariously menacing; telling jokes at every second; actually providing commentary on the ridiculousness of the plot, the characters, and even the canceled Hannibal; a Deadpool of sorts, this self-awareness plays to his strengths, the more chaotic the movie becomes.

Cult of Chucky is a return to old Chucky films before he became a family man. The Fast Five of the franchise, it grounds itself in moving the franchise forward with Fiona Dourif while paying tribute to its past with Alex Vincent. While this sort of merge could be disastrous and lazy for some films, Cult of Chucky is more enjoyable as you play a game of “do you remember the time” and “damn, how old am I?”

This movie is weird (and that’s saying a lot considering the turkey baster scene in Bride of Chucky), the plot is horrible on paper but this isn’t the Academy Awards and if you’re already a Chucky fan, you’re not looking for a plausible and compelling movie about a killer doll. The most heartwarming and complex aspect offered is figuring out how Chucky will overcome his limitations as being a doll to kill someone. This movie is over-the-top, bloody, laugh-out-loud fun, and an unexpected nod to Child’s Play 2 that’s bound to delight its fan. As a long time Chucky fan, I look forward to seeing what happens next (please give us a Freddy Krueger crossover).

Stream On: What’s New To Netflix For August 2020

As indoor ennui takes hold of at-home audiences for yet another month, Netflix hopes to nab the attention of captive audiences with their new...