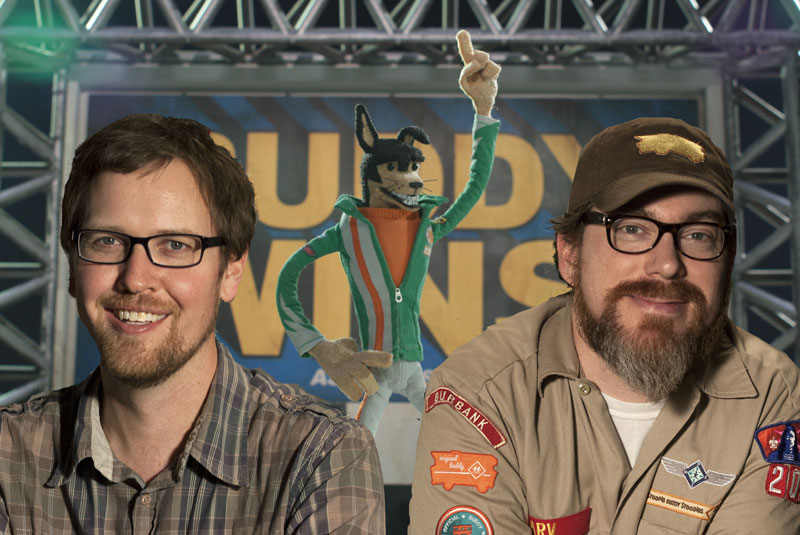 The duo took some time to discuss the series, the origins of their partnership and their influences.

FOG!: Prior to co-founding Stoopid Buddy Stoodios with Seth Green and Matt Senreich, you co-founded Buddy System Studios. How did you meet and as a team, how do you think you complement one another?

Eric & John: We met while animating on season 2 of Robot Chicken WAY back in 2006. Stop-motion animating can be a very lonely experience, so anytime we had adjoining stages we would open up the curtains a little to create what we deemed “The Buddy Hole”. Great way to get to know a fellow animator, and our love began to blossom.

From there we began collaborating on several outside projects and were eventually like, let’s make this official by forming Buddy System Studios! We complement each other all the time.

With Robot Chicken, you currently have the longest running stop motion animated series on television. What do you think is the secret to its success?

Like a hot basket of mozzarella sticks, it’s somewhat digestible and easily sharable. Robot hit on our shortening attention spans before we even knew we had shortening attention spans. It’s great because if you get bored of one sketch you just watch for another 10-15 seconds and you’re on to the next thing. Watch long enough and the show will eventually hit on something you get!

Your latest project Buddy Thunderstuck is a bit different. Primarily, it’s geared toward a family audience, which is a departure. What was the genesis of the series?

We love being a part of a series that’s geared towards a younger audience! When kids watch Robot Chicken, you feel like that’s just some poor parenting. With Thunderstruck, it’s GOOD parenting! Show creator Ryan Wiesbrock of American Greetings pitched us this stop-motion series featuring a semi-truck racing dog and his best friend, and we immediately knew we had to be involved. Plus it had “Buddy” in the title, so how could we say no? 6 years later, the stars aligned with Netflix and we were off to the races!

The animation in Buddy Thunderstruck is really wonderful and a but reminiscent of Wes Anderson’s Fantastic Mr. Fox. Were there any different challenges in developing the style of the series?

Thank you! Like Fantastic Mr. Fox, we wanted to put a bear-like embrace on everything magical about stop-motion. Using real lights and real cameras to capture real furs and real textures. Not in some “artsy-fartsy” way, but in a way we felt captures the insane comedy and action of the show. Which is just a matter of adding a shot of stop-motion adrenaline to an already hilariously written show.

The series airs on Netflix, and you have an interactive episode. What’s the story behind that?

The future is now!! No really, it’s right behind you. With Netflix being both an online streaming service and an amazing tech company, they created a platform that allows for interactive storytelling. Kind of like a “choose your own adventure” show.

When they approached Ryan about being one of the first shows out the gates to be a part of this, we were all like YEAH OK LET’S PLAY. Queue the montage with lots of thinking and charts and phone calls and high-fives. When the dust settled we were left with Buddy Thunderstruck: The Maybe Pile. Check it out on your DVD mail-in Netflix service. Just kidding, that wouldn’t work. 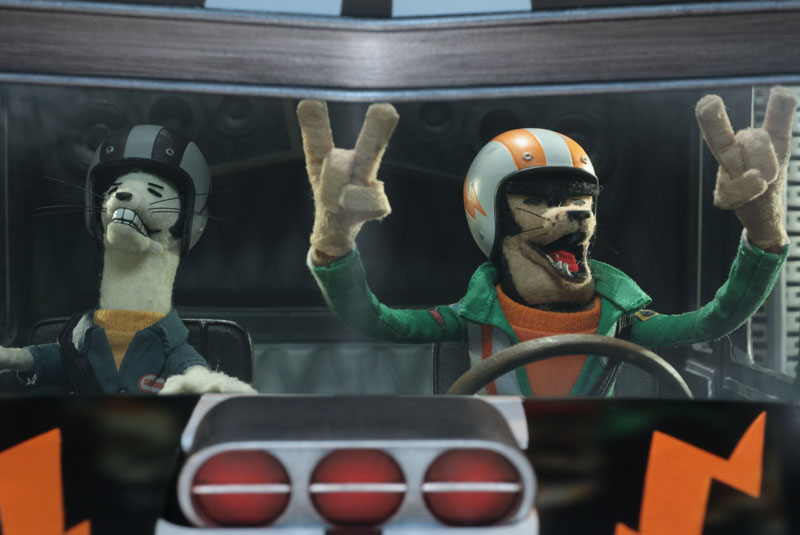 Recently been geeking out over a hand-drawn indie game called Cuphead and the idea of installing a keg with an external tap in our ’73 Winnebago.