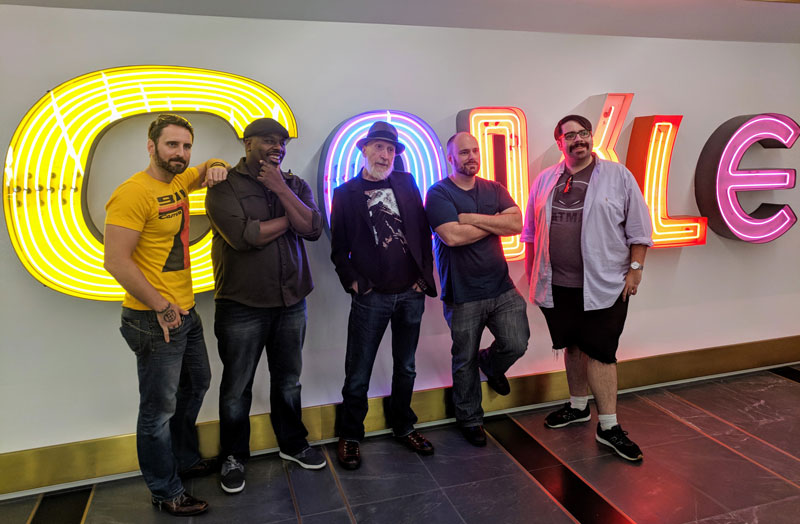 The biggest names from Batman’s past, present and future came together on October 5, 2017 to discuss the Dark Knight’s cultural force for more than 75 years during an exclusive Talk at Google.

The panel was led by comic book legend Frank Miller, writer of BATMAN: THE DARK KNIGHT: THE MASTER RACE and joining him was the Eisner award-winning writer of BATMAN, Tom King; Prism Award winner and writer of DETECTIVE COMICS James Tynion IV; artist and writer of THE WHITE KNIGHT mini-series Sean Murphy; and the co-writer of the upcoming BATMAN AND THE SIGNAL, Tony Patrick.