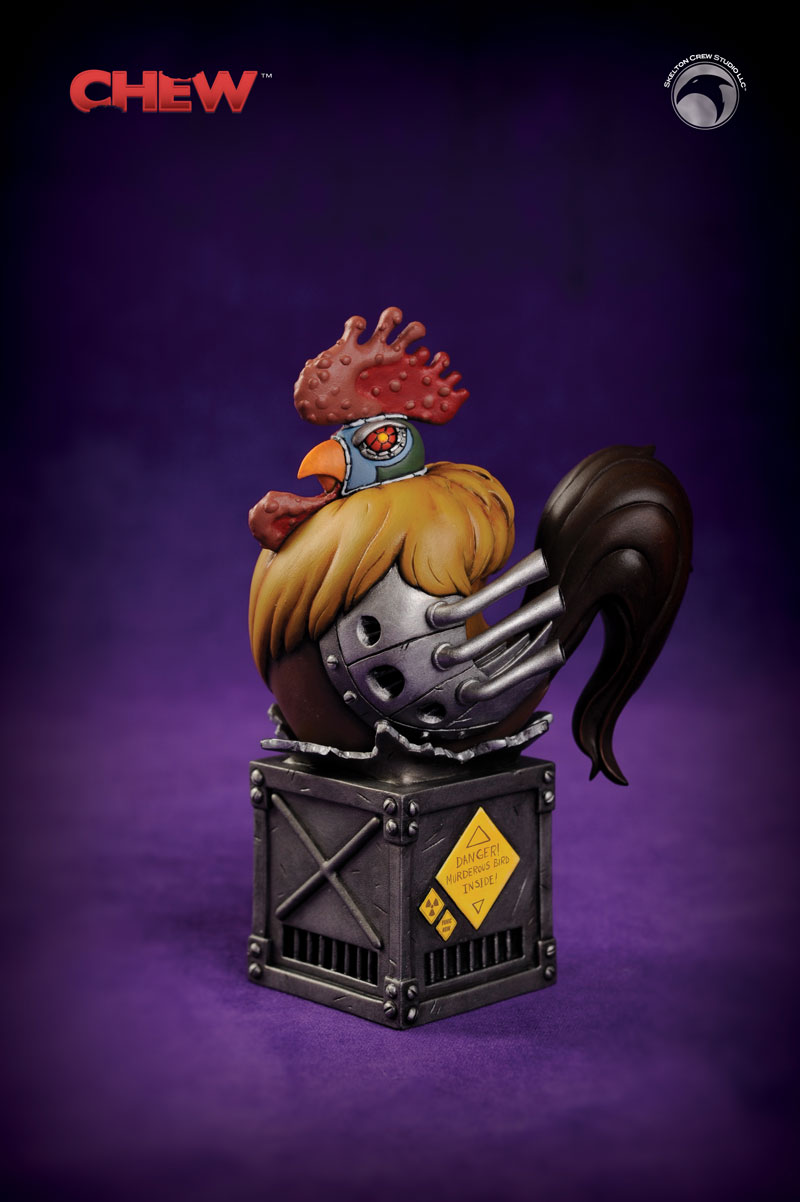 Skelton Crew Studio, a comic book replica studio based in the wilds of Maine, has collaborated with “CHEW” creators John Layman and Rob Guillory to create a brand new mini-bust of fan favorite Poyo.

This officially licensed bust stands 4.75-inches tall and has been long awaited by fans since the original Poyo mini-bust sold out in 2014. Secret Agent Poyo is a brand new sculpt by Jamie Macfarlane featuring the rooster’s cybernetic components, as well as the metal crate used to drop Poyo into hot zones.

Skelton Crew Studio has worked with the “CHEW” creators since 2012 when it released the original pink 6-inch vinyl Chog. Every piece of “CHEW” merchandise released by the studio has sold out hit, so fans are encouraged to order early.

“This bionic badass bird is beautiful,” said studio head Israel Skelton. “The original Poyo is without a doubt one of the most popular pieces we’ve ever produced judging by the number of can’t-you-please-release-him-again emails we get every month, so we’re stoked to be able to offer him to fans again in this gorgeous variant.”

As a sweet fan bonus, every mini-bust will come with a Poyo fight ticket signed by Layman and Guillory.

Secret Agent Poyo is only available for one month, until Oct. 16, before he’s sold out and flown the coop for keeps.

“Skelton Crew has always brought an incomparable attention to detail to every piece of ‘CHEW’ merch they’ve produced, and we couldn’t be happier with the addition of Secret Agent Poyo to their catalogue,” said Guillory. “As always, they nailed it.”

Fans can find the Secret Agent Poyo mini-bust and
other limited edition replicas at www.skeltoncrewstudio.com