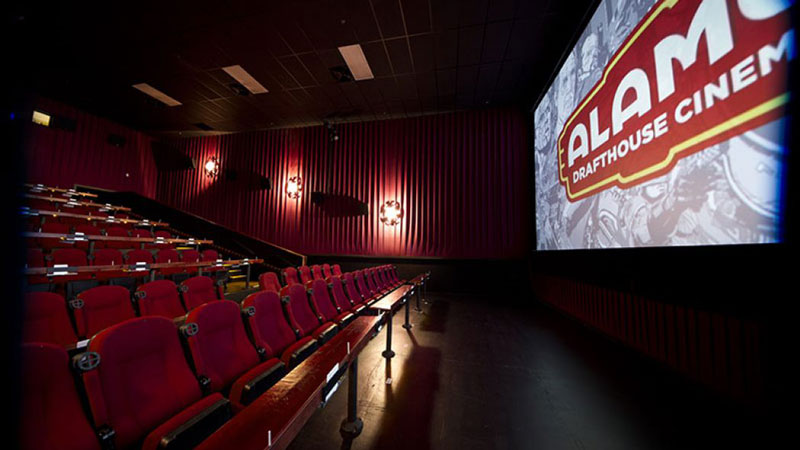 I’ve been peripherally involved in the Austin film community for over 20 years ( peripherally because I attend many festivals, but I haven’t made a film since graduating from college.) The scandal that has engulfed the Austin Film community is different from anything I have seen.

Let’s start at the beginning.

I love the Alamo Drafthouse.

I’ve been a customer since day one, when their pizzas were frozen and their hamburgers were nearly inedible. The first year they were open was my first year of working SXSW. I wandered into the original Alamo on Colorado for the first time and fell in love with the concept. It was a dirty, rickety theatre up a long flight of stairs. As close to a real Grindhouse as you can get.

I’ve admired Tim and Karrie League since I learned their names and saw what they were doing: building a theatre ground-up that has since turned into a juggernaut of film exhibition. The Grindhouse/William Castle/repertory concept still hasn’t been done better.

Fantastic Fest has been my favorite festival since its first year. 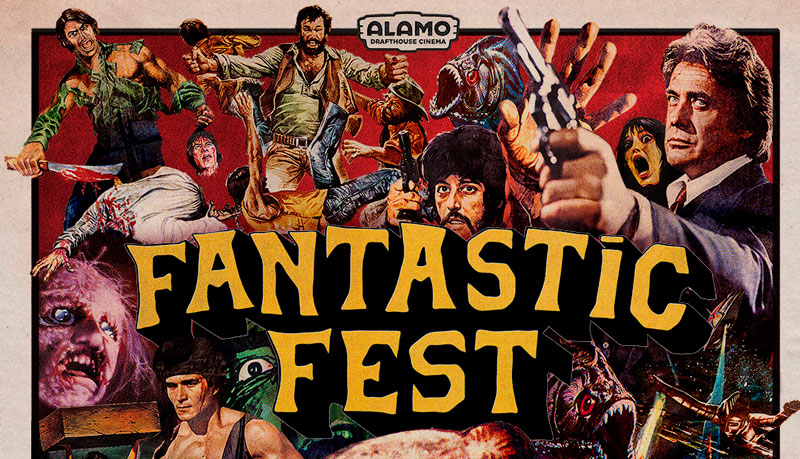 It was the first genre festival that I had ever been to and I honestly felt like I had found my people. Even if I never got super close to the folks at the festival, I always felt at home. (And I’m an awkward dude. I ALWAYS feel a little out of sorts in public.) I found people who loved horror, sci-fi, fantasy and exploitation films as much as I do.

That’s a beautiful thing. Add to that the focus on foreign genre films (each year recently has focused on a different country) and you’ve got the perfect festival for me and people like me.

The first time I saw him, he gave away the ending of a short film during an introduction he was giving at Austin Film Festival. (I’ve never fully forgiven him for that.) I didn’t know who he was until much later once Ain’t It Cool News made it big. And it was still years before I started going to Butt-Numb-a-Thon, mainly by the grace of a few friends who were close to Harry.

Despite not being close to Harry, BNAT became a HUGE part of my year. What geek wouldn’t want to spend 24 hours watching kick-ass movies with 200 people who treated you like family? The years when I wasn’t chosen were hard to take.

Last year was particularly good. I finally felt like I was fully part of the BNAT family. A bunch of us banded together to make sure that a couple who couldn’t make it for financial reasons had the resources to get their butts to Austin and in seats. THAT is the kind of thing that makes Drafthouse and Austin film culture so amazing and unique. Not only that, but I met a very special lady that day who, for some reason, decided to become my girlfriend. (I’m still trying to figure out what’s in it for her.)

And none of this is even mentioning the movies.

Since I started going to BNAT, I’ve gotten to know Harry a tiny bit. Not super well, but well enough that I knew him as a friendly geek who could definitely sometimes rub people the wrong way. I have never been a constant reader of AICN. I go there occasionally, but not often enough to know any one writer’s particular voice. Not even Harry’s.

I tell you all of this so that you know where I’m coming from. These are my people. I feel more at home at the Alamo than I do with my own blood family.

It hurts that this may be because I’m a man.

When Tim League defensively admitted to hiring back Devin Faraci and justified it by saying that Devin was “doing the work” of fixing himself with therapy and addiction treatment, I honestly didn’t think too much of it at first. “Oh, Tim is helping his friend out. Huh.”

Then I did something that a lot of people apparently have a hard time doing: I listened.

I read the stories of former employees of the Alamo and other patrons (mostly female) who had been assaulted by Devin or even other staff members. I spoke with women who shared stories of feeling isolated in the Austin film community and the film community at large.

So, when Tim continued to defend the re-hiring of Faraci after being confronted with how people felt, it was disheartening. Shouldn’t the man who recently helped host multiple all-women screenings of Wonder Woman (defying tens of MRAs to do so) be a little more open to criticism of this decision that made women feel less welcome in his establishment? What was going on? It was so weird and terrible.

Slowly (too slowly), Tim started to come around. Devin resigned, and Tim apologized for the re-hiring and the poor handling of its aftermath. After one seemingly forced apology, Tim finally started to sound sincere.

At this point, stories about Harry started to be made public. People asked why we were all so concerned about Devin, but didn’t seem to care that Harry was still around.

I hoped that the allegations about Harry weren’t true.

But more and more women came forward. Some publicly, some in private. It felt like everyone had a story about how Harry had done or said something that made women feel unsafe. Harry was so flippant about it all. People railed at him, but he just ignored them and tweeted as if nothing were happening. He claimed innocence with the first accusation, but we had all already heard far more than just that one. He couldn’t seriously say that all of these women were lying. Could he? But nothing substantive from Harry came. Just more quick takes on movies. More giggles.
Most tellingly, he began losing his longest running contributors and just said, “Best of luck!” on their Facebook post explaining why they’re leaving. 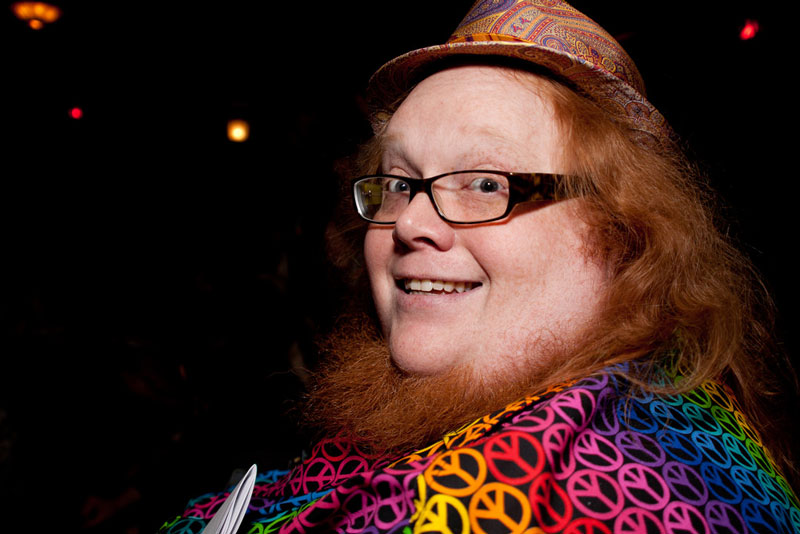 Here’s the deal: I’ve always known that Harry leered at women. One of the jokes around BNAT was “just show some cleavage and you’re in.”  But most of the women I knew at BNAT were close friends of Harry’s. Anytime he touched them or grabbed at them, it seemed like they didn’t mind. Was that only because I wasn’t paying attention? Was it because they didn’t want to let on that they were shuddering? Did I just not want to see something worse? Or was I just “lucky” in only seeing that happen with his really close friends? I really can’t say.

Earlier this week, after liking a tweet that called Austin film geeks an angry mob, Harry announced that he was handing the reigns of AICN over to his sister, Dannie. This was the first good decision he’d made since women started going public. He also said that he would be going into detox and therapy while trying to figure things out. He still did all of this in his flippant style, though. And he seems to be blaming alcoholism (or some sort of addiction) on his terrible behavior. Many people are skeptical about his commitment to change and understanding of what he has done, with good reason.

I loved seeing amazing new films and being surprised and shocked by the older ones that Harry sprung on us. (I especially loved being shocked. Sometimes, I can be a cinema masochist.)

It lasted for eighteen wonderful years.

He’s human and he’s done horrible things. I hope that he’s going to get the help that he needs to not hurt other people. I hope that he’s being sincere and just attempting a to put on a brave face. It feels like he doesn’t know how to process everything that he’s lost. Even if he never becomes a public figure again, I’m pulling for him to be healthy and happier, and to no longer be predatory toward women.

AICN is in good hands with Dannie. Harry needs to step FAR away and do some serious self-reflection and hold himself accountable. (And maybe Dannie needs to take down some of Harry’s creepier reviews. As I said, I wasn’t a constant reader, so I missed a LOT of that.)

The Alamo is magical.

It will go on and hopefully become better and more inclusive. 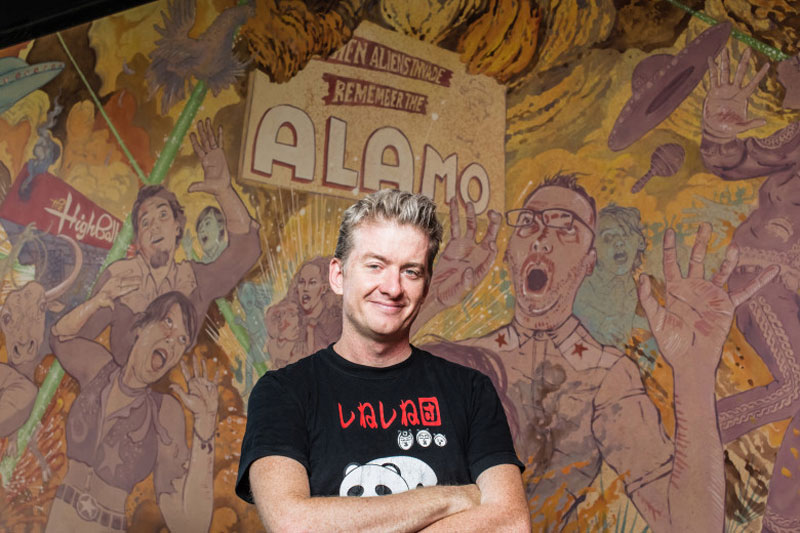 He’s human and sometimes makes mistakes that show he still has a lot of work to do in becoming a better ally. He also needs to work on his business practices even beyond the “boys’ club” that he’s unfortunately fostered over the last twenty years. (Not only have stories of sexual harassment and assault come out, but stories about how awful it sometimes is to work at the Alamo and how bursts of violence are sometimes completely ignored have become public.) I honestly hope that during the meetings that he’s having with his staff all over the country, he’s truly listening to everyone to see what he can do to fix things.

Men, listen to women. Believe women. Don’t tell them to “just stay away from” people who harass or assault them. Don’t tell them to ignore it. Even if the perpetrator is someone you like or admire. Don’t use “innocent until proven guilty” as an excuse to ignore possible assault. Don’t treat the accused with more respect than the accusers. 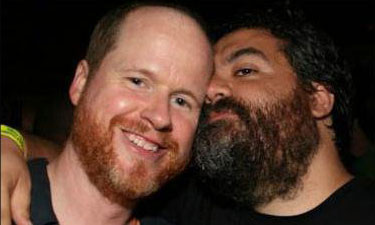 Don’t abuse the trust you earn from being an effective ally to prey on women.

Don’t make your feminism contingent on women appreciating your efforts.

Accept that you will be an imperfect ally and make mistakes.

Accept feedback about those mistakes, and learn from it.

To anyone outside of Austin (which is probably most of you): don’t think badly of all of us because of this. We’re trying really hard. I know this is awful and it involves two of the biggest names (along with many other people who will probably be nameless for a while), but the rest of us are trying to work toward creating and safer and more inclusive culture.

Kristen Bell (not the actress), who has always been amazing, is getting a larger role in the festival and will go a long way to making the Alamo a safer place for everyone.

And the rest of us will help weed out the assholes.