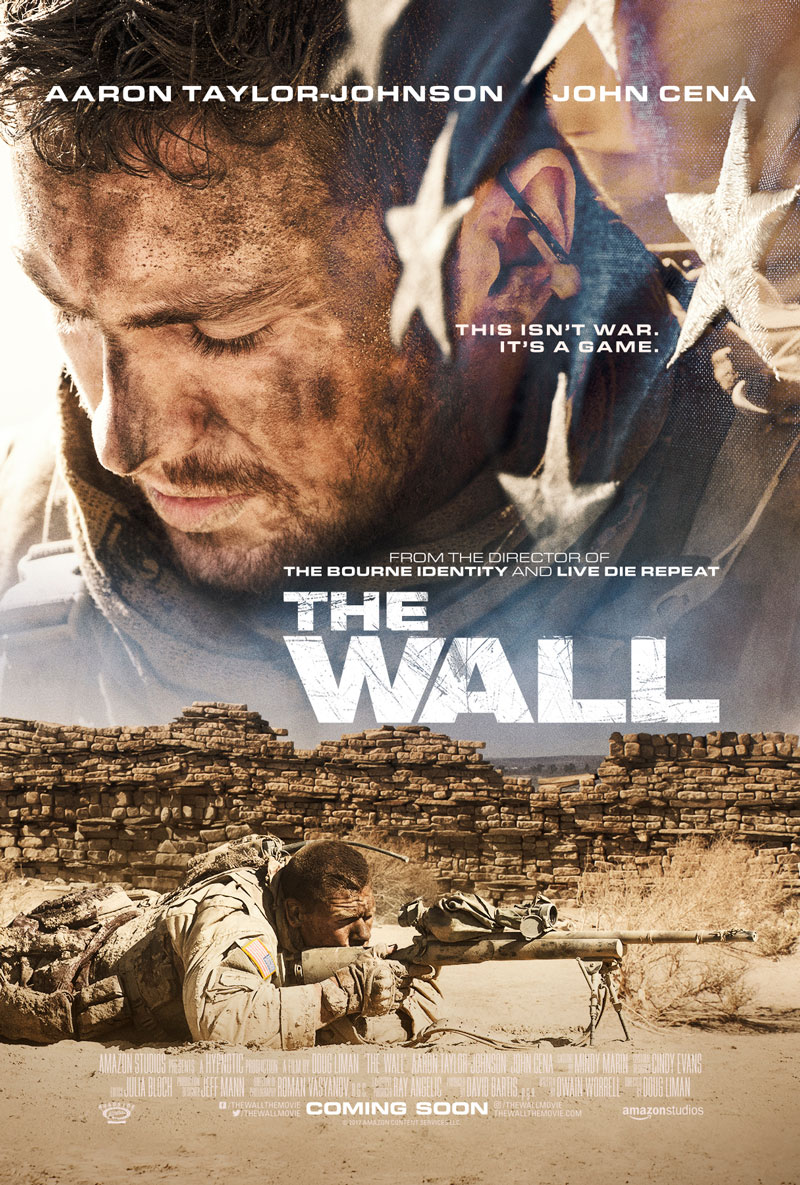 The Wall is a deadly psychological thriller that follows two soldiers pinned down by an Iraqi sniper, with nothing but a crumbling wall between them. Their fight becomes as much a battle of will and wits as it is of lethally accurate marksmanship.

And to celebrate the film’s release on Amazon Prime, we’re giving away a poster signed by director Doug Liman and actors Aaron Taylor-Johnson and John Cena!

To enter, please send an email with the subject header “The Wall” to geekcontest @ gmail dot com and answer the following question:

Aaron Taylor-Johnson and Thomas Brodie-Sangster played these music icons in this 2009 film?