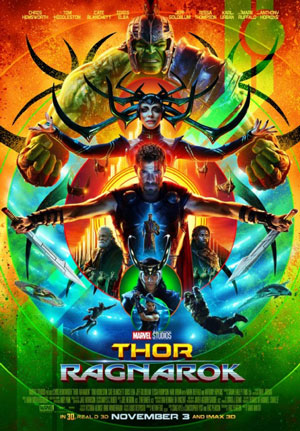 Considering the amount of superhero movies we have been bombarded with in recent years, the times where such films were a rarity seems like a distant memory.

It is therefore impressive that contemporary superhero films have maintained as high a standard as they have, which is largely due to a formula that was perfected with Sam Raimi’s Spider-Man a decade and a half ago.

However, as good as that standard is, it does get rather repetitive with time. Even the mighty Marvel – which has continuously received praise for the offerings of their MCU – has to some extent become predictable, and while this summer’s Spider-Man: Homecoming was one of their better films, the final fight in particular felt painfully formulaic.

Instead, what made the newest version of the web-slinger worthwhile was the relatability of the characters and the refreshing meta approach the film took. Another Marvel property that benefited greatly from the meta approach was the non-MCU adaptation of Deadpool, and while Thor: Ragnarok may not be led by an R-rated motormouth like Ryan Reynolds, the latest film about the mighty Thor is an incredibly enjoyable meta adventure, not least thanks to eclectic Kiwi director Taika Waititi being at the helm.

Much can be said and was indeed said about last year’s Ghostbusters reboot, but something that was quite clear was that Chris Hemsworth has funny bones. As such, while Hemsworth certainly gets to show off his literal muscles in the numerous action-packed sequences featured in Thor: Ragnarok, he also gets to flex his comedic talent, continuously landing plenty of laughs that show just how good of a fit Hemsworth’s talent is for Waititi’s trademark, oddball Kiwi humor.

Likewise, Tom Hiddleston also gets to take a different approach to the character of Loki, as he is also the cause for much amusement as his devious ways become particularly meta, allowing Hiddleston to play around with a different emotional and comedic register compared to previous MCU outings featuring the God of Mischief. The meta aspect is further emphasized by the numerous callbacks to previous MCU films, and while this sort of self-referential in-joking can often become forced, Waititi once again proves that he is the perfect man for the job, as the myriad of references overwhelmingly work, ensuring that both longtime MCU fans as well as the casual viewer will be thoroughly entertained throughout the proceedings.

Cate Blanchett makes for a delightfully dark villain, however, since we are continuously jumping back and forth between Asgard and Sakaar, Blanchett’s Hela is unfortunately left a little too much to her own evil devices, resulting in a somewhat lackluster character arc. What detracts substantially from her potential impact as a villain is that the film is so focused on the humor that the drama feels like an afterthought, leaving preciously little space for any sense of genuine peril.

Ironically, the opposite problem was the case with with Kenneth Branagh’s Thor, where the almost Shakespearean drama that took place in Asgard was the superior contrast to the inferior and occasionally forced humor that took place on Midgard in the God of Thunder’s introduction to the MCU. Thus, while Waititi’s Thor: Ragnarok is by far the best solo adventure of the Asgardian hero to date, one does wish that the humor and drama had been balanced better to make this colorful fun fest a truly exquisite cinematic experience.

Time and time again, the seemingly never-ending maelstrom of Marvel movies has given rise to cries about superhero fatigue, and there is definitely a lot of truth to those allegations. However, as audiences have settled into the habit of witnessing a new superhero adventure on the big screen every few months, the MCU has also been responsible for some of the most enjoyable action-adventure films of recent years.

Being unapologetically true to Waititi’s wonderfully humorous and heartfelt style, Thor: Ragnarok is a fantastically wacky, colorful ride that not only makes for one of the more memorable laugh fests of 2017, but also places itself firmly alongside the best of the MCU’s offerings, drawing particularly fun-filled parallels to James Gunn’s two Guardians of the Galaxy films because of its playfulness and heart.